It has been a while but now we're back on ModDB. While news updates were scarce we were very busy. Here's what has been going on 2009 at The Stargate Mod.

Our last news update has been published a good while ago, making this more than overdue. Although we have only covered it with a news posting in April, 2009 has been a great year for us. With the small team that we are we still have made a lot of progress and covered some of it with blog posts, which since two entries ago can be followed on our developer group page. In one I demonstrate how our multiple skyboxes system for the source engine works and what it means to our mod. The second one is one of our mappers (Fuzyhead) talking about the development of his Roswell47 map.

Media-wise we would like to share updates of two of our already known maps Roswell47 and O'Hara and then talk about what else has been done.
Roswell47 has been getting some polish and some layout changes (or to be precise additions - details in the blog). Check it out: 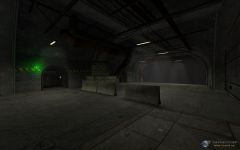 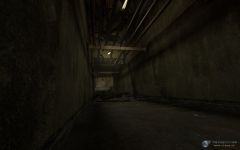 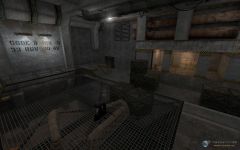 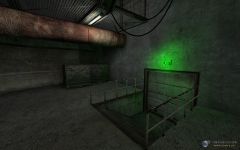 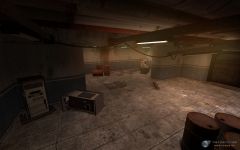 Meanwhile Stino has spiced up O'Hara a bit by bringing the mountain on top of which the temple is built to life: A hot stream of lava now exits the active volcano. 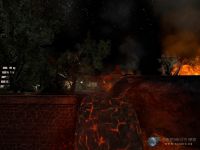 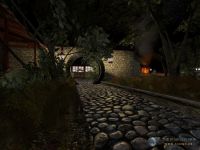 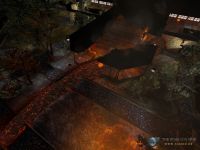 These two maps of course are not the only ones we have been working on. We have some new unannounced maps like Fallen City, Forrest or Greek, which we have not yet released any material of. Lots of progress has also been made with character and weapons modeling which we can finally start bringing in-game for we have added a skilled animation artist to our team.
We've chosen to not show off any more media in this update so we are sure to have loads of stuff to show you in subsequent news postings and blog entries next year - in a more frequent fashion ;).

Now, as with most of our updates this is to be considered somewhat of the pendant to a news post on our homepage, meaning this is also part of our "Christmas Special". The last two years we've made a habit of creating a video of the mod, but this year this had to yield to - in my eyes - much greater news: We have reached a stage in our development where we simply can not continue without serious testing, so The Stargate Mod is now in beta. Closed beta that is. We have invited a set of active SGMod forum members to start testing and playing and testing. Yes we are planning to add more testers to this group and you may apply for a beta spot (I strongly advise adding information about why you think you should be a tester) but a good way to boost your chances is to sign up on our forums and participate in some discussions.
It's nice to finally play bigger matches and there might be a chance of more gameplay video footage in the near future!

Our team is also looking for talented artists with modeling, animating, texturing and/or hammer (level design) experience. Please refer to our ModDB jobs page or the list on our website.

And hey, what do you know, MOTY 2009 awards. And of course you can vote for us, we are grateful for every bit of support! :D

Thank you for reading and we wish you all a wonderful and new year!!! - The Stargate Mod