With this update, we have rearranged the system of all games including employees, Abnormality, and so on. We have created and applied several animation managements by changing not only the system but also the graphic of the employee. Because it is a big update, we would like to explain to the players the reason for each change.

With this update, we have rearranged the system of all games including employees, Abnormality, and so on.

We have created and applied several animation managements by changing not only the system but also the graphic of the employee.

Because it is a big update, we would like to explain to the players the reason for each change. 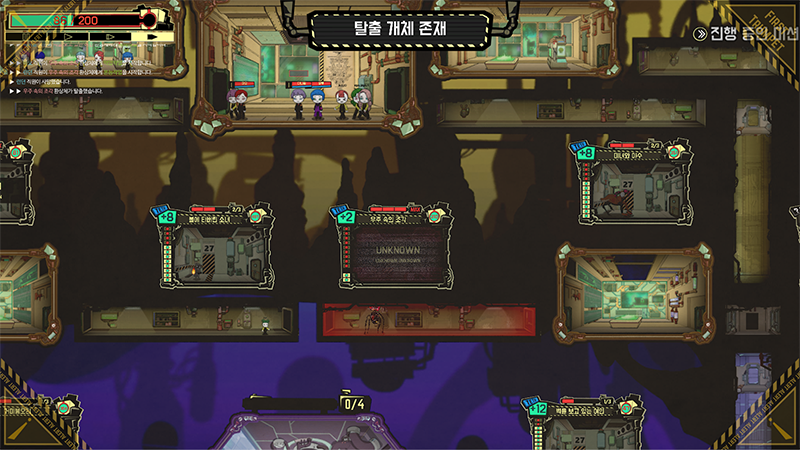 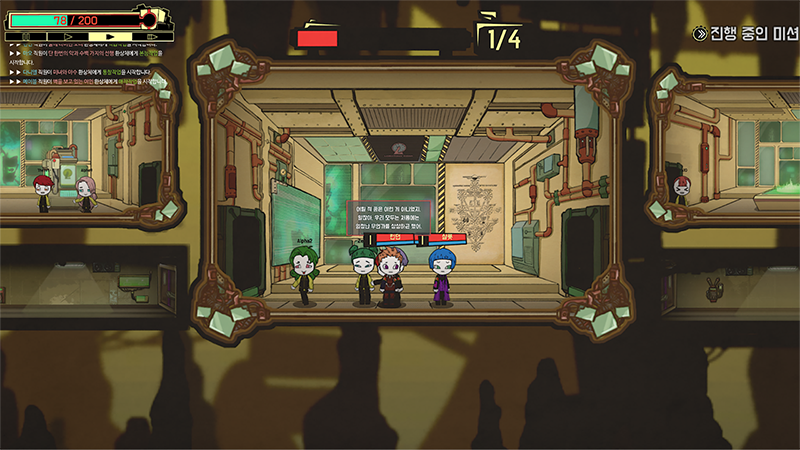 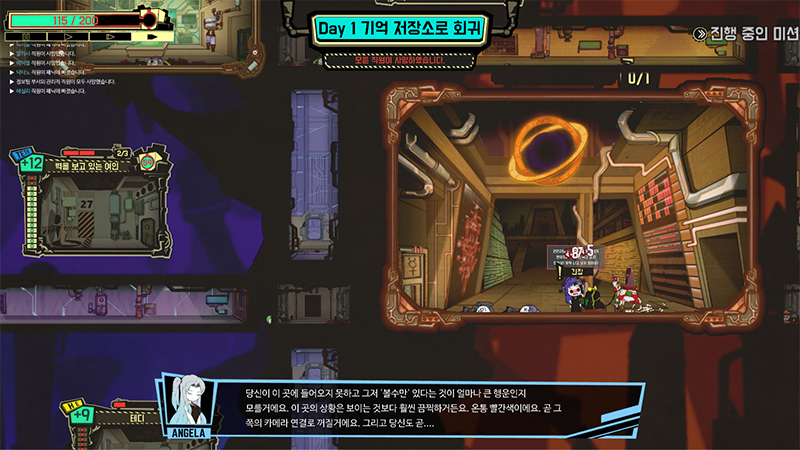 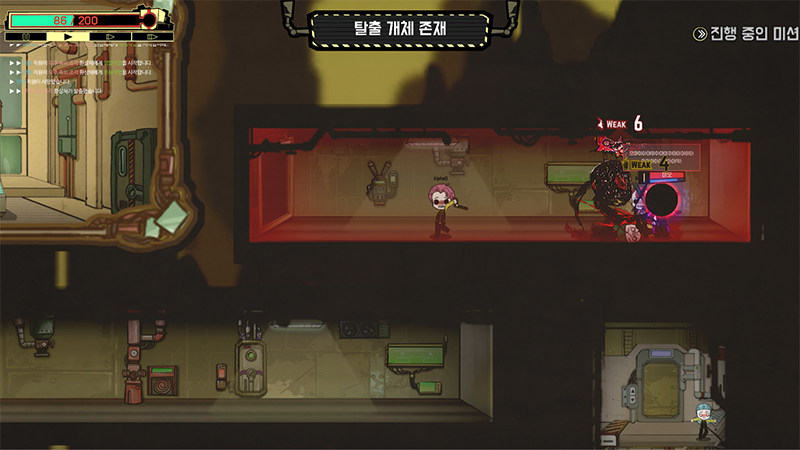 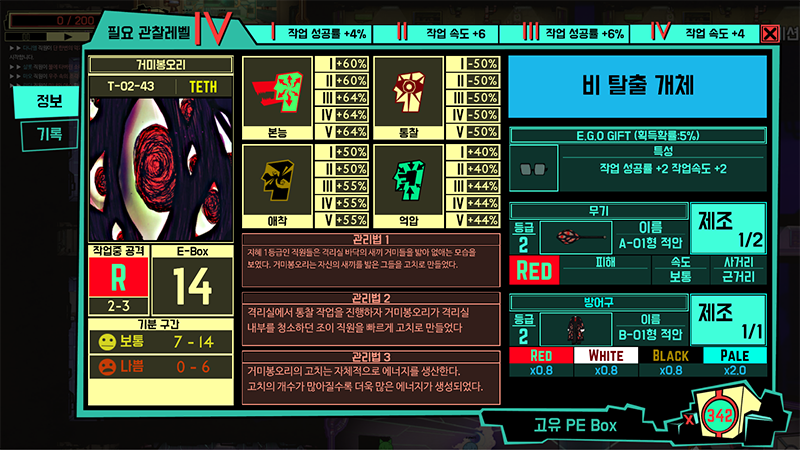 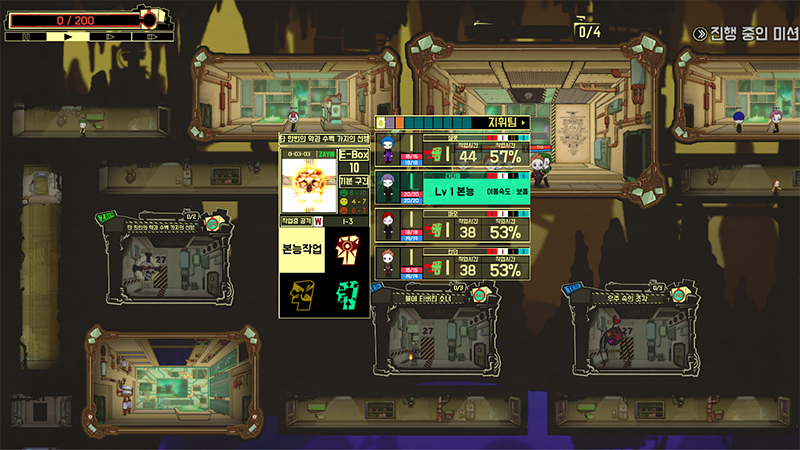 1. System Reorganization
- Delete the time limit-
Previously, Abnormality management was time-limited. Therefore, when the player's hand was slow, they could not cope and reached a difficult situation.

Eventually, the player had to kick in time, and the game we wanted to show did not come out.

Now the system of time is eliminated from the Abnormality management system It has been modified to increase the energy according to the result of one operation in the mechanism where energy increases and decreases with time. In other words, the concept of the mood of Abnormalities changed in real-time disappears, and the atmosphere of the Abnormalities determined by the reaction of the result of one operation.

With this change, the situation in which many Abnormalities escape at once will decrease. However, as a result, the tempo of the game may be loosened, so that later ordeal will consist of militant elements that appear step by step like the older Abnormalities.

There are four attack attributes in total, and Abnormalities have attack and defense attributes. It will also apply to future ordeals

Employees will also have attack and defense attributes. In this process, employees will wear equipment based on the properties of weapons and armor extracted from the Abnormality. By deploying staff with the right equipment, you can be more strategic.

- Employee stats restructuring-
We have integrated the values, gender, characteristics, and status of employees into one. The gender and values were used only as a condition of management of particular Abnormalities, and the function was insignificant. We have worked on simplifying and integrating the existing employees' physical strength, mental strength, work speed, work efficiency and evasion rate. Values, gender, characteristics and current stat systems are now gone. Instead, everything is expressed through four values: courage / wisdom / moderation / justice.

Each value rises from 1 to 5 level, which increases automatically when stats such as physical strength, mental power, etc., are in charge of each value.

Also, depending on the gender and the values of the employees, the systems in which the particular powers of the Abnormalities activated also modified. For example, the rule of "death of an optimist worker works" will be changed to "Death if an employee works under a courage level 2".
The accessories that originally obtained as traits have been made available through the equipment obtained from the Abnormality.


- Change of working system -
Employees randomly assigned to three management works during the initial hiring process. In the past, not only the management work but also gender, values, and characteristics have all acquired randomly, and many elements have been in operation. Now it's not about how to gain an employee, but how to grow it.

Four management works now replace five essential manage works and one individual work. That is, unique works disappear, and there are only four primary management works.

Whenever an employee performs a management work, the statistic of the value corresponding to that management work increases. If you continue to perform 'instinctive work,' HP will increase, and if a certain amount of HP increases, you will be able to have the next level of 'instinct work.'
We intended to foster employees more strategically through the changed system.

There is also a change in the way we work and how we collect energy. It divides success and failure per "tick" of management operations as before. If successful, a 'PE Box' accumulates, and an 'NE Box' gathers if it fails. The energy calculated as the sum of the success boxes (PE boxes).

However, when an employee is killed or panicked and stopped working, energy does not increase.

For example, if the number of boxes needed to complete an Abnormality ‘A’ work is 20, and you have collected seven successful blocks / 13 failed blocks at the end of the work, you will get seven energy.

But there was not enough time to create a real-time observation system where the player would guess or experience the details of the Abnormality.

The encyclopedia will replace the observation buttons. At first, all information locked in the book. You can open the area of the drawing through the acquired success block, and the level of observation increases according to the degree of opening, and finally all information is obtained.

The Abnormality equipment system allows players to equip their employees with equipment strategically and do not want to ignore Abnormalities with difficult management rules.

- Fear damage and Employee level -
Fear damage means mental damage when an employee first encounters an Abnormality. It had applied to the past, but it is hard to know clearly how much damage it was receiving. Also, the employee's level was not significant except for the stats rise.
The changing level of employees is closely related to fear damage. Employee’s level is a measure of how well experienced and seasoned employees are. In other words, less experienced low-level employees suffer great horror damage when faced with dangerous Abnormalities, and high-level veteran employees are not disturbed by WAW Abnormality.

Employee level determined by the sum of the employees' courage/wisdom / moderation/justice values. When an employee performs a managed work, the stats will increase, which will enhance the value of the stats. Repeating this will increase the employee's level.

We wanted to take proper strategic action as time had created and employees had strengthened. Even if it is corrected later, if the Abnormality escapes and moves on to the next day, it will be done in the direction of giving a penalty.

Another change is that the day is done at the user's option. In the past, when all energy refining is over, we automatically go to the next day. Now, when all the energy collected, the player can go to the next day only by pressing the button to complete the day. This system is to provide more opportunities and time to foster more employees. You can do your job to raise the status of your employee, or to repeat the task of getting the success block of the Abnormality. It is intended for repetitive tasks, i.e., farming.

However, to avoid too much efficiency in farming, the employees' stats and upgrades due to work have been changed to a form that only has to do by the end of the day.

2. Graphics, directing changes
UI, Angela, and Sephirah have made many changes. Through this change, we hope to be able to communicate what we wanted to convey in the story and game.

We have changed the graphic of the employee to add Abnormality equipment and strengthen the battle direction. Existing employees have had limitations in configuring dynamic combat and death scenes.

Facial expressions are also divided into eyebrows/eyes / mouth composition, making various combinations possible. In the future, we expect to be able to customize and nurture our employees more freely than ever before by customizing our staff.

- Sephirah -
The beta version of Sephirah did not match the atmosphere that Lobotomy Corporation was delivering. Through a brighter first impression, we tried to develop a dark story later. However, when we planned the Sephirah, unlike the intention, the mood and design of the conversation were implemented inappropriately. This time, Sephirah changed not only the design but also the story seriously.

However, even if it is a modified design and story, it is thought that it can feel lighter than the existing one. Lobotomy Corporation's story will e developed through continuous updates and storytelling.

The episode of Sephirah has five episodes for each episode and will continuously update through updates. At the end of the episode, we are planning a boss battle system, so please look forward to it.

Instead of quickly recovering existing Abnormalities, we will continue to add new ones. With this change, we have been able to create Abnormalities systematically, and we expect to improve the speed of production.

- Ordeal -
The existing trials were intended to be a real-time system that the player clicks and defeats directly. But with this update, we will make use of our employee to overcome the ordeals.

With this update, the time constraints removed and the unexpected situation reduced when managing Abnormalities, so the tension is less than before. We try to reinforce this pressure through a system called Ordeal.

This update does not apply to Ordeals, but we will be able to meet the Ordeals in future updates.

- Panic -
The humanity that collapses in overwhelming fear and desperate circumstances is an experience we want to show you in our game. However, the behavior on the panic was not systematic. In the future, we will further reinforce the elements of panic to show various aspects of our employee and facilities.

- UI convenience -
We will continuously improve the visibility and comfort of the inventory, illustrated UI.

Previous version can be played through the Steam Beta version!