After a few months working on Little God Story, the game has been tested last week. The prototype was well-advanced and needed to be played to better understand what are the pros and the cons of the game.

A lot of things was noted. Here are a few ones :
- nice graphics in general
- gameplay is working well
- lack of ambiance
- lack of story telling
- lack of details on meshes

To make the world more credible, there is many options. The first way is to add meshes used in real life such as furnitures. It makes the rooms credible because they have a real function. Adding moving objects can be another option. The object interacts with the world and/or the player. The map seems to be less static. Foliages and trees interact with the wind and add movement, suach as water. Adding a river, a waterfall or running water add ambient sounds and movement. 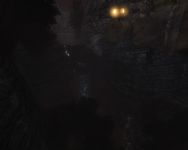 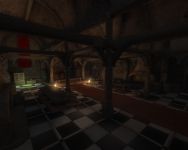 Little God Story is a story. I begin to work on it by adding voices during the game. Little God speaks a lot with the voice in his head. This way will be used to tell the story. Little God is cynic because he was put in jail centuries ago by the other gods. He try to save the living just to save his own life. The Little God characters will be funny and will add humor to the game.

Here is a little trailer to show the progresses of the development. It is a in-game video.

I like this kind of games, can't wait to try.

adds ANOTHER game that i cant wait for haha

Nice video, don't know if I care much for the music in it, though. =P

Looks promising yet sounds absolutely awful. Although the trailer did make me smile.