From the creator of Soldat, finally after what is now years the anticipation is over. Some have already been playing Michal Marcinkowski’s new 2D multiplayer shooter in private testing sessions and they haven't still left, which is a sign they might like the game. This is the first reason for releasing an early public testing version. The game is at a point were it is so enjoyable that it must be shared with a larger

Posted by Michal.Marcinkowski on Nov 11th, 2010

Even though this game is not finished yet, I want you to play it and get a feel of the world of Link-Dead. If this is the first time you hear of Link-Dead please read my first announcement about this game. The spirit of this game can be seen in those words. Briefly, Link-Dead is a side-view multiplayer only combat game placed in a post-nuclear war setting. You can pick one of two teams. One is an advanced elite warrior faction calling themselves the Ubermen. They walk in full body armor and possess futuristic guns that can be modded with a range of gun attachments. Ubermen's goal is to hunt Mutants which are a race of post-war people adapted for living underground. They don't have any advanced weaponry but use guerilla tactics like building improvised bombs with laser tripwires and using predator-like camouflage to hide.


The alpha version contains one map called Chemical Factory; a gamemode called Huntdown were the goal is to kill all mutants before the time limit hits; about 14 weapons and the same amount of gun and bomb attachments. We've been testing this for a few weeks and it is dozens of hours of fun. It is already complex with a lot of options to play with but what's more important it is constantly being developed and new stuff will be coming all the time. 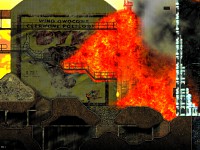 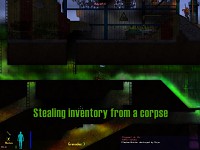 The game also comes in with a built-in map editor which builds upon the custom graphics engine I made. The editor is I can say without shame the most advanced 2D tile map editor in existence. Instead of using pre-drawn tiles the map is drawn with a technique similar to a paint program. If you're a hardcore mapmaker and can live for now without a detailed help manual you can make maps with it. I hope somebody will learn it and help build official maps with me. This is a second reason for releasing early.

The third reason is because I need funding. Game making is the only thing I do and if you don't help me out I won't have time to fully commit to this great passion of mine. I want to create the most awesome and original 2D game ever and I won't stop unless Odin himself stands in my way. I need money for myself to live and to purchase new game assets for Link-Dead. I want everything in this game to be top quality and I hope you notice this while playing. This forces me to pay for a lot of stuff you will see and hear in this game. 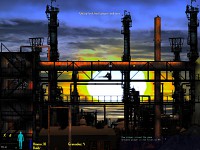 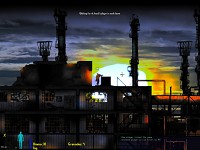 I want you to pay me whatever you feel you can or should pay me in exchange for hours of multiplayer fun.

Yup, that's true. I'm not asking for any fixed amount of $ just pay me whatever you can and you can go on and start fragging.

The joy of drilling a dude against the floor after he tripped over a bomb. Shooting a mutant in the head while he tries to pathetically escape screaming in agony on his broken legs, is all gonna be your moments just in a few minutes.

Don't wait cause this won't be forever. The full version of Link-Dead once its out will be probably subscription based or costing a fixed amount.


When you have purchased you will be immediately e-mailed with the Link-Dead alpha installer download link.

There might be a situation that the game does not work for you or doesn't work as expected. I know there might be problems with really old video cards and cards with Intel Chipsets and ATi HD Radeon. I offer you in this case a full money back guarantee. So you have nothing to lose! However if you get your money back I won't be able to fix the issue for you, so it's your choice.

I set the minimum requirements as follows:


Linux version only works currently in dedicated server mode. If you want to host a server you will find a link to the Linux binaries in the e-mail you get.

go fixed amount for the fullgame sub based will kill it