Hello everyone! I’m Ryan Huggins, the designer of Dad Quest. Today we’re gonna take a very brief look at one of the design philosophies central to my approach to Dad Quest’s tone and humor. This approach is shared with the other members of the team, but this post probably focuses a bit more on my thought process. Hope you enjoy!

Dad Quest is a game composed of weird situational humor, action platforming, and subversion. So with that said, most of what makes Dad Quest, Dad Quest, is not humor, but the approach to the game’s tone. That tone arises not necessarily from the jokes themselves, but from the CONTEXT in which they occur. Context is one of the words that comes up most often when we are discussing Dad Quest and in a lot of scenarios, it is context that makes what might be a truly terrible, sad, unfunny sequence into one that makes the player smile or laugh. As a designer, that context is what creates a space where you can subvert a player’s expectations, and therefore allows you to be funny in a satisfying way. 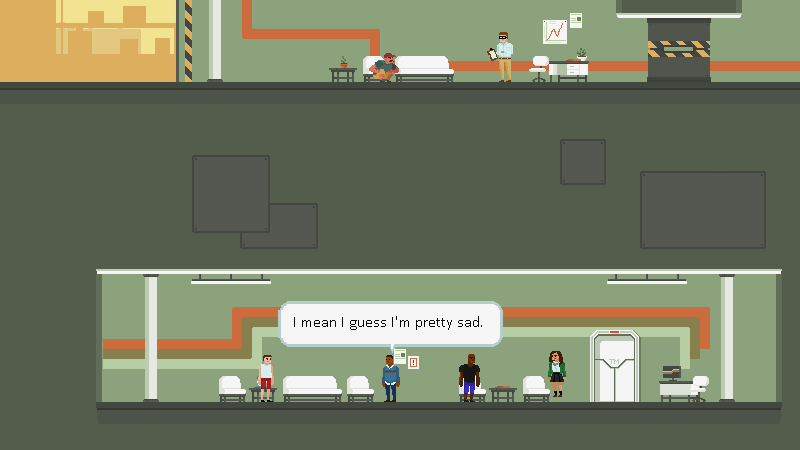 So, making levels in Dad Quest has been an interesting experience for me. Normally, I wouldn’t really consider myself to be a level designer, ESPECIALLY not for comedy games. In fact, previously I believed that level design, systems design, and narrative design were so intertwined that it would be almost trivial to differentiate between the skills required for the development of small games.

Oh boy, WAS I WRONG.

Here are some examples of just a SMALL portion of the sketches I’ve done just for the first 30-40 minutes of the game. I would say this makes up about 8% of the total sketches and only 1.5 of these images even have any connection to what’s currently in the game. 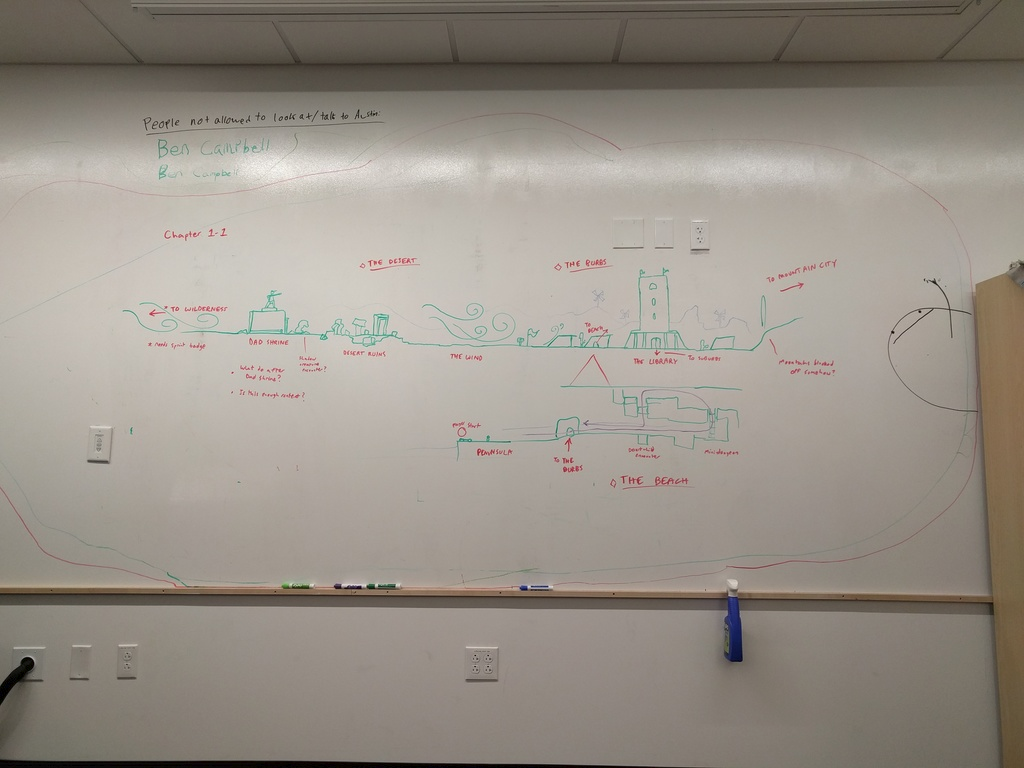 Level design and implementation is such a huge part of the game development equation that it takes up almost 70% of my development time on Dad Quest. I not only had no idea how time consuming it is, I also had no idea just how difficult it is to get right. 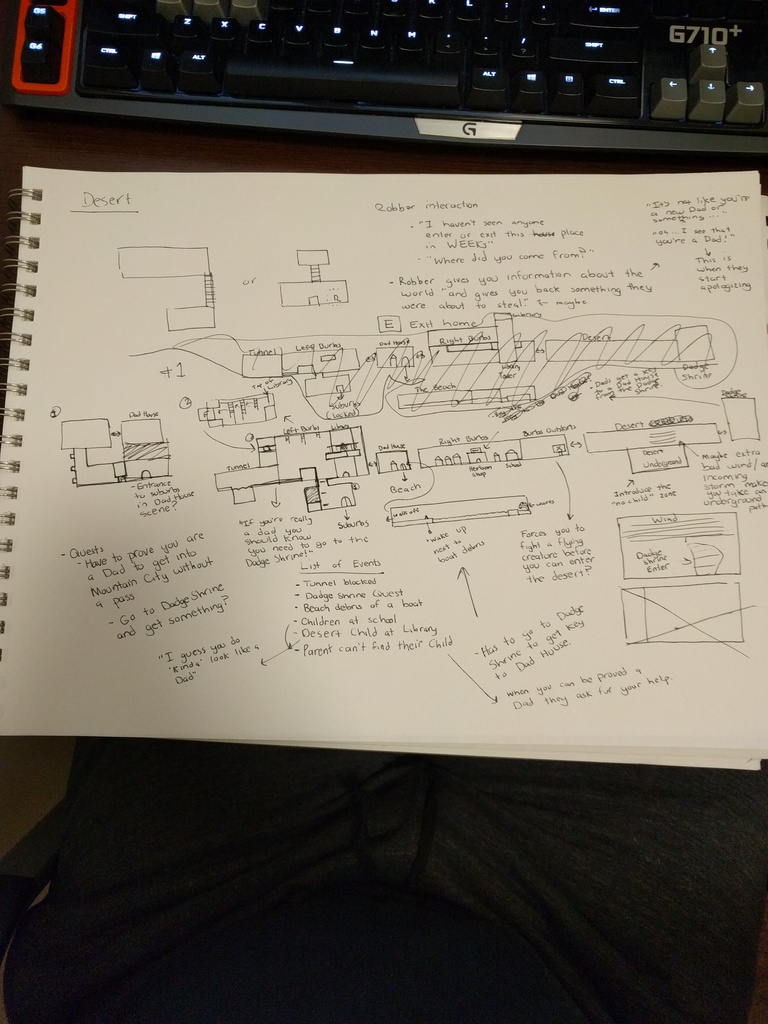 To many outside viewers of Dad Quest, it might appear that our focus might be on what's ‘funny', or what is outlandish and weird (especially because we make so much silly promotional content), but that is not necessarily the case. We learned not to do this pretty early in the game's development, because one question that was asked pretty frequently was, ‘What is funny?' Unfortunately, as we learned, what's funny isn't always what's fun - and even moreso, being funny in a vacuum is not satisfying. 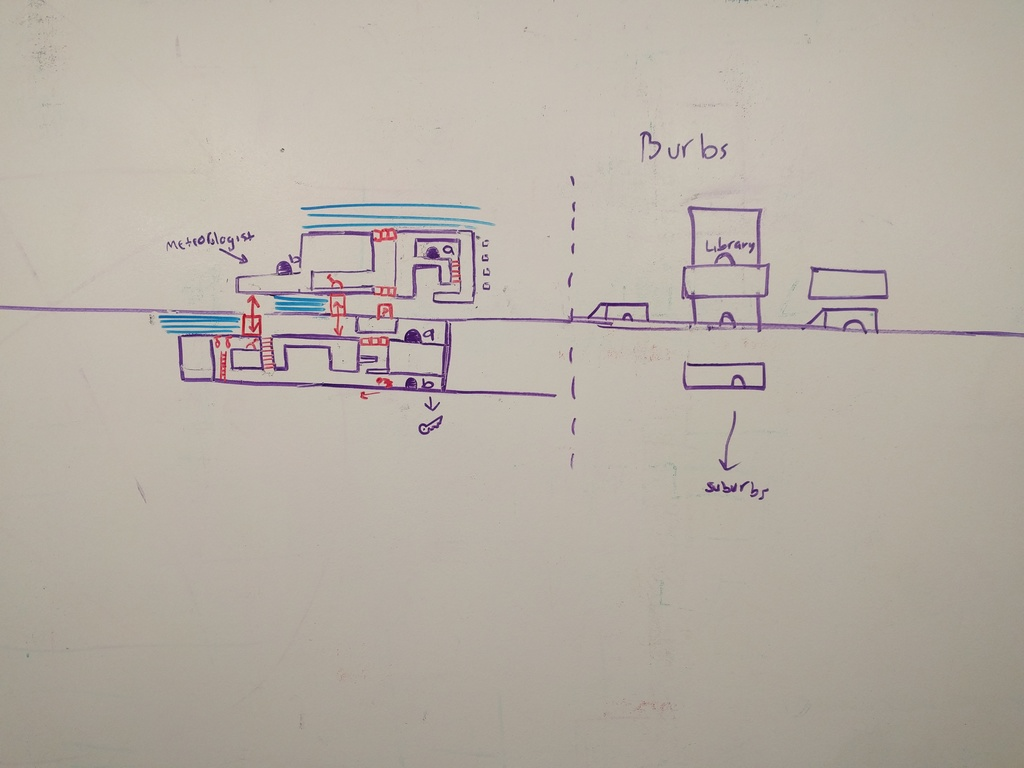 As I grew as a game designer and into my design role for Dad Quest, I developed what I believe is an even better question: ‘Does the context of this situation lend itself to a humorous outcome?' This question changes how you approach the problem in a number of ways and that perspective change (context change, even) means everything to me when I think about how I'm setting the stage for any interaction. (An additional easter egg is that you can replace “humorous” with any type of outcome and the question still works!) 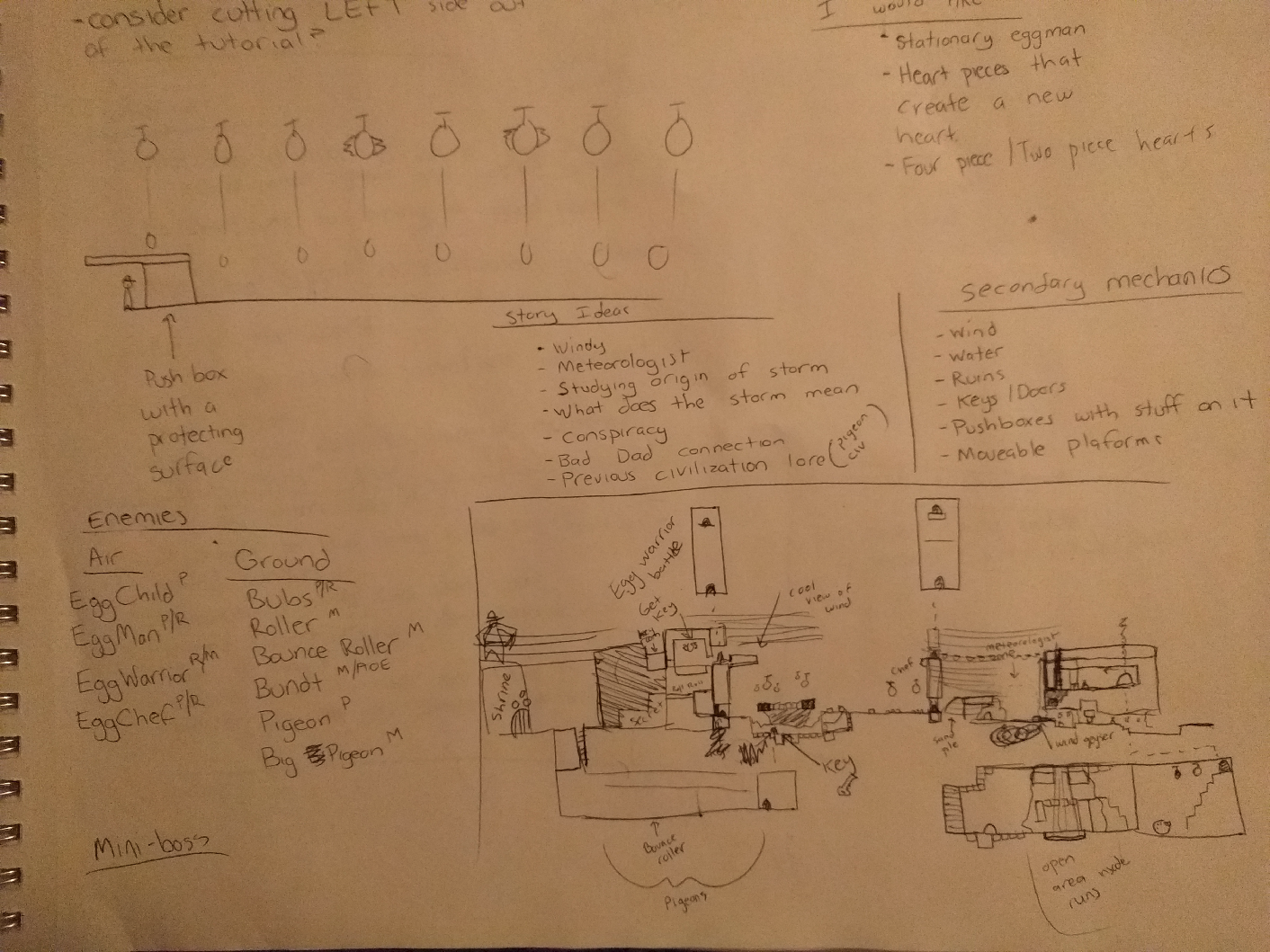 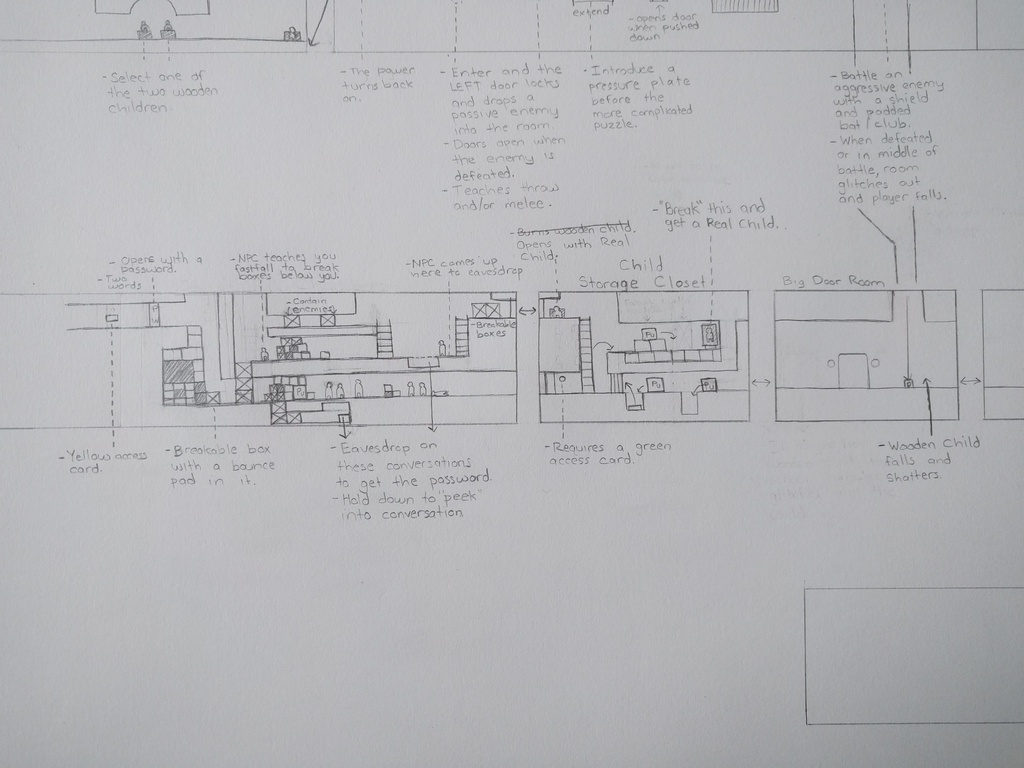 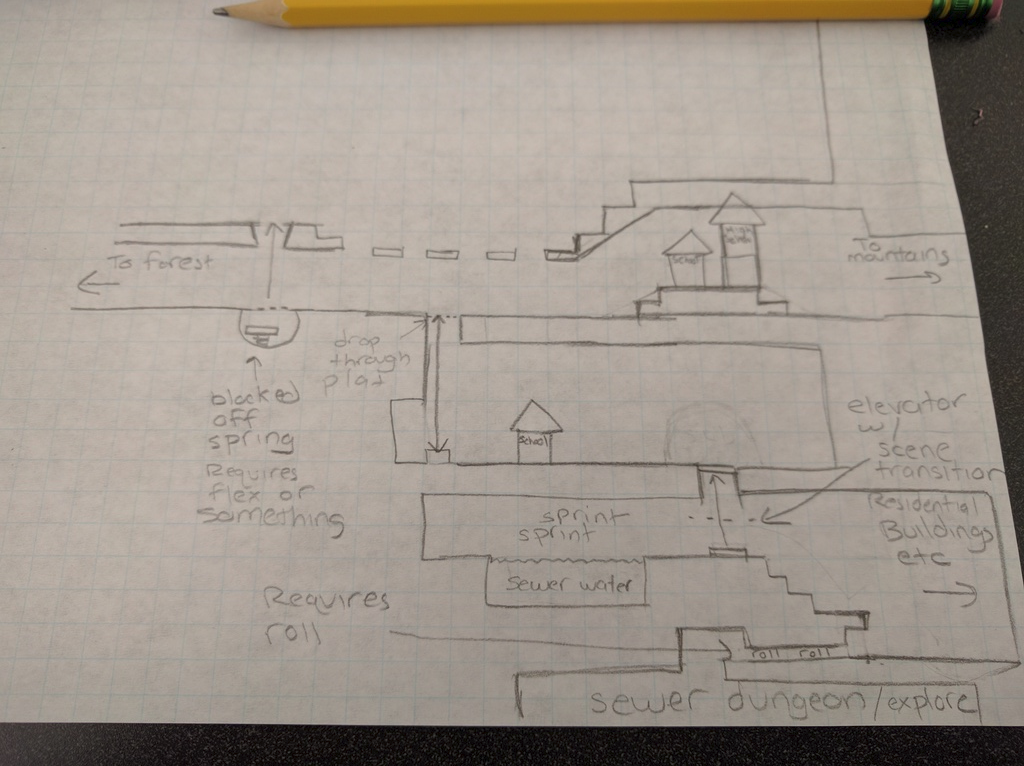 So, how does our comedy philosophy work its way into Dad Quest? As I’ve said, comedy is, in a lot of ways, not something that we meticulously plan out in Dad Quest, but as a group, we laugh a lot and have a lot of fun. We try to channel that into our game’s context, setting and world. Really, we just work quite hard to create that narrative, gameplay, and visual context where a lot of funny, subversive, amusing, or just ridiculous things can happen. This is very much our preferred work environment! Then, as game developers and artists, we let these things happen somewhat organically within the game. The writing, gameplay, art, music, etc existing as a way for us to facilitate the telling of our story. And that story is just a bunch of bad (dad) jokes that we created a whole world for, so that they could exist without feeling arbitrary.