***The first two levels are still live on the steam workshop. So far they have had 550 downloads and some great feedback which I'm really pleased with.***

The mountainous interior of Isla Sorna is where we begin our journey in to level 3 traditionally known as Industrial Jungle. A winding series of gulleys and small valleys that leads to the central island town of Burroughs.

Home of various raptor tribes, the player will encounter more wildlife than previous levels making travel through the open spaces more treacherous. Ammo needs to be used sparingly as resources are few with the exception of some wrecked and stranded vehicles from attempted work carried out during the expansion of the power grid for the island. 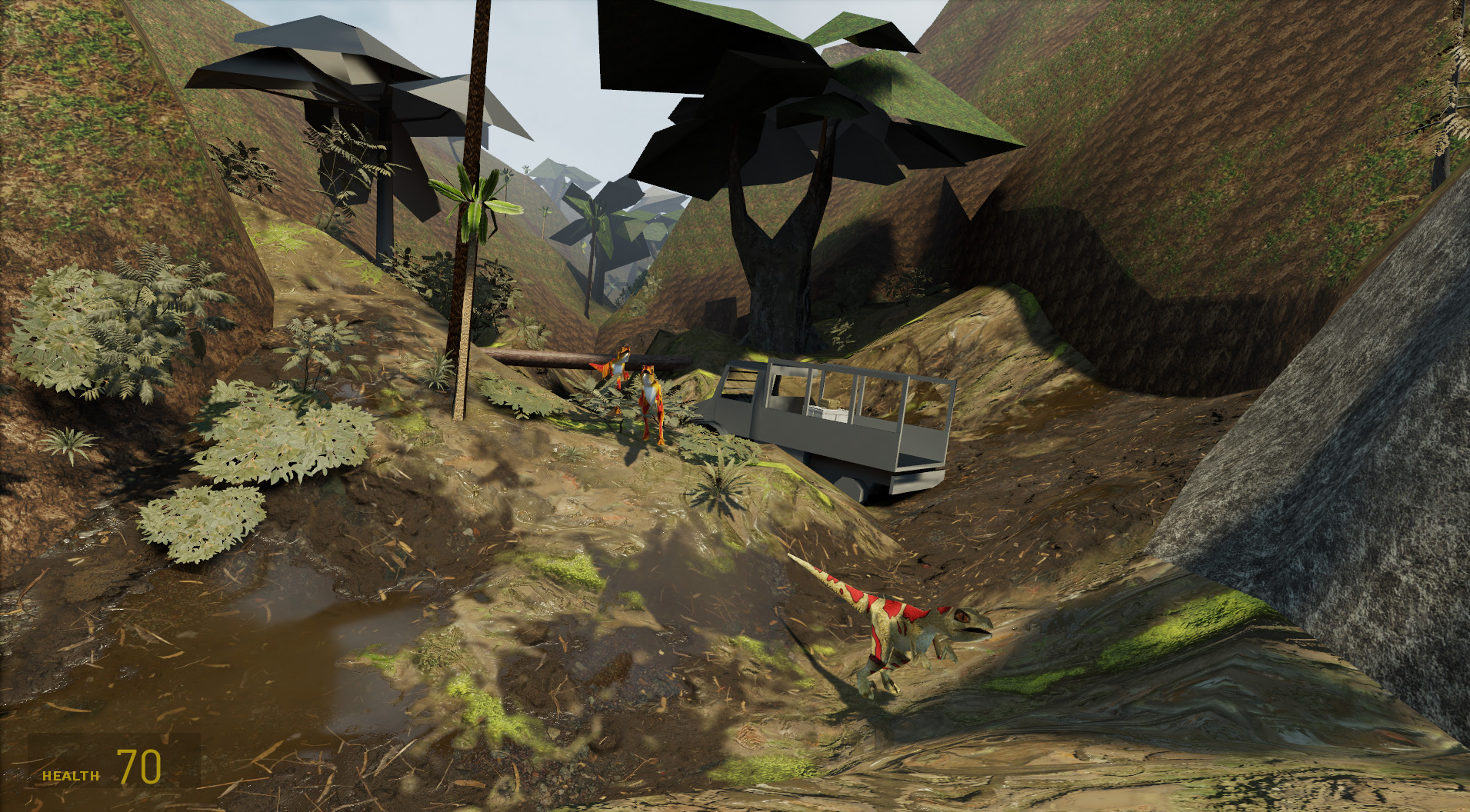 Care needs to be taken in open valleys as larger creatures have been spotted expanding their territory. Larger dinosaurs are less distracted by gunfire from small arms and are likely to become more enraged.

The mountains in this region became known as a difficult area to pass on foot, often requiring scaling rocks by hand. Some additional resources were built for easier traversal however they have been left to degrade for the better part of a decade and are likely to be in need of repair.

Once out of the gulleys and up over the mountain ridge, the player has made it to the Industrial valley where they need to follow the power lines towards hope of rescue in the town of Burroughs. 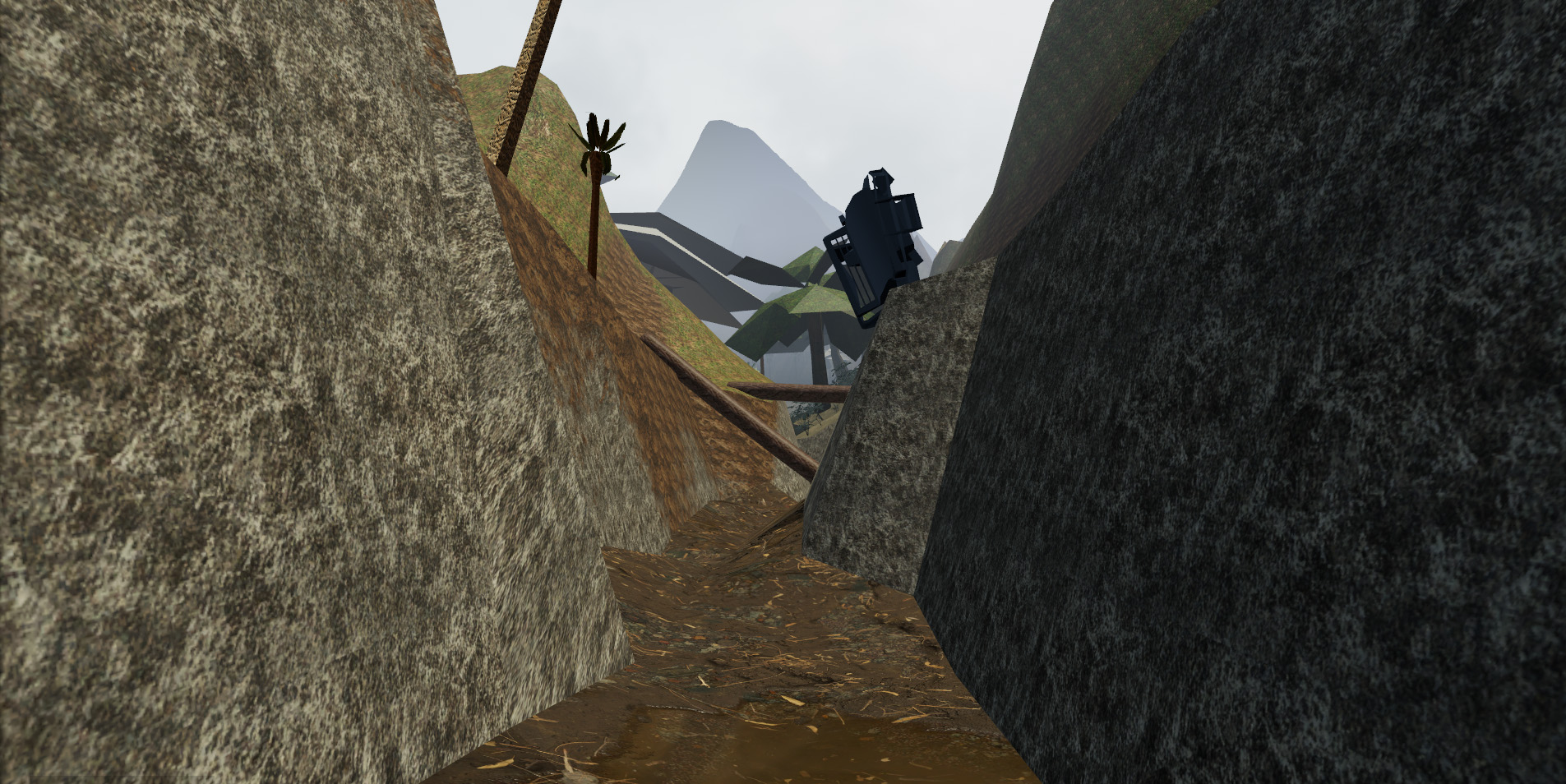 The pleasure has been all mine! :D