Legendary Ball for PC is now available on Steam Greenlight

Posted by alternative.dreams on Jul 3rd, 2015

Legendary Ball for PC is now available on Steam Greenlight

There are four types of randomly generated maps:

Was improved the storage of the current game, with the preservation of the map for a level failed.

Enemies follow the main character moving and jumping.
There are TEN enemy types, with different characteristics and speed.
The more advanced enemies can not be killed by jumping on them. 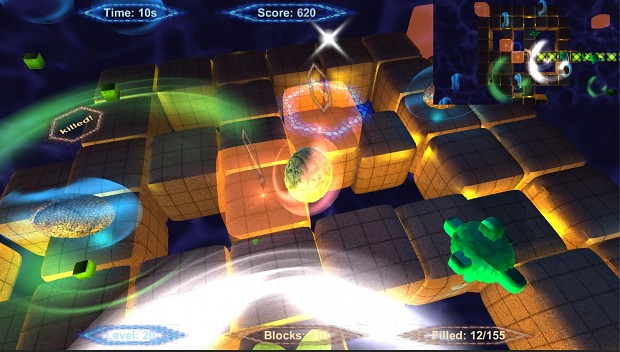 Bonuses are spherical objects placed randomly on the maze.
They can be moved and are deadly for the enemies.

The game is practically infinite, the number of levels is unlimited and therefore the real challenge is to fill as many blocks as possible to become a legend.

You can select various game options, including the camera, game difficulty levels, the number of enemies and their speed.
All this to offer an even richer gameplay.

The game saves the complete statistics of the game in progress, including the score, time played, enemies destroyed, blocks filled, jumps, levels completed, levels failed etc.
In this way, lovers of statistics will have even more pleasure in playing.

The game will store up to 100 high scores with its partial statistics.
This will make real the challenge to become a legend !! 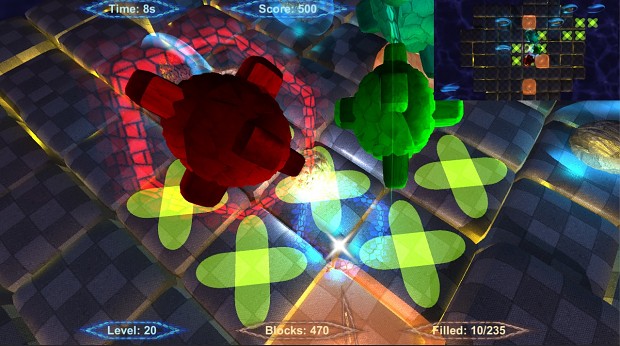 Each level is generated procedurally with the algorithm of construction of random ‘Dungeon’.
Even the main character, enemies, blocks and everything are placed and constructed randomly.
In this way, the game is always unpredictable and dynamics are always unknown.

In each level there are the bases from which the enemies will appear.
These enemies will follow you to kill you.
This way to overcome the levels you’ll also face fierce fighting from enemy waves.