So it's finally time to release LBKR 2.26! There are 449 changes / improvements / new implementations for this release and 138 bugs have been fixed in total, but to avoid posting a wall of text I'll just summarize some of the more important stuff.

The game can be downloaded either from the files-tab here on IndieDB or by visiting the LBKR website's download page. A full update/release log can be found here.

The UI has been more or less completely overhauled with new layout and look. Furthermore all UI elements are less opaque to avoid the game environment bleeding through, making some texts nearly impossible to read. 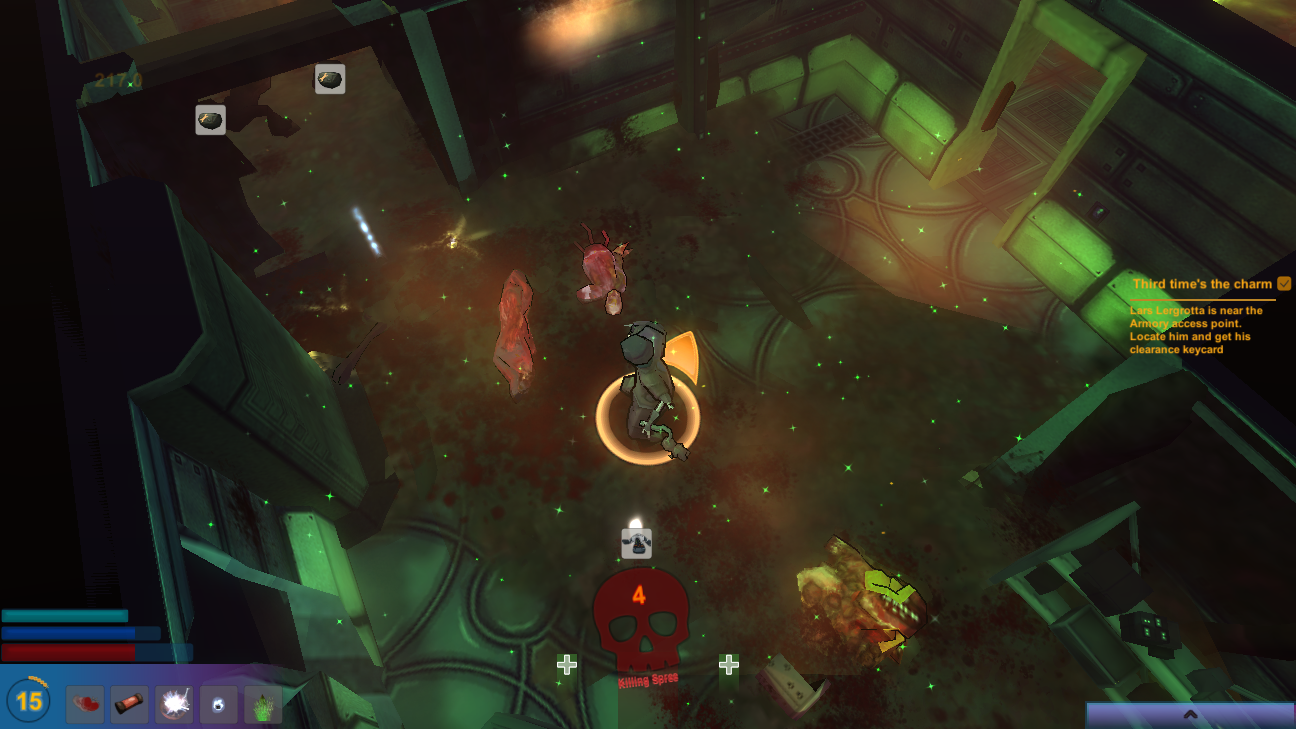 The UI initialization behaviours have been optimised and more detailed tooltips and easier navigation has been implemented.
Most visual fx have been improved along with all gore visuals, including a new splatmap texture used by all monsters that will paint blood stains on their meshes when killed. (Requires gore to be enabled in Game Settings.) 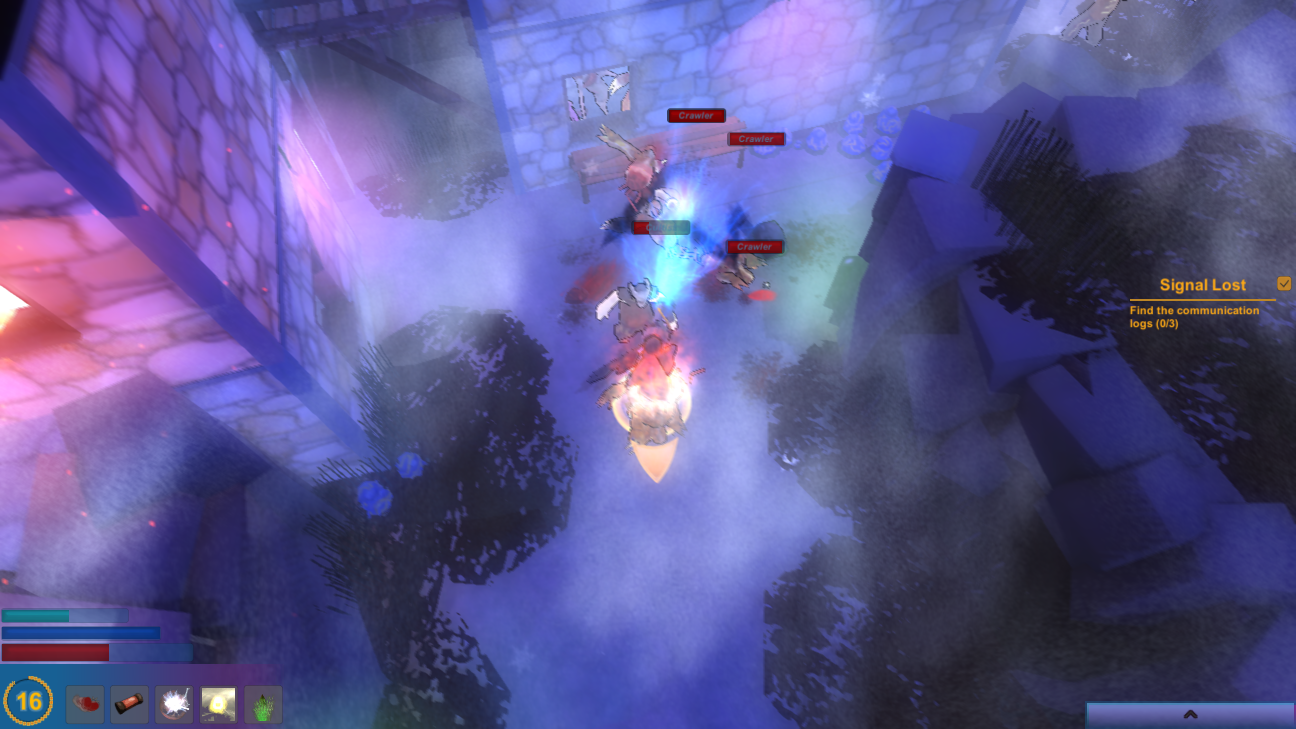 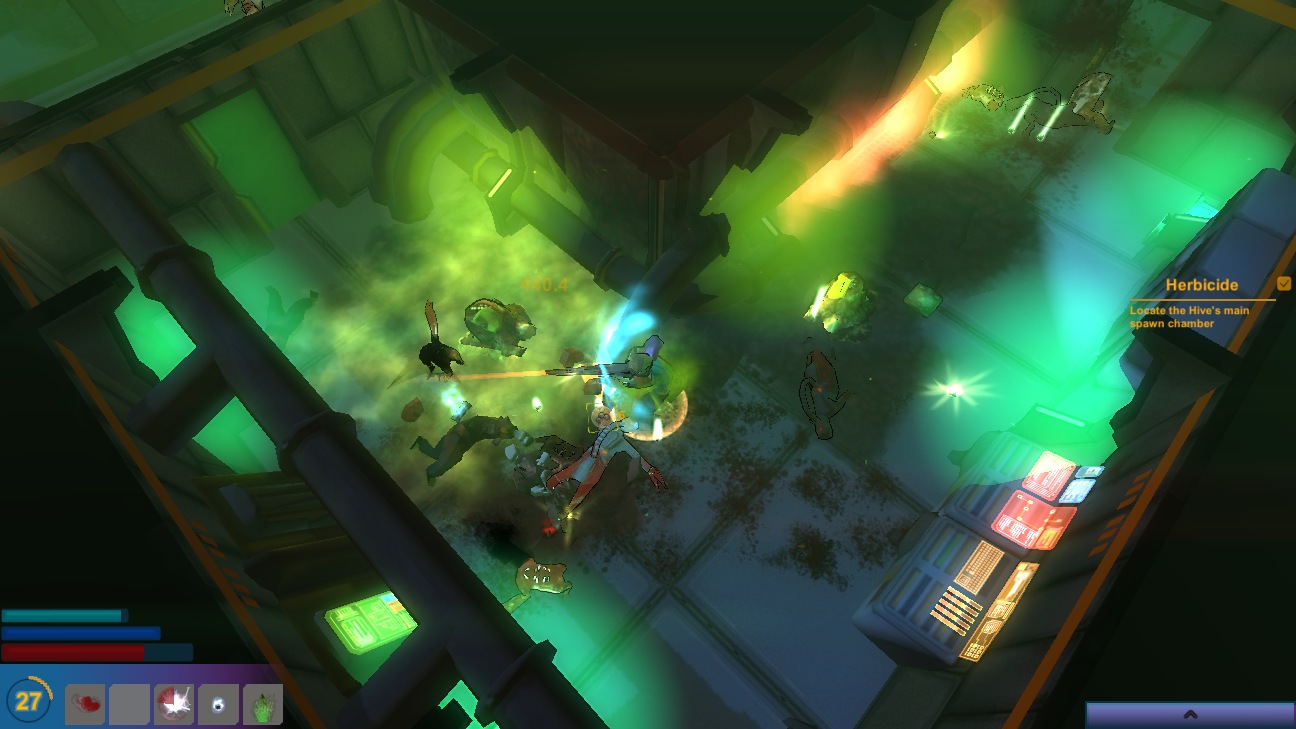 Overall optimizations done to most in-game particle systems, shader used for nearly all in-game nature / foliage objects now receive lights and the water shader has been replaced by the standard Unity engine water shader. While this water shader does not look as awesome as the previous one, the z-depth bug that made particle systems and transparent materials flicker if rendered above a water surface has disappeared.

4 new story chapters have been implemented, you may now continue your characters adventure by entering the escape pods found at the end of chapter 5 (The Bridge).
On top of this more than 150 new world chunks has been created, new secret areas and 13 new (randomized) world events and 7 new missions. 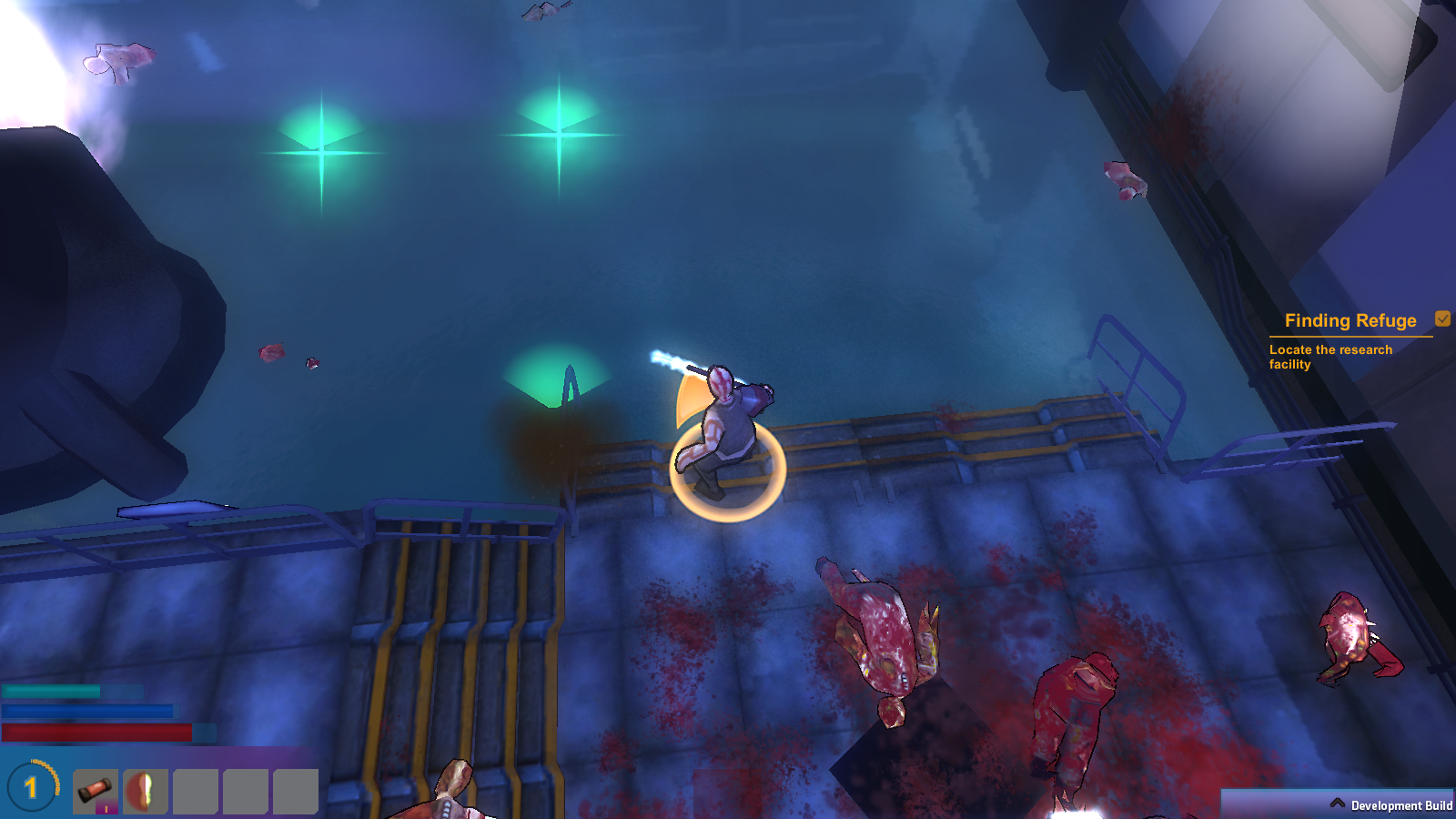 The Procedural item generator has been greatly optimised, now consuming only 50% of the memory it required in previous versions, all item generation members have been improved and balanced, weapons now go through additional stages before dropping to further randomize its properties.

A new game mode has been implemented called "Badass". Characters created for badass mode still play through the storyline but opposed to the default game mode, death is permanent, better loot is dropped and game statistics are saved up until the time your character drops dead. 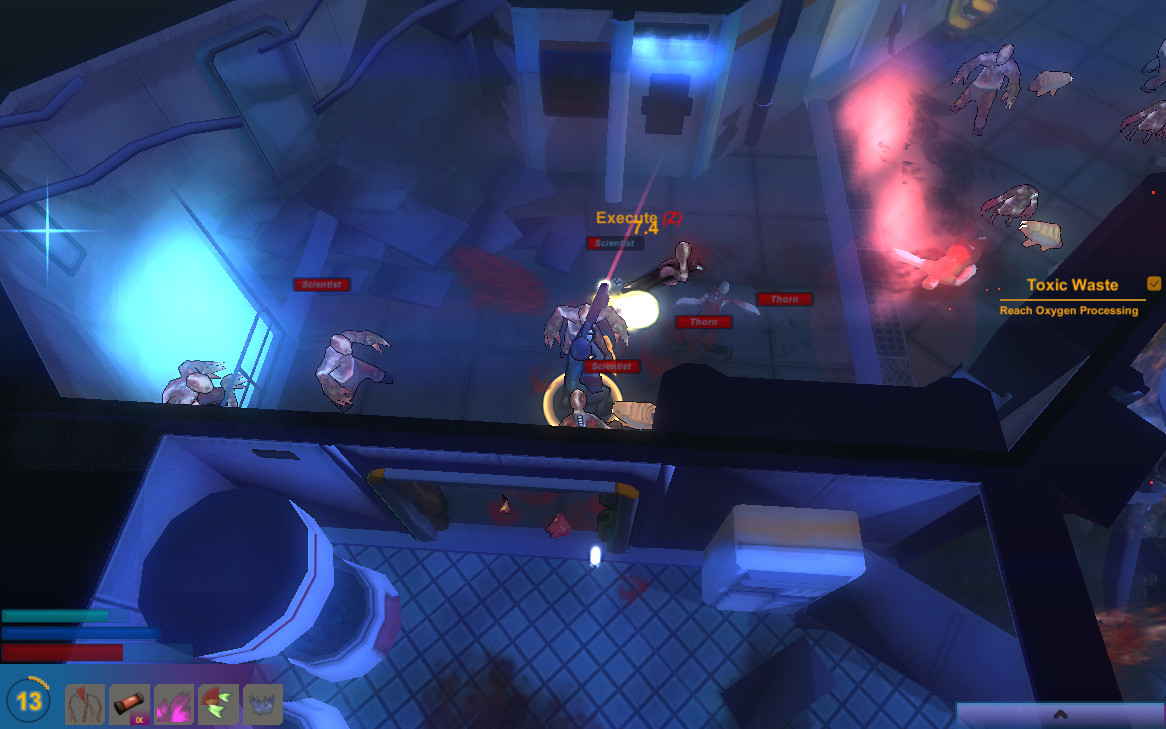 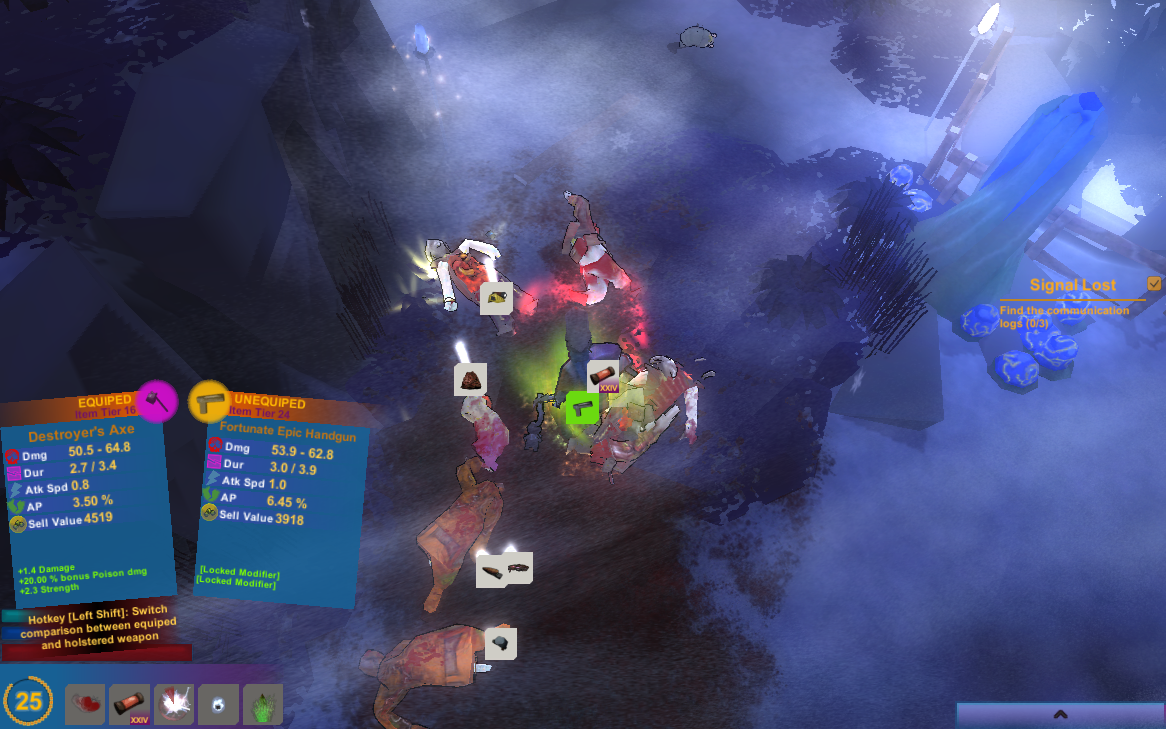 On death the game will calculate an overall "Badass-score" that will be saved for your scoreboard, aswell as a summary of your character's set of skills and inventory by the time you died.

Exquisite items ( ie. the most rare ones ) now have a "super modifier", the super mod is unlocked by purchasing all common item modifiers attached to the item. Super modifiers provide you with powerful effects that can have both passive and active effects.A new (equipable) item type has been created, called "Runes".

Ancient runes provide the best properties but require a sacrifice to be used, ie. reduced health, inflicting damage on the user over time, reducing your armor rating etc. etc.

Other things worth to mention

Overall, alot of optimisation's been done, among other things numerous improvement's been done to physics handling, world collision and geometry for all maps.
Lots of gameplay elements have been balanced and improved, also the algorithm calculating the monster level has been improved, and to this- item tiers are no longer determined by the players level, but has instead been nested into the monster level algorithm to make sure that the player can't go to low-level areas and farm crazy-good gear.
Oh, right! I've also added 20 new achievments!

Great to see more updates and a new version! Thank you for supporting Linux. I'm looking forward to seeing the new areas, monsters and features in-game.
Keep up the hard work!

Thanks, I'm glad that it seem to be appreciated! :) More stuff coming soon!

Hey, I played a bit in Linux last night and couldn't use the menu in fullscreen. Windowed worked fine, but in fullscreen the buttons do not work at all. no highlight or anything.

Thanks for pointing that out, I will have a look at this issue as soon as possible. By the way, if you toggle fullscreen mode on after loading the game (ie. pressing "play" in the menu) does the in-game UI work or are you faced with the same problem?