As far as incredibly difficult decisions for game developers go, postponing a launch date is one of the heaviest. Last week, after much deliberation, we pushed Planet Nomads launch to 25th May. It was a hectic time during which we braced for massive impact - but it went unbelievably smooth. Our Nomadic community is the greatest.

Postponing a public release of any game is nasty. Even more so when you do it 24 hours before the launch. Which is exactly what we did last week. Under normal circumstances we should have been crucified by the gaming community. We were fully aware of the consequences, but did it anyway. Find out why and what happened next.

There are two reasons why. Firstly, it was the Alpha Nomads who pushed us to carefully weigh the decision whether to launch or wait. We knew postponing launch never plays well on the expectations, hopes and trust of gamers, so we were stubbornly going for it - hoping that the Early Access stage, a quick series of updates and a strong community would counteract the fact that the game had indeed been in need of performance optimization, a more detailed tutorial and most of all it should be way more intense on the senses and emotions of players, to make them really feel the unfavorable circumstances of the main character. The hunger, the first, the fear of the unknown and determination to somehow beat the odds.

And secondly, when we did announce the postponement, they backed our decision wholeheartedly. Mitigating all the damage and basically vaporizing any significant aftermath. We are in their debt, which we have already started repaying by fulfilling their wish - to improve Planet Nomads and get it ready for the general gaming public.

First Batch of Improvements Came in 0.5.1

They were all about making the building more user friendly, empowering users to excavate the voxel terrain more quickly, about improved wheel physics and rebalanced survival. For a full list of changes see the 0.5.1 patch notes which can be found in the Alpha Patch Notes thread on PN's forum.

Further Changes That Will Be Happening

We've held a big meeting on what can be done in a month and decided on three core aspects of Planet Nomads that will greatly improve the first impression the game's going to make. It's optimization, playability and immersion.

We've been continuously optimizing Planet Nomads throughout the whole development process, but Alpha Nomads and Youtubers have experienced performance spikes and stuttering that is plaguing the game from time to time. We've already made progress in this department. Started reworking our particle system, brought down the number of colliders on models, and spaced out the CPU load throughout more frames. We'll be rolling out an update for the closed-beta next week with these improvements already in place. 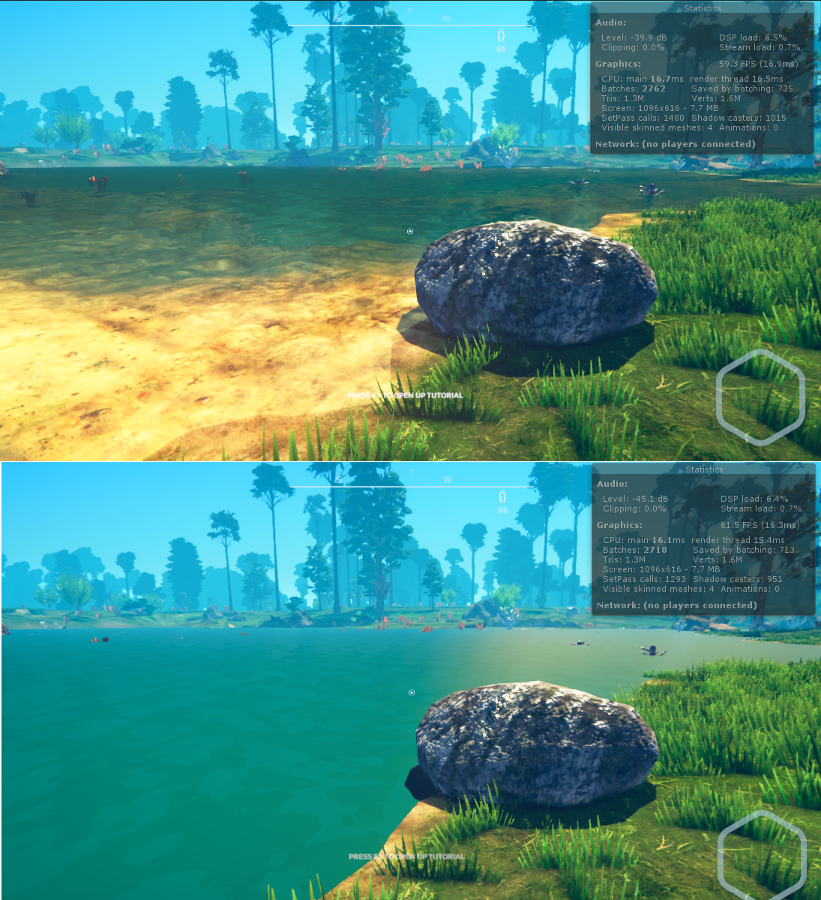 To cater to a wider line of PCs, we'll include more settings in the Graphics Options Menu - such as water transparency.

Playability includes everything from the way survival is balanced (the number of materials and food found in biomes or the size of the inventory) to the way the game unfolds to new players. Generally speaking we'll be making the game more user friendly. Make the progress through the tech tree more intuitive. Turn building into a more fluid and faster experience. Introduce unobtrusive tutorials and explain various game mechanics.

An overused word these days, but it does express perfectly what we're trying to achieve in Planet Nomads - a more powerful experience when playing the game. This includes better animations of the main character, more impressive multi-tool effects and subtle screen shakes and full-screen effects for various game events - mostly when poisoned, tired, taking damage or generally close-to-death. 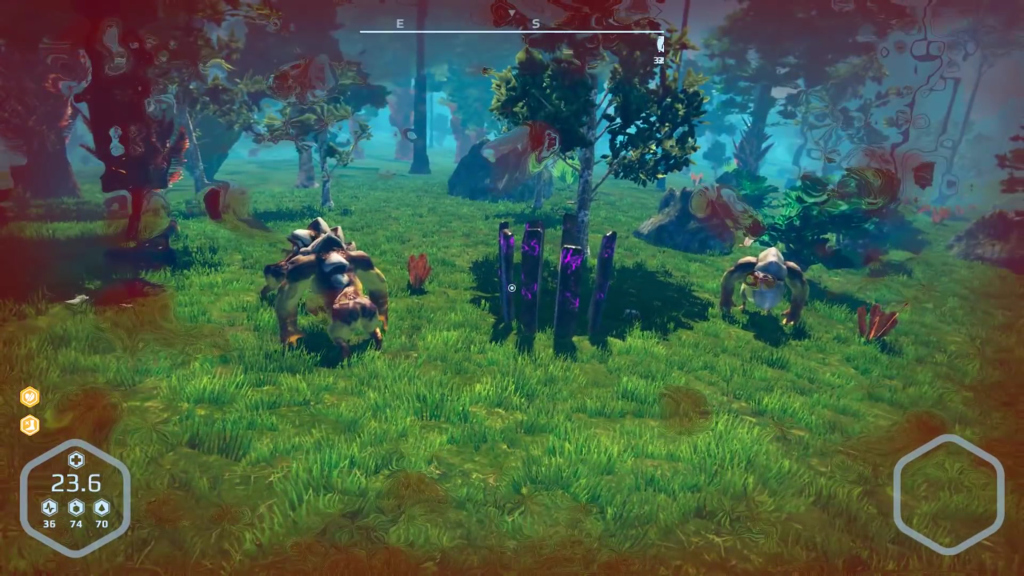 Planet Nomads Launches on 25th May

We have about four weeks left and we're fairly confident these four weeks will make a huge difference in how the game is received on Steam Early Access and as a Game in Development on GOG. Don't forget to put Planet Nomads on your wishlists to see how Planet Nomads fares on the launch date.

Thanks for your time reading and have a blast of a day.
-Craneballs 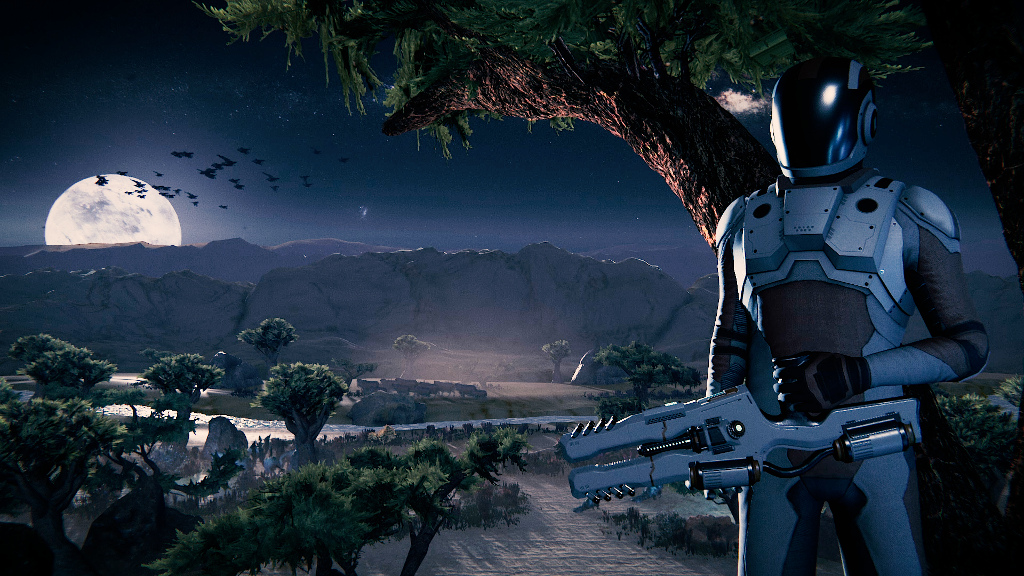 Making the choice of delaying the game only gives gamers more faith that you're good dev's. It shows you care more about the end product and your fans, rather than being like EA would wouldn't give two ***** and release a broken game so they could pull in money.

I look forward to seeing the finished game.

You can despise EA, but indie and major game companies are not the same things. EA has certain obligations it has to fulfill, like commissioning the DVD production, and puting the same game on the shelves at the same time on the whole planet. Several hundred thousands, millions of people are waiting for an EA game, hence the souless marketing angle really pushing the corporation. Heck, they spend tremendous ammount of money on each game.

And here is an important point: The developers (usually) are guilty in every EA controversy. Development is an industrial endeavour, and a major studio must be able to organize the production adequately.

I must admit EA does ****** things, and in some cases they are a very controversial company. I was acting as Devil's advocate here.

wait a min this seems GRAV....i miss something?? there was a name change and engine change or what?

I like the fresh graphic atmosphere. The UI is functional yet very futuristic, good job ! And I agree : independant videogames and major games are like Picasso and an international brand design company. Both do amazing and beautiful work, but the first one should never alter the creation for a release date deadline if it's finiancially possible ( for exemple df, which I admire )