Here I describe what's included in the last version that I'll upload to IndieDB. Also I talk about my plans for the release of the game in Steam.

A few days ago I uploaded the last demo of the game before release. If you have been following the development you will notice that the demo size has increased a lot, that's because I've not only added more content in the form of levels and ships but also because I added a new intro for the game that explains a bit of the backstory and I added music specific for the combat.

Currently there's several levels added to the demo but since this is just a taste of the final product, you will be limited to five "jumps" (that is every time you go back to the galactic map after a scenario a counter will be increased). I also made many fixes and features originated from the feedback of the players (like adding time speed buttons) but I still intend to add a lot more in the development time that I have left (I'm currently working in adding rebindable keys and more levels).

Now that the game has being greenlit and the Steamworks partner process is finished I only need to integrate Steamworks with my game and finish the Store Page.

With that out of the way I'll just have to set an initial price and a release date. We are getting close to the date of some major sales so my first concern is to avoid them or they'll kill the discoverability of my game... that said I think my game should release between July and August. Regarding the price I'm still a bit undecided but I think the minimal base price should be 14.99 USD (with a small discount for the first weeks of Early Access).

What could possibly go wrong?

With the release so close is also time for a reality check and there's some minor controversies that I want to address:

- Why you didn't include X feature in the game?

I'm a single guy working in this game, I'm also not a veteran game developer (I've only made a pair of mobile games in the past), I don't have a publisher, press contacts or a crowdfunding campaign supporting me so I knew from the beginning that this project had to be very limited in scope in order to be finished. If you have been following the development you probably noticed that I never made promises about multiplayer or modding, that's because I knew they would require a lot of work and the only reason this project has advanced with relative speed is that I've been working full time on it while my savings gradually deplete. Also modding and multiplayer are features that could easily go to waste if the game is not popular enough so my first concern is to get the game done.

Main reason: because I'm a fan of Homeworld, it was one of the first games that inspired me to get in game development. Most people here and in other forums have being pretty polite but I know I'll find some people that will acuse me of "ripping off" Homeworld... frankly, I don't care, I know some people have this deluded notion that an indie should only make new ideas but my main source of motivation is doing games that I would play and those games usually have gameplay mechanics already being done and tested. If anything I hope that the idea of a Homeworld inspired game that uses a less linear format of missions is novelty enough for the players.

- Is there a possibility of delays?

I'm currently running out of money so yes there is a minor chance that I'll have to get a day job to cover my personal expenses (I have a house to pay and I'm also a provider for my family). In that case the game could be delayed a pair of months and be released in the last quarter of this year. There's also the problem of the game not making enough money to cover the development of my next game in which case I'll just have to slave away until I get enough money to fund my next project (despite all this reality check I'm not giving up in my game development career). 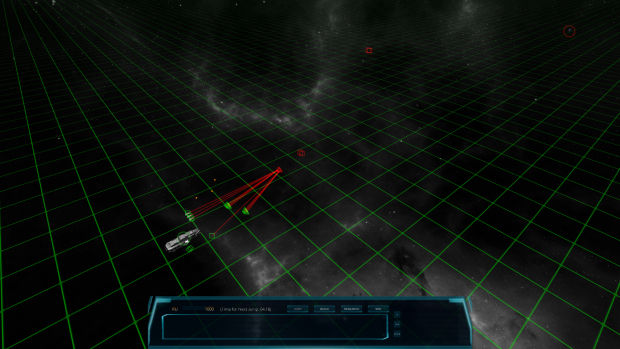 That's it for the moment, please check the downloads section for the last demos for PC, Mac and Linux and please leave me some feedback, that really helps me to improve the game.

Regards and thanks for reading!

Oh, this looks cool! Don't worry too much about a delay. If people are updated and informed they'll understand. Hope things go well for you.

Let me know if you need me to make music 8) seriously big fan of Homeworld, used to love messing with ship configs in the star trek mod for the original game.