First post about introducing giant stompy tanks, where I delve into the fiction and history of landships.

I think we've pretty much established that feature development in this game runs on the basis of what I think is cool. Giant stompy war machines are cool, and a staple of Steampunk fiction.

So beside airships and buildings, I'm introducing a third type of construction, the landship. Made out of the same modules but borne on tracks or robotic legs. Not as fast or versatile as airships, but quite a bit cheaper. After all, if your airship's service ceiling is really low, why not just put it on tracks and dispense with all that expensive and awkward Suspendium?

There's many examples I draw on here, particularly the War Stompers of Girl Genius: 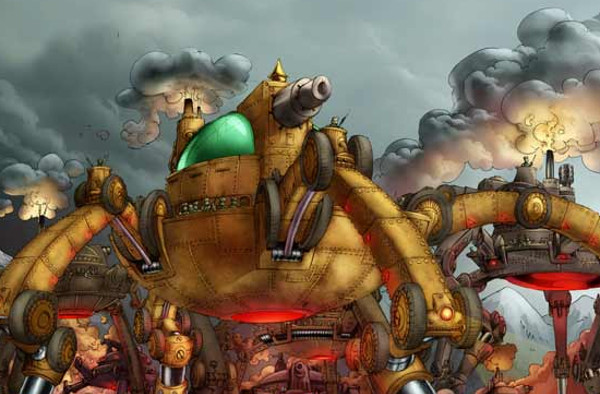 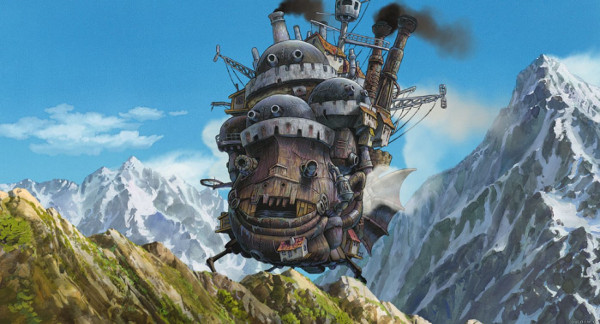 And of course the giant robot spider in the much-maligned Wild Wild West: 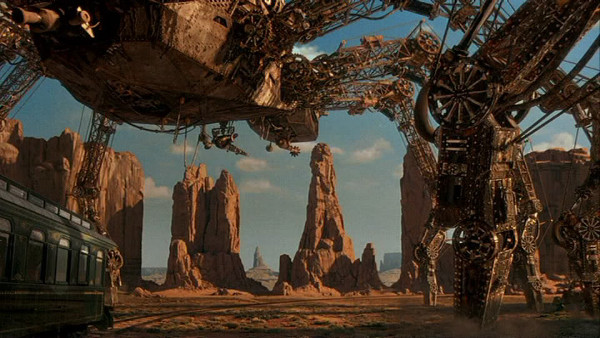 Going all the way back, we've got Jules Verne's steam-elephant: 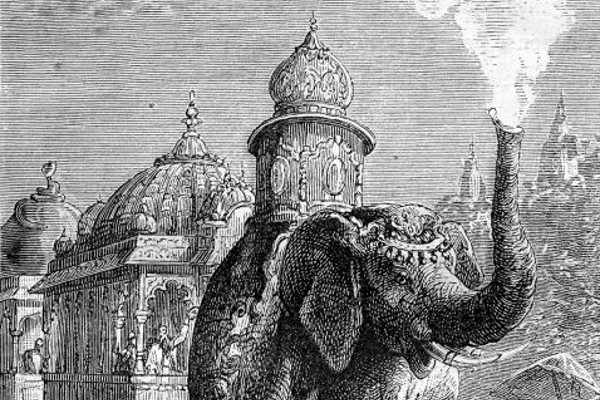 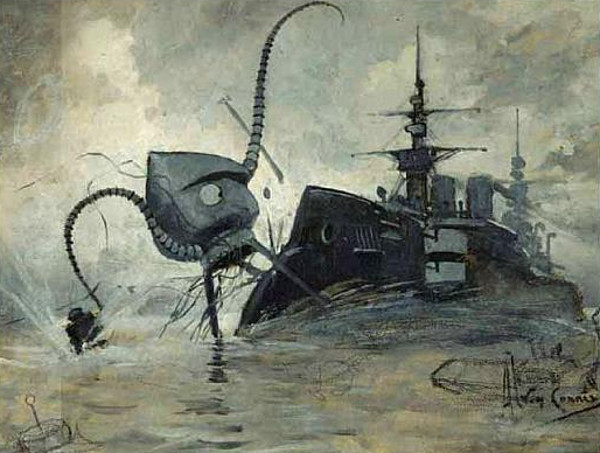 A special mention also to Colin Kapp's novella Gottlos, which described what we would now call drone warfare and inspired games such as Ogre. I actually have the original '69 issue of Analog where it was first published, given to me by my grandfather: 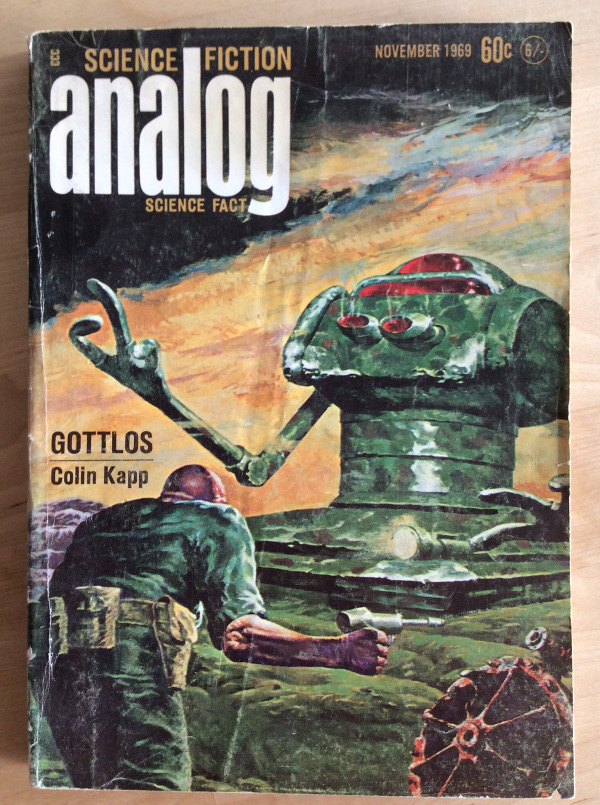 Less directly relevant are the various form of more humanoid mecha, since they don't really fit the style of the game.

So how realistic are giant tanks? Not at all. The largest tank in terms of dimensions ever built was the ill-fated 1914 Russian Pipistrelle Tank, with giant 9-metre wheels intended to help it cross rough terrain. 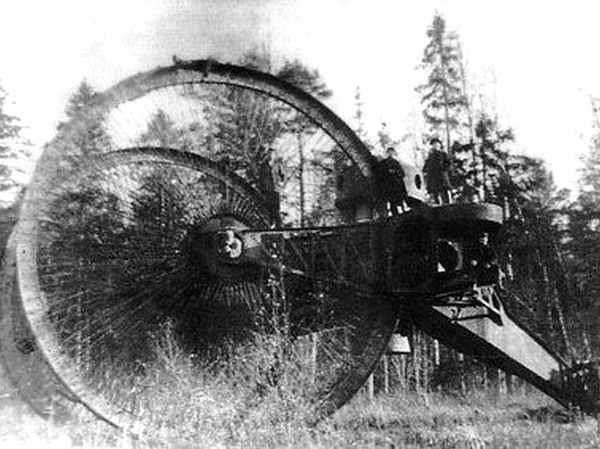 The restrictions of terrain and visibility are what keep tanks to a "modest" size of ten metres and sixty tons. A larger, heavier tank has trouble crossing bridges too weak to carry it, tears up the roads it drives on, gets stuck in mud and rivers, and is easier to spot at a distance.

Nazi Germany infamously tried to build huge tanks in an attempt to create a war-winning superweapon, and had nothing to show for it but some semi-assembled prototypes that would have been too underpowered to drive at any faster than walking pace. They did waste a lot of resources that could have otherwise gone to prolonging the war, so I guess we can be thankful. 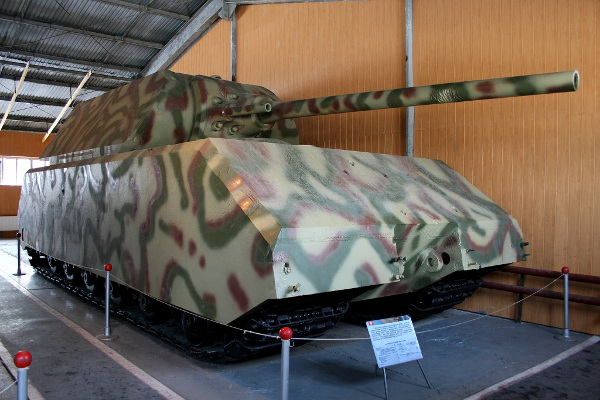 The prototype they built, the Maus tank, was nothing compared to some of the absurd designs that never made it off the drawing board: the Ratte tank, a 1000-ton vehicle that would have mounted a battleship's main gun battery and basically presented a slow-moving delicious target to anyone nearby, and the 1500-ton Monster self-propelled artillery piece.

It is telling that after the allied powers mounted massive efforts to grab and use German wartime research, we ended up with fancy advances in rocketry and airplane design, but tanks stayed much the same. Big tanks are firmly wedged in the dustbin of history.

But enough of history - this is a computer game, and we can ignore practicalities when it makes for cool gameplay. In Airships, a place where the laws of physics are more forgiving, giant stompy spider-mechs are a great idea - and I'll be getting into their implementation details in the next blog post.

And what about the Schwerer Gustav? wouldn't such a big weapon deserve to be listed as inspirational for landships to?
Sorry for any mistake in my english

I'm disappointed that you failed to mention Star Wars in your list of Landships, it's pretty much a staple of that particular universe.