This Update Shows some exclusive shots of the La Rochelle U-boat base currently being mapped. Along with this a short video has been uploaded to show the ''Cinematic Physics' being used in this map.

Hi there, please find in this News update some screen shots of the La Rochelle U-boat base in Northern France that I have been recently mapping. Also in this update we have uploaded a short video showing the 'Cinematic Physics' in all its glory as the U boat Pen is being bombed by the US Air force. 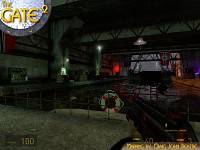 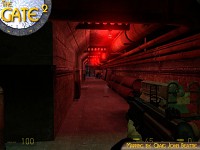 Amongst the Screen shots is a shot showing the 'Cinematic Physics' implemented in the roof of the U boat pen that had just been bombed by the American air force. The ‘Cinematic Physics' is the latest effect to display explosions or complex animations or events rather than doing it by the more conventional brush/hammer method, The effects are truly stunning using this method and really bring to life the bombing.


The player revisits the U boat-base to undo some errors that he did the first time around (in the gate 1) and of course you run into some angry Germans. The Player also discovers the Germans have been dabbling with the time gate too in a rather strange & brutal way.

Anyways I hope you enjoy the pictures & short video..

that is pretty stinking awesome! Great scripting and interaction

That explosion was epic win!

Cinematic physics is one of the best things that has happened to Source.

The explosion was awesome, but the planes seem a little low to the ground.

It's looking cool so far, way too few mods are using the cinematic physics. Maybe replacing the Douglas DC-3 (correct me if I'm wrong) - which is a transport aircraft - with actual bombers.

they should make stukas :)

thanks for that yes we noticed the bomber thingy, someone already said that on earlier post..

we only used the dc-3's as they are great looking models.. if we find another more 'bomber' type plane we will replace it..