We wanted to share a little bit about Unforgiven and what it means to us as developers. How we started and in what stage we are now!

It's been 2 years since Unforgiven was created and we haven't dedicated a post about what it is like for us to have been together this long.

It all started 2 years ago after we took the decision to create games for a living. As things have progressed, the company's vision started to take shape and we set on the path we are now.

To put it simply, we are just a group of friends who want to create games that makes us proud. Everyone has good memories about how games have affected their lives in many ways, and we want to take the opportunity of creating an indie studio to give back to the world what it gave to us, be the experiences, the good feelings and thousands of hours of fun.

Since we value the time invested by the players who try our games, we are making sure that they can fully enjoy themselves with our work. One of our goals is that the player is happy to spend their precious time playing the games we make. This goal gives us a lot of pressure and pushes our desire to learn more about how to make games in all the areas like art, programming, production or design. Learning is a never ending process and we are grateful to be on a journey where we are all learning and at the same time sharing what we love to the entire world.

Many people don't know it, but we are only 6 people here at Unforgiven, and that forces us to wear many roles in the company. The team is formed by Mauriccio Torres (3D Artist), Ramanand Purizaga (Programmer), Guillermo Rossell (3D Artist), Andres Revolledo (Programmer), Antonny Vega (3D Animator) and Vania Torres (Concept Artist). However, we still want to specialize in what we enjoy most, be it art, animation, programming, you name it. It's a great feeling to go work to a place where you can tone up your skills, it feels very refreshing and that's something we really enjoy!

We all have common interests here, we love fantasy and RPG games and the kind of games we make reflect our taste in those genres. That led us to decide that we needed to create our own IP such as the Final Fantasy games, Zelda and many more great games.

It took around 5 years to hone our skills in order to turn Stage 3 into what it is now. Since the very beginning, we determined that it was essential to study the basics of game development and all the techniques involved in the process. Polycount became our favorite place to learn and we highly recommend it to anyone who wishes to enter the industry to go into that forum, it is full of invaluable information!

It's amazing to see what we have accomplished so far and the best is yet to come!

At the very beginning of Unforgiven's existence, we started working on assets for Unreal Engine Marketplace. This decision proved to be very useful to us because it made us learn new techniques and the entire asset production pipeline. Looking back, we are amazed on what we did during that time since we can do better now. But our real vision was to create games that everyone can enjoy around the world. Without Epic, we wouldn't be able to do what we do today, they helped us by creating a great platform to monetize our skills and gave us a tool set that comes with everything we need to create the games we want.

Stage 3 is evolving a lot, the first time we showed it in Colombia, where we worked non-stop for 2 months to create an Action RPG game. It wasn't even called "Stage 3", it was called "Le Blank". Most of the reactions were related to the "Cool" factor and people seemed to enjoy it a lot. It was the first game we created and it served as a proof that we could make something bigger, given enough time and developing consistent discipline. And right after it, we showed it into a local convention called Mas Gamers Tech Festival where we had a blast! 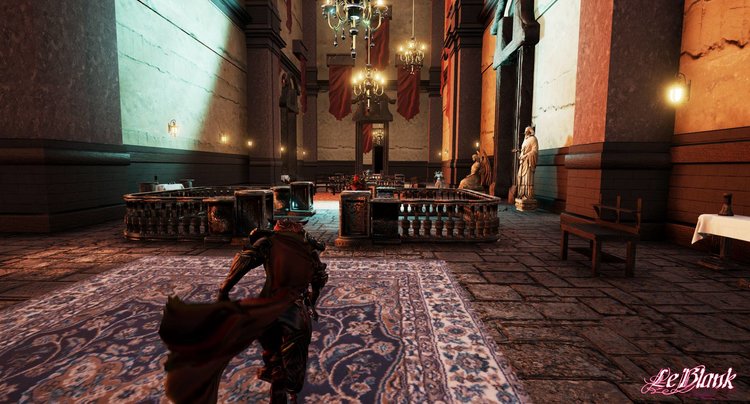 A screenshot of Stage 3 in its early stages when it featured procedural generation. (Formerly called LeBlank) 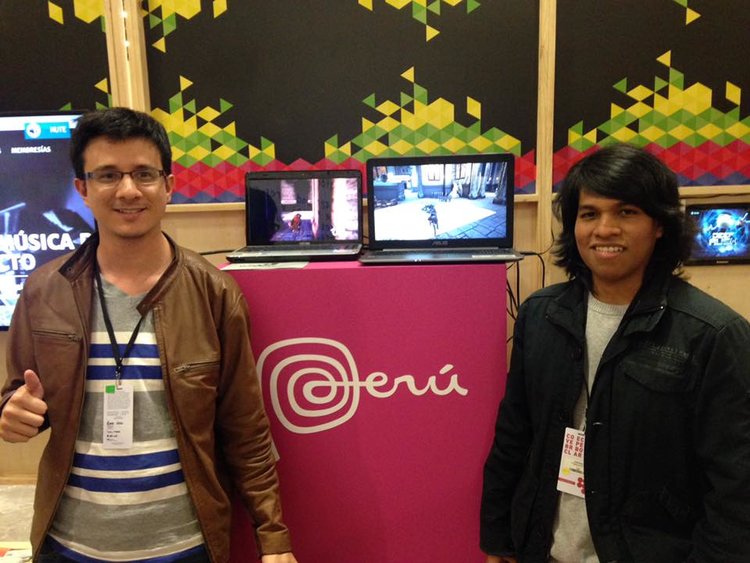 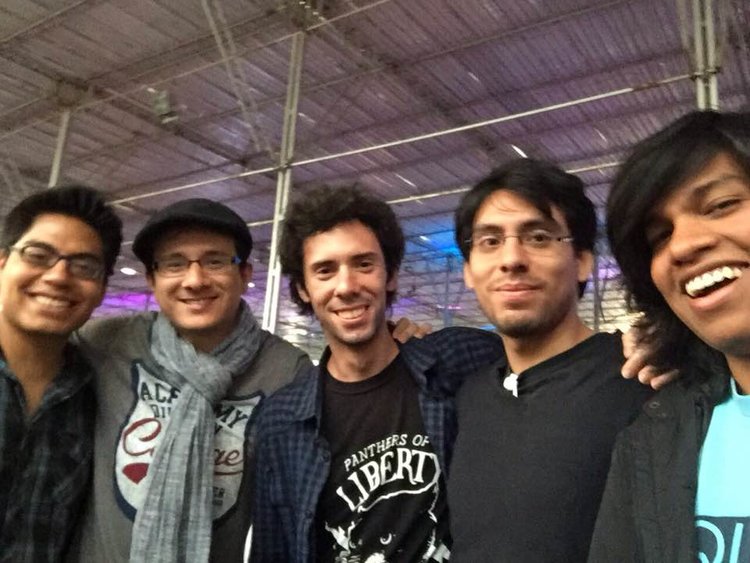 From left to right: Antonny, Mauriccio, Guillermo, Andres and Ramanand during the Mas Gamers Tech Festival 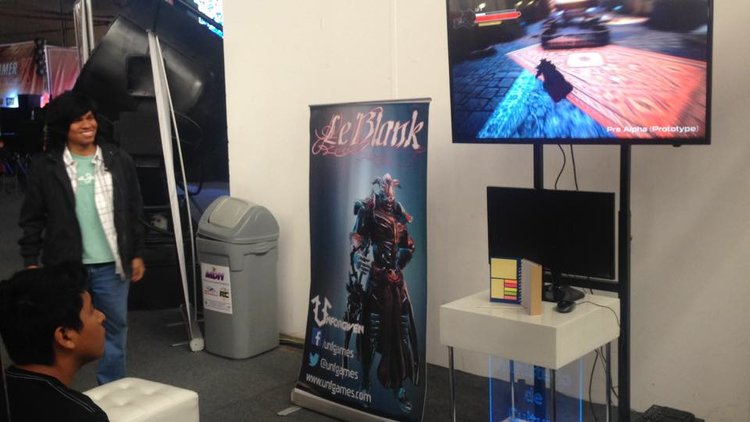 Because 2 months wasn't enough, we developed a more polished version of the game and we went to the GDC to show it to the public and other companies. The reaction was the same as the previous version, it seemed to give the effect of "cool as hell" factor, that gave the attention of many developers and some publishers. We even got our development kit to develop Stage 3 for PlayStation!

Latest teaser for Stage 3 used in our greenlight campaign 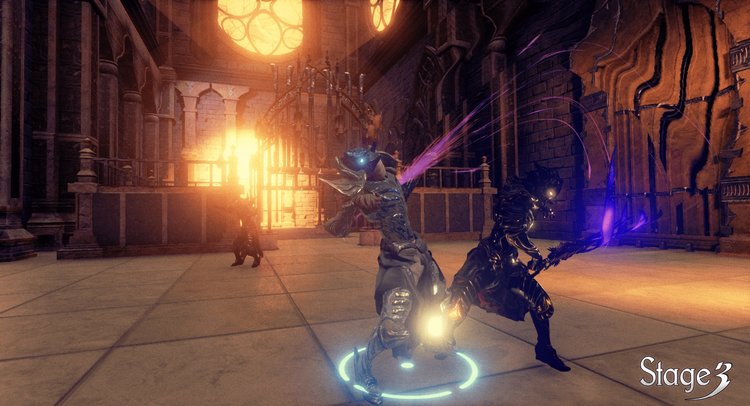 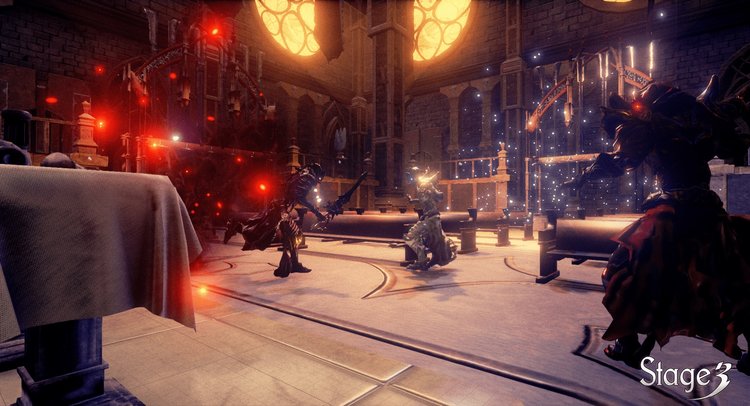 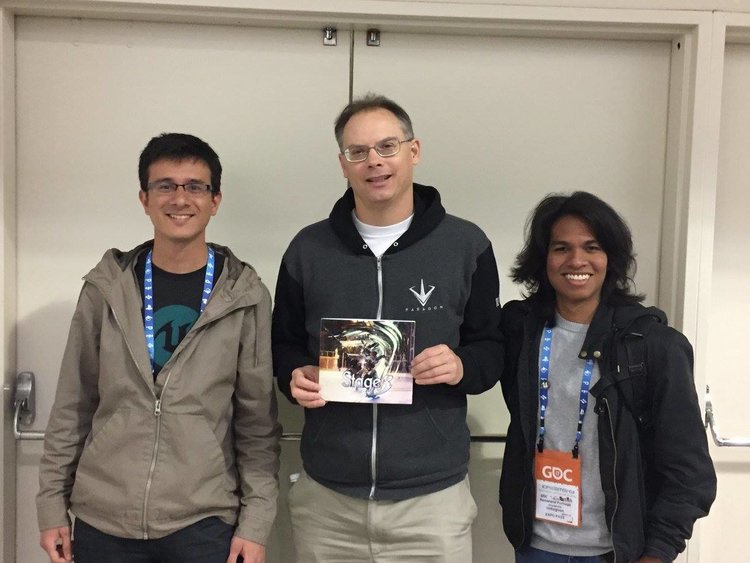 We managed to show the brochure we made to Tim Sweeney! 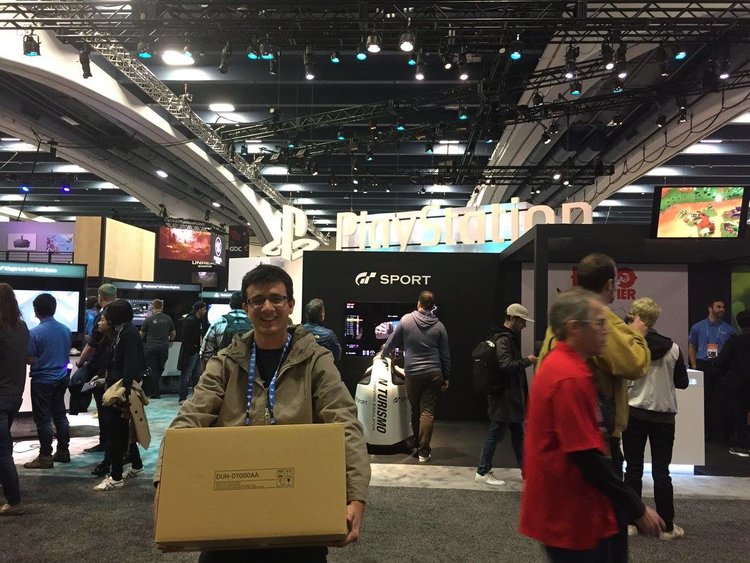 Mauriccio carrying the box with the Play Station 4 dev kit in it.

After that trip, we focused entirely on the IP and reworked the game almost entirely. We reworked the characters, story and the entire world. By that time, we saw the potential of VR and we wanted to translate what we created for the Stage 3's universe into a game that is completely different from what we have tried before. This game would focus on an important character called Azaria and will introduce new characters and enemies that you will find in Stage 3.

The first time we showed Stage 3: Azaria was in a local convention called PGX. Despite being a super early version which didn't show our entire vision for the game, the people enjoyed it a lot. They even waited for 3 hours to play the game! 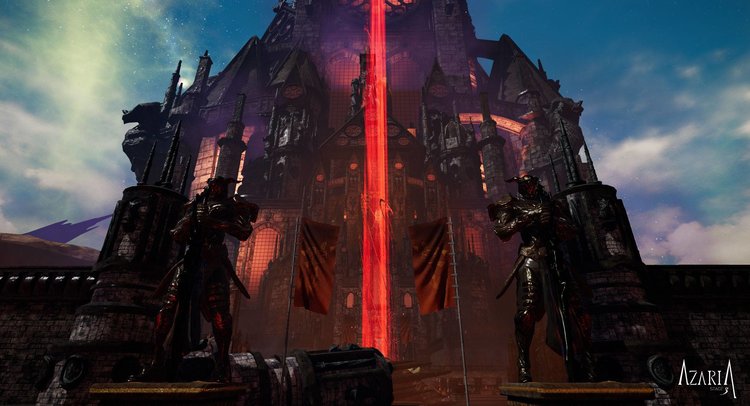 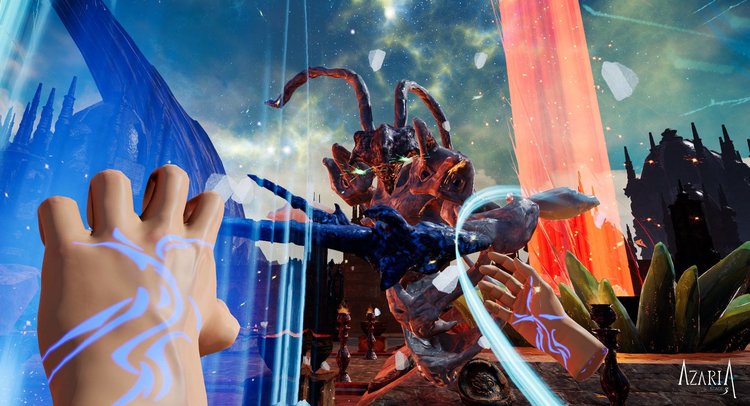 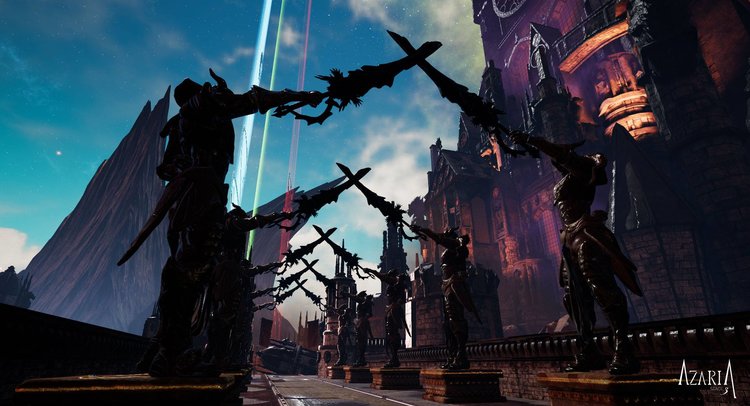 Environment done for the PGX event 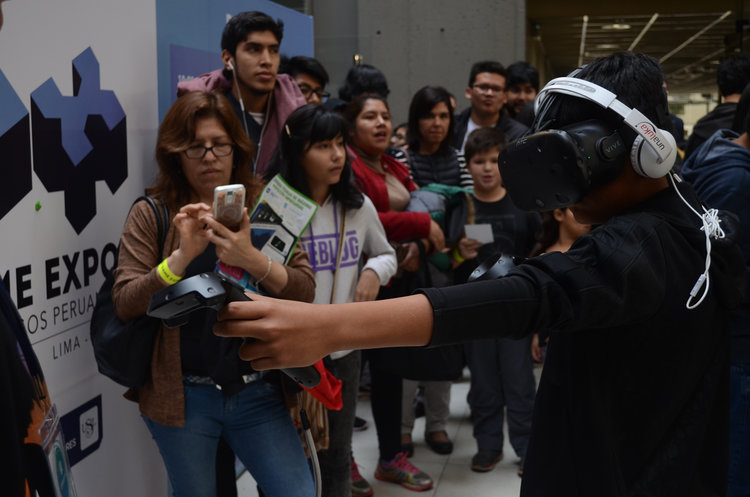 People waiting for their turn to play the demo of Stage 3: Azaria 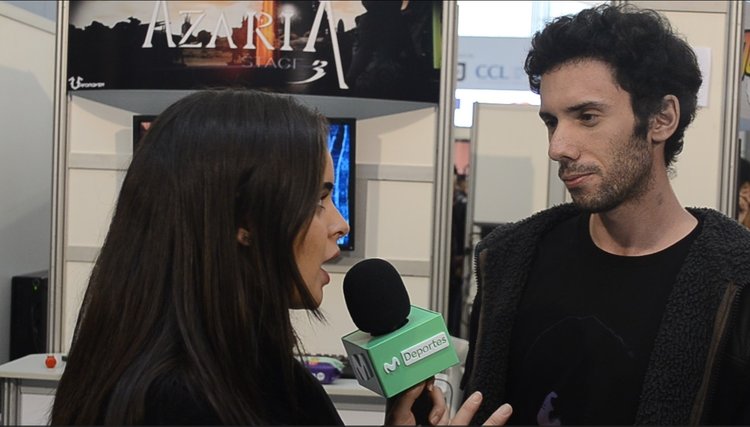 Play testing of Stage 3: Azaria in a local convention

From young to old people both males and females enjoyed the experience. That is something very rewarding for us since it's the reason we are doing this and commit to work everyday! Hell we've even been on national TV 3 times and it encourages us a lot when the work being done is appreciated.

We are closer than ever to release the first Demo of Stage 3: Azaria and we are working very hard to deliver a great experience to you guys. It has been an amazing journey so far! We can't wait to see what other amazing things come to our life as we pursue our mission and purpose.