First of all, sorry for such delay - long time has passed since our last update and we really didn't want to disappoint you showing some new game features. Of course we could show some progress like new models etc., but I think that it's boring, we really wanted to share with you something special.That's why today we'll show you a LOT of new stuff, features and we really hope, that after reading this develog you'll be as much exited about Kingdoms as we are. Soooo, the most cool and important features are at the end and first we'll tell you about standard progress.

First of all I want to mention that not all of these models were made by our team, some of them are free and some were bought. Yes, unfortunately we still don't have enough modellers. Such project needs a lot of modeling and our resources are not so big, but we try to do our best to achieve good quality level. 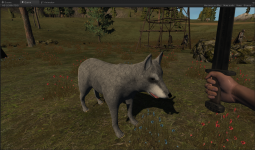 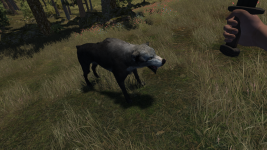 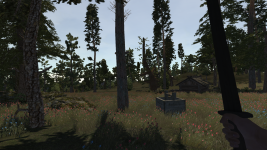 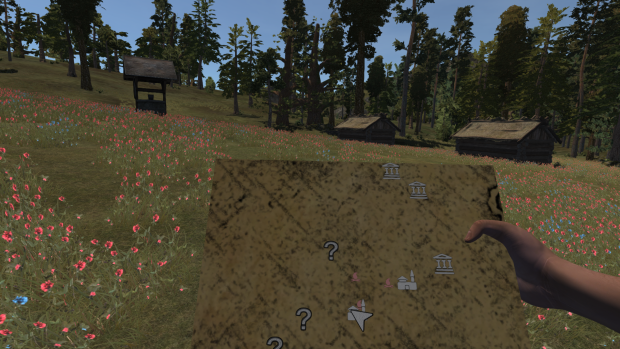 Wells are the centers in any settlement. When NPC decide to build settlement the first thing they do is building a well. And like many others things wells are chosen random.

We also have added some new trees to make our world look more believable. 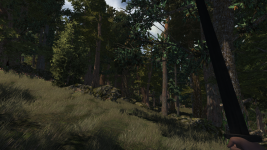 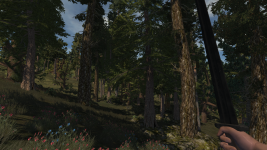 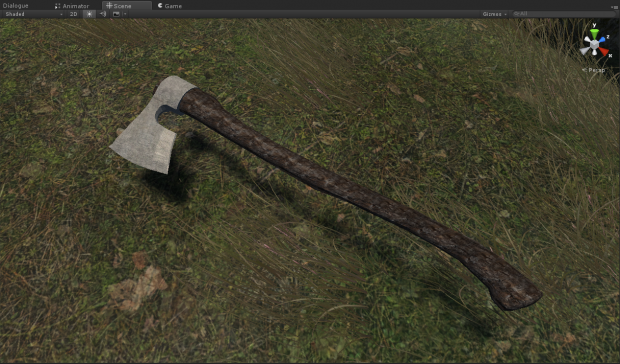 Our landscape designer has made great progress in water system, soooo now we have the whole flowing water system with lakes, rivers etc. 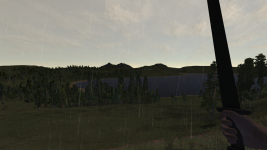 I honestly want to tell you, that I'm not happy with the dialog-system we have now. For now it looks more classic-like, but I want to set there some elements, that can ease players life, foe example, you can look at the place NPC is talking about right in dialog. We're working on it, to make it simple to use, but deep. In my head it more Sims-like than Fallout-Skyrim like, more "treeish" with some interesting and useful functions. That's how it looks like now: 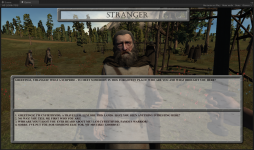 Remember, that all NPCs replicas depend on its relation to the player and individuality.

Probably, that's the main reason, why it took so long for us to move forward. Optimization is very important, because we can have 10 000 NPC on the map, each with its attributes, goals etc. it took for me a very long period to understand how to make it work with stable FPS. 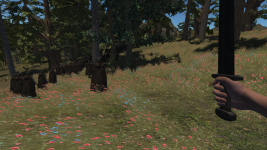 And now I can say that now all works perfect. Our world really lives and NPC don't look like dolls - they act logically, depending on situation around. And that's perfect;) Next I'll tell you about in game map and in the demonstration video you'll see NPCs in action.

The goal was to make it easy and comfortable to use, also I really don,t want to make interface with all these icons etc. - the less UI there is in game, the more believable it is, right? 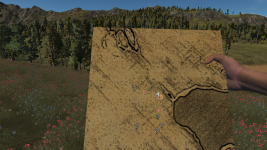 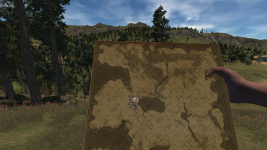 In the following video you see map demonstration, I won't tell you a lot about it here - just see the video:) Also one thing you have to know - there are 1000 NPC in radius of 1 km around player, so that's the case when optimization makes its job. Enjoy:)

Remember, that our music is context-depending?
Our composer João Freire is also making great job and here are some wonderful ambient themes:

And now we want to show you very cool thing that we were recently working on - mod editor. We want to give to any player an opportunity to create mods without any special programming or design knowledge - from small objects replacements to huge total conversions. Let's speak about it in details, right? First, an interface: 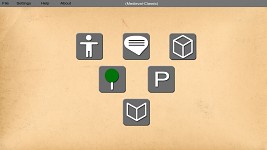 As you can see our mod editor allow you to edit almost all game aspects or create new ones from scratch - it's up to you. The structure of any mod is simple: game creates new folder with all sub-folders like "textures", "quests", "objects" etc. You can change every mod you want, by just opening it in editor. The main file can be also changed in any way you want. 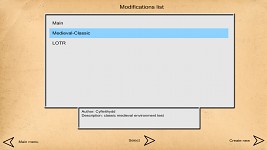 We try to make interface as intuitive as possible, the version you see here is not final and we'll improve this tool in every update.
Adding new models (characters, weapons, interiors, exteriors and much more), creating quests of any kind, changing game mechanics or creating your own stats-and-perks system, adding new music, change interface or even export height-maps - everything is possible. 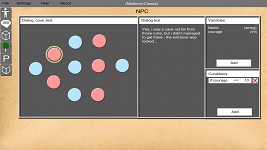 And the great thing is - editor will be available just when game is out! We really want to give our fans useful and easy-to-learn modding tool. Creating of such tool was very important for the whole team

Now we're working hard to start closed beta in August. The release of early version (0.1) will be in December-January, if all goes well.

KICKSTARTER AND OTHER HELP

We also want to make a KICKSTARTER company in August, so watch for the news. You can also help us on our web-site right now. Your support will help us to get new models for our game, that we'll share with you every week here and on our web-site.

Hope, you still with us, because any of your support helps us to stay tuned and go on making game-of-our-dreams. Till next time!