Kingdom Sostis is a tower defense game set in a medieval and magical world. It challenges the player in 10 battles of gradually increasing difficulty fought to preserve the kingdom's freedom. 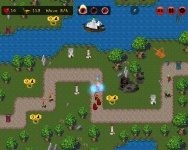 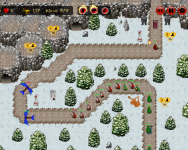 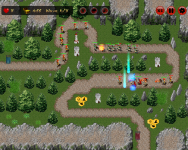 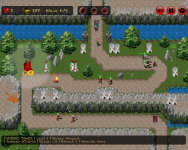 Armies of savages attack your lands! As a fearless and valorous leader you were assigned the task of defending your people. Play as your King's "General of the Army” and lead the defensive endeavors of the crown against the marching enemy forces.

Do you have what it takes to preserve freedom?

To be victorious, you will need to:

We depend entirely upon your skill, determination and leadership.
Our freedom lies in your hands.
Long live Kingdom Sostis!

Purchasing the game will grant you access to its awesome soundtrack too!