M.S.T.O.P. here with some new updates on the "Cat Project". I'm going to try to make my updates weekly, syncing them with Screenshot Saturday. Here are this week's updates:

Last week, I demonstrated some changes to the combat mechanics: faster swats, tougher enemies and hitstun.

This week, I made some more additions to make "Cat Project" even more action-oriented: knockback and attack-cancelling.

Kitty is not amused by practical joke. Also, an innocent
laser pointer gets caught in the crossfire and the toothbrush
begins its new career as part of a juggling act. 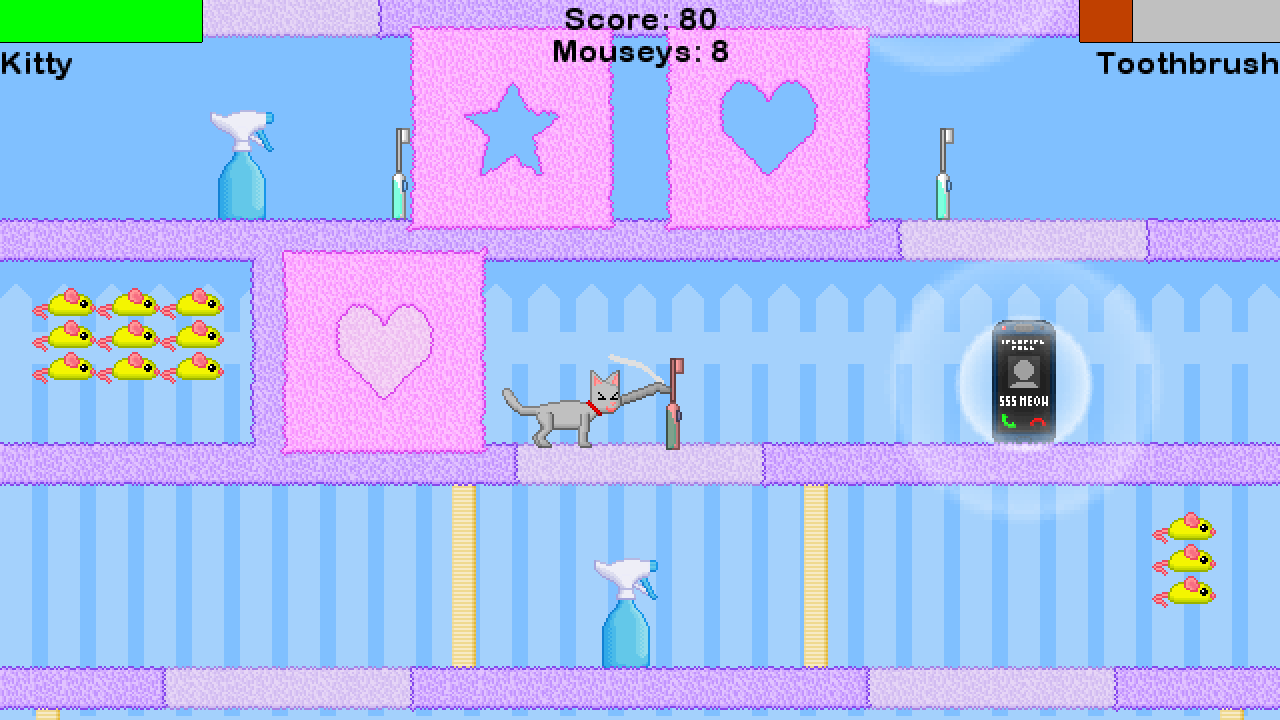 Don't get too attached to it, the GUI will definitely change in the future. Health meters now show that both kitty and his enemies are no longer one-hit wonders. I haven't worked out how kitty's increased stamina will interact with the powerup system. (Previously, the powerup doubled as an additional hit point that was lost when kitty took damage, like in Mario games.)

Just a quick word about phone ringtone, make it's volume depend on cat position, this will give player it's exact position when you don't see it and volume/annoyance factor.

The panning for all the sound effects are a bit wonky right now. I'll definitely fix them up in the future.