Take a look at this week's progress on splatastic arcade game, Kasplat. This week we get to show off the new toon shader making our balloons look extra juicy and a new cutely animated tutorial pane to explain the color match mechanics.

Last week we mentioned some early plat-testing and this week we were fortunate enough to have a few more people test out Kasplat. So far people seems to be very much enjoying the game, once they understand the core, color matching mechanic. However therein lies our problem. testers immediately understand tapping the screen to shoot darts and pop balloons, however it takes outside intervention to inform them that score and dart bonuses can be attained with clever timing and color matches.

After much thinking and a few mock ups, we have settled on a short 2 line tutorial tip when the game starts, accompanied by a cute, animated diagram indicating the details of the color combo system to the player. 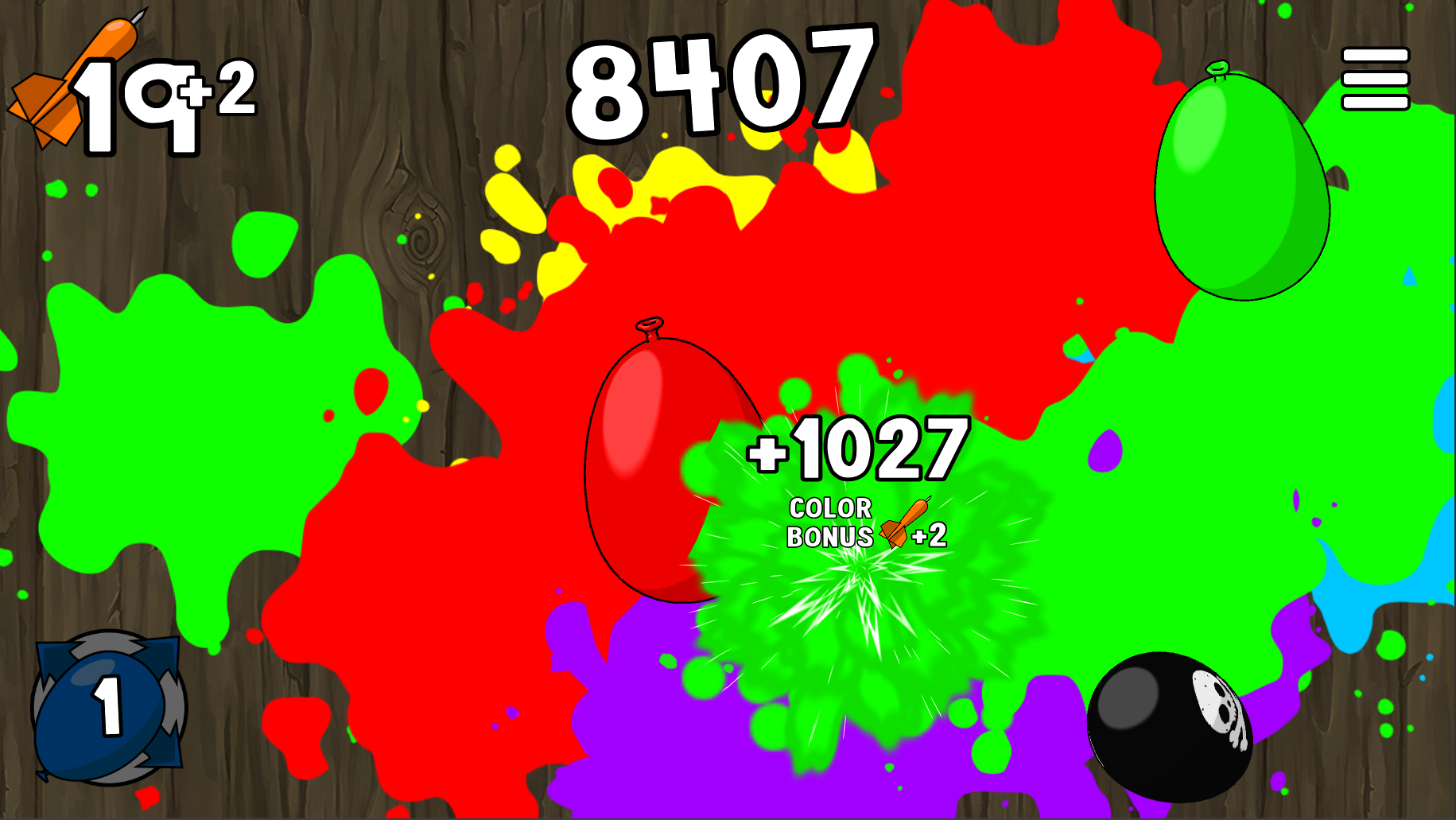 In addition to the new tutorial tip, we have a brand new look for the Kasplat balloons. We spent a little time this week experimenting with a cool toon shader to give the balloons that bright, vibrant, cartoony look. We feel this better reflects the feel of the game and integrates more nicely with the similarly styled user interface. Make sure to let us know what you think! We have also included a little footage of some of the newly implemented powerups for you to check out.

Next on the todo list for Kasplat will be the addition of sound effects, more powerups to play with along with much more! Make sure to check back next week to see what we get up to next! 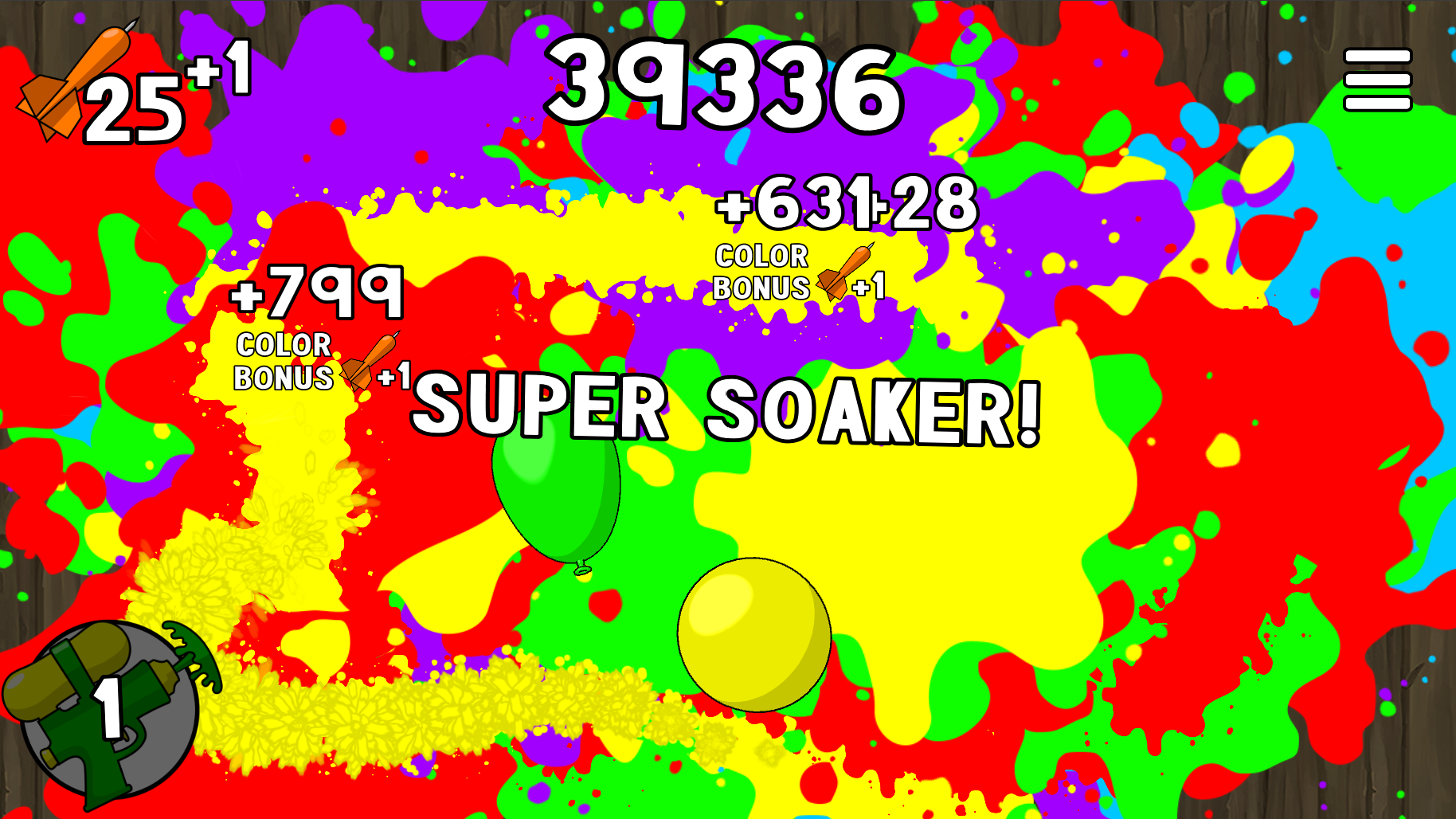 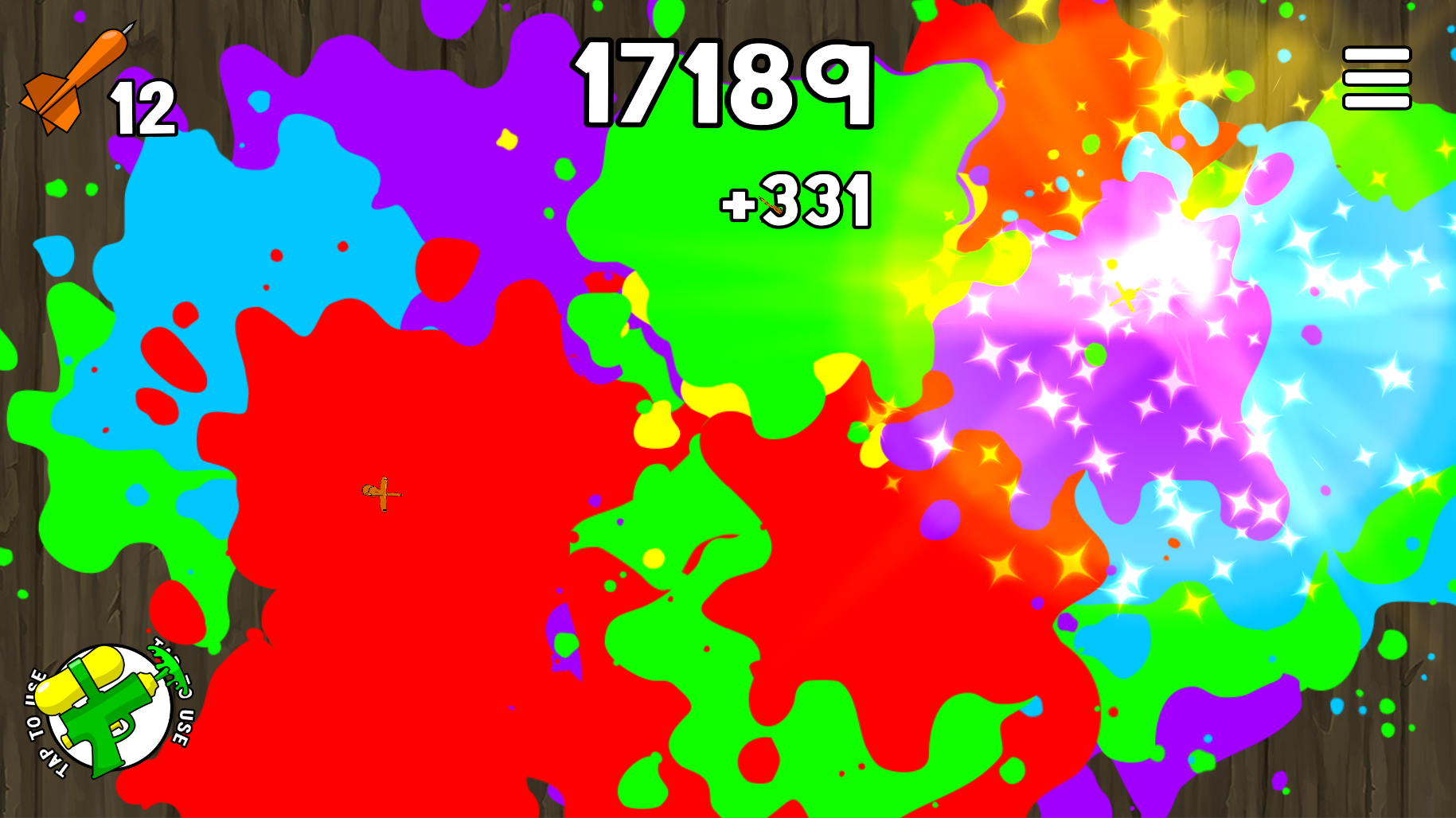