Surprise update to keep you thinking about KarBOOM -- play against bots and your friends at the same time! And yes, KarBOOM Online is still underway. And yes, it's still all free.

At the request of one of the players, bots -- computer controlled cars -- have been added to KarBOOM. Now even when you're home alone (or at work) you can keep your hands quick and your skills sharpened by playing against bots. 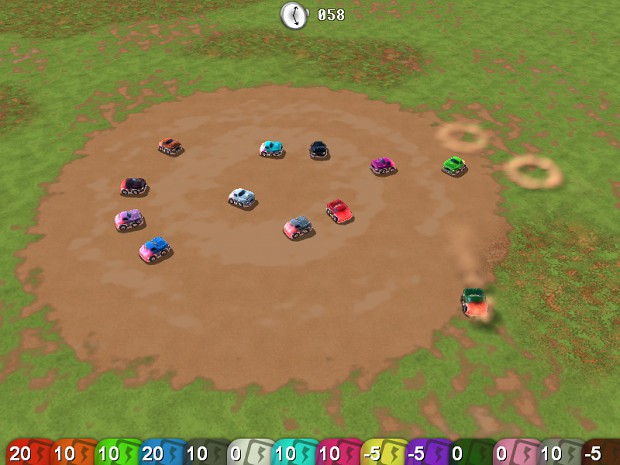 Online play is still on the way, but when a player suggested KarBOOM would also be a fun singleplayer game if AI-controlled cars were added, I couldn't resist giving it a go. The cars are already set up to be controlled from a variety of sources, so how hard could it be to let the computer drive?

So check it out on KarBOOM's IndieDB downloads page. Or, if KarBOOM 0.1.4 hasn't been authorised yet, get it right now from KarBOOM's website here. It's free. It's small (around 7MB). There's no installation. And it's fun.

Now, it is true that version 0.1.3 was described as the last offline-only version of KarBOOM only a couple of days ago. But plans change. People make requests, and while they're generally helpful, some are just brilliant. Bots for KarBOOM only took a day's work to add, while online is probably at least a week away. And don't worry, I'm working hard on it.

Speaking of requests, here are some things that recently made it onto my to-do list:

Those are just in my imagination for now, but that's the direction I'd like to take this game after online is up and running. 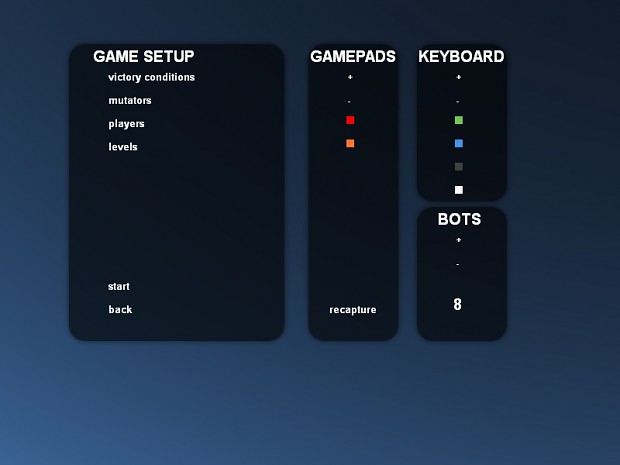 Download and play the latest version of KarBOOM (0.1.4), and let me know how it goes. This game is shaped by player feedback, and your support is what motivates me to keep going!

Speaking of support (you guessed it): Phase 1 of the Indie Of The Year voting has not finished just yet. Giving KarBOOM a vote is a great and easy way to show your support!