Kaizer returns with speed increases, Mac and Web platforms that are finally working again, and Resources have been added -- giving players new tactical & strategic choices on their path to victory.

Kaizer is a free, turn-based, digital board game for two players. It is a game about asteroid mining, resource management, tactical warfare and ruling the universe.

Play on the Web 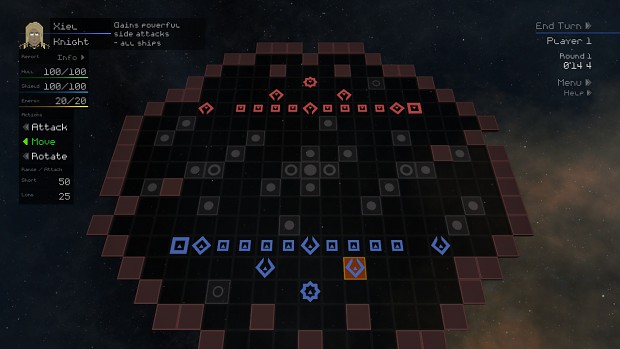 A bigger than expected update with three major components:

1. I’ve modified a lot of the original code to run faster & better, making for large performance improvements that were needed for…

2. The Mac & Web versions! There are still a few issues, but it’s good for the moment.

3. Resources! Found in the aftermath of destroyed space debris, Resources come in 4 varieties: Hull, Shield, Energy, and Damage. Resources only affect the ships that collect them, and they are consumed immediately upon being captured (move on to) whether they can be used or not.

The Hull Resource (green) acts as a restorative item, repairing 30 Hull on the ship that captures it. They are not very useful until late game, but are always something to keep in mind.

Shield Resources (blue) restore the capturing ship’s Shields by 15. These are useful through out the game, and proper use of them can almost guarantee victory.

Energy Resources (gold) increase a ship’s available Energy by 5. Essentially, these allow your ships to do more in a turn and are especially helpful for Pawns and Bishops.

Damage Resources (red) increases the amount of Damage a ship does by 10 to both short and long ranges. Highly valuable. Stack a few of these on a Knight to build a devastating front-line fighter, or use on a Bishop to create a powerful artillery / flanking unit. 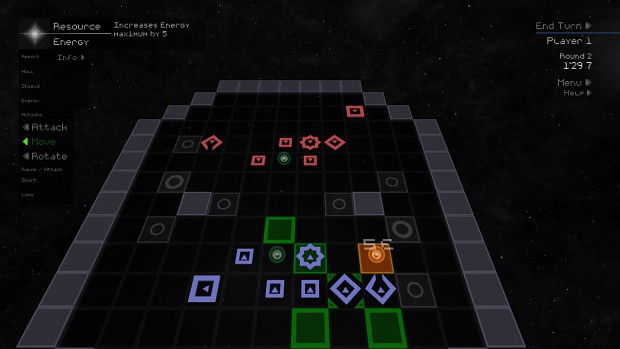 The interface has continued to undergo changes, now incorporating a Range / Damage panel. Damage now works like this: Short range is any of the N, S, E, or W grids surrounding the ship. Long range is anywhere else.

A few of the Captains have been changed. Xiel (pronounced “Zeal”) now does short range damage for her side attacks. Lonhiem’s Pawns completely recharge their Energy every turn. In fact, all ships recharge all of their available Energy each turn; this will be the standard for Kaizer (trying to keep things simple).

I changed almost all the Sectors again (mostly small changes though). Sorry if you were just getting use to the old ones, but adjustments had to be made for the Resources and because some of the Sectors were simply not enough fun.

I’ve also decided to change the tag line to Kaizer. Prepare yourself for, “A game about asteroid mining, resource management, tactical warfare and ruling the universe.” Feel free to suggest better tag lines in the comments.

Last bit
So that’s the update. Oh, and if you have a second, please vote for Kaizer as Indie Of The Year (at the top of the page), or tell a friend about it, or just stare at the screen.

For more information about the game, Kaizer forum and more, check out the website. 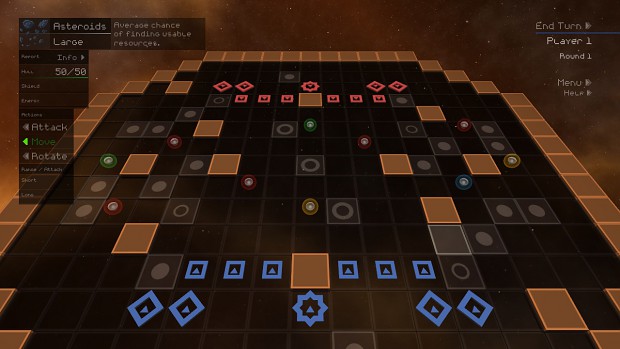