Four Laz Rojas mods and an Astrocreep port await you in this chapter of the neverending story.

My team finished fourth in their group and got knocked out, which is honestly an awful result. I mean, even most third place teams go through, for cripes sake. I keep watching the games nevertheless, but there's been time to do a bit of porting on the side. We're finishing Laz Rojas' list of non-deluxe scenarios (even though one of them has "Deluxe" in its name; go figure) and there's even a small bonus at the end. Five releases in total, get ready!

So starting with Laz Rojas, the first release is a mapset called Auf Wiedersehen, Adolf; 15 maps for the Third Encounter. Storyline: go kill Hitler. OK, there's a bit more to it... You're sent to a top secret Nazi installation, but having fought through the entire thing, you notice Hitler was never there in the first place. You do discover a system of secret passages underneath the building though. The following maps will bring you through a variety of fairly interesting designs, including some outdoor-style areas. As usual, they are all packed with enemies and you even get to kill a few Hitler impostors before you encounter the man himself. Pretty interesting stuff, not gonna lie. 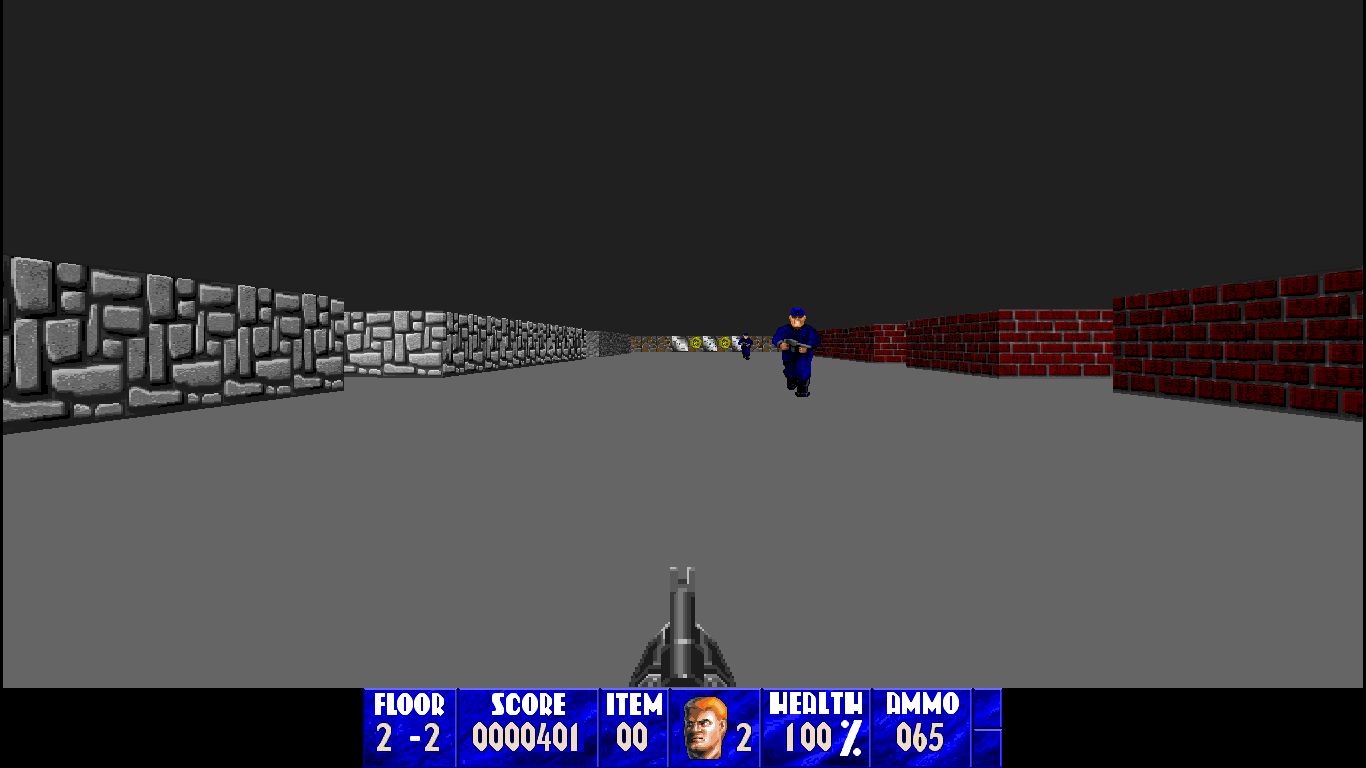 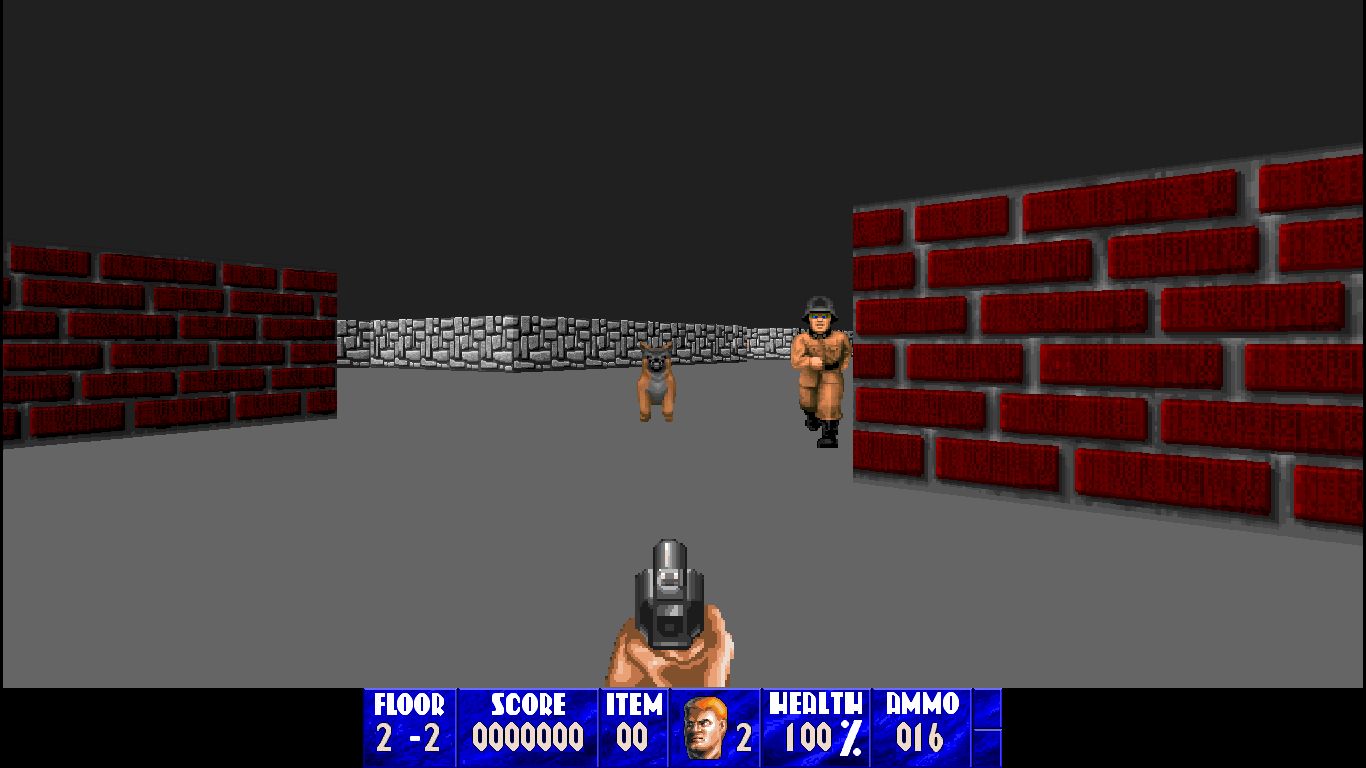 BJ's Revenge is another Third Encounter mapset with 9+1 levels. This time things are pretty simple, you want to finally get revenge for being captured, tortured and killed all the time, but little do you know that they're ready and waiting. The maps are overflowing with enemies and bosses and somewhat simple in design, but there's a twist: the flow of combat is regulated by numerous barrel barricades, locked doors and secret passages. Check it out, but be prepared for some rather slow-moving combat. Oh, one more thing: why "9+1"? Well, there's one map that's not accessible through regular Mac gameplay, but still present in the data. I have included it here, warp to floor 10 to play it. It's not a huge deal, just an alternate layout for the final proper map, but it's there. 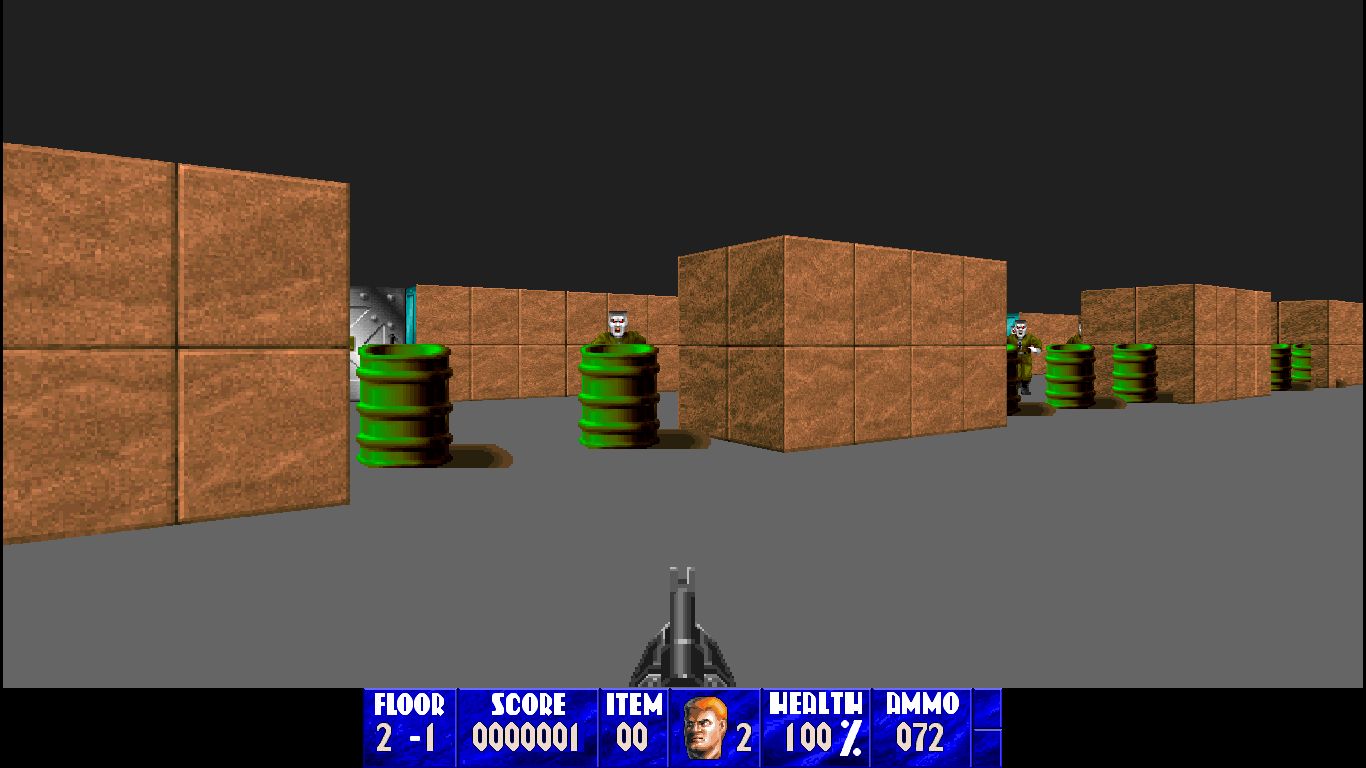 Operation: Annihilate, 10 maps for the Third Encounter, is a similar deal to the above. You attack a Nazi fortress, aiming to kill everyone inside, but find the place to be very well prepared defensively (well, duh, it's a fortress). Thus you'll frequently end up in combat scenarios where enemies outflank you, hide behind objects or otherwise have some sort of advantage over you. There's a little fewer enemies but also much less amo than in BJ's Revenge, all in all the release feels a bit more fine-tuned. 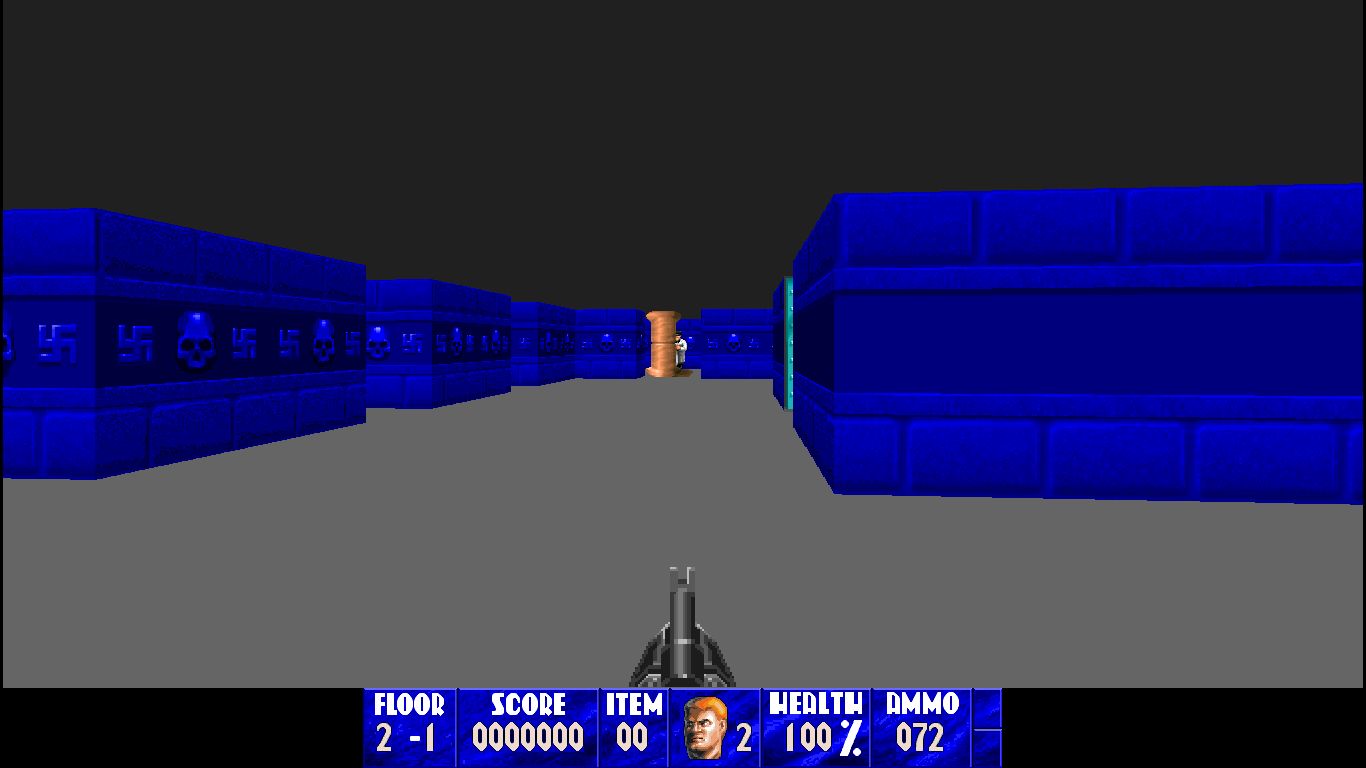 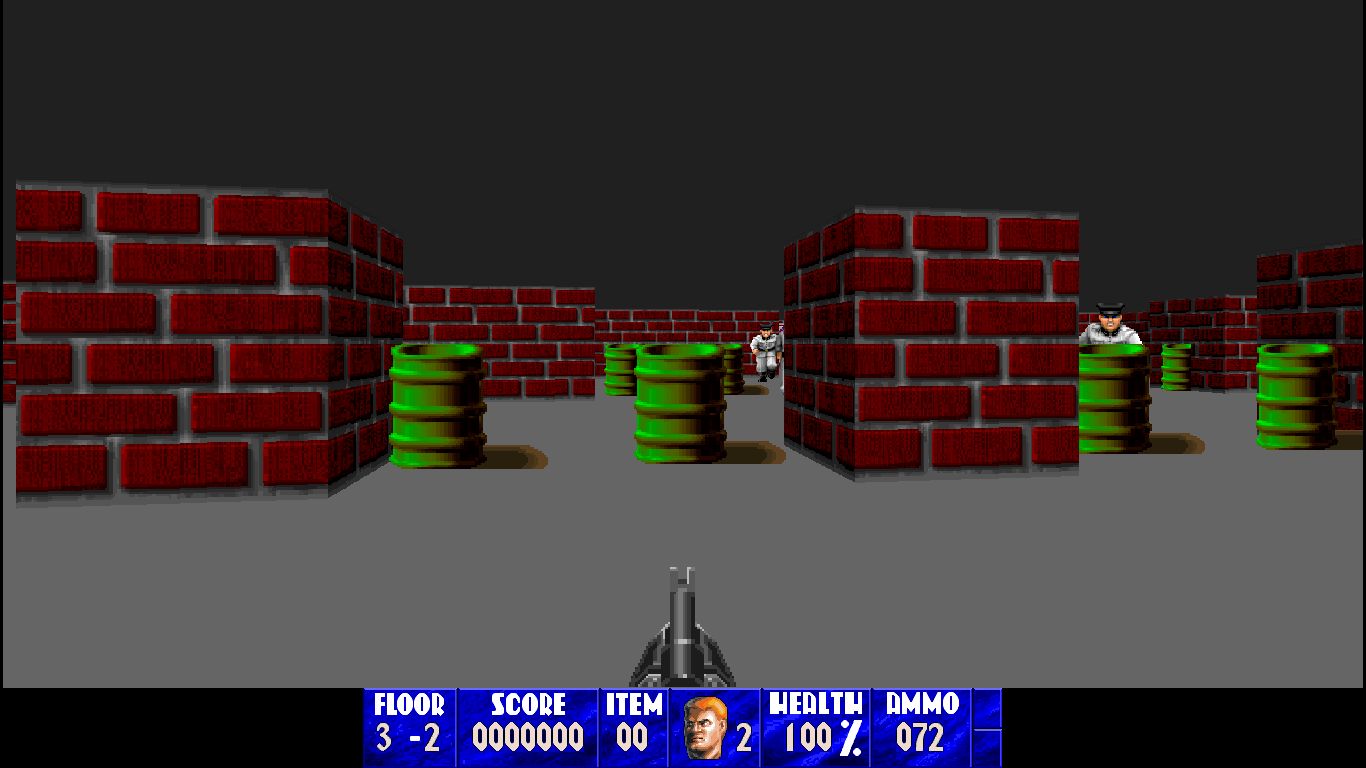 And finally, Treasure Hunt Deluxe, eleven maps for the Third Encounter. You know how the Third Reich used to plunder various national treasures after conquering European countries? Of course you do, you steal some of these back on every mission. It's now time to reclaim a particularly huge stash of goodies. In order to do so, you fight through several maps filled with enemies (sounds familiar?), conquer the treasure bunker, then - here's the plot twist - go back the way you came in, wading through the river of German blood you left behind. There is new opposition to be fought, and while enemies are somewhat less numerous, they are also positioned in annoying ways and the resource balance is now heavily tipped against you. 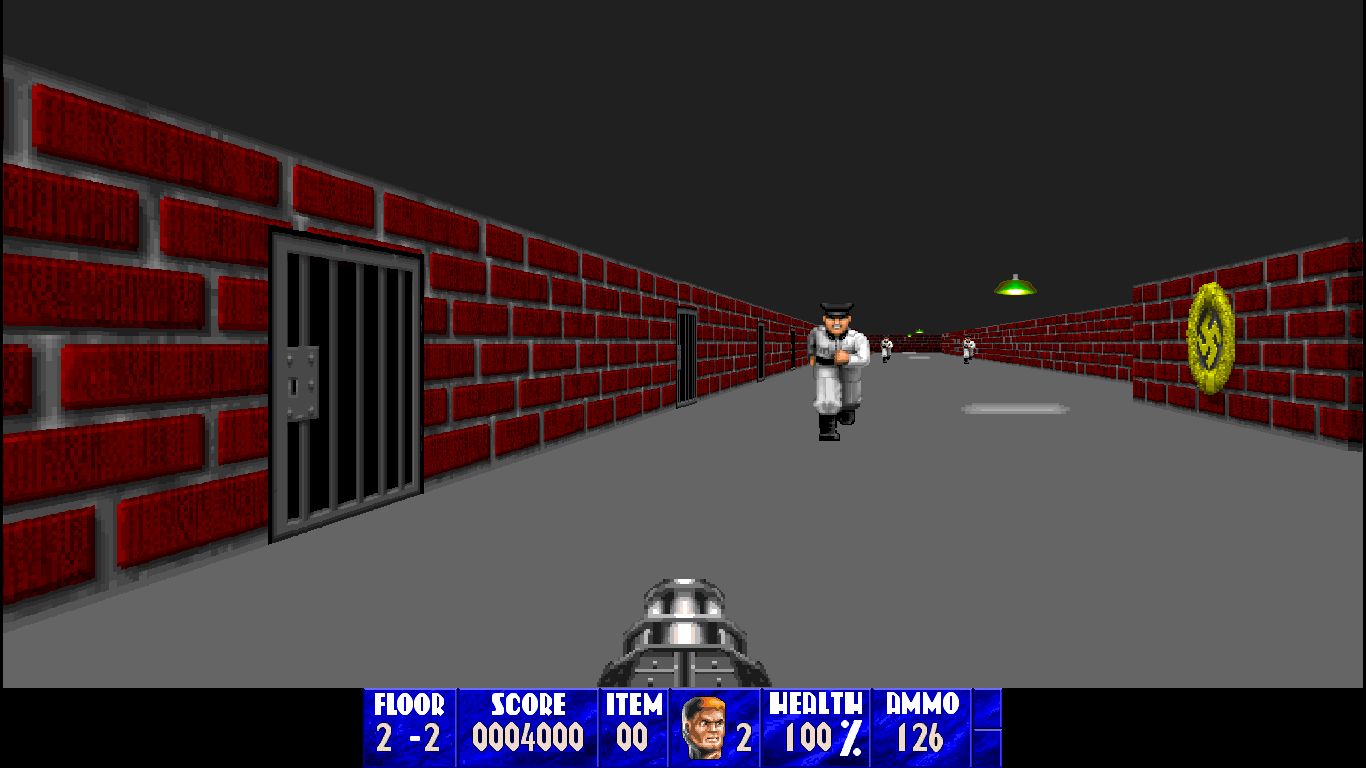 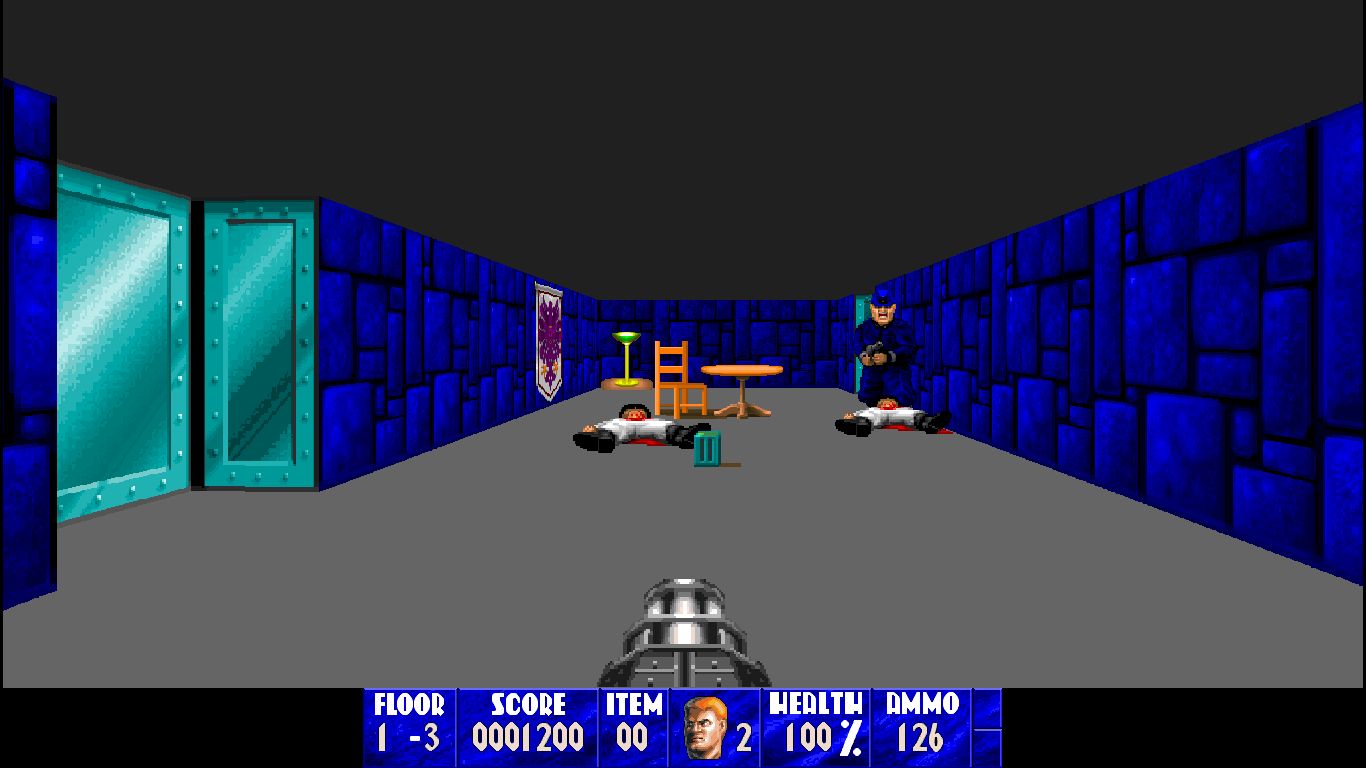 For the promised bonus release, Astrocreep was kind enough to port his old mod, Gorenstein, to MacenWolf. You can read more about Gorenstein here: Wl6.fandom.com Do note that the port does not actually include any of the new gore graphics, which is odd given the name "Gorenstein", but uhh... Never mind, enjoy. 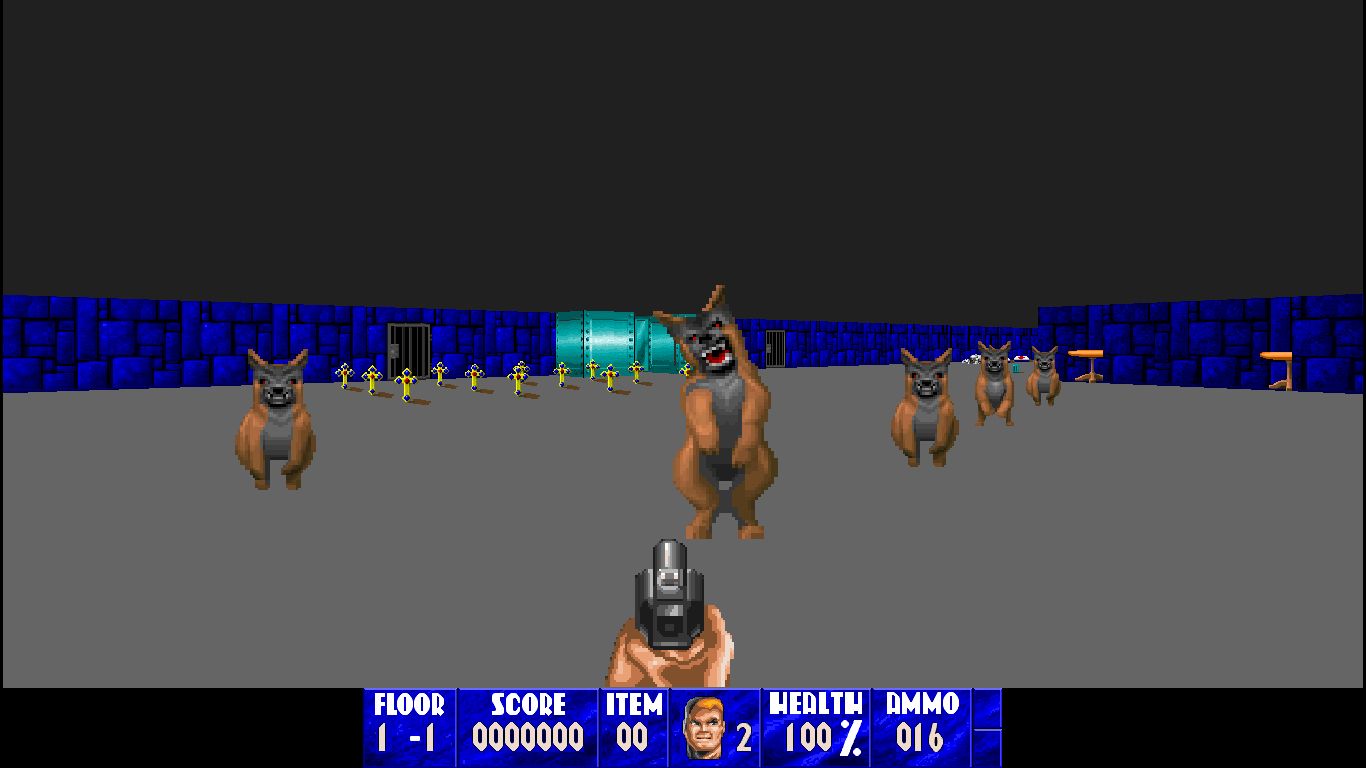