Here is our last week's Devlog explaining what we got upto!

Posted by TadasJuknevicius on Aug 1st, 2017

We are now at the half way point of the Tranzfuser competition!

We started the week with some bug fixing and documentation to polish off last week remainders.

So let's start with hands! Now you can change what spell you want to use for what hand depending on what type of sticky situation you're in! What's that grey cloud you may ask?..

We finally have our third spell which is Lightning! The lightning spell is a chain spell meaning if you hit an enemy it will bounce on to the next two nearest enemies within a certain range. You might think well that's a very over powered spell but a little heads up.. When it bounces onto the next enemy it looses 25% damage so by the third enemy it will only be doing 50% of the original damage.

Here is another showcase of how the spell's are working but with a lot more than just two bounces.

I think it's also time to elaborate a little bit on the Ice and Fire spell as well. The ice spell slows the enemy walking speed by 75% for 3 seconds while only doing 50% less damage than the fire spell. You might want to use this to slow one lane down while annihilating the other with a fire spell. The fire spell has a burn affect on top of it's initial damage which does an extra 50% damage over the next two seconds which is very useful against high health enemies. You can also use both spells to strategically slow the enemies down before annihilating them with a fire spell like the Gif below.

We have now also finished our concepting phase for our town levels! check them out below.. 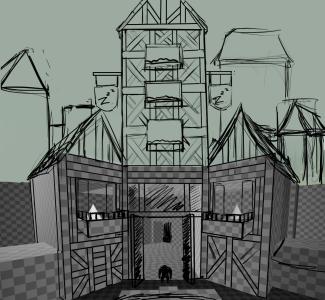 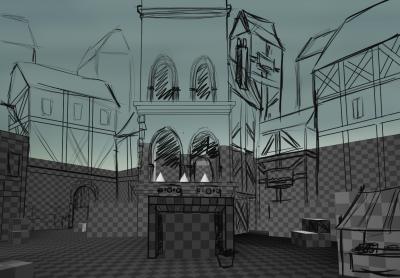 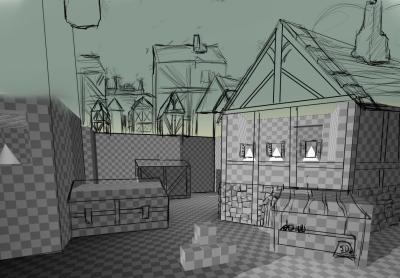 So this is how our week has been!