Check out some of the heaviest Manticores units in this January update of our Real Time Strategy game "After the Fall".

After a brief pause we return to our regular updates.

Today we will show you a few more Manticores units as well as a new ECF unit.

First is the Manticores Ballista. 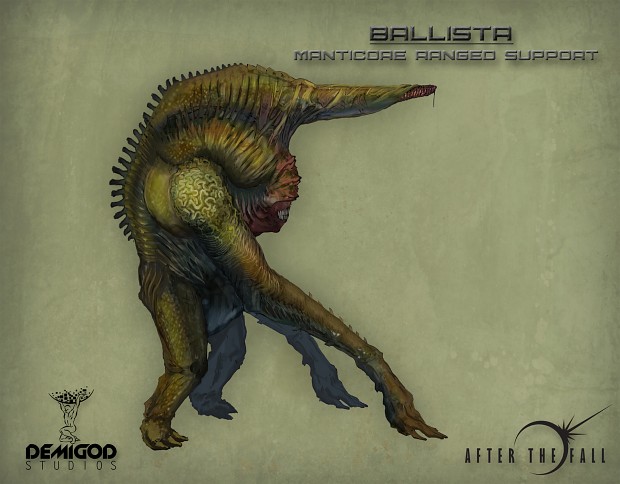 This creature is the Manticores sniper. Very long range and deadly to all ECF infantry units. The Ballista has the advantage over ECF snipers due to his thick armor that can withstand light weapons projectiles. Only heavier weaponry can effectively deal with this unit. It always stays at the rear of the combat and has a supporting role in the main attack force.

Now we will talk about some of the heaviest Manticore units that are able to deal more effectively with the tanks in the ECF arsenal. First we will show you the Colossus. 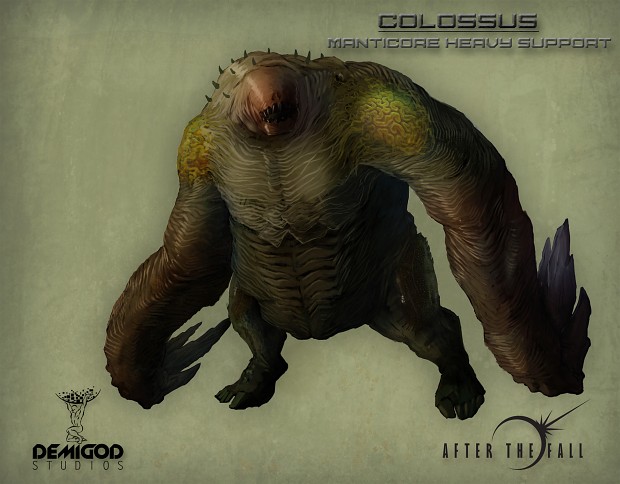 Colossus is a medium to heavy support unit and it can mainly deal with medium and light tanks. Its very thick armor and powerful hands helps him deal with sustained fire from multiple armored units while its speed ensures that can end the battle fast especially when there are not alot of enemy units in the area. He is also very effective against infantry units that have no chance to stand against him.

The last Manticores unit for today is also the most deadly of them all. The Destroyer. 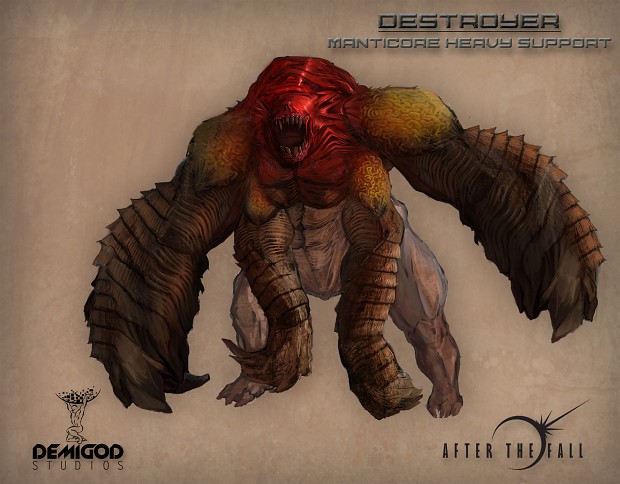 The Destroyer is the pinnacle of the Manticores arsenal. He wreaks havoc to everything he finds in his path including infantry,armored vehicles,buildings and tanks. He has so thick armor and powerful structure that needs alot of strategy to bring one of these down. It always go at the first line of attack and if it is supported by other units they can create an unstoppable force that can be a game changer. There are no known weaknesses and up until now only brute force can bring one on these creatures down. It’s a unit that should be avoided by any enemy unless absolutely necessary.

Last for today we will show an ECF unit that will appear as a special ability in the game. Here you can see an in game model of the airstrike attack plane. 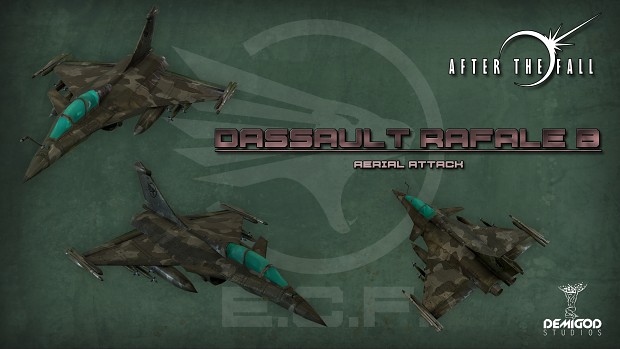 When you have deployed the Helipad and the Radar buildings the player will have the ability to carpet bomb a certain area of the map. A group of 3 airstrike planes will appear and destroy anything that is in the vicinity of the bombing area. This ability takes a specific time before it can be used again.

That’s all for today. Hope you enjoyed our new update. Next time we will show you some of the ECF infantry units as well as some more in game models that we have prepared. Until next time it will be a pleasure to see you in our forums and discuss with us you thought and ideas.

loving the monsters, cant wait to see them in 3d.

Thanks you! We are trying our best and hopefully we will be able to show some of them soon.