This is my first entry about Laws of Civilization, a new political simulation game that I'm actively developing since last year.

This is my first entry about Laws of Civilization, a new political simulation game that I'm actively developing since last year. My main goal was to create a "complete" turn-based game about politics. Create player's own party, or select an existing one, and run for elections to get seats in parliament. To succeed there is (of course) need to advertise the party and so I got the idea to bind promises in a way that if you won't keep them, you will loose your voters again. So it's up to player to select the right goal to promise and to attract than potential voters. 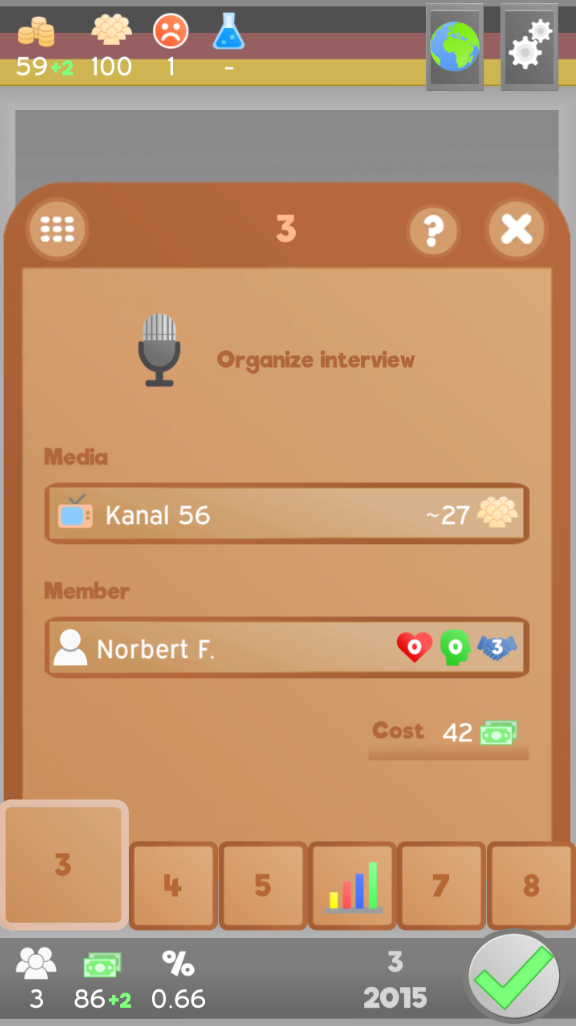 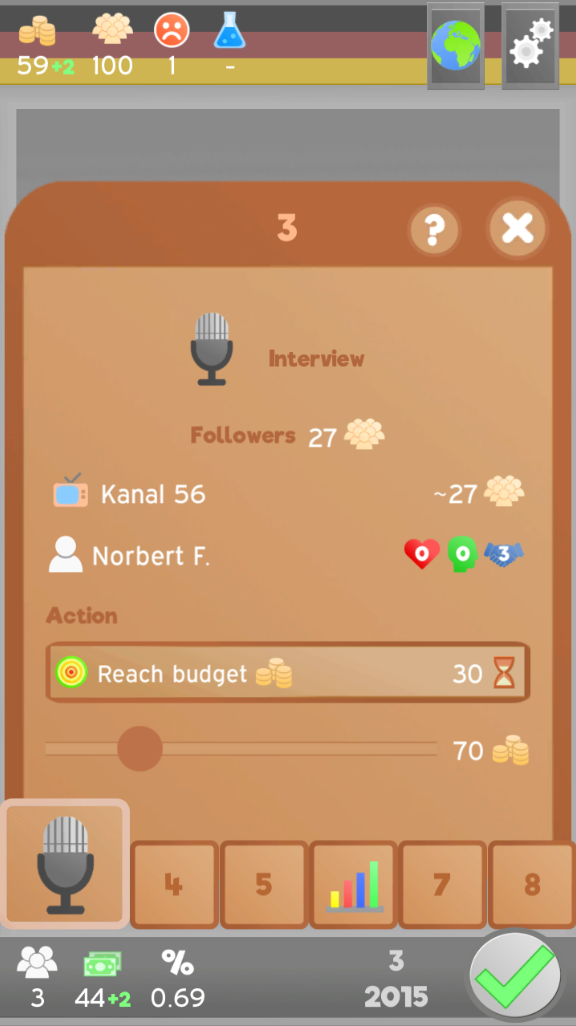 [ Here I am with Germany planning an interview on Kanal 56

and than promising to reach a budget value of 70 ]

Once in parliament the game becomes more interesting. The player has finally the opportunity to influence the laws of the choosen country with his lawmakers. So he gets the opportunity to write new laws and than to approve them in parliamentary votes. Sometimes the player will need more than one lawmaker to approve or reject a law and this fact opens several options to player. He can simply corrupt and buy a new lawmaker with money, or work on better relations with another party which than will help you to pass some important laws. Beside of this the player needs also to elect a new president of country and to choose a science to research in order to progress within the game. 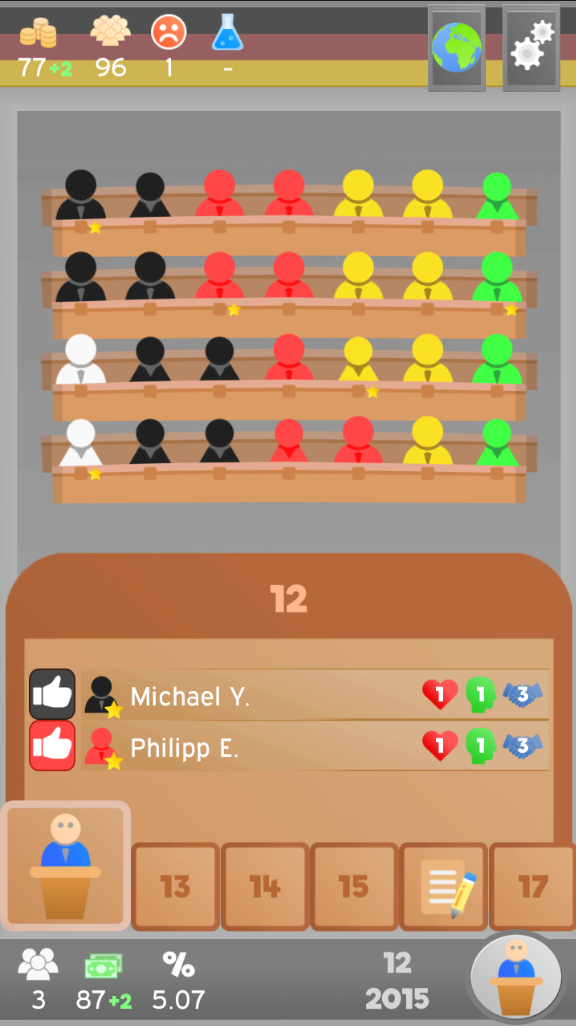 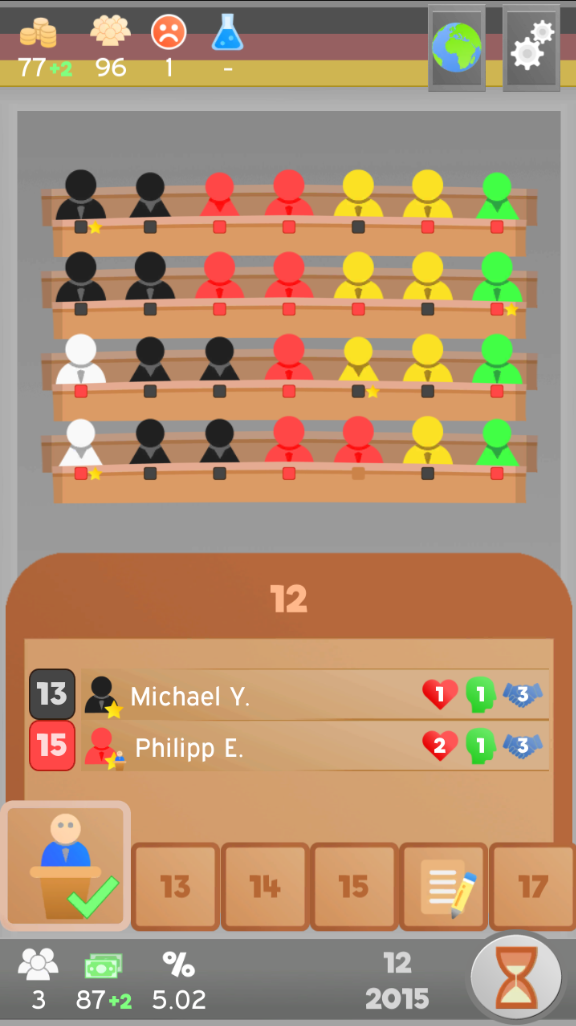 [ The time comes to vote for a new president of country.

I hope you liked this brief introduction. I would appreciate any comment, suggestions or critics.

PS: The game is planned to be released on different platforms and resolutions.

This looks like a great project! Definitely the kind of game I like to play. Looking forward to reading more (and an iOS port maybe?).

Out of curiosity, what made you decide to use Unity for this project? It looks like it's UI-heavy and light on physics.

Hi, I'm glad you like such kind of games. I chose android as first platform, but right after the alpha stage I will compile it for iOS too.

The past 5 years I worked with Unity3d and this is also the main reason why I chose it. I've created many plugins to support me and some workarounds to reduce UI's impact on performance.