Race during the golden age of Japanese street racing through the dark streets of Japans hills and mountain passes to glory, tune your JDM car to its maximum potential and battle for victory around the sweeping turns of the touge. 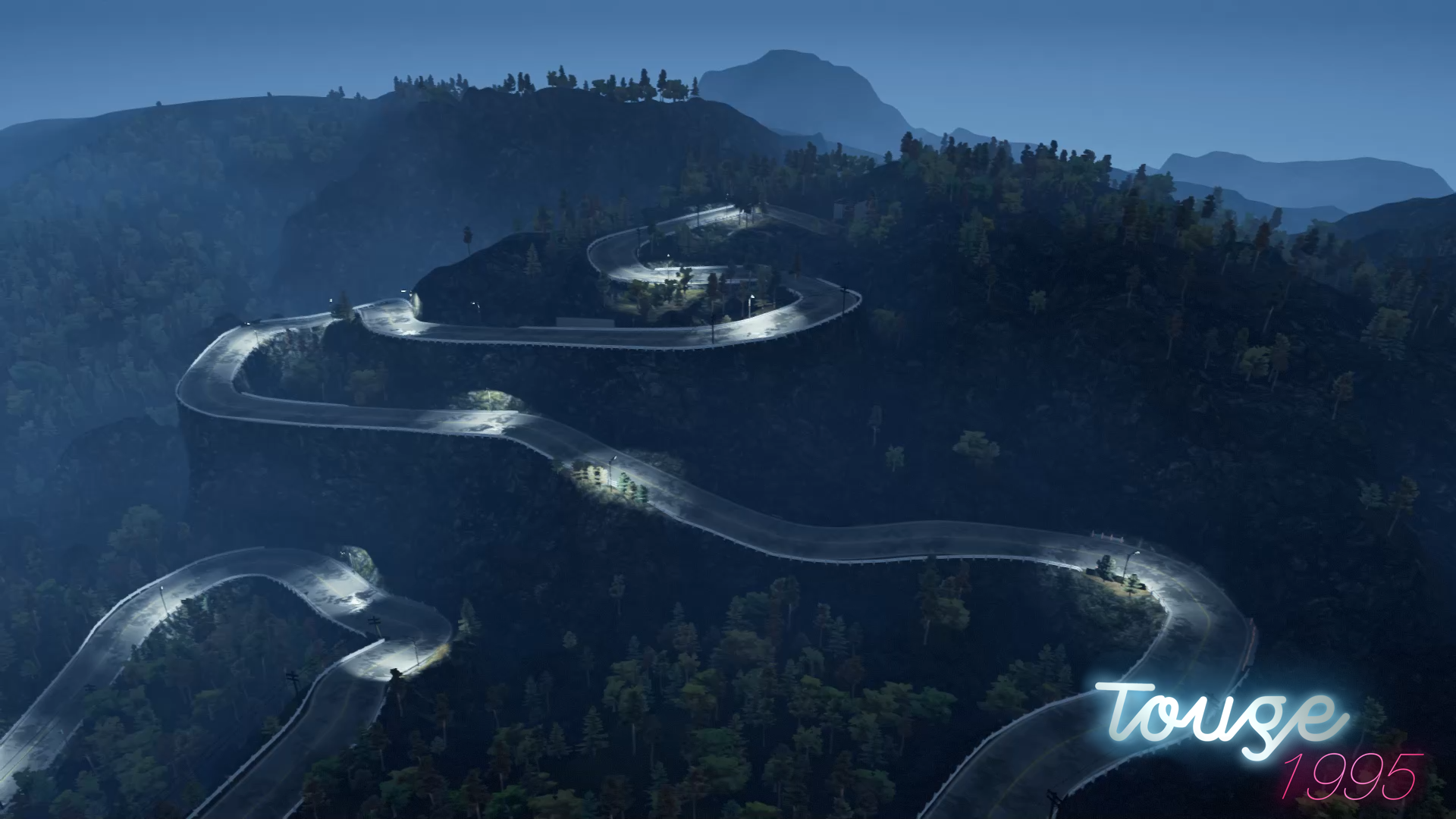 TOUGE1995 is an open world game where you race during the golden age of Japanese street racing, though the dark streets and mountain passes of Japan in your car.You play as a racer who wants to uphold his father's legacy as one of the most notorious touge racers. You purchase a car, modify and push your car to the limits through the sweeping turns of Japanese hills as you compete with fellow street racers. You can choose to join or build a team of street racers once you have gained enough respect. 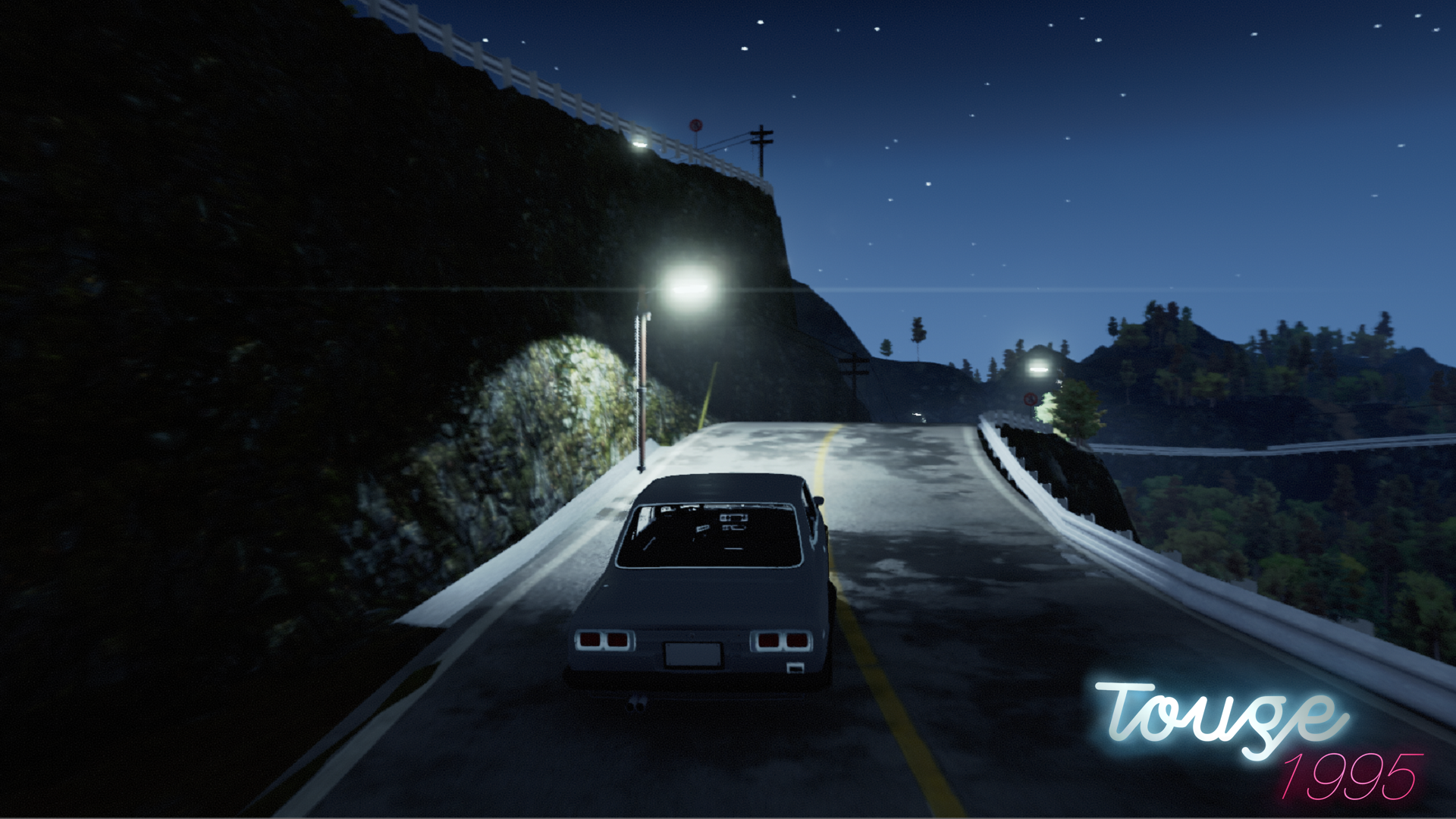 TOUGE1995 will feature a large range of cars, based on 70s, 80s, and 90s Japanese cars. Many customization options are available for all of the cars in the game, which gives the authentic feeling that the car is your unique creation.

TOUGE1995 in set an aesthetically pleasing 90s Japan, featuring urban areas, countryside, and hills. The player can choose to cruise and enjoy the scenic views of the Japan countryside or can engage in intense battles, drifting down the hills and through the streets of Japan at night. 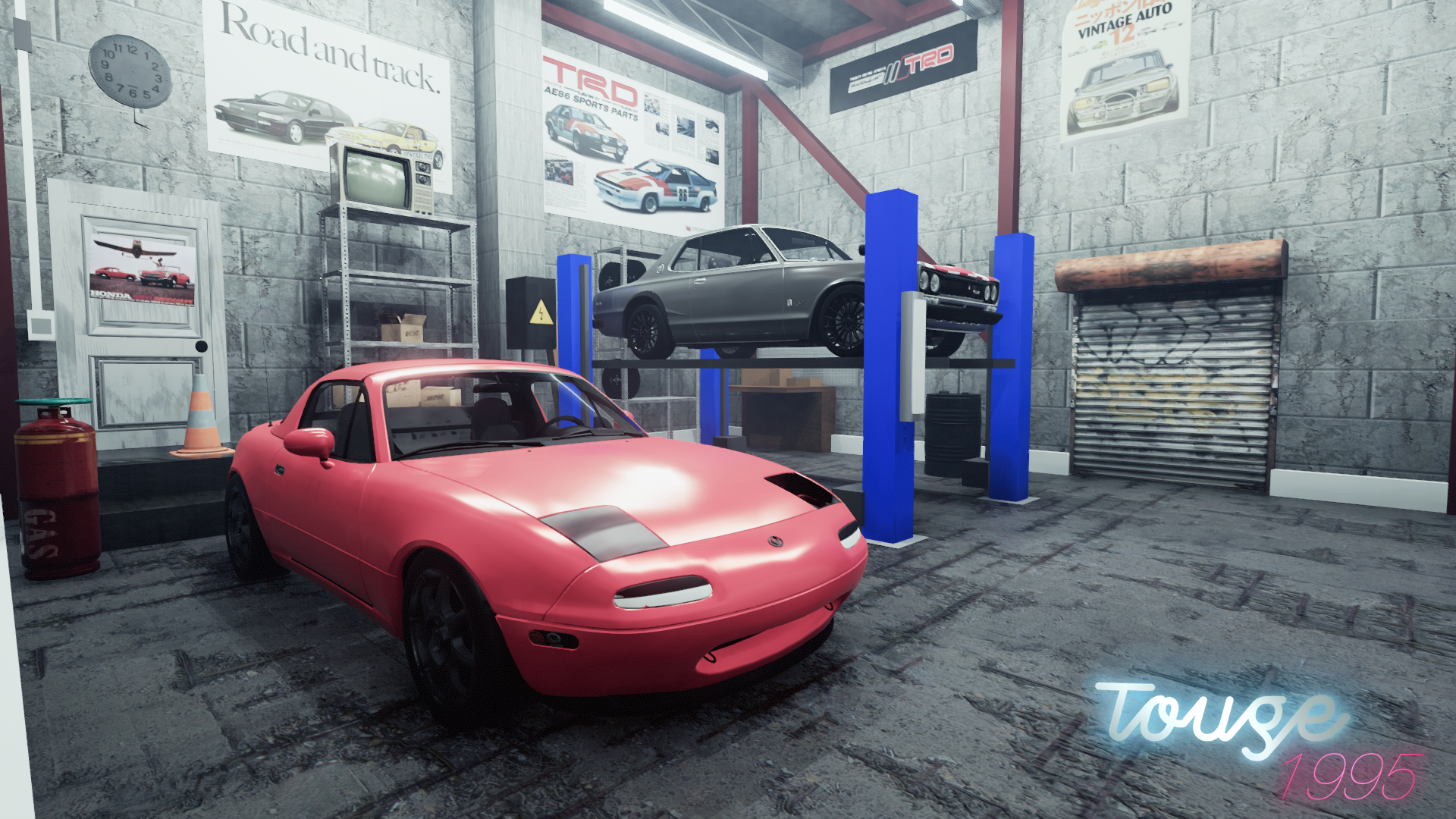 We expect to have a demo for the end of the year, a full announcement will be coming shortly.

This is an ambitious project but we believe we have enough passion and commitment to make it happen.

If you want to keep up with development you can follow our development channels below. I personally recommend joining our Discord as I discuss the game with people, post exclusive development screenshots and much more there. 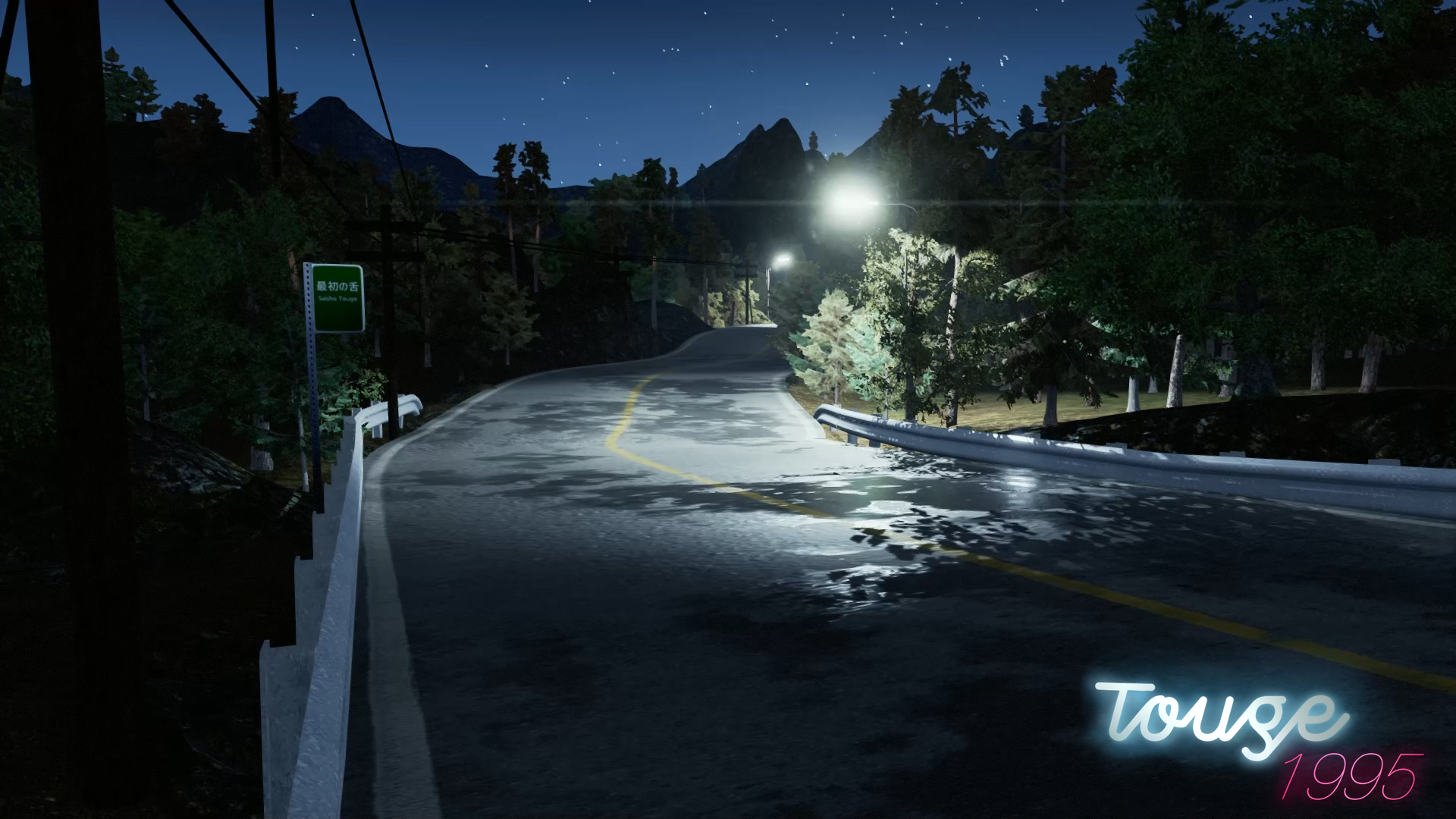 *muffled eurobeat in the distance*