Feeling nostalgia for the good old days of F-Zero, POD, Rollcage and Wipeout? We do. Hello from the team, we are looking for your valuable input! Help us shape a great arcade racer for next-gen.

A condition experienced by pilots and astronauts in which blood is forced to the head and results in a reddening of the field of vision during rapid deceleration or in manoeuvres that produce a negative gravity force. Also, the fastest arcade racer since the good old days of F-Zero, Pod, Rollcage, and Wipeout.

2560 AD. Humanity moved to Mars and some of Titan's moons. The most followed and expensive sport is a high-speed racing class employing magnetic hoverships, the fastest ever engineered: a sport named RED:OUT, after the constant G forces that drivers need to endure. 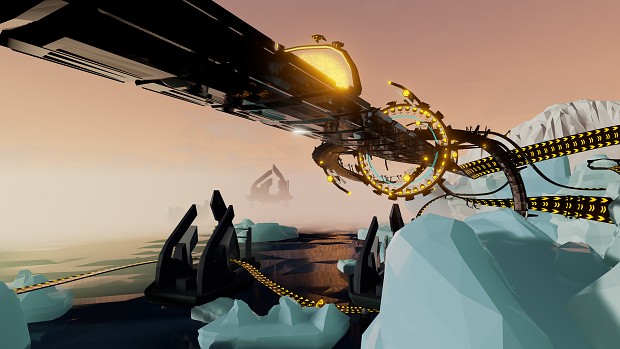 Low-poly meshed and landscapes blend in with the latest state-of-the-art shading and lighting effects, creating a beautiful mixture of sharp nostalgia and next-gen. From dirty suburban environments to eerie frozen landscapes, to vast desert plains, this style performs equally well. Red:Out is developed in Unreal 4. 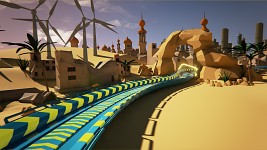 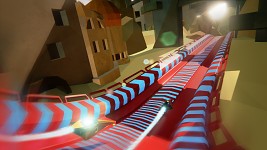 Controlling a nuclear-powered ship hovering about two meters from the ground going over 400 km/h is no piece of cake The goal is to tap into the vertigo, to recreate the frenetic, tough, unforgiving but satisfying driving experience that sits at the core of the arcade racing genre, by making good use of the physics engine behind Unreal 4. Your ship will never race on rails: each input you provide will apply a physical force. 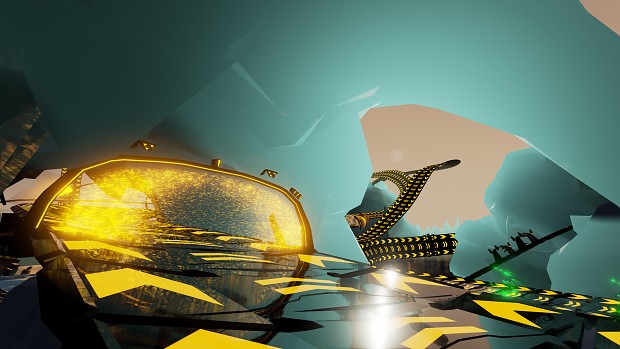 All kinds of feedback, input, and support are more than welcome. There's still much work ahead of us, so now is the time you can have an influence on how the game will become. Pats on the back are appreciated as much as criticism. Feel like sending an entirely new UI concept? Feel like we should change the ships design to hovering tractors? Let us know!

Love both how it looks and how it sounds!