Introducing the first non-playable character: Rika. I also added some basic features for her to work correctly: a daily schedule and a conversation system.

Using A* pathfinding project script, the Non-Playable Characters will execute different daily routines depending on their role, for instance a shopkeeper will open up her shop on morning and close down on midday.

There is currently no way to prevent the characters from being slowed down for too long by the
player but most likely they will push the player off the way or pass through them. 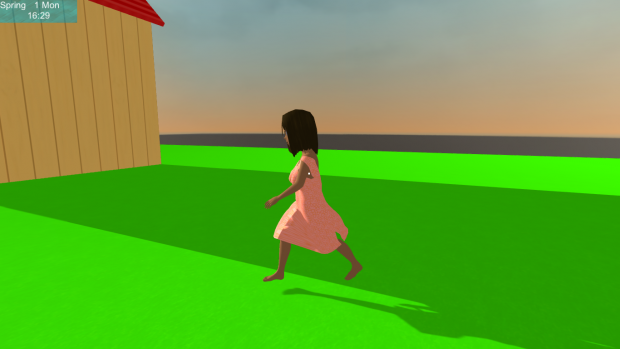 A conversation can be triggered by the player and at times by the NPC during a cutscene.
Just like any other action, during a conversation the time will freeze, while the first dialogue will always
be the same when meeting the NPC the first time, all the other dialogues will change depending
on many factors (Time, day of the week and even season). 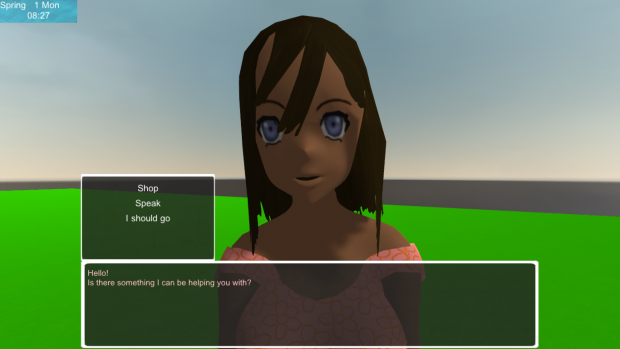 Rika is a 21 years old girl with a cheerful personality which loves flowers, she made this passion of hers into a profession (she owns a flower shop).

Her body (and skeleton) was made using Makehuman, her face is an edited version of "Anime Character Rendering Test" by danikreuter and the animation she uses (Idle and walking, for now) are from Mixamo.

While most of her story has been written and, I think, all basic features such as a conversation system, a daily schedule and a shop system are there, her looks still need some extra work. 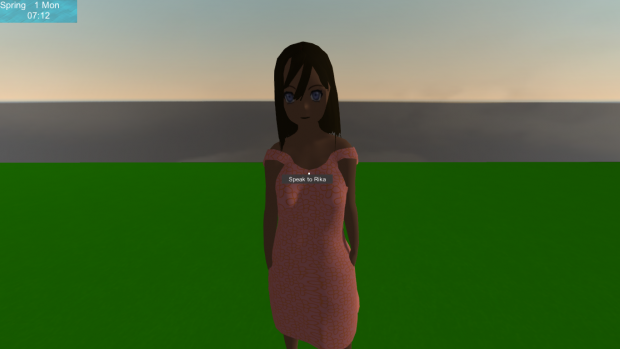 You can view the current news in this short video, helpful to see the animations and facial expressions: