The cool new world in Okhlos is here! This week we show you lots of green!

In the huge 0.4.0 version, we added a big feature that we barely mentioned before. That’s Ephesos.

Ephesos is a new world in Okhlos, and the hometown of Artemis. We still need to work a lot in Ephesos, but we could put enough to have a stable version for the IGF.

This makes Ephesos our third world! And right now, we are making a few more! We hope to have quite a few more by the end of the year.

So, what’s going on with Ephesos?

We decided to start working with Artemis, and we needed a place. We started with Brauron, which was a good fit for Artemis because it held The Sanctuary of Artemis, and also because of the green. We wanted the Artemis’ world to have lots of green. We wanted some kind of city invaded by plants, and Brauron seemed just right. We even started making most of the world’s assets with that name. However, we weren’t 100% convinced that placing the action in Brauron was a good idea, mainly because of the name. It’s not very likely that you’ll associate “Brauron” with something Greek. Brauron seems more like British.

We knew that the name was not perfect, so we kept searching for a better fit. Finally, we found Ephesos, which had everything we wanted.For starters, Ephesos was famed for having The Temple of Artemis. It’s also very green. Also, it sounds sooo Greek. Anyway, we are extremely happy with the new name. It was a perfect fit, so we gladly went on to change the names of the assets. 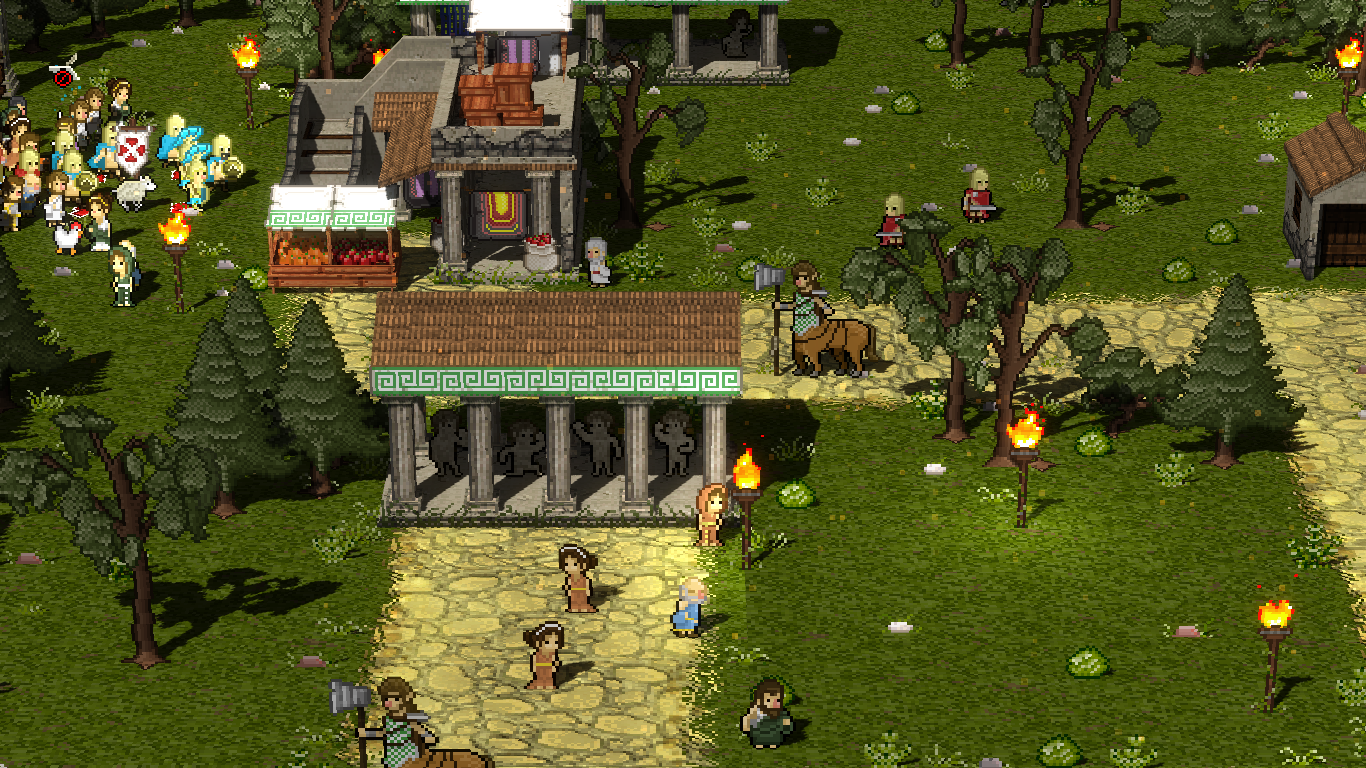 Keep in mind that still is a work in progress.

So, apart from the stupid amount of trees, Ephesos has simple buildings because it’s a rural area. It doesn’t have too many shops, and there are lots of farms. 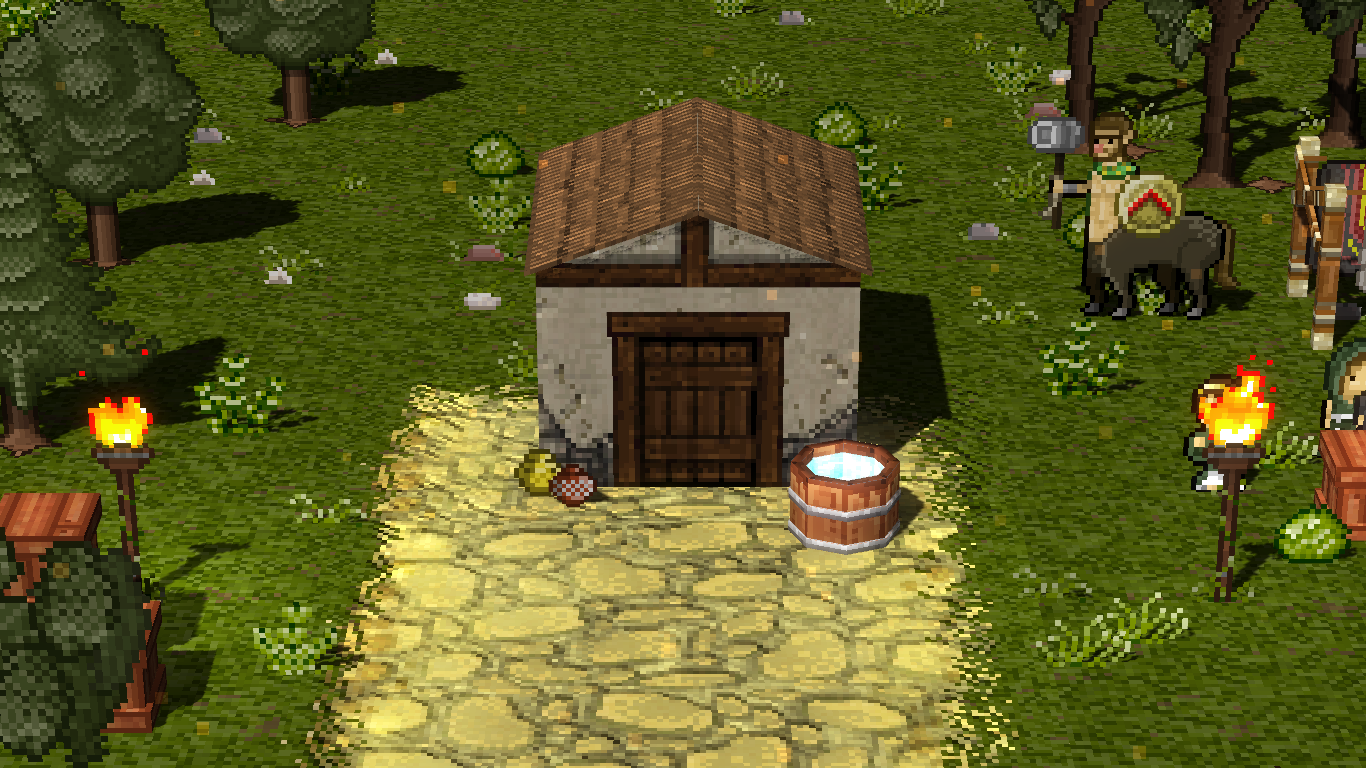 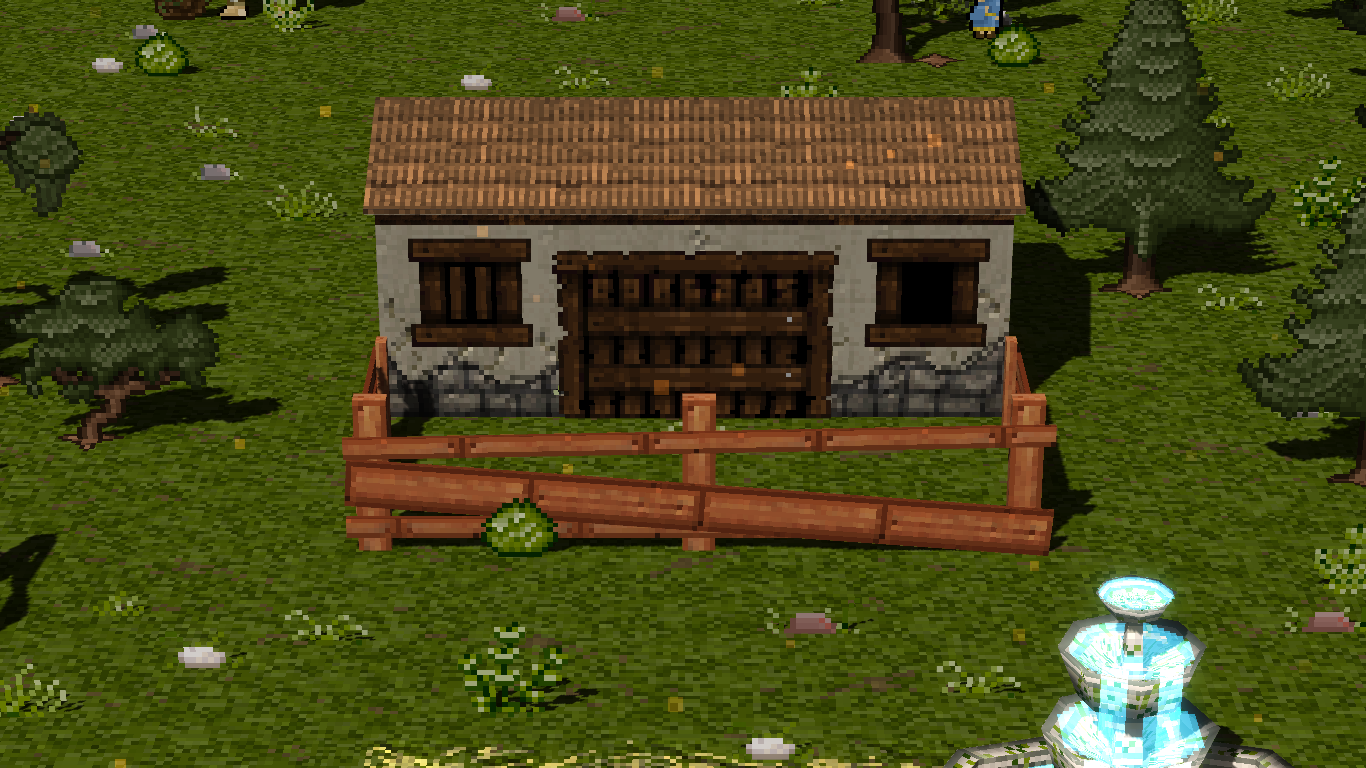 Also, a new feature in 0.4.0 is that when entering the boss level, the transition will be slightly different, in order to let the player know that he is about to fight a boss. 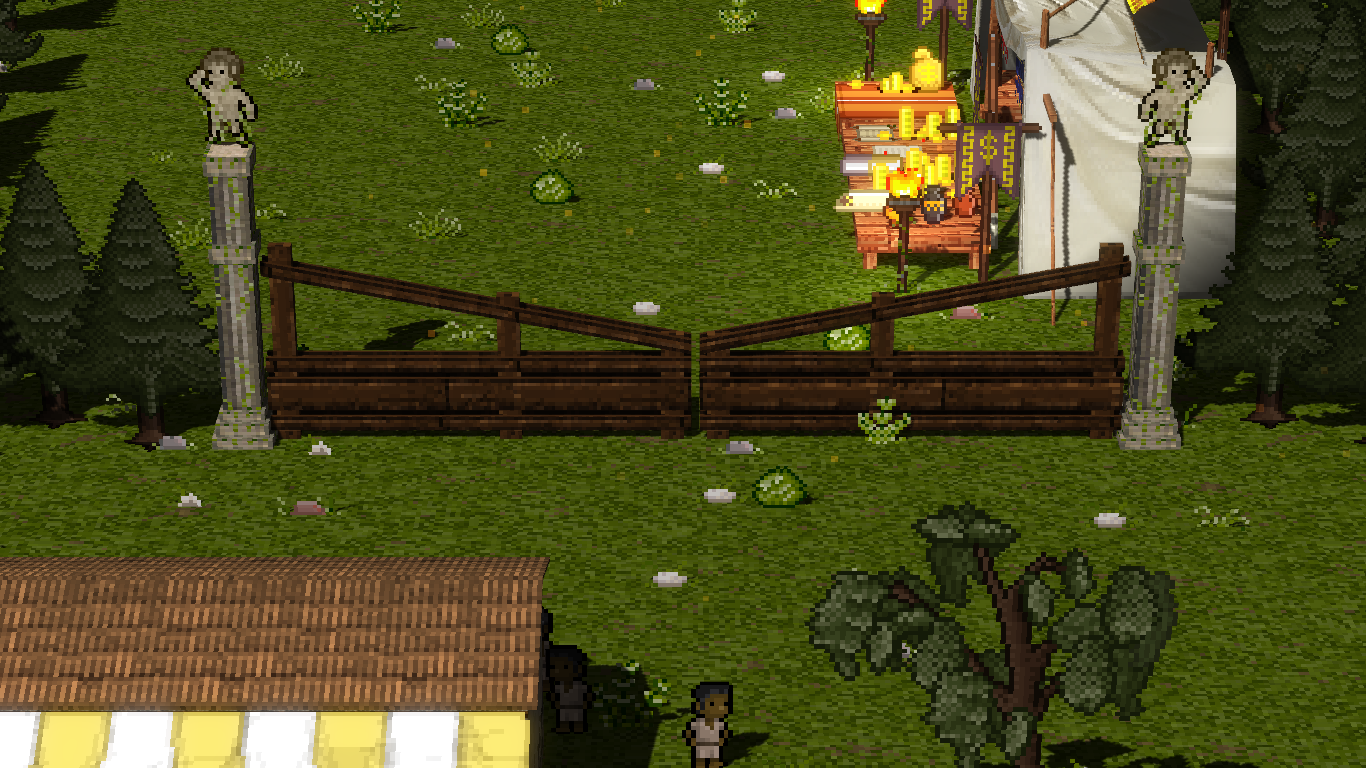 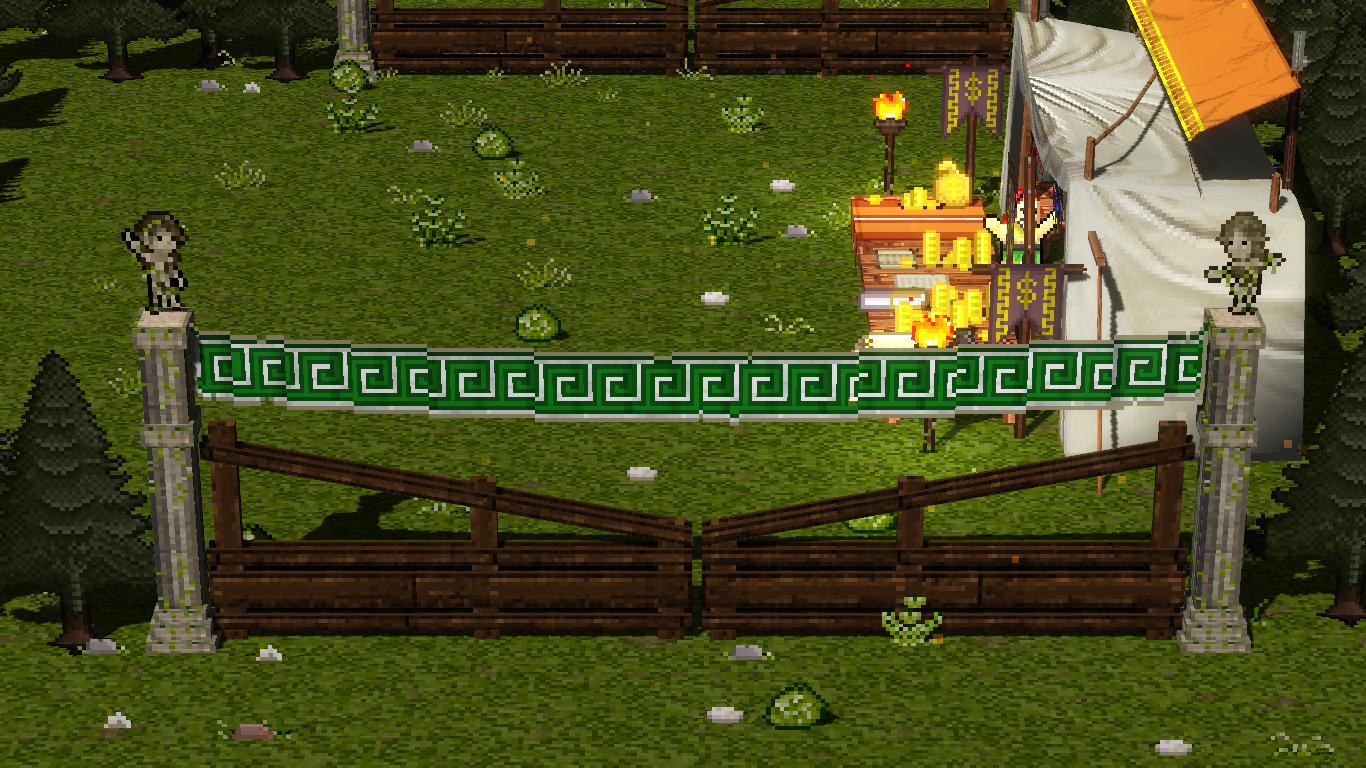 Another thing we did was adding some grass and foliage to the fountains and statues. That really made them stand out. 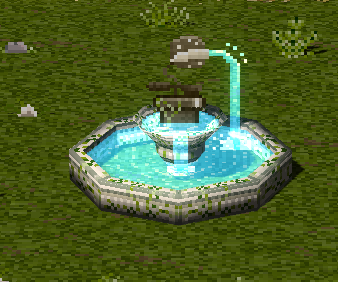 The roads were a pain. Really don’t know why, but it took us some time to get them right (also, we feel that we might be revisiting them in some time). 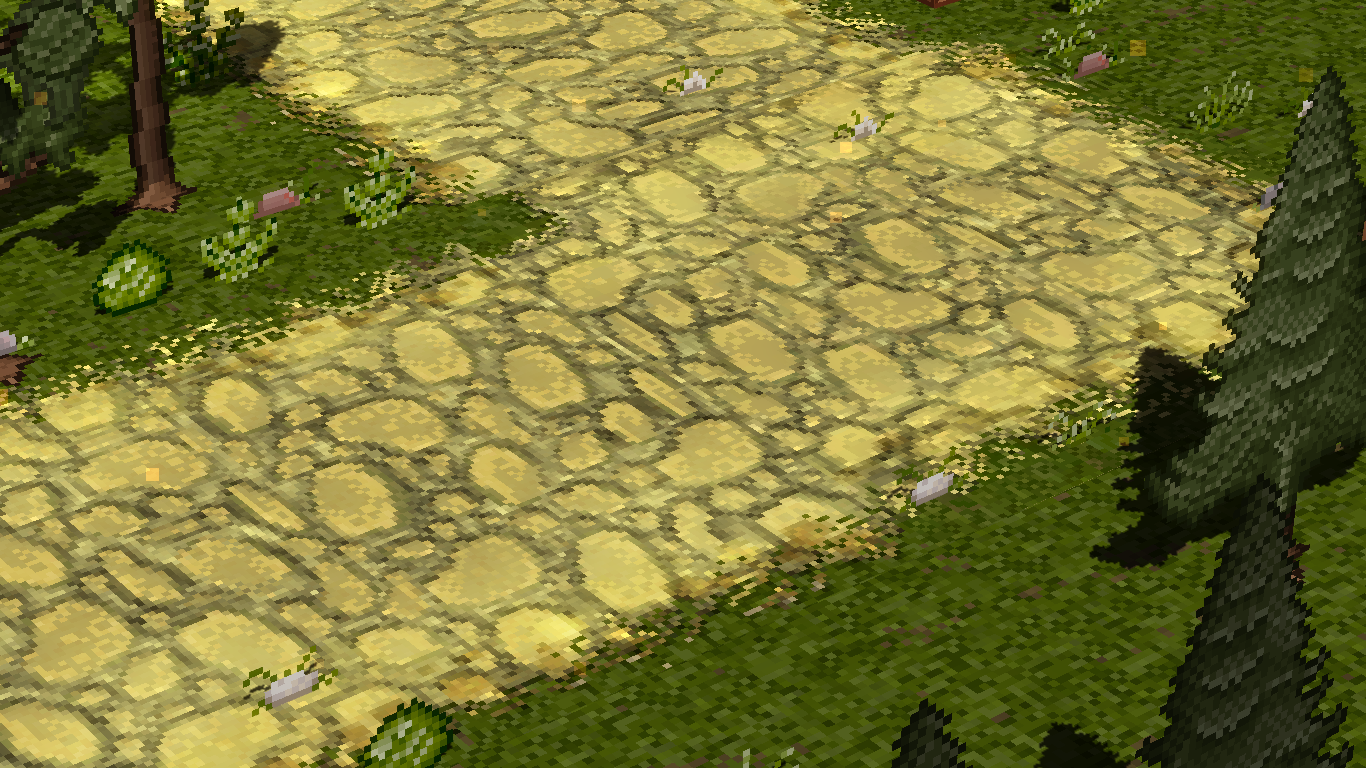 Next week we will continue discussing the new things in Ephesos!

Lol, did I see a Piranha Plant from Mario on that fountain? That's a nice reference!

Furthermore, I've been following this game for a while and following news updates and videos and all of that, it looks really fun! The art style really stands out in my opinion! Good job on that art style!

Thanks!!
As for the piranha Plant, no, it's not a Piranha Plant in a Pipe, from Mario Bros. Nudge, nudge, wink, wink.