Bringing you all about the game's mechanics and more! Important decisions will play a key role in how the adventure proceeds. Some of your actions will directly impact the world around you, and the outcome of the story.

An In Depth Look Into The Game's Mechanics

Compared to the initial demo, there's much to be seen in the latest update. I'll break it down into detail and certainly encourage you to check it out for yourself. If you're into JRPGs, then K&L: Ωmega is 100% for you!

Here's why the updated version is a bit of a big deal. The game is currently into Alpha development, this means much is still subject to change. However, the demo now lays the roots for the game's story. This means that to an extent, this is likely how the game will introduce itself in its first hour of gameplay.

Enhanced Combat Mechanics
When initiating combat, players will be met with two choices. These are, Ωmega Mode & Classic Mode. Here's what these combat choices will do for the player.

Ωmega Mode: Enlarges the player's actors while adjusting the height and angle of enemies. This means you can have bigger, visually enhanced battlers during Active Time Battle.

Classic Mode: Actor sprites are naturally smaller by default. This caused an odd visual conflict where enemies were 2 or 3 times bigger than the heroes. What Classic Mode does is adjust enemy graphics so it matches the heroes height. It will now provide an immersible atmosphere where a common bat isn't bigger than the player's character. Also, I'm debating whether or not to turn Classic Mode into an alternative Turn Based Battle system. At this moment, the current combat mode remains ATB.

In both modes, players will experience unique battle conditions as seem in the video above. E.g. when fighting a pack of wolves, targeting the alpha and killing it could cause the pack to scatter. Bats are more likely to drain blood when their HP is running low. Stingers, have a chance to inflict poison with each strike, and so on. Each enemy will present the need for creative strategies. Leveling alone won't guarantee victory in combat. 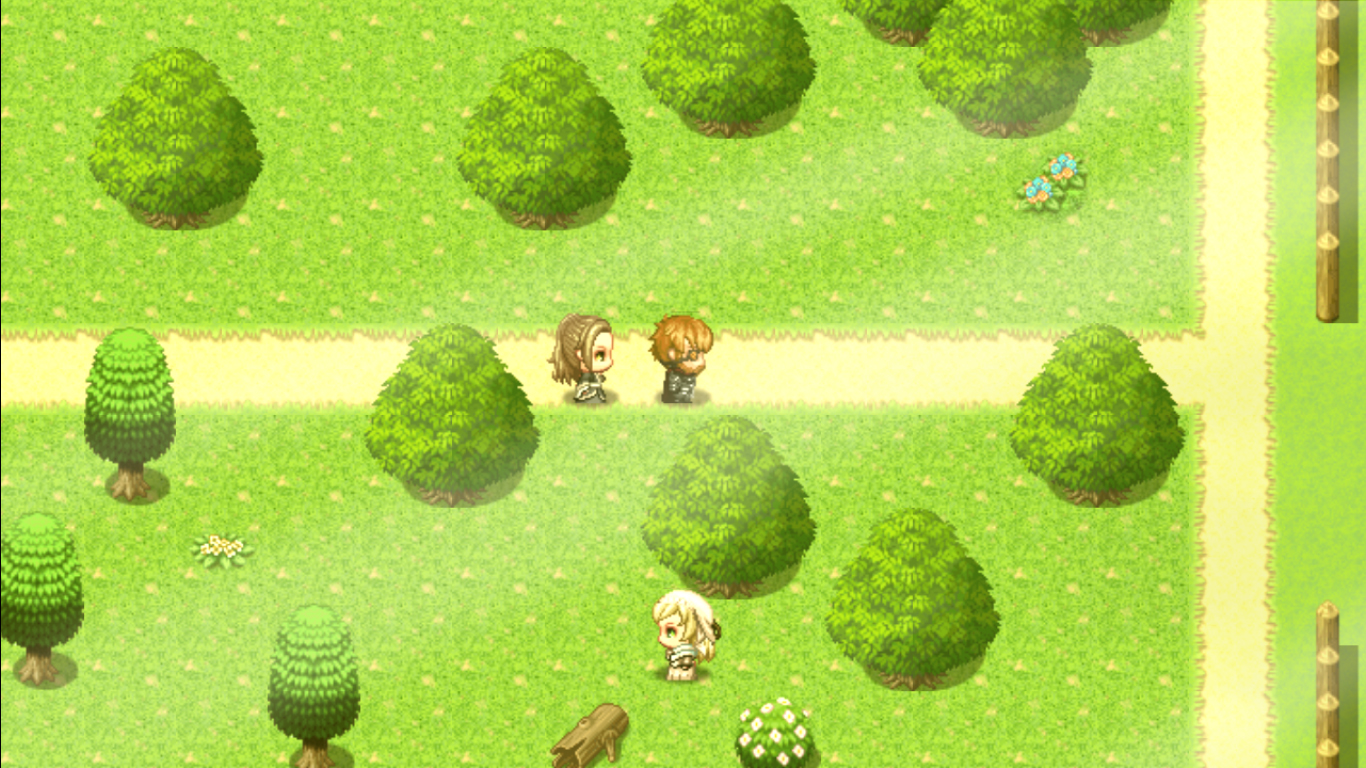 These small weather effects greatly enhance the gameplay experience, while attempting to fully immerse the player with the game's fantasy world. Currently, there are plans to add more visual filters in the future. These range from a light touch of bloom, to motion blur.

The game aims to offer a semi open world module. This means each scene will generally have plenty to see, and will feel rewarding to explore. Player's will be able to extract resources from nature by using tools like a shovel and pickaxe. These natural resources can then be traded or sold for goods and services. E.g. Bringing chunks of Iron Ore to a forge, will provide the Smith with materials needed for weaponry enhancements. Not only that, as you use these tools, they'll eventually weaken and break. Forcing the player to purchase replacements or reinforced versions as well. 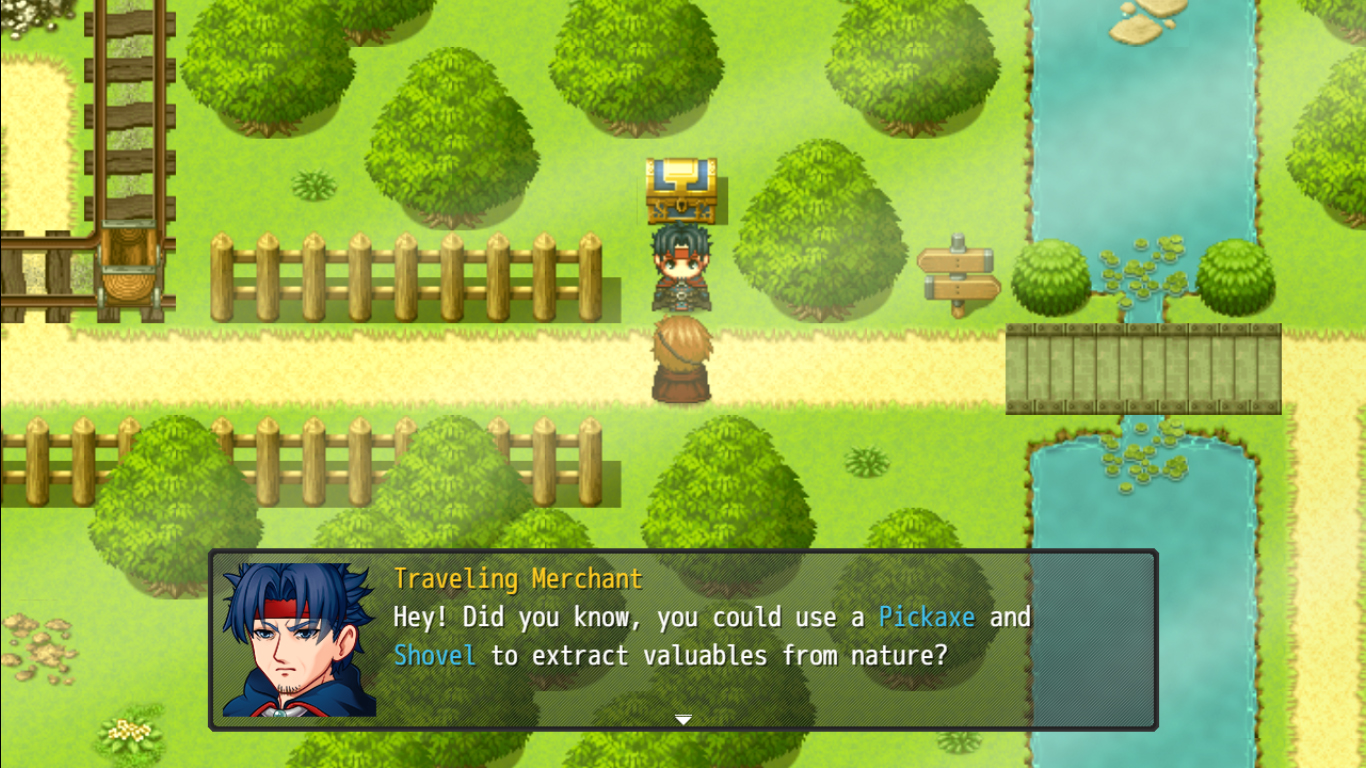 No matter where you are in the world, players will always meet corresponding lighting and audio effects. E.g. Leona Village, is located in a beautiful forest-surrounded green landscape. You'll hear the wind, birds, and some insects while outside. However, once inside a home the player will notice the transitional shift where insects can no longer be heard, while birds still can.

Once further away like a home's basement, the player will notice none of the exterior sound effects can still be heard, and so on. The closer you are, the louder things will sound. Delivering a 3D surround effect to these 2D environments.

The Story's Hook
The latest version of the demo, aims to introduce players to how the story is likely to begin. The first 15 minutes of gameplay will also aim to cover many of the game's exciting features. 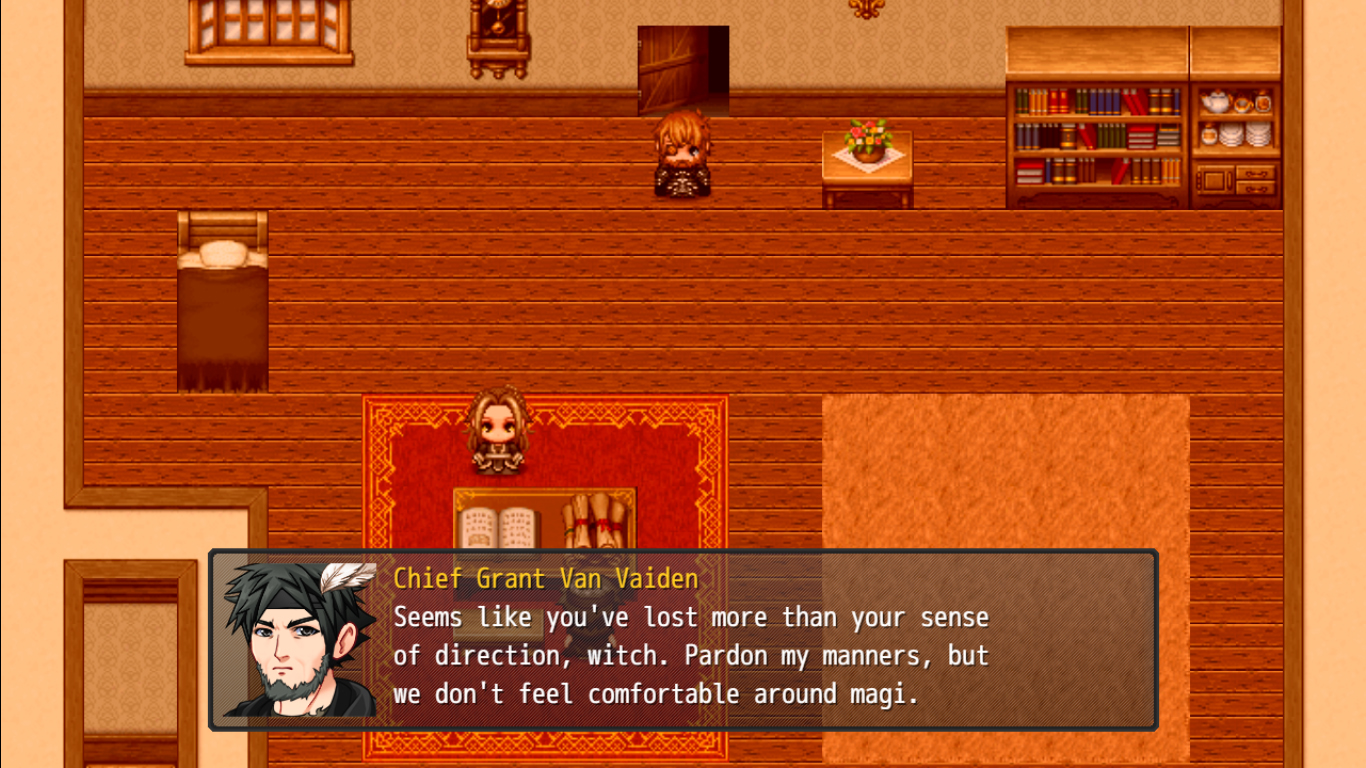 The hero of this story is called Maximilian, but you can name him whatever you'd like. Companions as of right now aren't nameable, but that could change. As previously mentioned, Ωmega is an indirect sequel to Knights & Legends: Dawn of a New Age. The latter, soon to be released in July 2021.

Maximilian is now a seasoned warrior, working as fixer/mercenary for the Xhinian Church and its Arch Bishop. What players will quickly realize is that the faith is in shambles, and its purpose in the world is now being questioned. The Church appears to be primarily focused in making a profit as a for-hire institution. The Xhinian Apostle, Valery Fireborne, the one who helped erect the first church begins to fade away from the heart of her faithful followers.

Maximilian himself realizes he's merely a tool in the hands of a man with an increasingly selfish sinister ambition. As a broken man, he now lives his days longing for his long lost purpose. No family, no faith, no glory. This is the tale of the fallen Templar, a tale where light and darkness become one the same.

Karma & Influence Systems
The story will offer many opportunities in which it can be altered by the player's actions. It will also allow for players to use their influence during key moments. 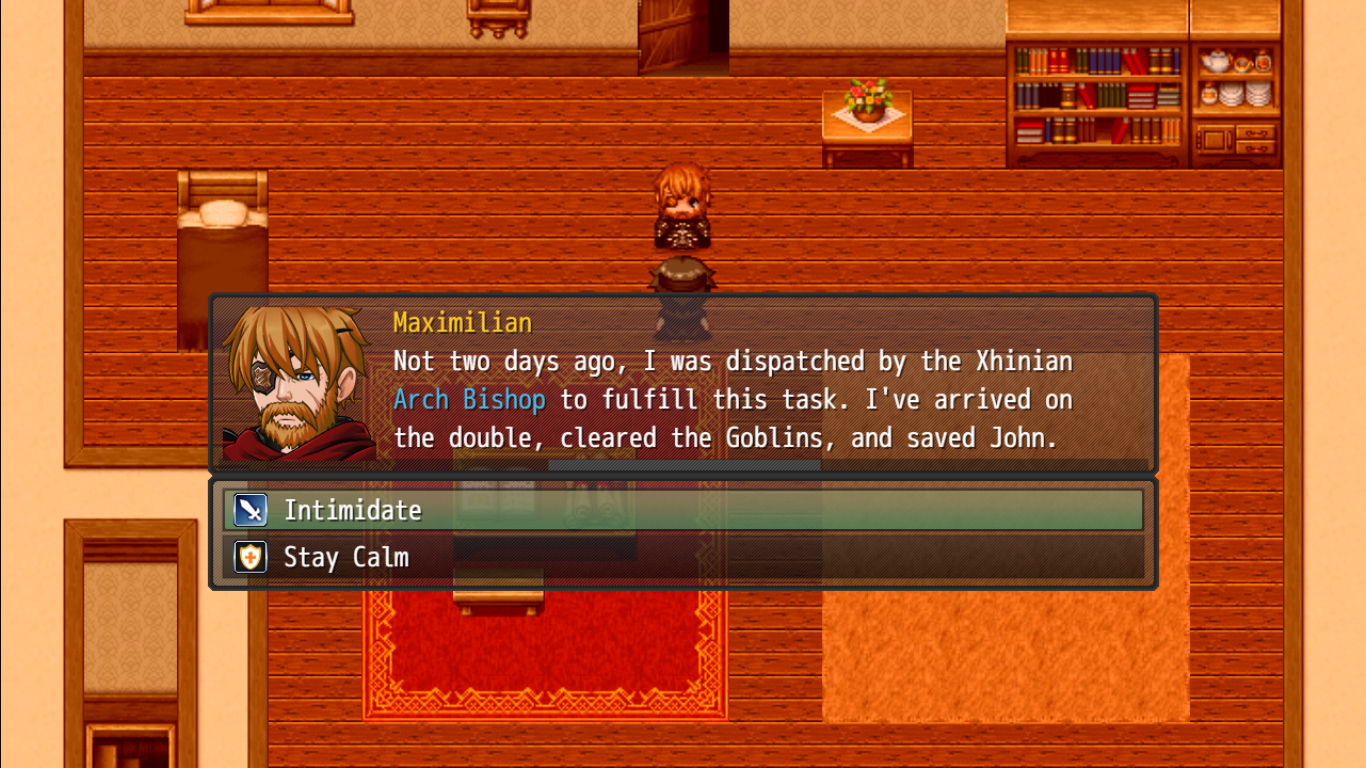 Maximilian is offered two choices, after being denied full payment for his services

Important decisions will play a key role in how the adventure proceeds. Some of your actions will directly impact the world around you, and the outcome of the story. Being blunt, heartless, cruel could all affect how a NPC responds to you. Sometimes these choices will open or close doors to exciting outcomes like rare items, weapons, skills, etc.

A Special Thanks
Thank you for stopping by, and for your interest in Knights & Legends: Ωmega. K&L started as a Tabletop RPG way back in 2016, and it has been slowly transitioning into video games since late 2019. You can learn more about the previous best selling TRPGs that reached critical acclaim, by visiting the game's official website at your earliest convenience.

It is with utmost importance I ask of you, if you like the game please help spread the word. Follow or leave a like, these simple gestures of kindness insure that K&L continues to have a bright future ahead. It immensely helps me out by giving me more time to develop, and less time spent marketing. In the end, I can focus in providing the best experience possible while keeping my games affordable to everyone. Thank you for your continued support! More updates are to follow.

The Passing of Kentaro Miura
Just yesterday, I learned the world lost one of its most brilliant creators, the great Kentaro Miura. He will never be forgotten by me and the rest of all Berserk fans out there. I can't emphasize enough how deeply saddened I was to learn of his passing. Not only that, Mr. Miura played a key inspirational role in my dark fantasy world as well. While my talents aren't nowhere near his expertise, this man loved his craft as much as I love mine. He will always remain a great inspiration for a lot of people.