Update regarding the mod, and some questions answered.

Greetings fellow gamers. I am posting this to give you all an update on the progress of Imperium Condita. First off, let me express my gratitude for the interest you have shown. This really would be a waste of time if no one wanted to play it, and I can see that you are all up for it. So thank you. As this mod currently stands, it is still in what I consider early stages. Progress is being made on all fronts. Units, texts, pictures, sounds, music, and most recently maps. I understand that some of you would like a release date. But as it is, this mod is not ready to be played, and will not be for some time. There is still much to be done as far as models, graphics, and other features. Let alone the main campaign. The plan is to release this mod as one final, finished, and polished production. I will not be releasing a beta, demo, or test version. 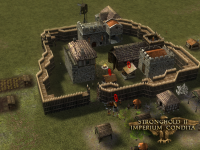 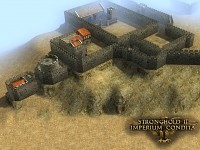 I know this may be disappointing to some, but its what I've decided to do. I really want this project to be a wow moment for those who first play it. I want you to get excited when you start discovering all the little details that were invisible in the native game. I want you to get the complete package, so that you aren't waiting for the next version. I want you guys to have it all at once. This will undoubtedly take time. With work, and life in general, I obviously can't devote myself to the mod completely. I'm working on it as much as I can, but I'm only one person. Though I appreciate offers for help, this has really become MY project. (and at the risk of sounding possessive, I have everything a certain way in my mind) So I'll keep chipping away on my own until its done. It will be a while, but I promise you that it will be well worth the wait. I want to breathe new life into the Stronghold 2 community, so nothing but the best will do. 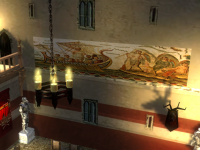 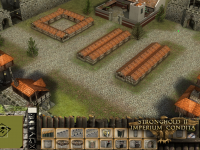 At the moment, the closest estimate I can give you right now is sometime mid next year. This is not set in stone. It may be sooner, it may be later. Either way, your patience is greatly appreciated. For the time being, please go about playing your favorite games, and drop by from time to time when I post new media. Think of it as, not so much a mod, but a new game in the Stronghold collection. Games take time, and I hope you will stick with me until the release.

Until then, your faithful servant.
- GatesmanOfAvenna