Progress of the Exterminatus, Warhammer 40,000 themed mod for Half-Life 2, for March 2009. Fixed more than 10 bugs that cropped up as a result of the move to the Orange Box code base. Improving many of our existing maps.

Exterminatus is still having a some difficulties arising from the move to the "Orange box" version of the source SDK. About a dozen bugs (map & code not tyranid) have been fixed this month alone. Between bug fixing ChromeAngel has been working on adding details and mission objectives to the Hive City map, while Typhron has been working on improvements to his maps, Thunderhawk, Space Hulk and Dig Site. Here's a short clip from testing the new version of "Hive". 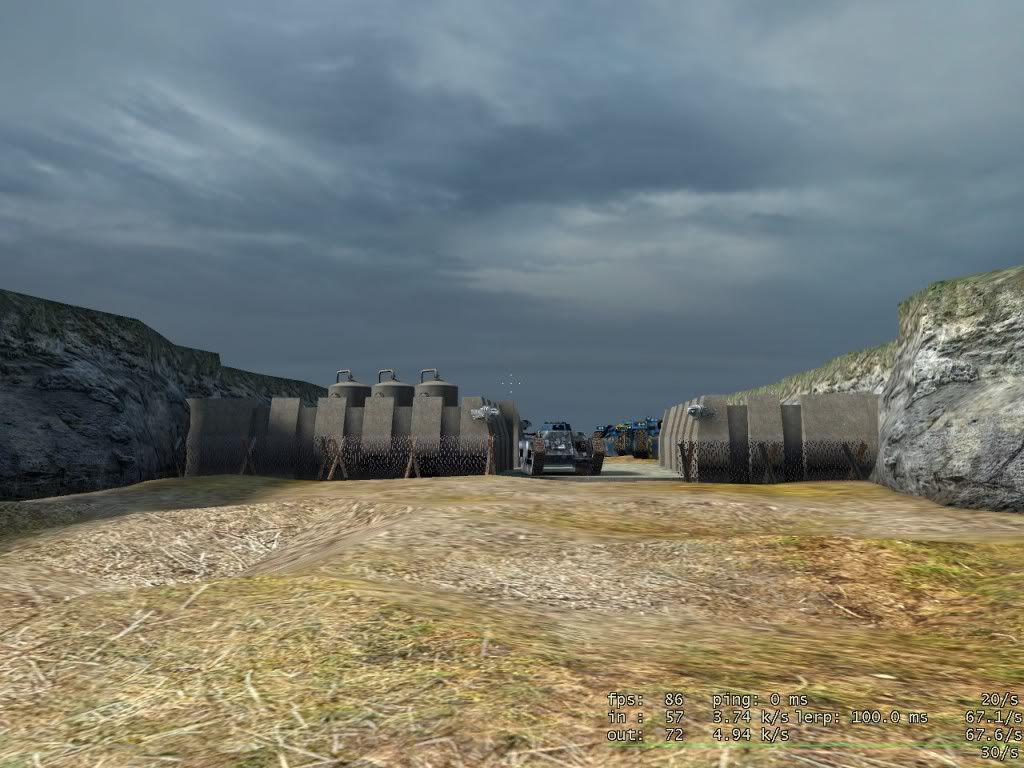 It didn't look like Dig Site was going to work with the Orange Box version of Exterminatus for a while there, but Typheron has got it back up and running. Were still trying to get things stable for the Beta testers, the current hurdle is some wacky physics based crashes.

This month it has also been interesting to talk to members of the gaming community who's only exposure to Warhammer 40,000 has come from the Dawn of War RTS games. They are a whole group of folks we didn't anticipate when Exterminatus kicked off. Glad to see we are getting some cross genre interest with Exterminatus, even before it's released.

Nice to see progress is being made. Good luck with those bugs!

yea good luck guys :) get rid of those hl2 metal sounds asap :P replace it with fart noises and it would be nicer! heh keep it up

Sadly we don't have any sound techies on the team. We're entirely dependent on passing talent for our sounds.

Getting the custom sounds we need for our weapons and classes was difficult enough without trying to replace the perfectly serviceable standard physics sound too.

gonna have to 2nd chrome on this one, its metal hitting metal, feels a bit overkill when we could be concentrating on more important issues.

Some nice progress... and yes, i agree, the HL2 metal sounds are a dead give away... with iPod recording and decent mic, you could record some customs sound... better to have a mini disc or quality digital recorder, but make do with what is around...

I also dislike the falling damage sound
But the Metal sound mainly.

omg that video is man slaughter!

I never even thought about that. People who only know 40k from Dawn of War... It's weird even to think about it.

They are so GWs little bitches...

and now there our bitches!

nah, they have lots of 'Nid hunting experience, battle for there home world and all that, pefect candidates.

Hey, I didn't know you were working on Exterminatus!

looks like a good mod ^_^ , just i hope you have custom blood decals.

The progress is going good

Edit:
Custom blood would be good, just to get more effect ( not saying that it lack )