The core game functionality is now in, and I'm just a few milestones away from the open alpha!

This past weekend I finished reskinning the rest of the levels; including the Endurance and Boss Run modes, and wrapped up the core game play. Now in addition to the fundamental play of hitting aliens with the ball, there are other things to do: 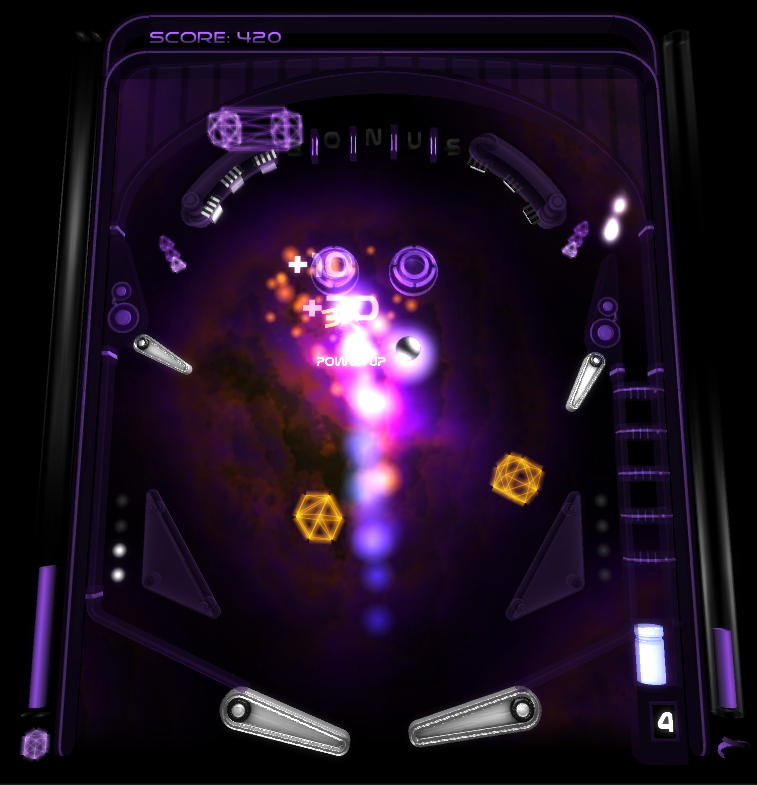 Some levels have a "space invaders bonus ship" that appear at random. If you're lucky enough, you can do a loop when it's on the screen and score some points. 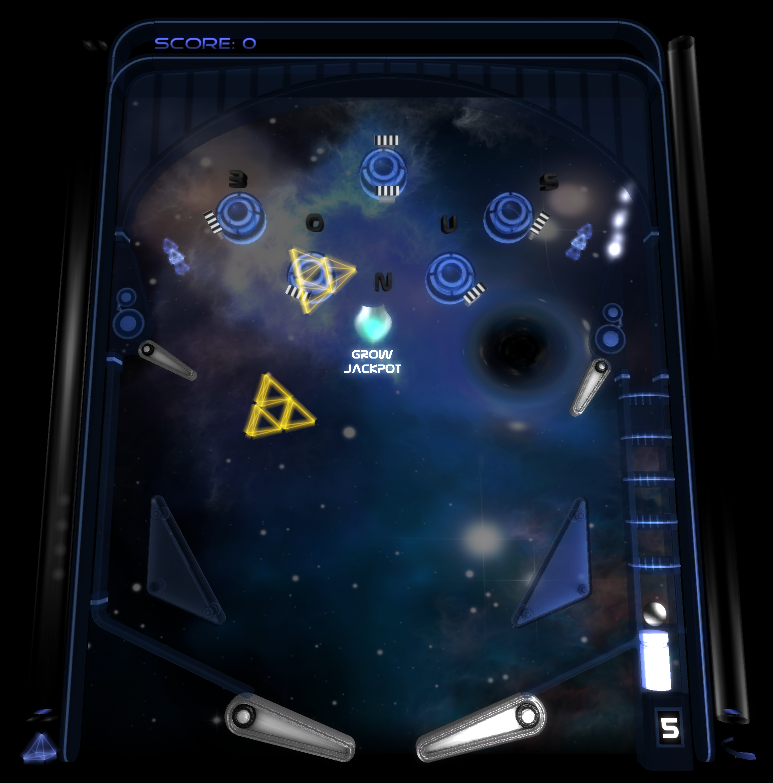 Black holes can appear in certain levels; they grab and throw the ball around if you get it too close. Just by their random nature, it's possible they could even throw it down the center...so watch out! 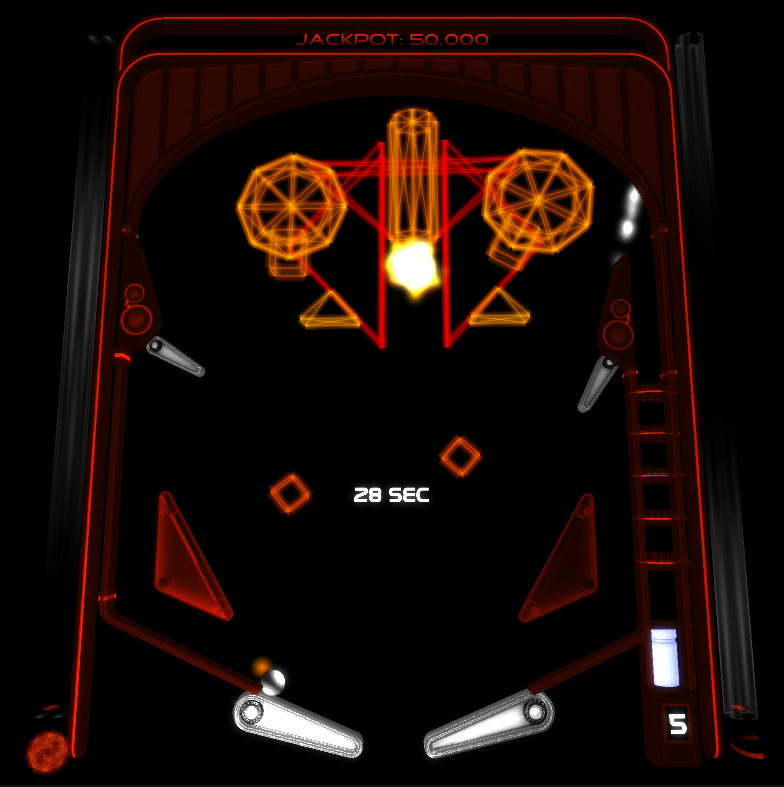 To get a jackpot, you simply loop the ball ten times to make the jackpot guardian appear. You have 30 seconds or less to take it down; if you do, you get the jackpot! 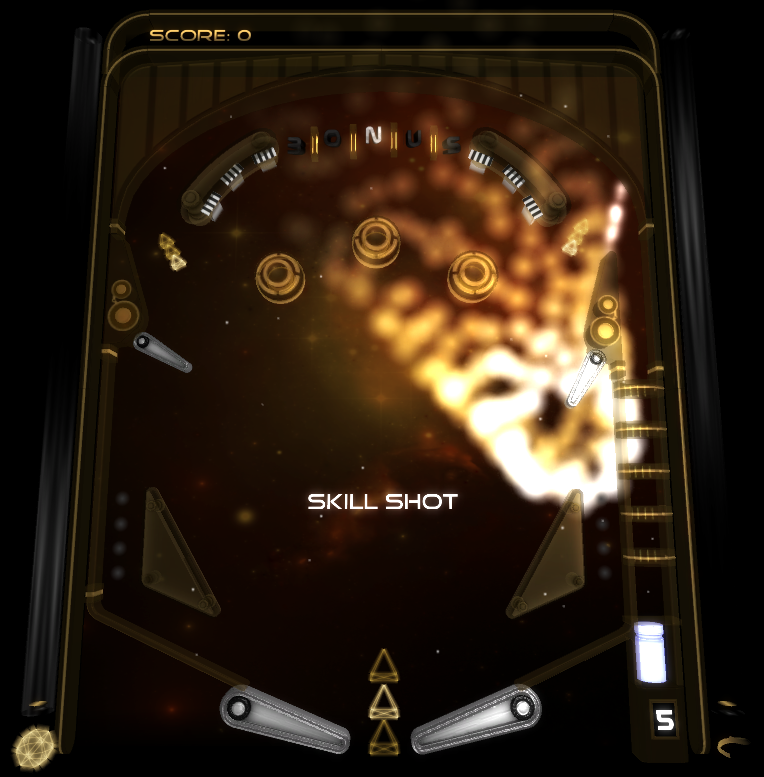 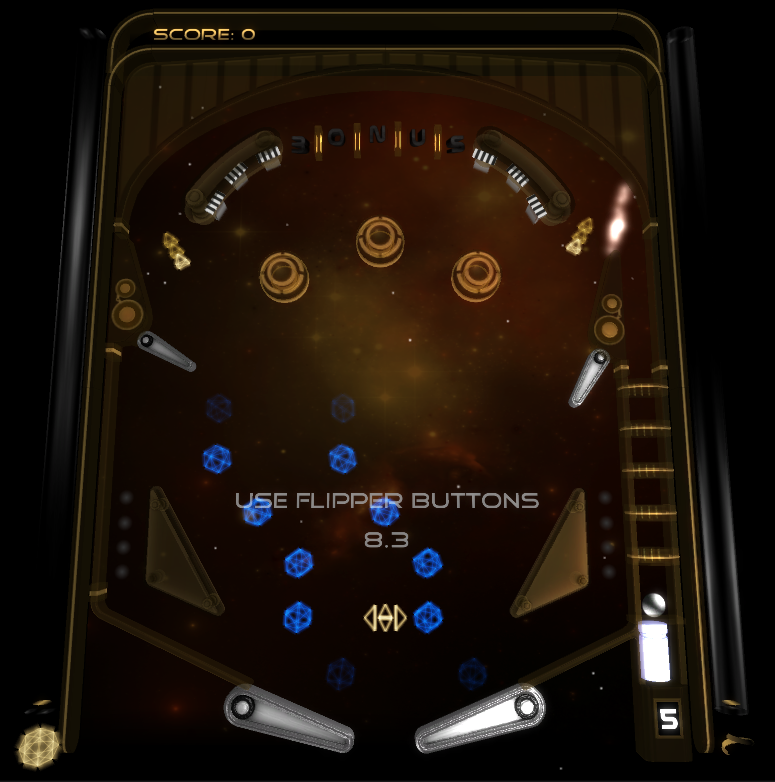 At any given time there are six "switches" on the playfield that you can hit. If you get them all, the switches will reset and a random mini-challenge will appear that you must try to beat. If you succeed, you get a big point bonus. If not, then you don't. With the switches being reset, you can try hitting them all again and play other mini-challenges. If you beat them all, hitting all the switcehs again gets you get a one way ticket to the final level. 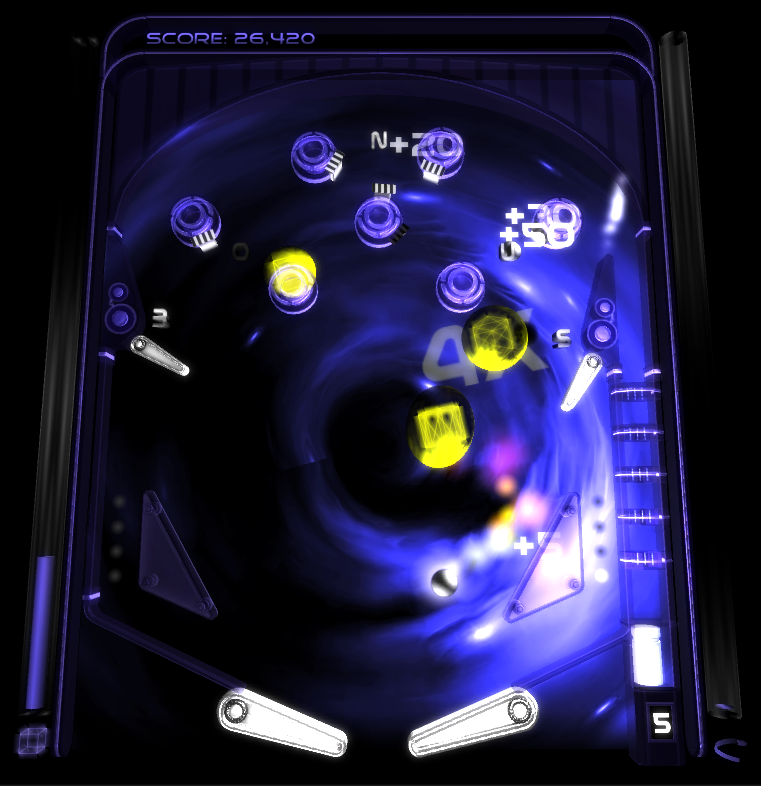 I need to go through the program and clean up the UI. The existing buttons don't fit well with the new table skin, and the main menu needs polish. Hopefully this development iteration will be shorter than the last one; but I know a lot of it will be staring at my screen thinking "this doesn't look just right" like it was when I was reskinning the table.

After that, I'll redo the achievements and make a final decision on what to do with the difficulty modes. Right now the only difference between easy and hard is the number of balls you start with. I'm really not a fan of that anymore, and without making any major changes to the table itself (which I'd like to avoid), I see no reason to even have difficulty levels.