The UI and End Game sequences are done, and the closed beta draws near...

After a few weeks of work and a heightened appreciation for Unity 4.6's UI system, I now have all new UI's and sequences for winning the game and defeating all the boss run levels. Here's a taste of the UI: 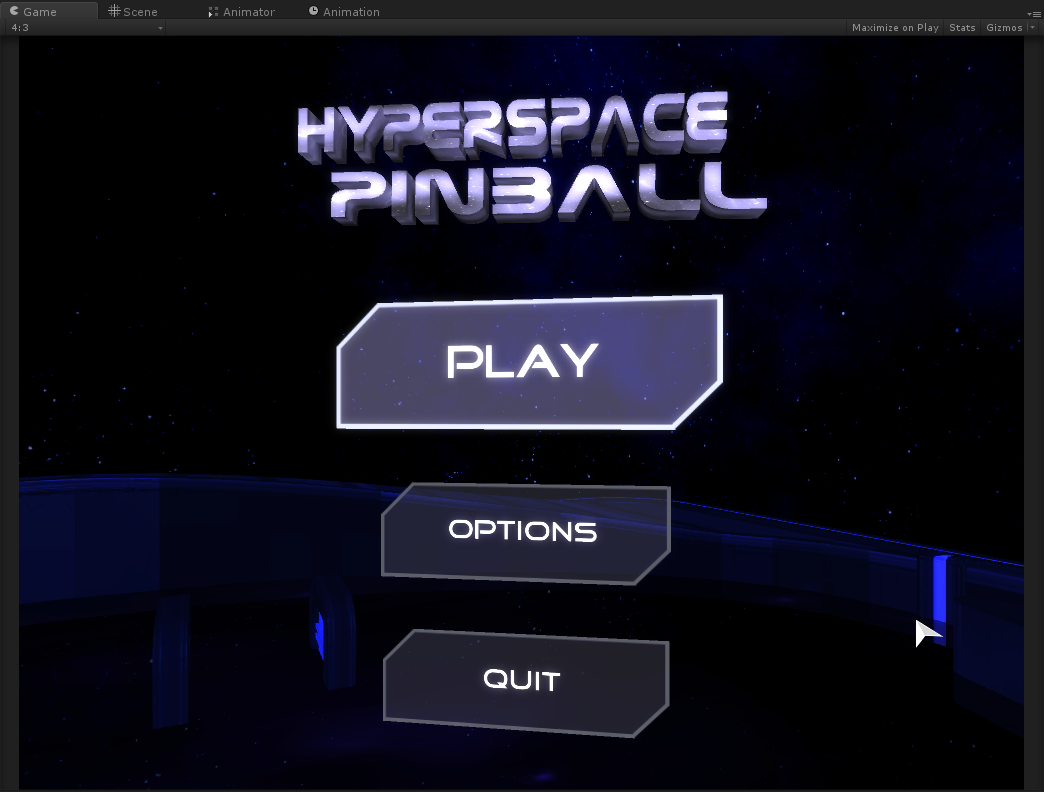 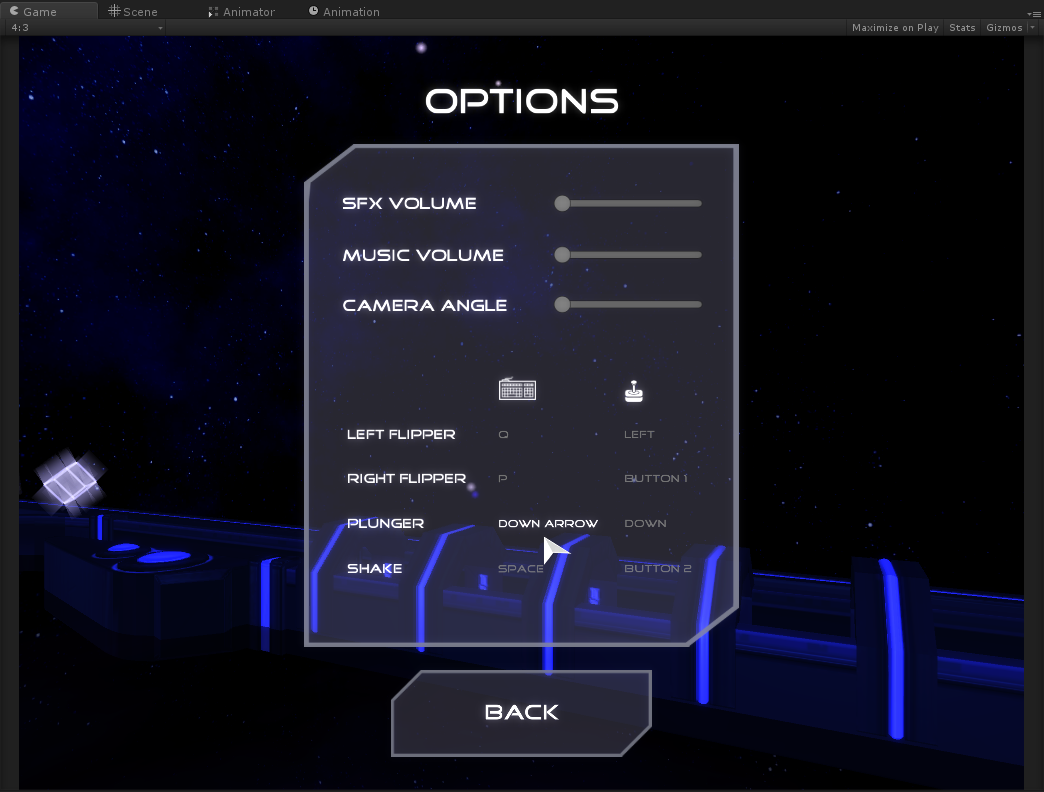 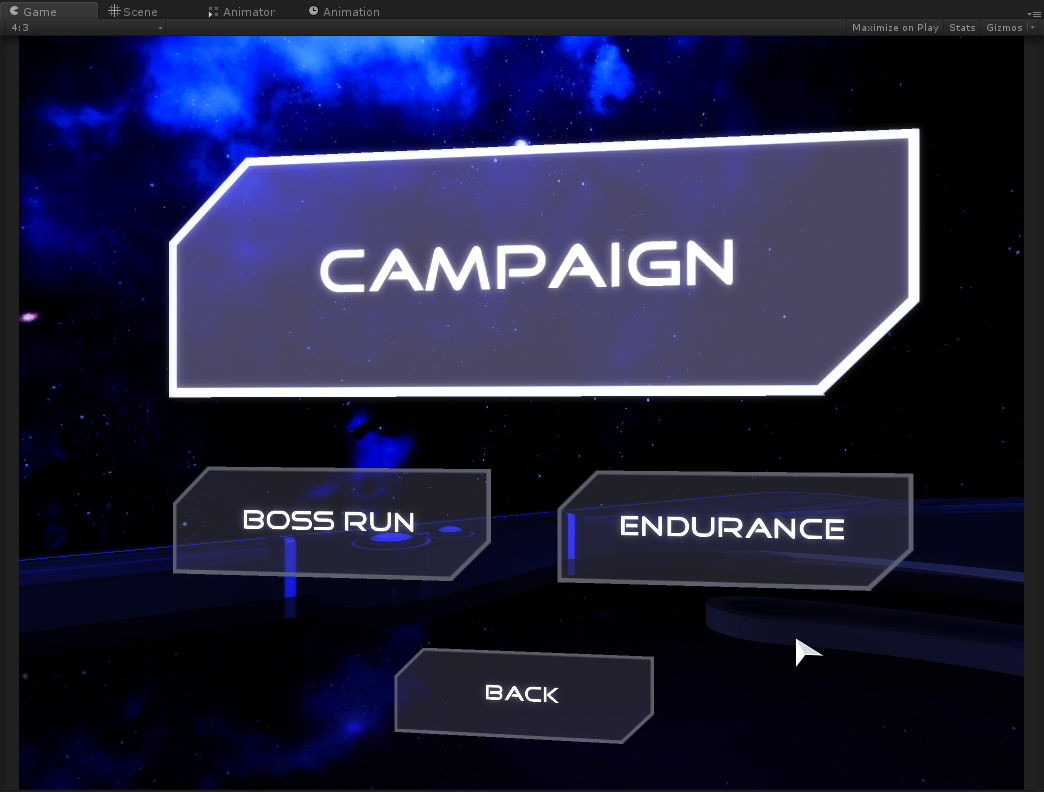 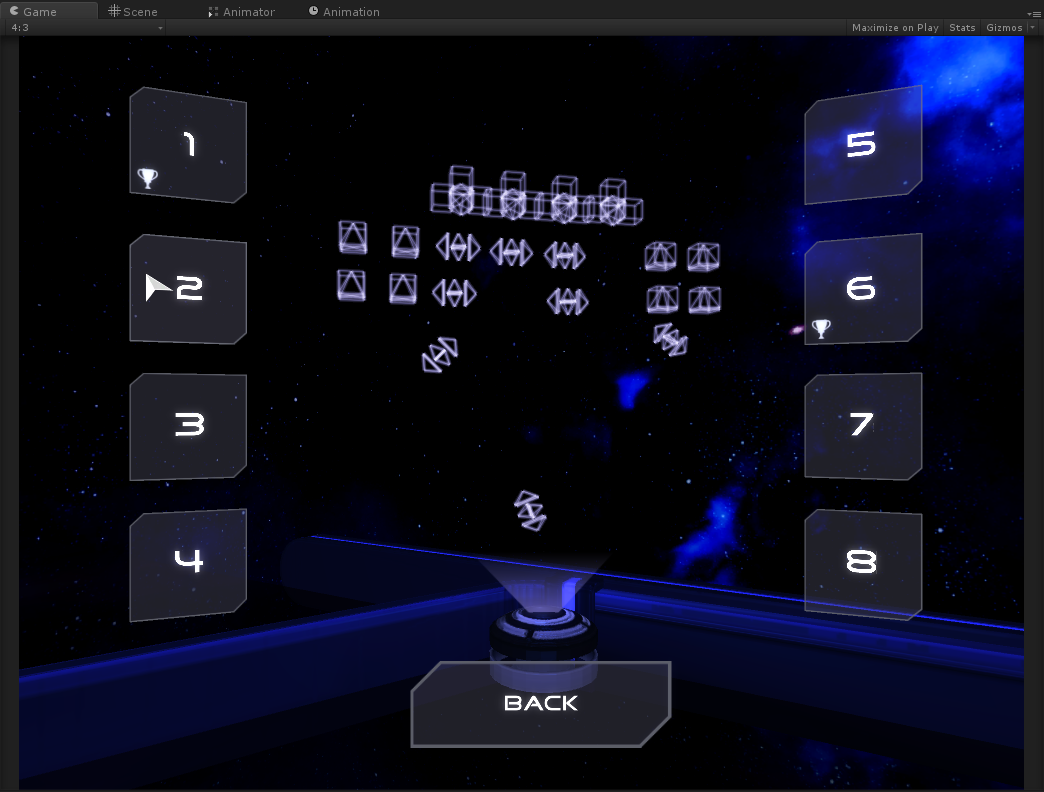 Not gonna lie; it looks alright but I was hoping to get more from my imagination. You may say "well it's just a menu system" ... but it's also part of the whole experience. Remember the Simpsons episode where Milhouse played Bonestorm and thought it was the best game ever, and all he did was enter his name? It's a goal I like to shoot for.

All of the menus use the Unity 4.6 UI. I was pleasantly surprised at how easy it was to implement. Screen space menus? Check. World space menus? Supported. Keyboard, gamepad and mouse navigation where I micromanage the button order? Totally supported. Fading controls in and out? Supported. I even wrote a component to make buttons pulse when Time.timeScale is non-zero for a nicer visual cue.

I don't want to spoil it for everyone, but I also want to deliver content. So here are some blurred out images of the end game sequences; once for beating the game and one for beating all the boss run challenges. 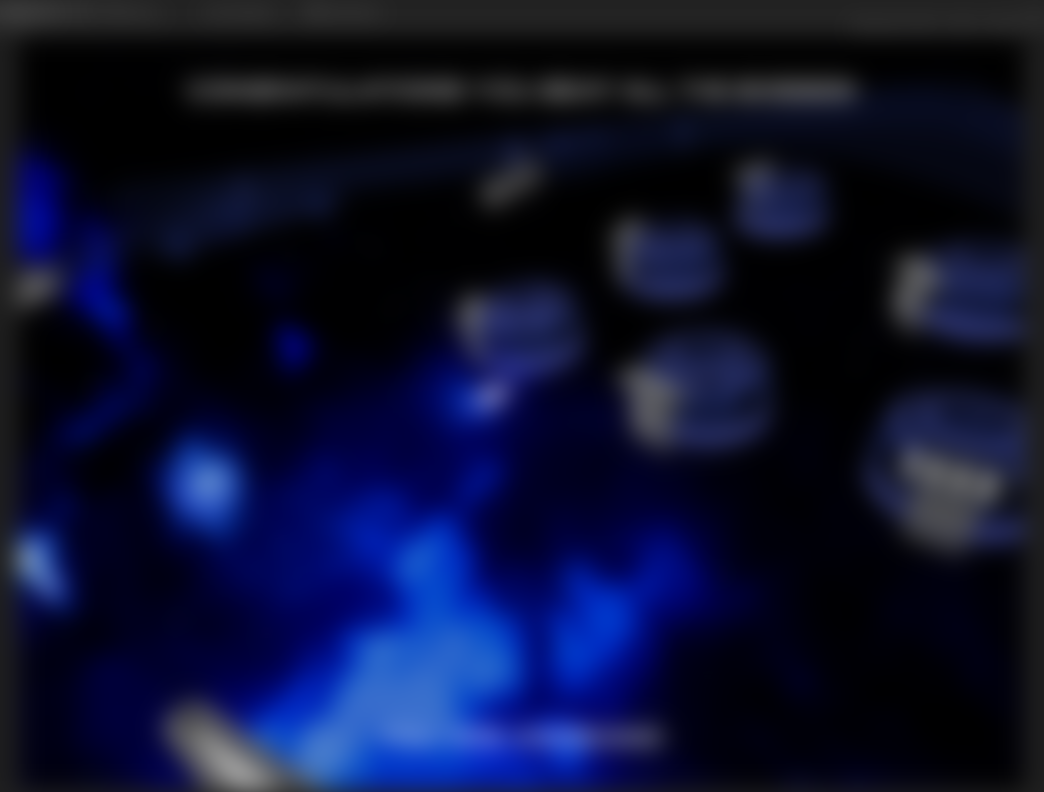 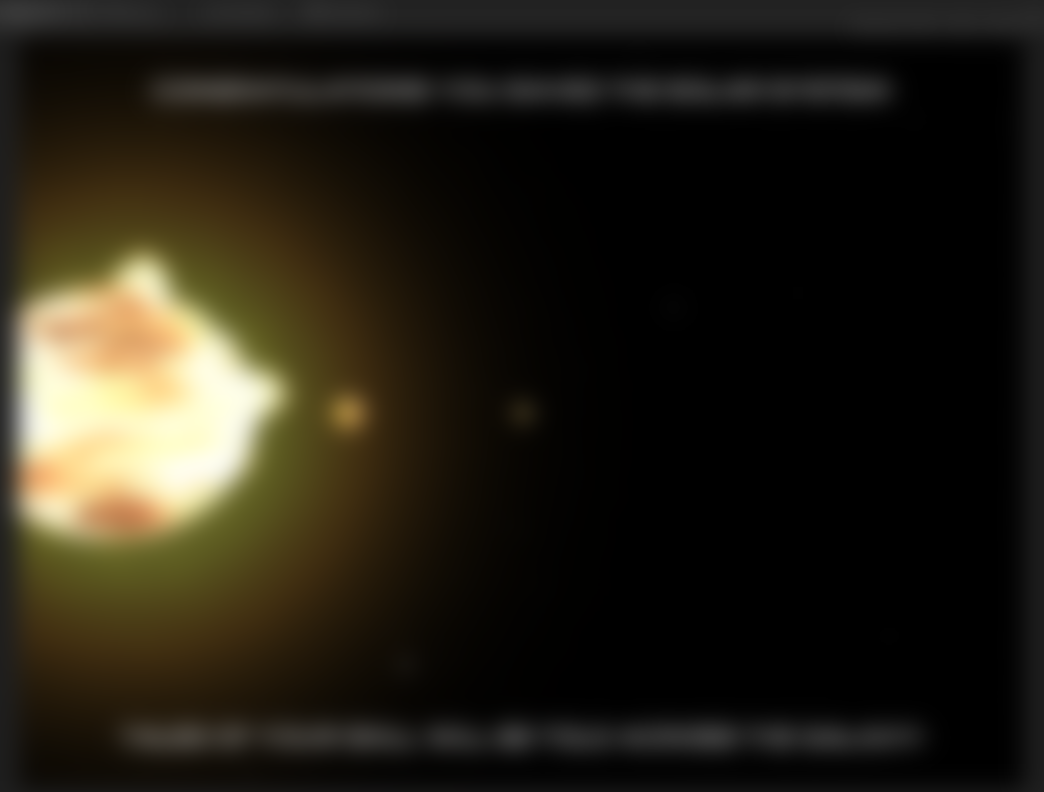 The internal alpha is next. It's just me sitting at my computer playing it and hunting for bugs. I'd also like to try a small experiment where I enable shadows...if it has a neat effect on the table like the lighting effects in the game Nox, I may just keep it.

After that works, I have finish reading the documentation on how to integrate the game with Steam, create some nice screenshots and videos to draw interest in testing, and form a plan to invite and manage closed beta testers both in person and online. I may do it through Meetup, and organize remote testing over perhaps Google Hangout. Surely there are developer blogs and articles on all this and I have a lot of reading to do.

I should also update my Hyperspace Pinball Facebook page at some point; I haven't made any new posts there in over 500 days.

Fun fact: I wrote the post-mortem for this game a long time before it got Greenlit!