A machete stealth kill tutorial, which is a feature of this mod.

In the original game the machete is not for stealth, for the developer, it is something of a last resort for the player to deal with their enemy face to face, man to man; so basically in the original game, the player needs two strikes to kill an enemy, and even you are being lucky and kills a guy with one single blow, the whole groups of their buddies will immediately get alerted and knows the pin point loaction where you're hiding at and It's a shame cause Far Cry 2 has the most advance AI and the most realistic stealth system in the whole FC series, therefore, to "solve" this, I create "Far Cry 2: New Dunia" mod, this time the stealth kill is finally here!

These screenshots were from my stealth play through(which I already machete stealth kill two of their buddies, and they found out their bodies (Now they are searching for me ;D ) 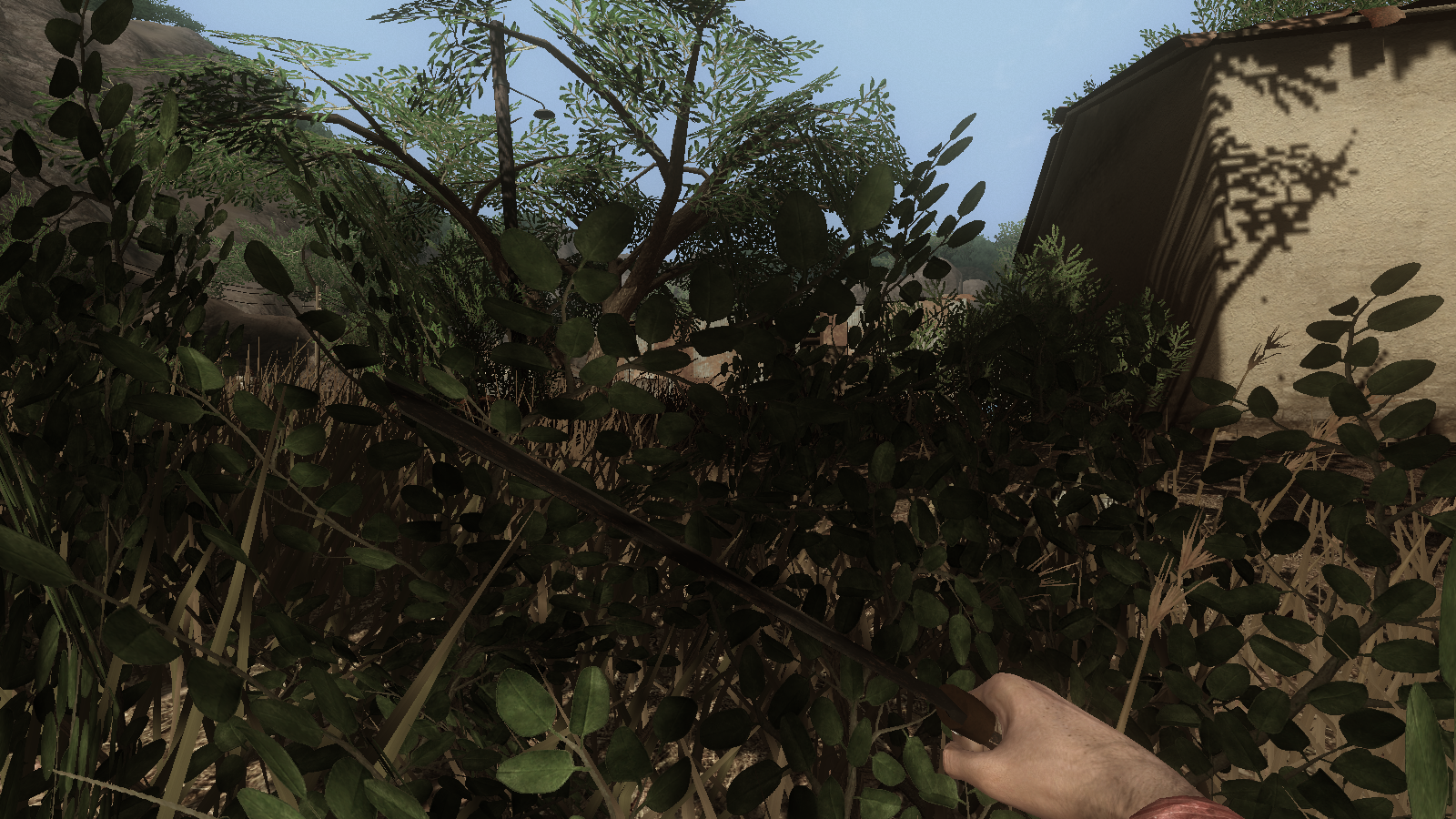 "Now the veges work better than the original game even you haven't bought the camo suit, so hide in the bushes if you need to hide from the enemies. (works even better with player holds still!)" 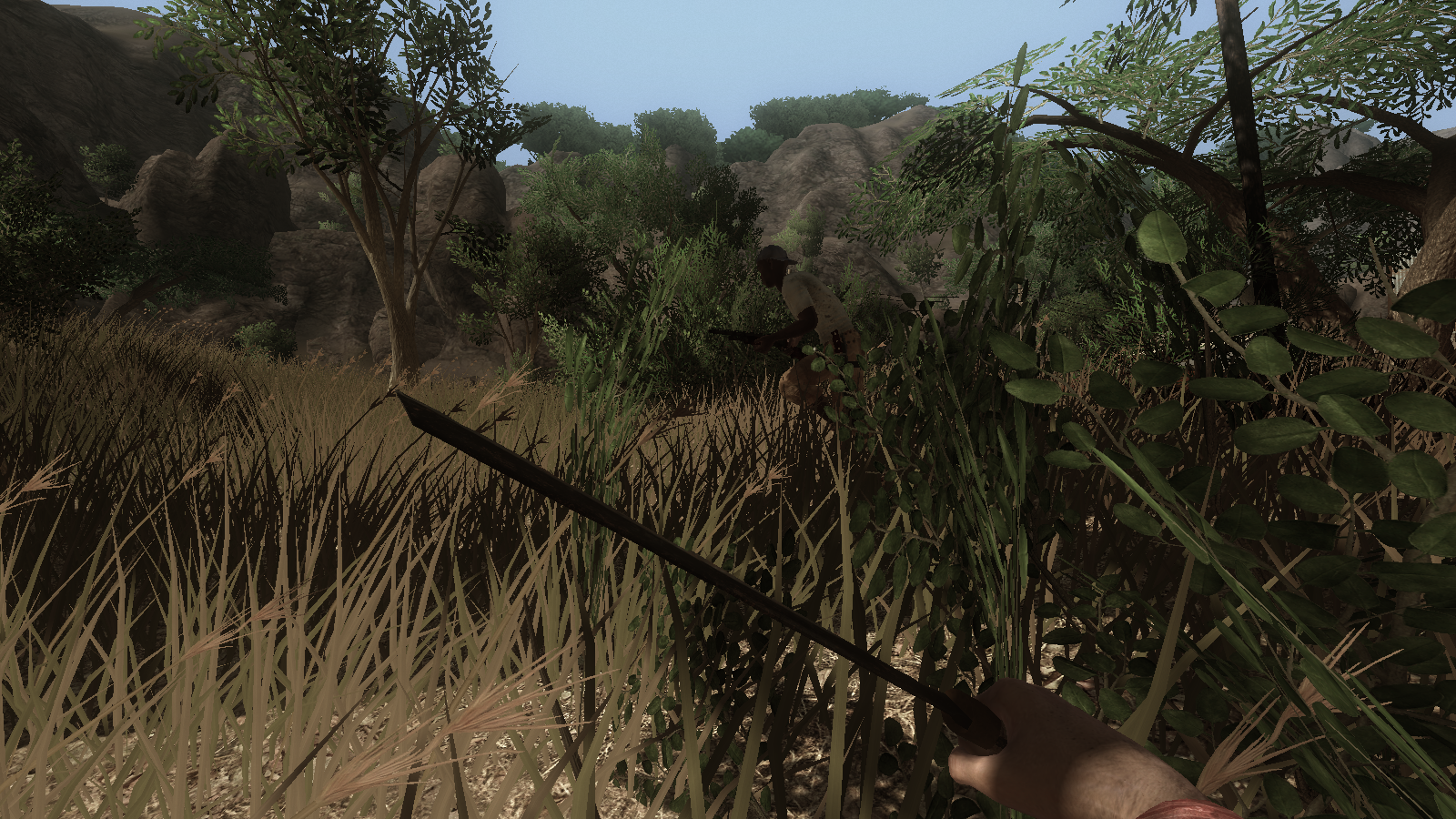 The v2.0.0 version introduce a "zoom-in" mechanism for the machete which has these three following benifits:

Why bother switch to the map and compass to see better every time? Sometime you just need to concentrate to see things more clearly. 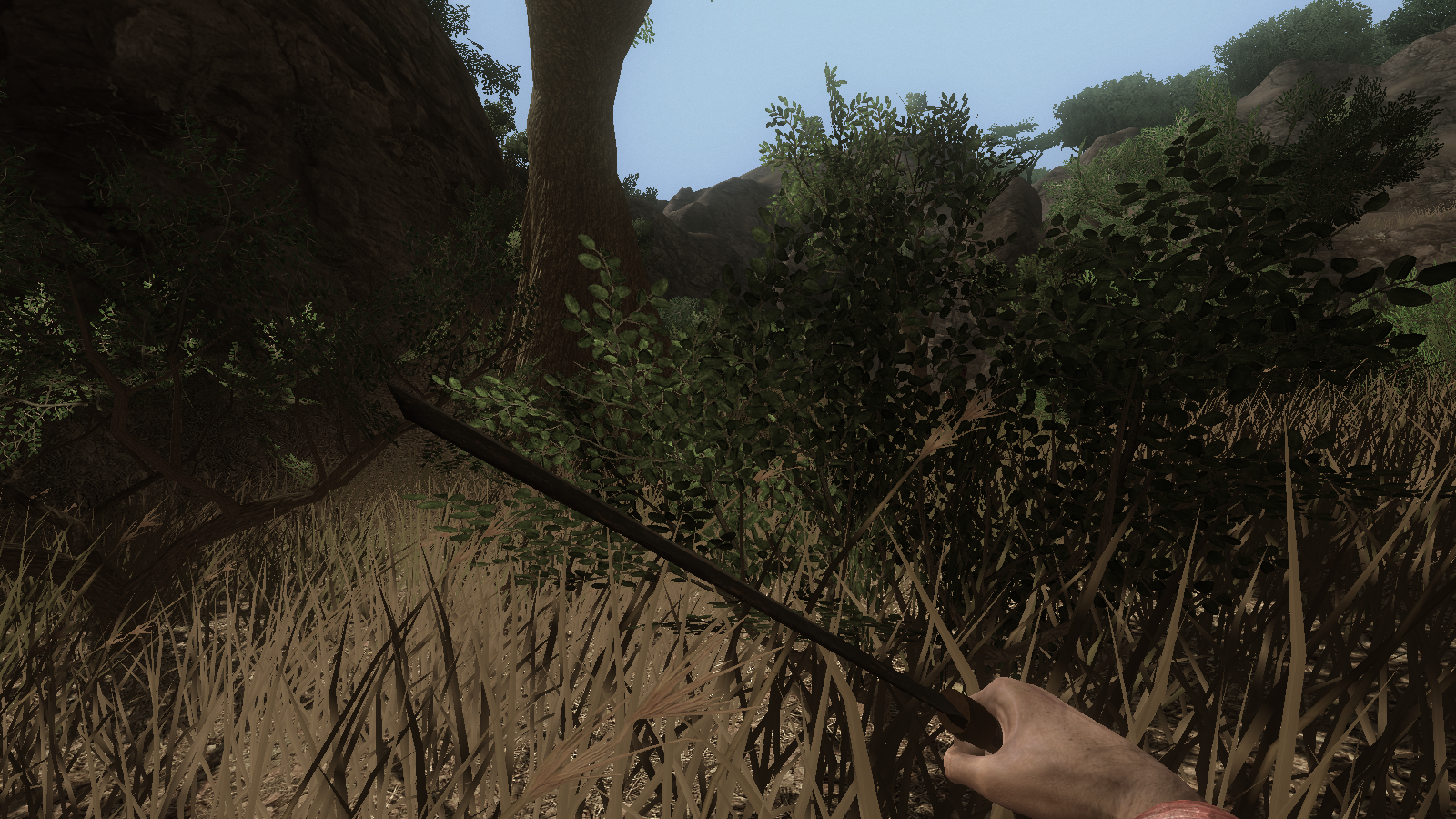 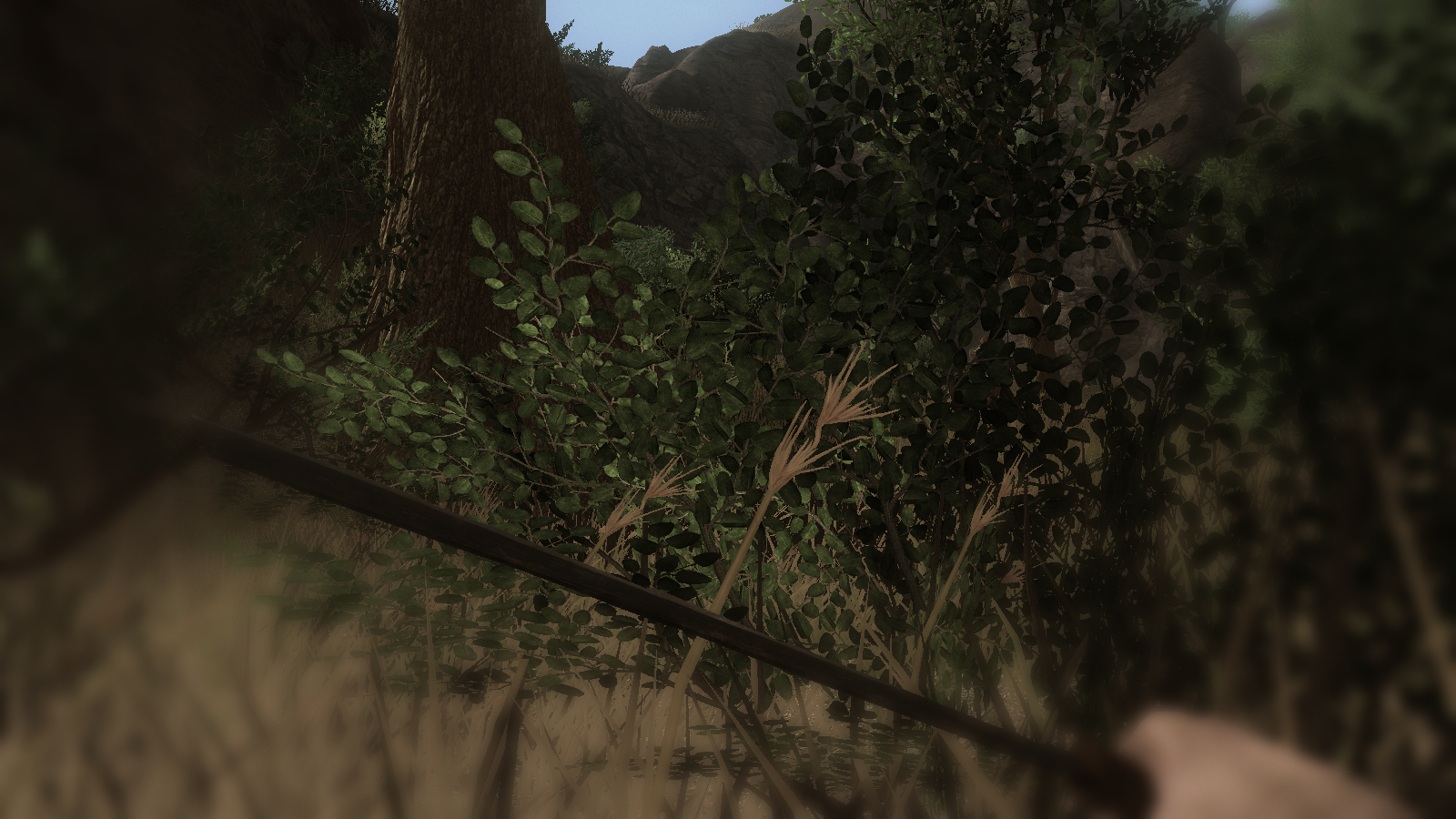 When you are concentrated, your movement speed decreased 50% (decrease more when crouching), which is a big advantage when you need to stealth and stay hidden. 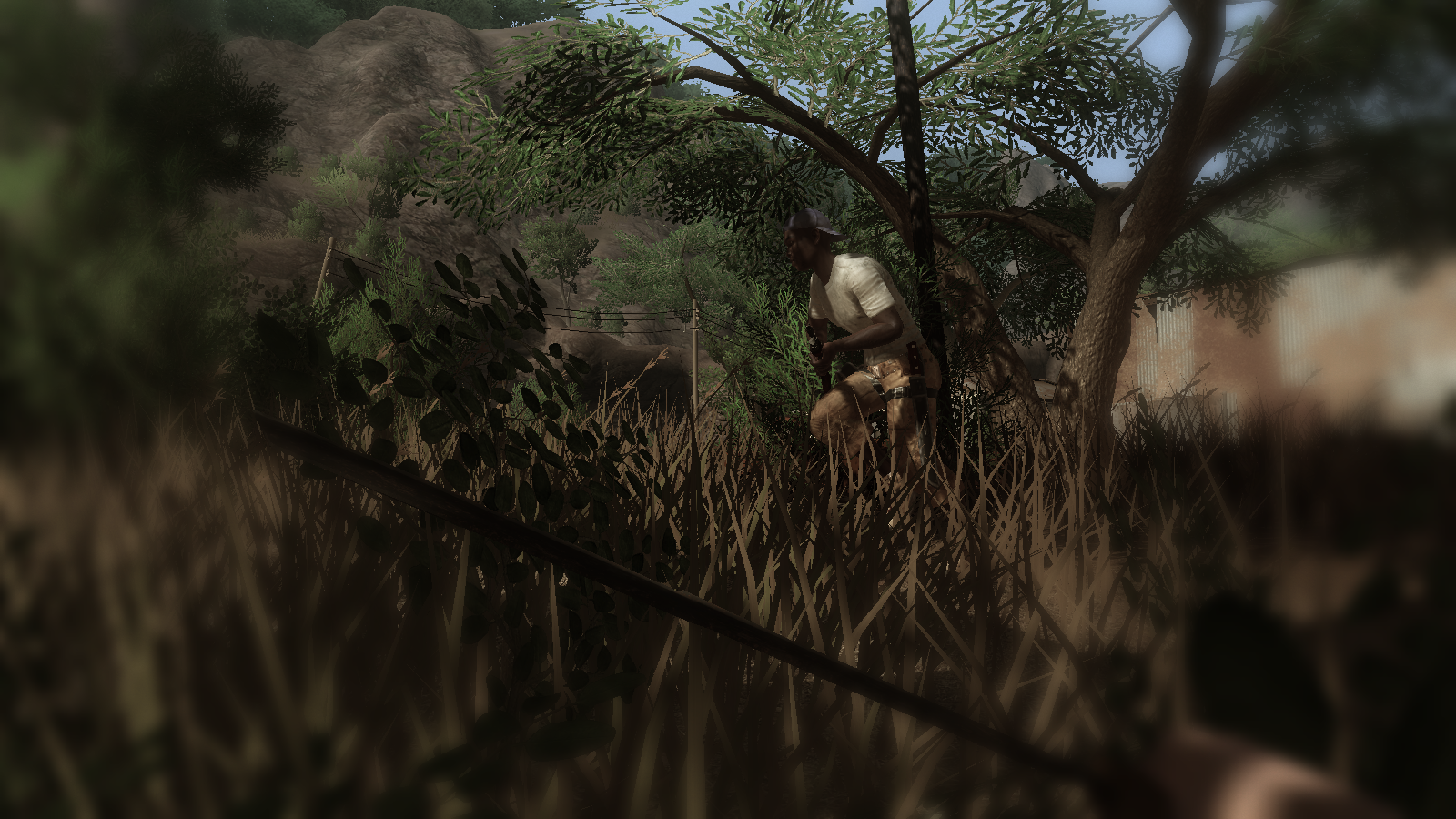 3. Know your moment to strike

When the player is in the concentration mode, you can tell if this is the right distance to strike the enemy and achieve a successful stealth kill by looking at the player's hand animation. (which only happens when the player's very close to the enemy without zoom-in in the original game.) 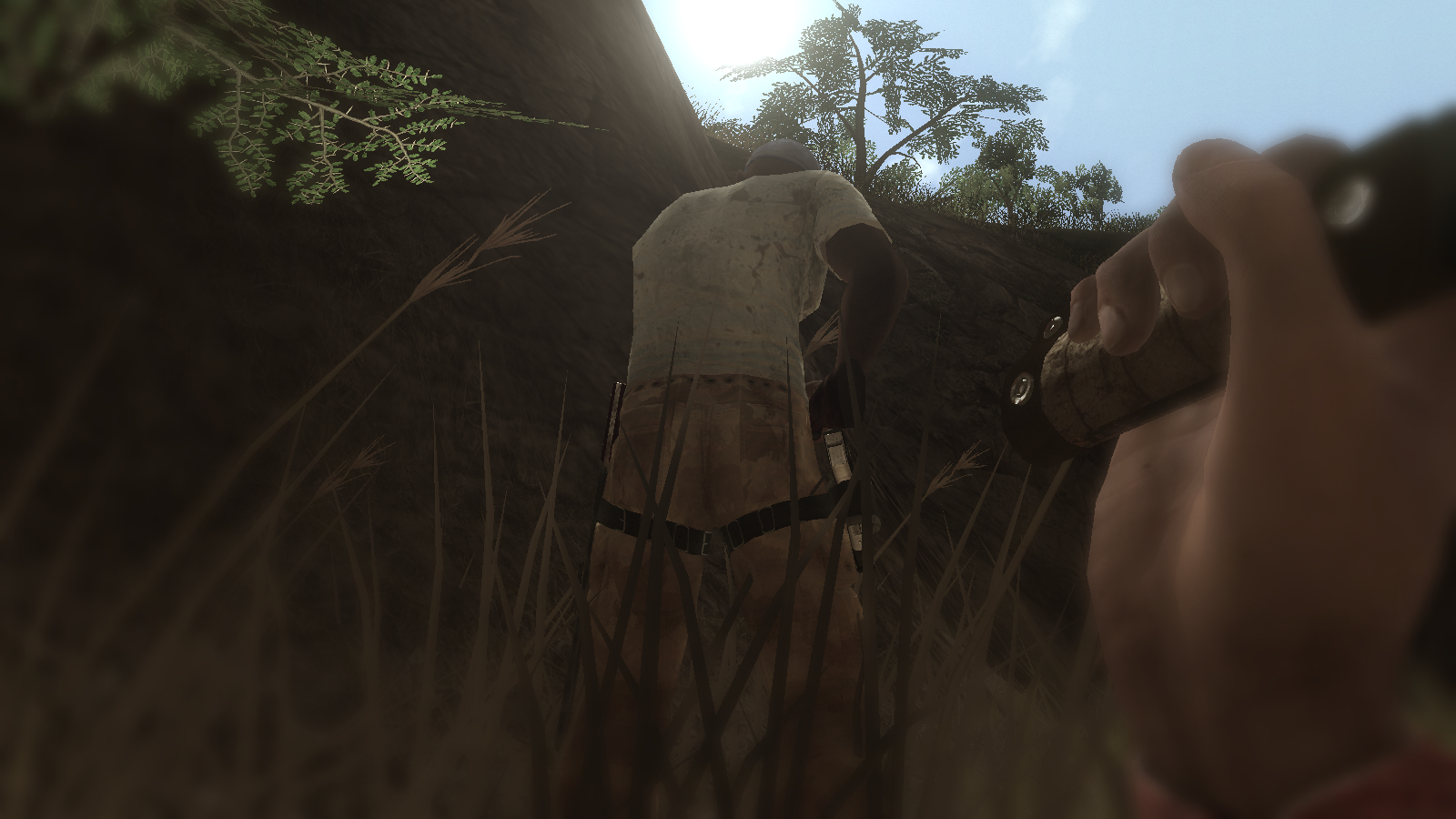 That's it, hope you enjoy the mod, now boot up the game and go for the hunt! ;)

Hi, friend, hope you enjoy it, I just uploaded the file again for some minor update, feel free to check it out! :)

got a crash at my version... no infos on the error but i think i run out of ressources during a mission with a lot of enemys.

seems to run better so far...

Glad to hear, friend. :)
Feel free to ask if you have anything for help.

Does this work with Far Cry 2: Redux?

Unfortunately, no, since every FC2 mods do overwrite each other, but this mod already combined a lot of good feature from the Redux mod.

Your stealthy machete kills are whack. The enemy just falls down lol.

Thanks, that's how you make sure they are dead. :)