dhk Games shows off a new enemy vehicle for the Worrajug Empire: The Hoverbike.

Ready for a special treat? The enemy arsenal has been expanded: We are introducing the deadly Hoverbike. The troops of the Worrajug Empire use these fast and robust hunting machines for quick and powerful attacks. Especially Rebels on the run can effectively be pursued and brought down with these vehicles. Too bad you will play as a Rebel on the run.... 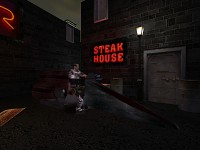 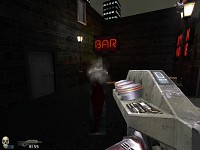 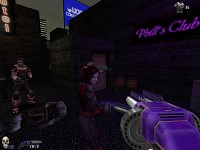 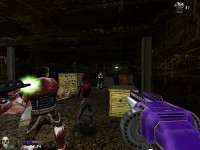 However, the weak point of the Hoverbike is that it allows the driver to carry only a gun of lowest weight: The Blaster. Already sounds much better, heh?


We have lately reviewed and and revised all scripted events of the game so far. Apart from occasional minor collision and path finding problems that the allied Rebels have, the gameplay is now very smooth. Once again, it became visible to us how important the subsequent verification of ones own work is: We've found so many scripting errors we accepted at first or simply kept them for later...


We are now taking a break from level design and mapping to concentrate (finally!) on the implementation of community feedback and ideas. This means we also have to experiment a little bit and leave well-known tracks. The first and most important part will be to add in more environmental objects and entities in order to make the whole mapping look at least a little less boxy than before. Further major improvements will be a review of the overall lighting, and a possible rain effect in a addition to skybox experiments for the cities of Gor Rugi.

"... This means we also have to experiment a little bit and leave well-known tracks. "

i do hope you will not leave the wellknown tracks to much, what could bring a lot of bugs and errors in places that did run fine before.
its great to hear that you think of doing something with the comments you did get till now from the community. some of them will be very valueble and true, but please only do those things you allready thought of yourself and do agree with fully.
NEVER change things just because "the community" said so, because its very importent that you make what you wanted to make.
i guess you get the picture of what i am trying to say.
i will keep tracking and hopefully we can play a beta or something soon of this great indie project!!

SPY-maps wrote: i guess you get the picture of what i am trying to say.