First, we want to thank you all for the feedback you are giving and the continuous support! Thanks to you, we gathered the most infuriating issues and bugs and threw them at the tour QA department [btw, we love you guys!]. 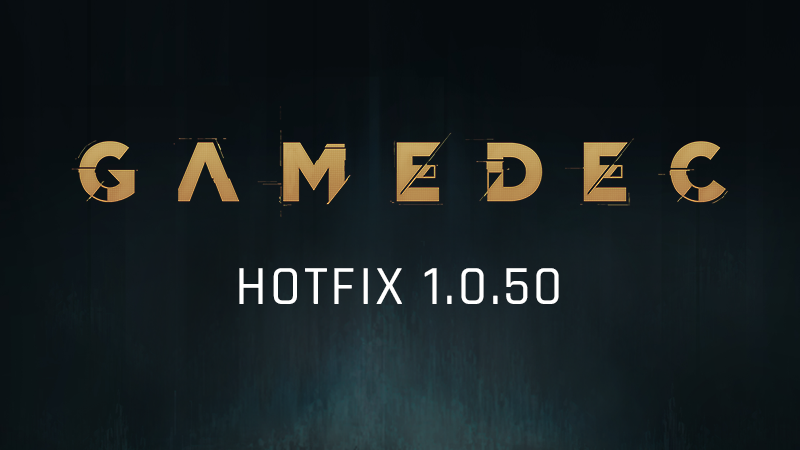 Today’s patch should resolve the critical language issues we have found. We’ve uploaded the newest dialogue lines, but in case something has trouble loading, the default branch was switched from Polish to English. We do not anticipate that as something that might happen, but if somehow it would, it’s easier to go with English instead of “chrząszcz brzmi w trzcinie, tu i ówdzie” 😉

That doesn’t mean we’re going to stop there, oh no. We’ve planned three major patches for 2021, with additional content set for 2022. You can see the roadmap below: 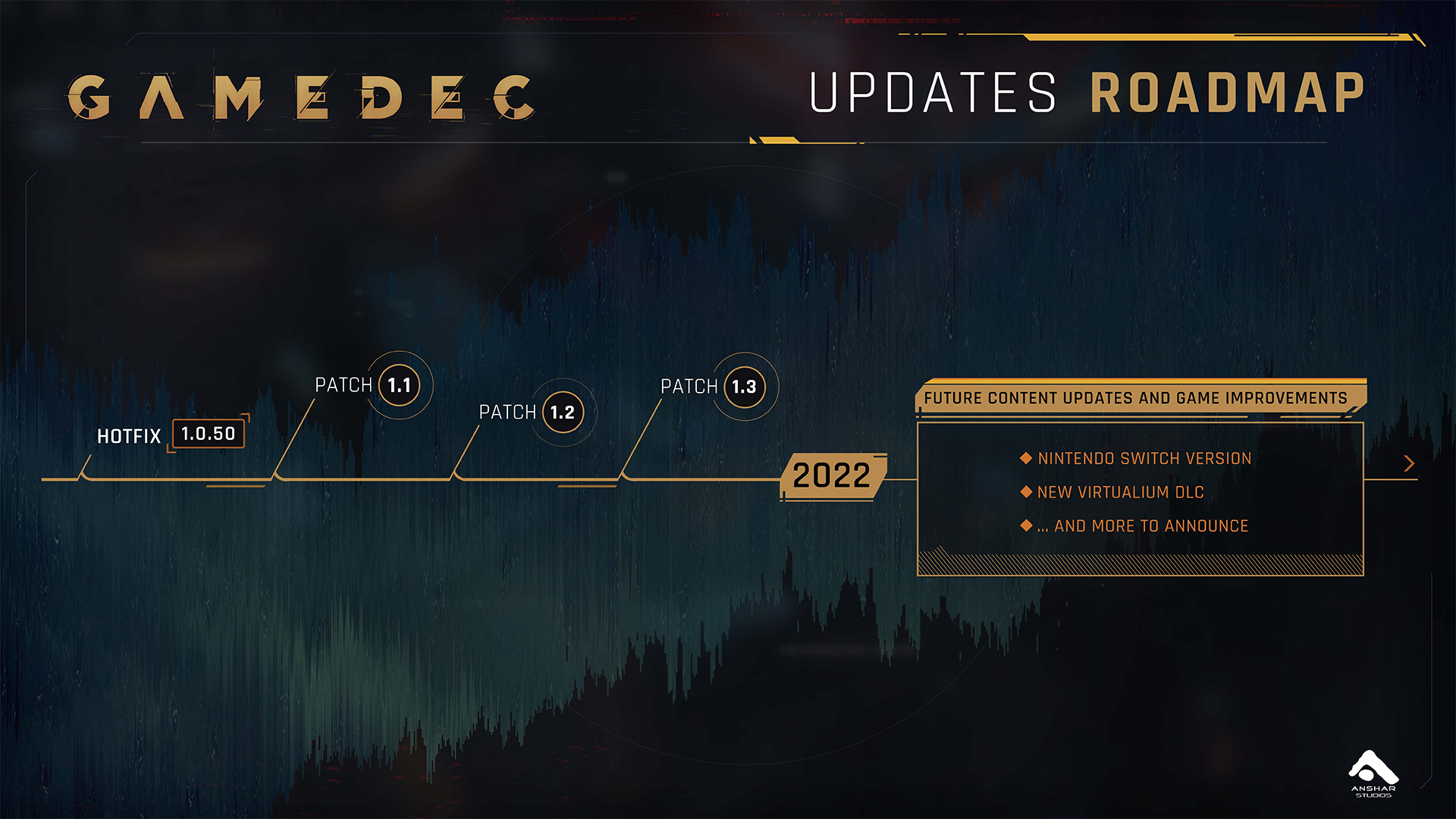 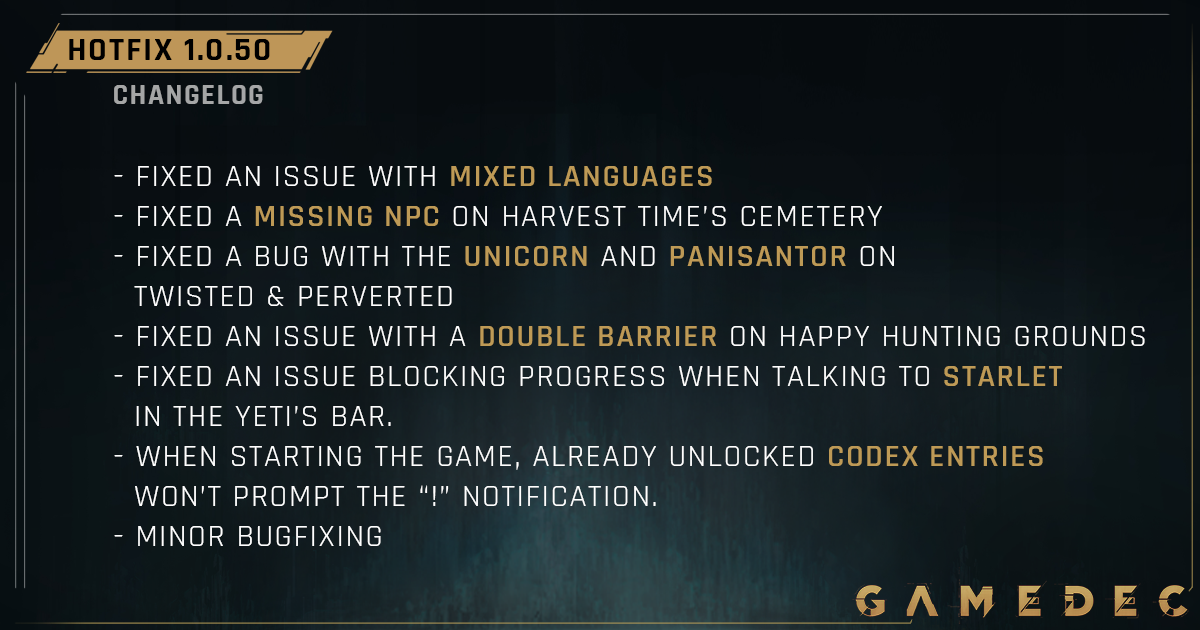 In this patch, we primarily focused on patching community-reported bugs and finally resolving language issues.

A message to our German friends - we are still testing your language version. The number of missing lines was higher than we expected, so we want to fix everything before shipping the update. The full patch is undergoing LQA testing and will be uploaded next week. If you encounter bugs, please let us know, and we'll fix them ASAP.

We understand that the premiere might be frustrating because of bugs and localization issues. Still, we're grateful for every feedback from our community. That shows us that you care about Gamedec as much as we do :)