The new team covers all the content they're planning to release soon. Get pumped!

It's been a while since you've heard from us, but that's just because we've been saving up for you.

Ignition-Point Entertainment:
We've decided to launch ourselves as an official developer group, and not just the current ES development team. We're called Ignition-Point Entertainment, or I.P.E. for short, and we've got lots of plans for the future, some of which will be revealed right here in this post! Granted, some have been announced before, while others are new. And keep in mind, all things are subject to change. We aren't guaranteeing that any of these will be released, but we are working on them extremely hard. Expect great things from us in the near future. ;)

We're hiring!
Ignition-Point Entertainment is currently working at full speed, but we're still understaffed. In particular, we're looking for more beta testers, artists, and mappers. In that regard, we have posted job ads. Check them out here.

Next Eternal Silence patch:
We've finally decided to spill all the beans on what we're doing here on Eternal Silence. For our first major update of this amazing game we're adding the following:

New in-game tutorial!
In-game playable tutorial, featuring the basics of space flight and the hardcore game mode (y'know. The one with corvettes 'n stuff). Yes sir, no more will you be seeing newbies flying in a straight line, or taking the gunship because it contains the word GUN. They will be trained. They will be drilled. They will be educated. They will KICK YOUR ASS once they've taken the tutorial.

Gunship re-name!
Furthermore, we're making good of the long-time standing suggestion of renaming the gunship. Henceforth, it shall be known as the dropship, a title more befitting it's actual role in the game. We didn't stop there, though, because with a great name comes great responsibility. In the next patch, the dropship will be improved quite a bit. The pilot will be able to drop mines in space and all guns' projectiles now travel faster. That should make it easier to bring down those pesky fighters! 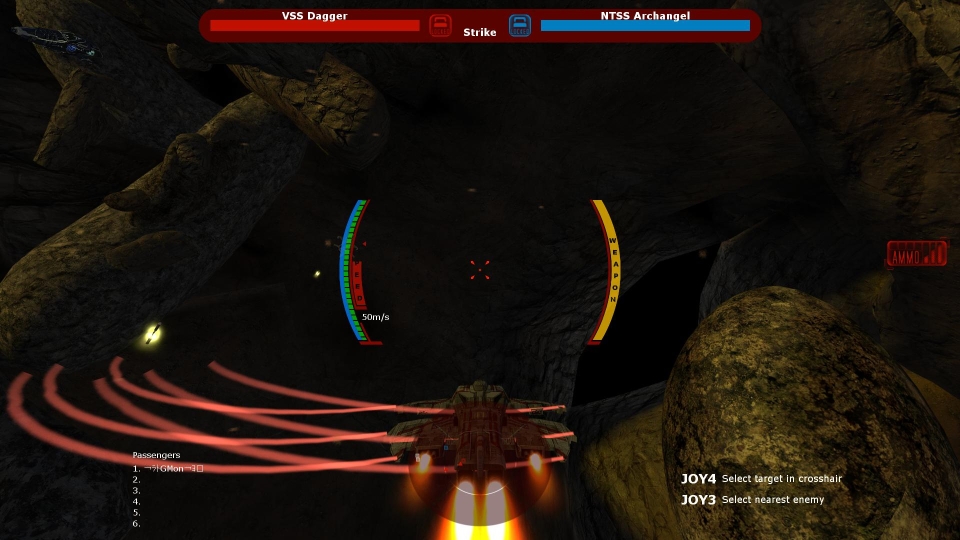 Balance tweaks!
Speaking of fighters, the UTF fighters have received a buff which makes them more capable versus their NGM counterparts: their lock-on time has been decreased to be the same value as the NGM fighter.

New ship!
In addition, the UTF gain a whole "new" fighter. The old fighter model is being re-added to the game as an outdated fighter craft. This fighter has definitely seen better days, and is now employed as a training ship for new recruits to the United Terran Forces. 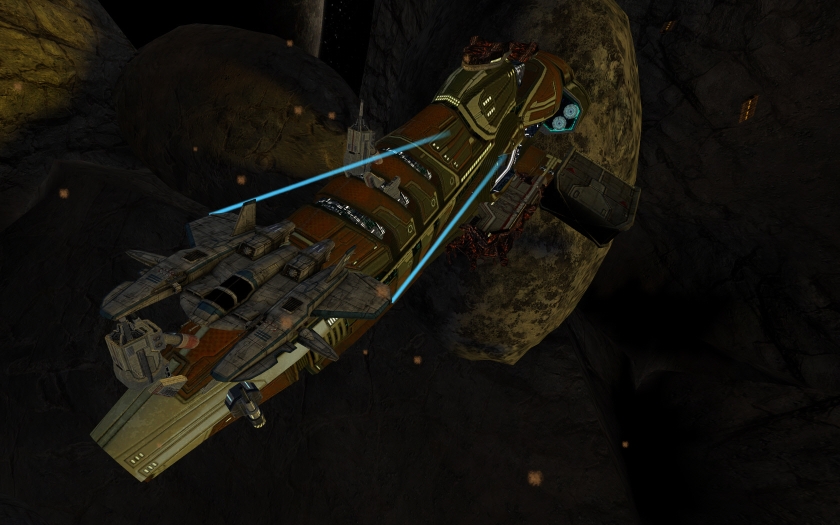 However, a few old carrier crafts from the pre-war days, such as the NTSS Phoenix, are still carrying this ship.

New map: es_derelict!
The NTSS Phoenix is an old capital ship that was recently discovered within an asteroid, far away from it's intended travel route. While old, this ship carries the only functional prototype engine that allows fast relocation with next to no recharge period, making it extremely valuable for both sides of the struggle. Both teams must rush to capture the derelict ship and use it's weaponry to their advantage. 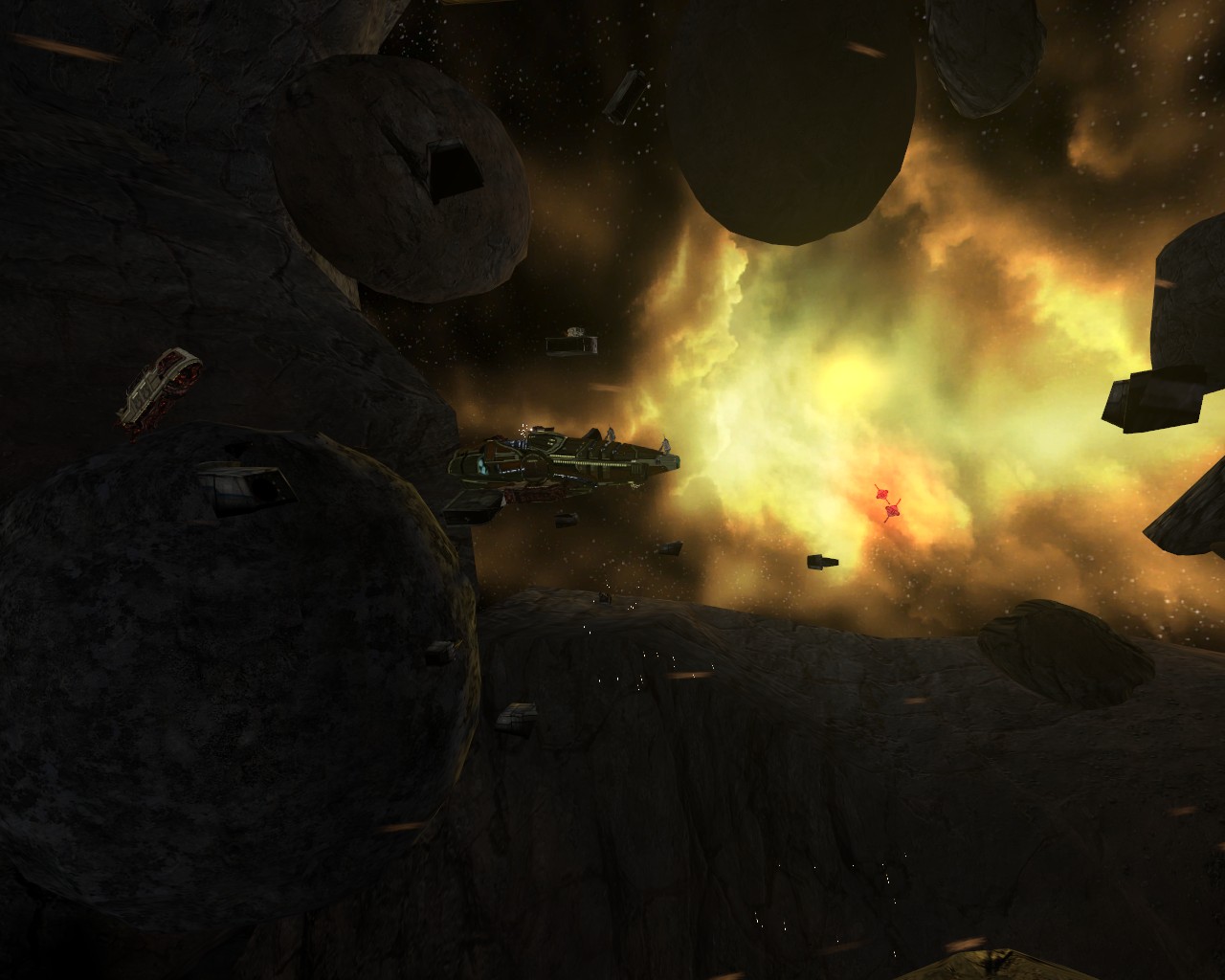 New map: es_vertigo!
Vertigo was originally created by Rex "X-Ray" Riepe, a member of the ES team from way back. The map has now been picked up by Ed, our mapping team lead, and is currently being re-worked and re-balanced to be added in as an official map. This battle takes place on the surface of an asteroid. The NGM must not only navigate tacticals and turrets, but also the asteroid's hostile environment and radiation in order to attack the UTF base. There's only one radiation-free entrance to the base: The huge shield-generator tower. Both teams must navigate it's length without getting... Vertigo. 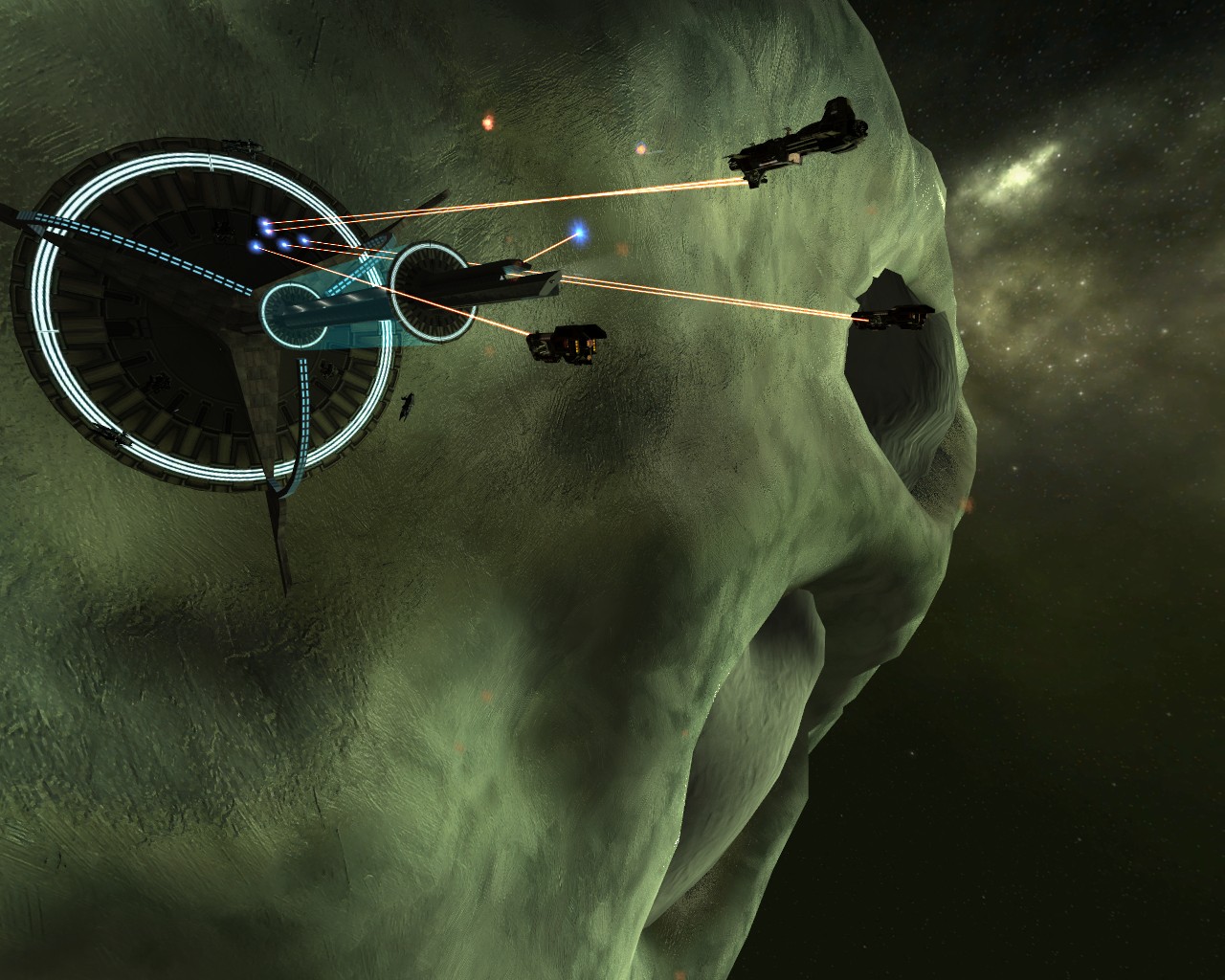 New map: tc_arlon!
The Arlon incident was named after it's location: a strange space station on the moon Arlon. It consists of four symmetrical control points which the two armies fight for control of. We'll be releasing a short story for this hell-a-fun map in the next few weeks at our home site www.eternal-silence.net. Stay tuned there for more info. 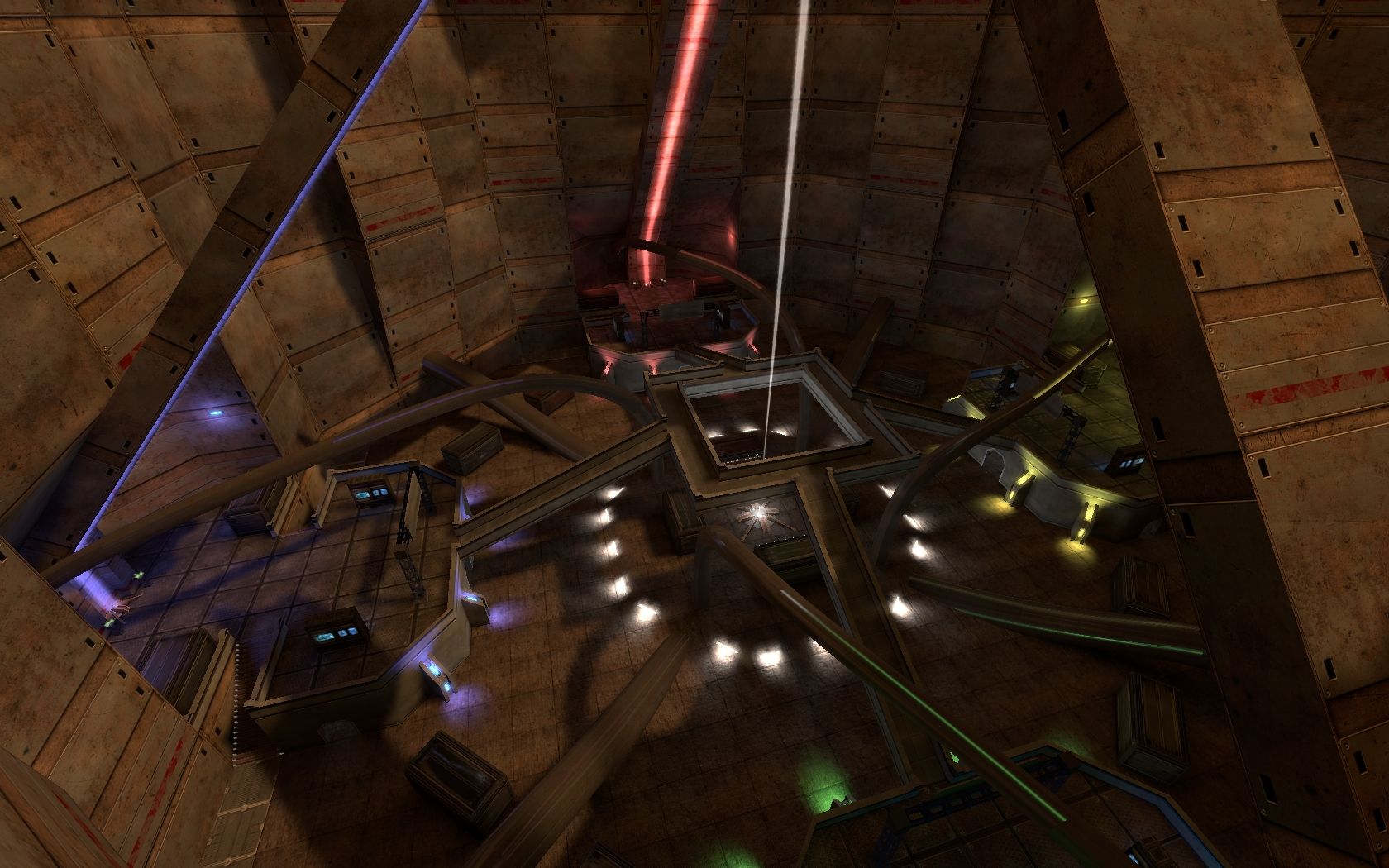 Apart from this, we're adding a lot of minor tweaks and additions, all posted in the change-log below.

Screenshot competition:
As many of you have noticed, the Eternal Silence store page on steam ( Store.steampowered.com ) could use some fresher screenshots. To obtain these, we have asked the community to help us out. Between a co-op screenshot event, and other user-submitted data, we've gained a whole new setup for the store page: 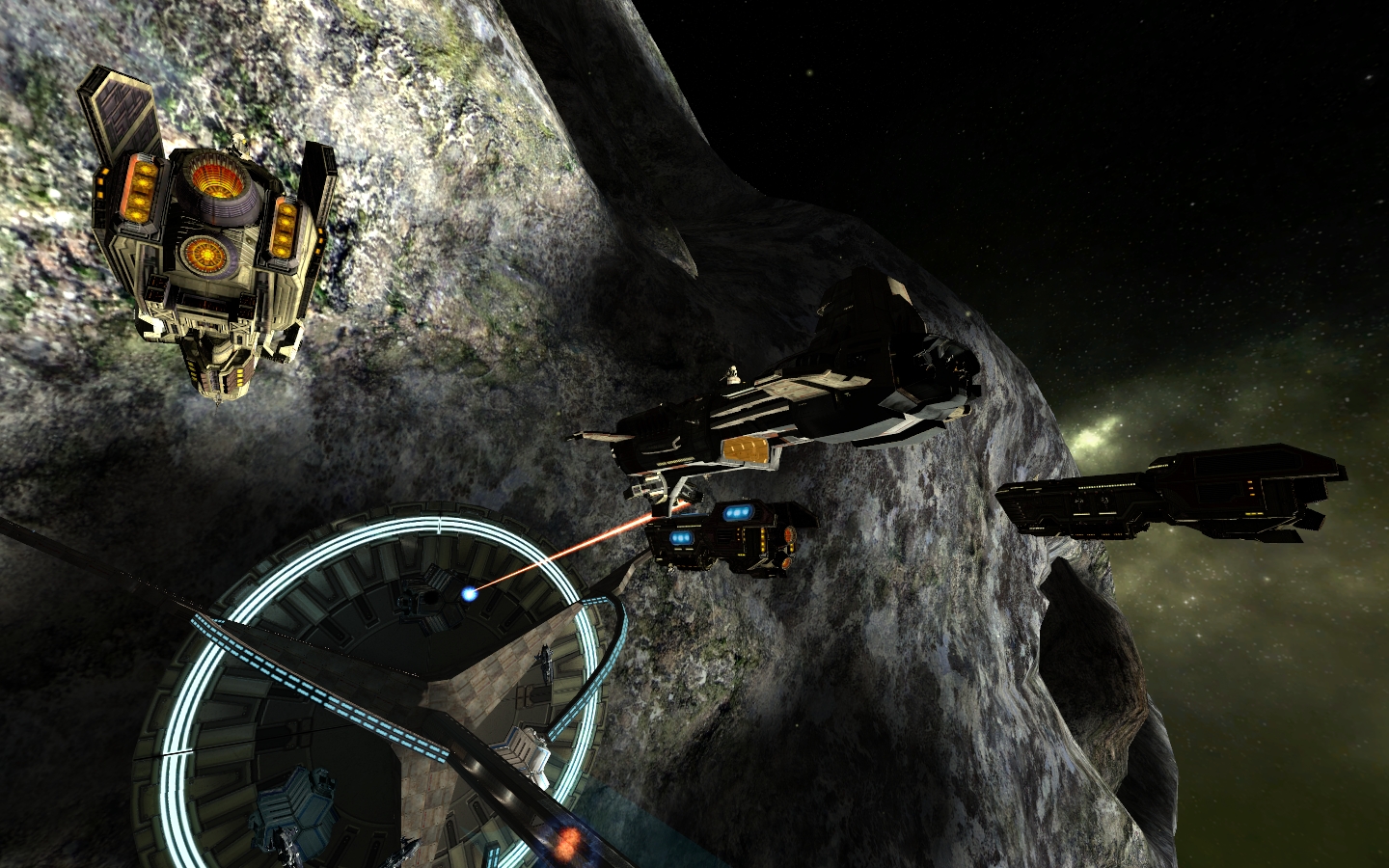 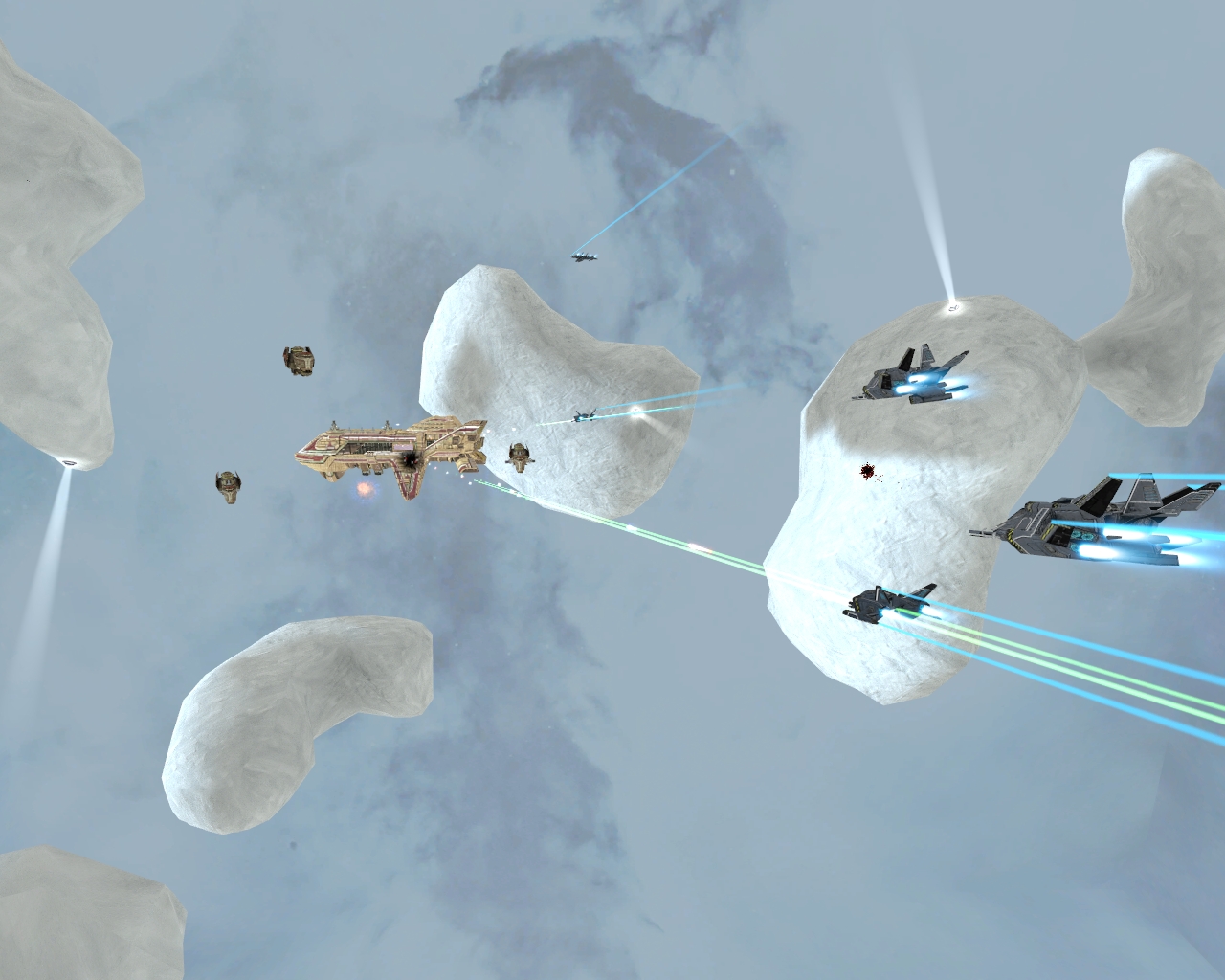 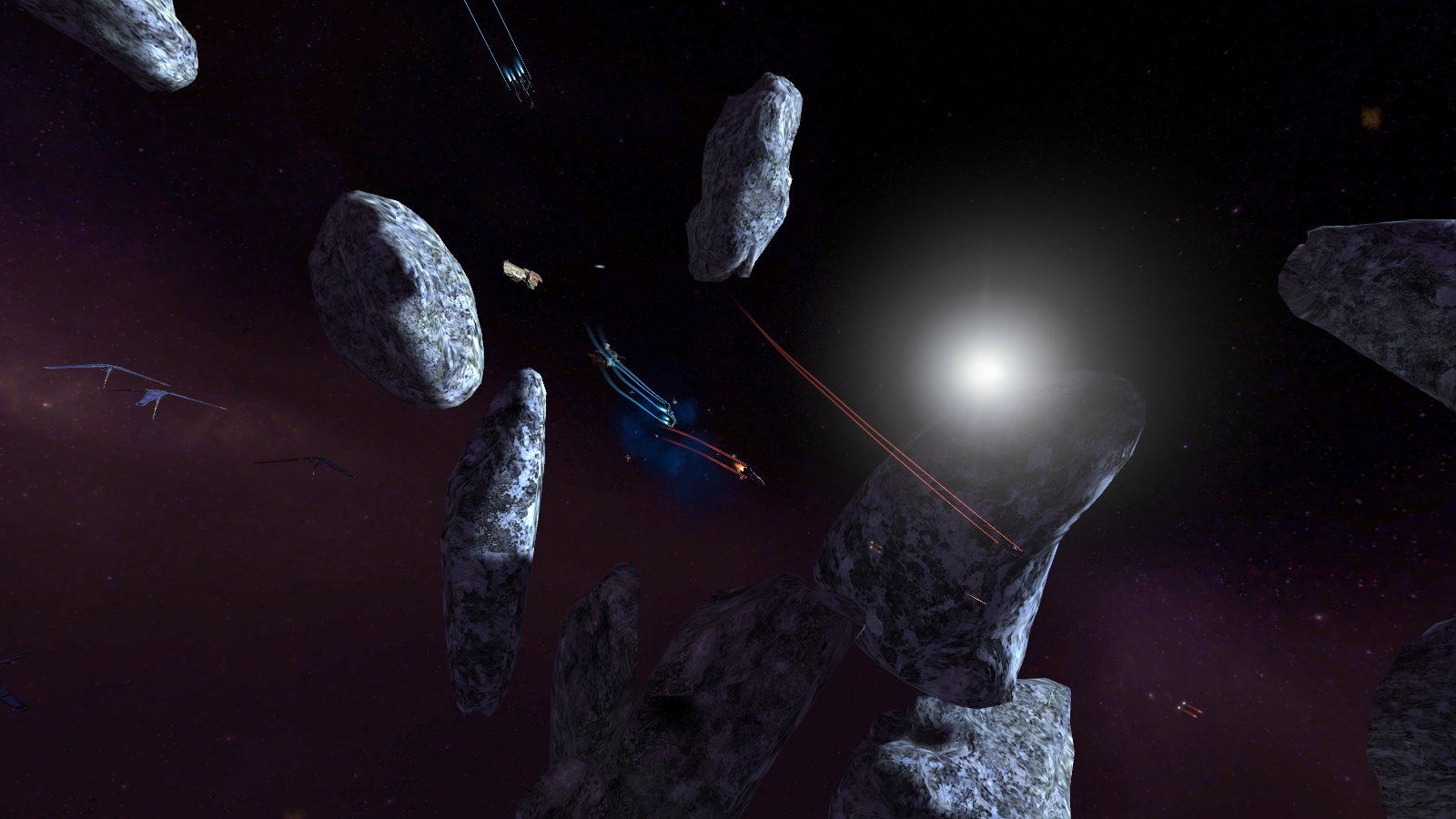 Party of Sin trailer:
Our friends and forebears Crankshaft Games are currently completing their next game, Party of Sin. The game is a fast-paced, run and gun platform game and will be released for Xbox 360 and PC that's looking pretty epic! But don't take our word for it, check out the trailer they just released for it, it'll leave you drooling! Check it out:


If you haven't already, consider going to their ModDB site and watch them!

Look forward to it everyone! ;-)

Would be nice to see an actuall gunship in-game, with like one pilot and maybe 2 gunners taking controll of small flak guns?

1st screenshot is the Dropship (Gunship is renamed), just fire up the game (current Steam release is still named Gunship) and in the attack phase you have a big chance of seeing a Dropship/Gunship fully manned flying into an enemy hangar with blazing guns ;-)

while i was never a huge fan of ES, i stopped seeing servers like last year. In fact, just this past summer every time I went on there would only be 10 servers and all but 1 or 2 would be empty.

Has the fan base dissipated?

It still is 1-2 servers with players, I guess the player base dropped because of the long period with no updates. But with the new team we hope it will be different, the new team has been pushing news updates regularly and with this upcoming update/release we hope to get old players back and get new players on board.
After this release more new content is scheduled.