After getting some feedback since Beta 2.0.0 was released a few weeks ago, we have released a patch to Beta 2.0.1. 2.0.1 features some gameplay balance changes, several new music tracks, and a lot of bugfixes. Searching for games (matchmaking) has been fixed and now searches for games worldwide instead of by region, so it should be easier to find games to join. 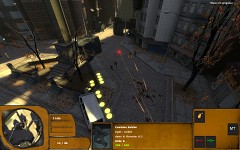 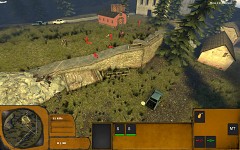 For those of you who installed with Desura, simply launch Desura and update HL2:Wars automatically that way (remember, Desura is only needed to install/patch HL2:Wars but does not need to be running to play - once it is installed and updated you can launch through Steam like any other mod). For those of you who installed with the ZIP archive, we have also released a patch ZIP file that weighs in at 242mb. You can download the Beta 2.0.1 patch zip on ModDB.

Fixed:
* Public games matchmaking now searches for games world wide, instead of the default Alien Swarm region based behavior
* Default number of slots in matchmaking is now 16 (instead of 4)
* Public games panel now shows the map name instead of "Unknown Mission"
* Cannot build mounted turret as rebels in Overrun
* Rebel soldier with AR2 weapon is missing the running animation while shooting (T-Pose)
* Overrun offers the infected option as enemy, which should only be shown if Left 4 Dead 1 is mounted
* Unable to move using the arrow keys in spectator mode
* Broken "Cancel" ability buildings while constructing
* Fixed empty rts key config resulting in a broken game
* Combine energy ball now does a fixed amount of damage against buildings
* Combine elite soldier not attacking after executing the combine energy ball ability
* Cloaked units can no longer capture control points
* Manhacks no longer emit sparks when bumping into friendly or neutral units

Overrun:
* Initial prepare time is now much shorter and keeps increasing until wave 7, at which it starts decreasing again

what? we have to mount Left 4 dead? it would have been nice if you told us this before, It's not a big deal for me, I have the game, just rather annoying since I never actually play it.

No, you don't have to)) it's just an option.
You need to install HL2 Ep2 and Alien Swarm only, the latter is free))

noone plays it D: