We're late but there's a bunch of stuff for you to consume: a big mod, an important patch and some other news.

Hello! Due to external circumstances I wasn't able to port a new mod on time, so I decided to go ahead and postpone the whole thing until Sunday. Maybe this will help me keep a weekly schedule in the future, somehow. But before we get around to discussing the new ports, I have a few announcements to make.

First, there's a small and cozy but active Discord server, focused on Wolf3D, that I'd like to plug here:

How is that relevant? Why, because both main MacenWolf developers (Nexion and yours truly) can be found there. And if you only care about Wolf4SDL, that's good too because the newly appointed (and working hard) Wolf4SDL code base overlord is there too. We're all evil people in there, but you might still want to come over and talk for a bit.

Second thing, another patch! I've received some reports about sound issues plaguing the mod. To everyone who commented or messaged me about this: you were right, thank you! I did my best to eliminate clicks and pops at the beginning of many sounds, made sure the music loops better and the volume of a few sound effects is balanced better. Ammo boxes now play the proper effect when picked up. Pushwalls finally sound as they should. One thing I did not actually touch is the machine gun sound. One guy told me it's too quiet, but it's actually imported as it was on Mac, without any alterations.

Oh, and another minor update: I have determined the author of 48 Hours to be Mike Hunter. Hi, Mike!

Now about the new mod. This release is dedicated to the memory of everyone's favourite murderous tyrant; it's called Hitler's Chalet. And unlike most Mac mods, it's actually very well documented! A 3rd Encounter mod made by Ian Brown (who wants you to contact him at ian.brown (at) sparticus.net) during 2001 and 2002, it takes place in the Bavarian Alps where many top Nazis set up their hideouts and are on duty to protect Hitler himself. You'll find yourself fighting hordes of German soldiers as you battle through 12 rather compact but interesting maps, including the Eagle's Nest and Berghof residence (the titular chalet) where the man himself resides. It's a pretty neat mod that combines indoor and outdoor areas in some creative ways. Most graphics are new, some unique to this mod.

And I know the intermission screen is broken; it's that way on Mac too, believe it or not.

Ian Brown. If you're reading this, kudos for writing up actual documentation for your mod. 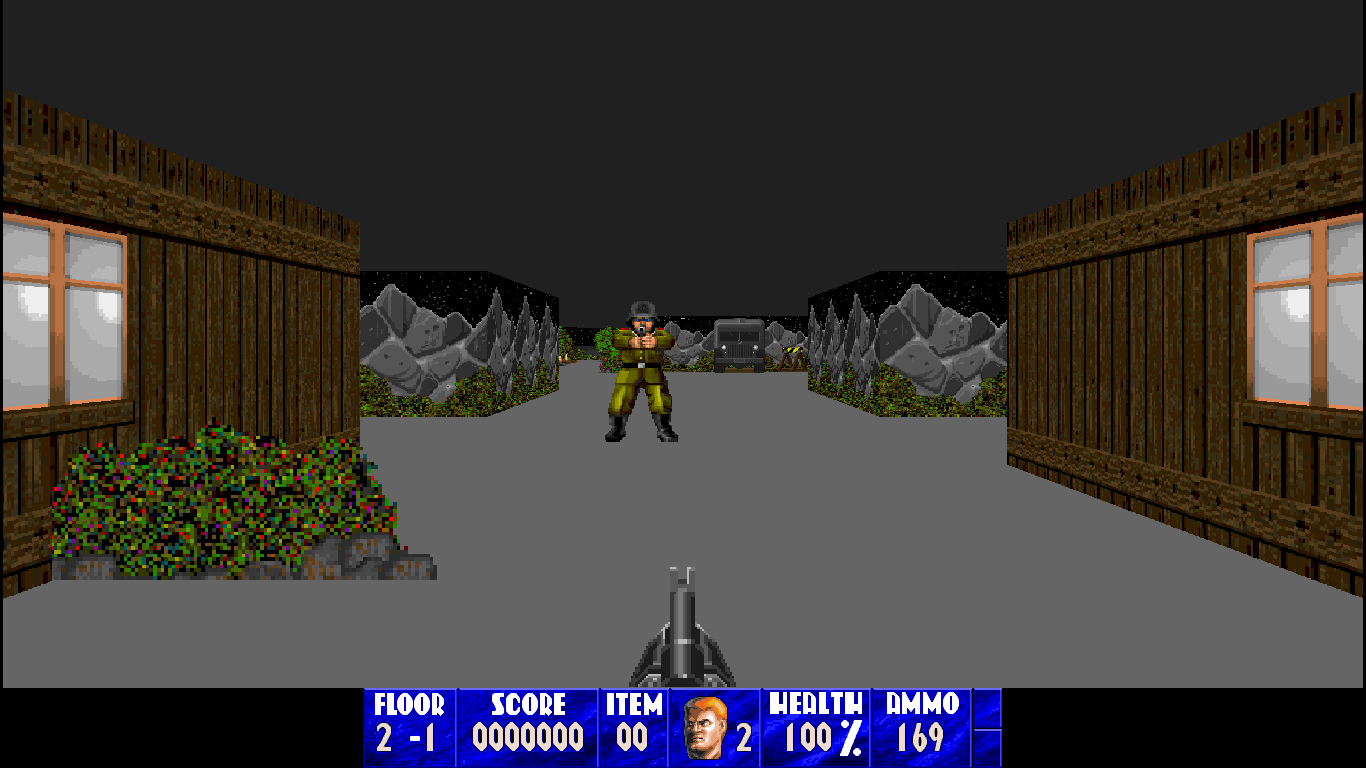 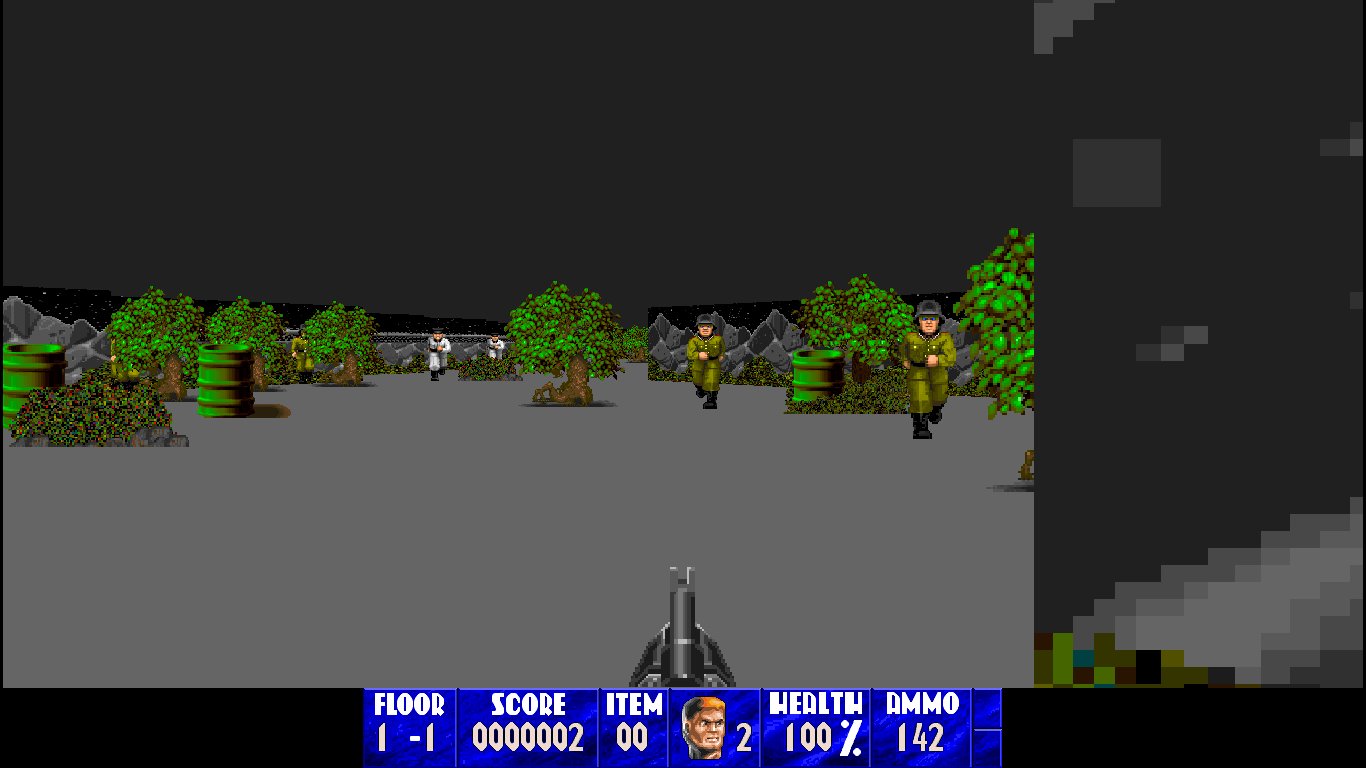 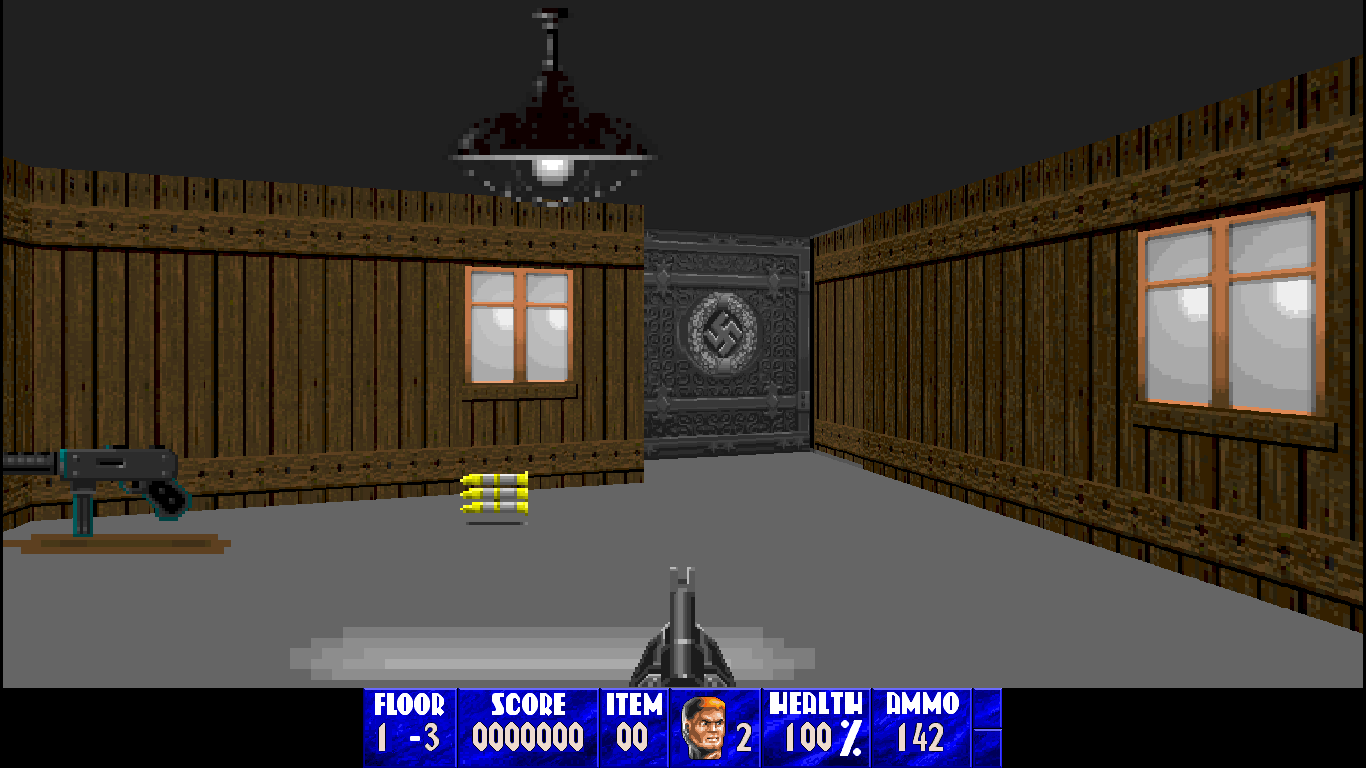 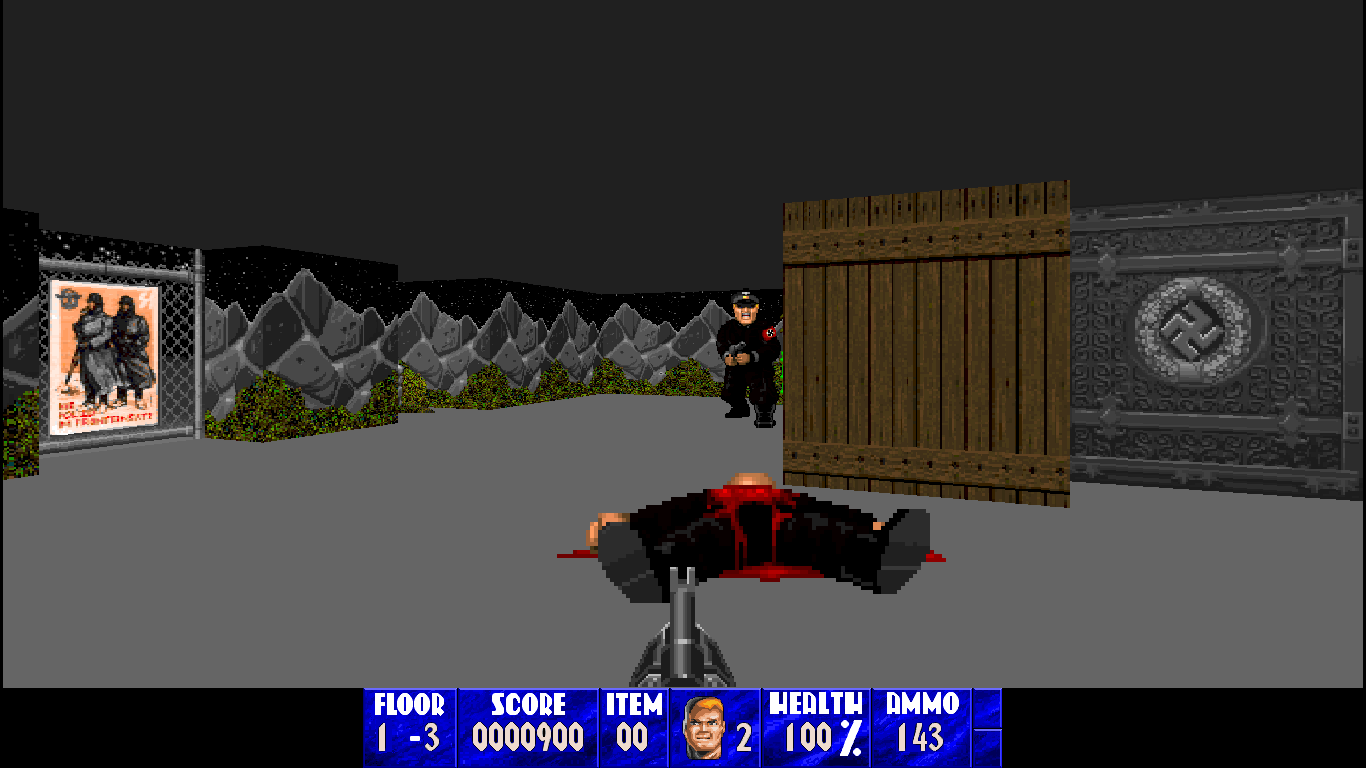 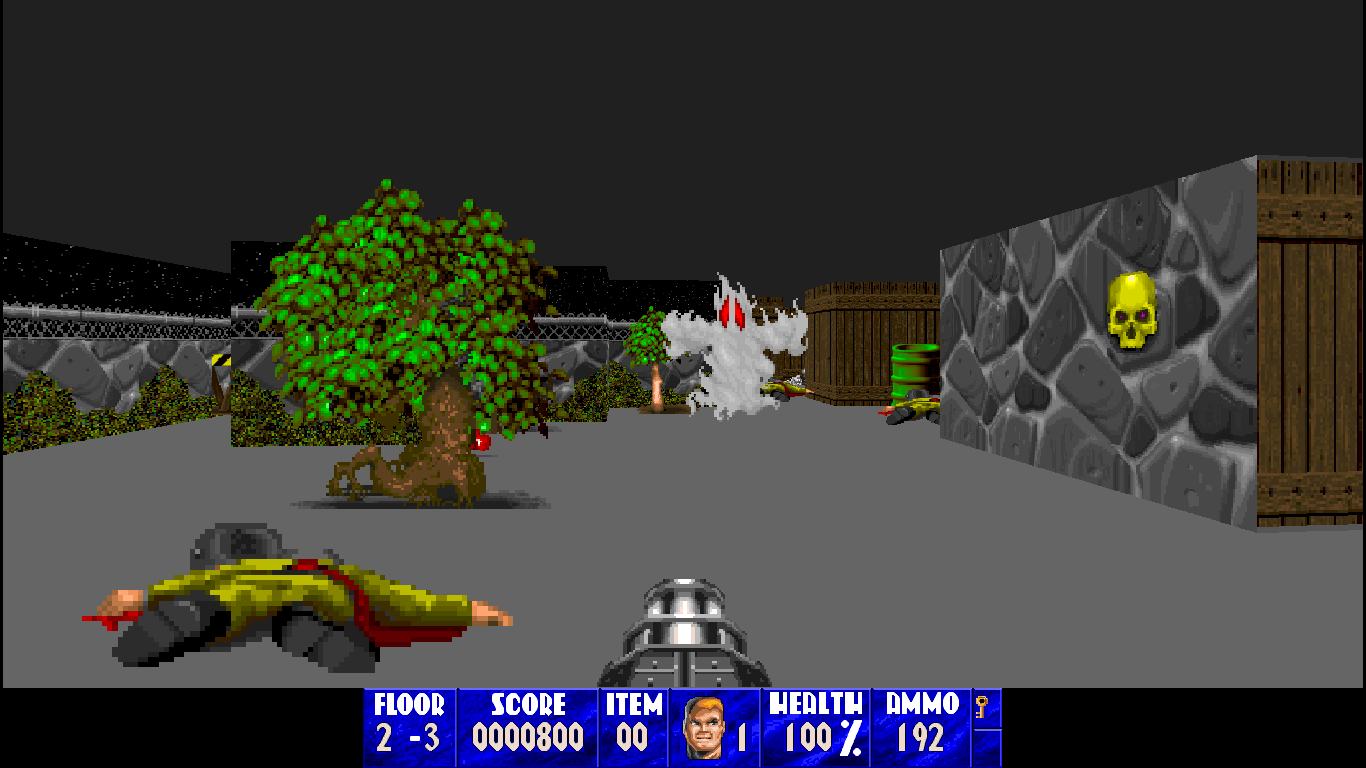 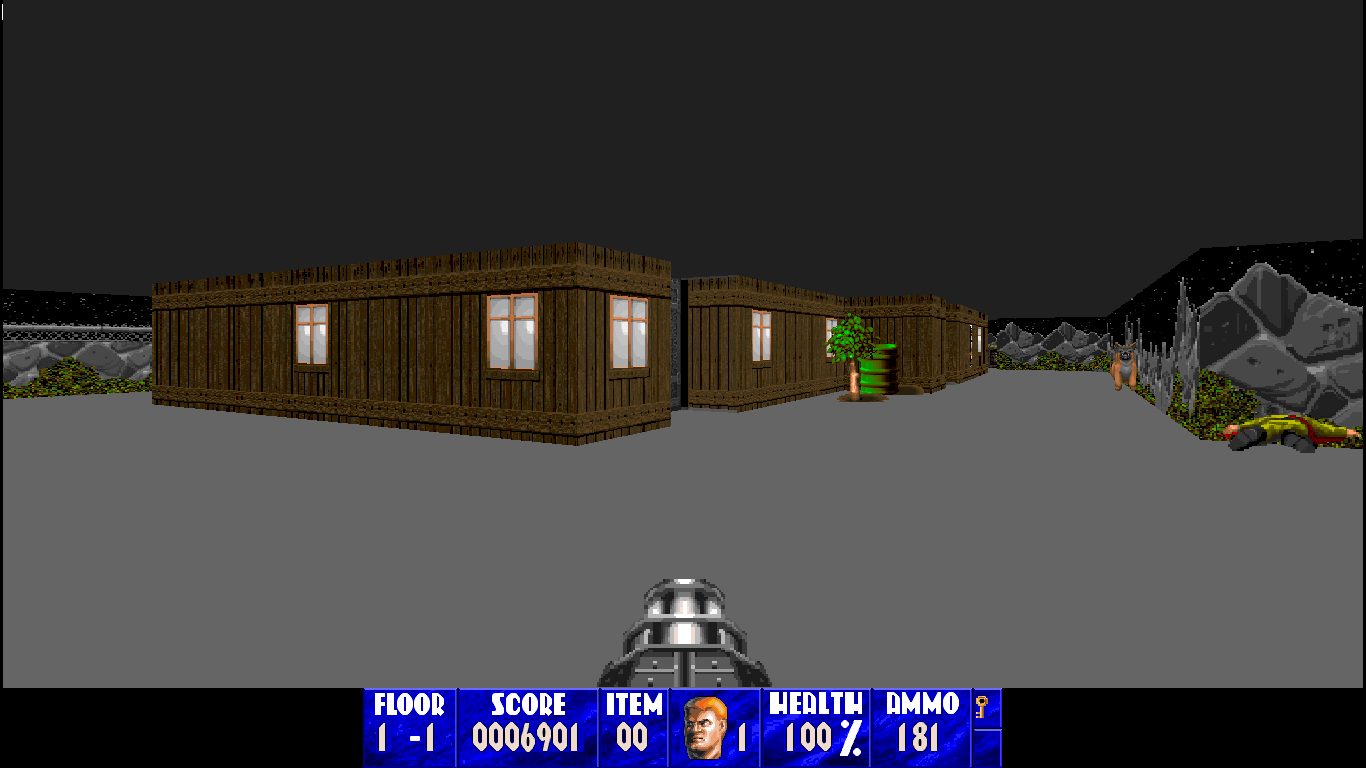 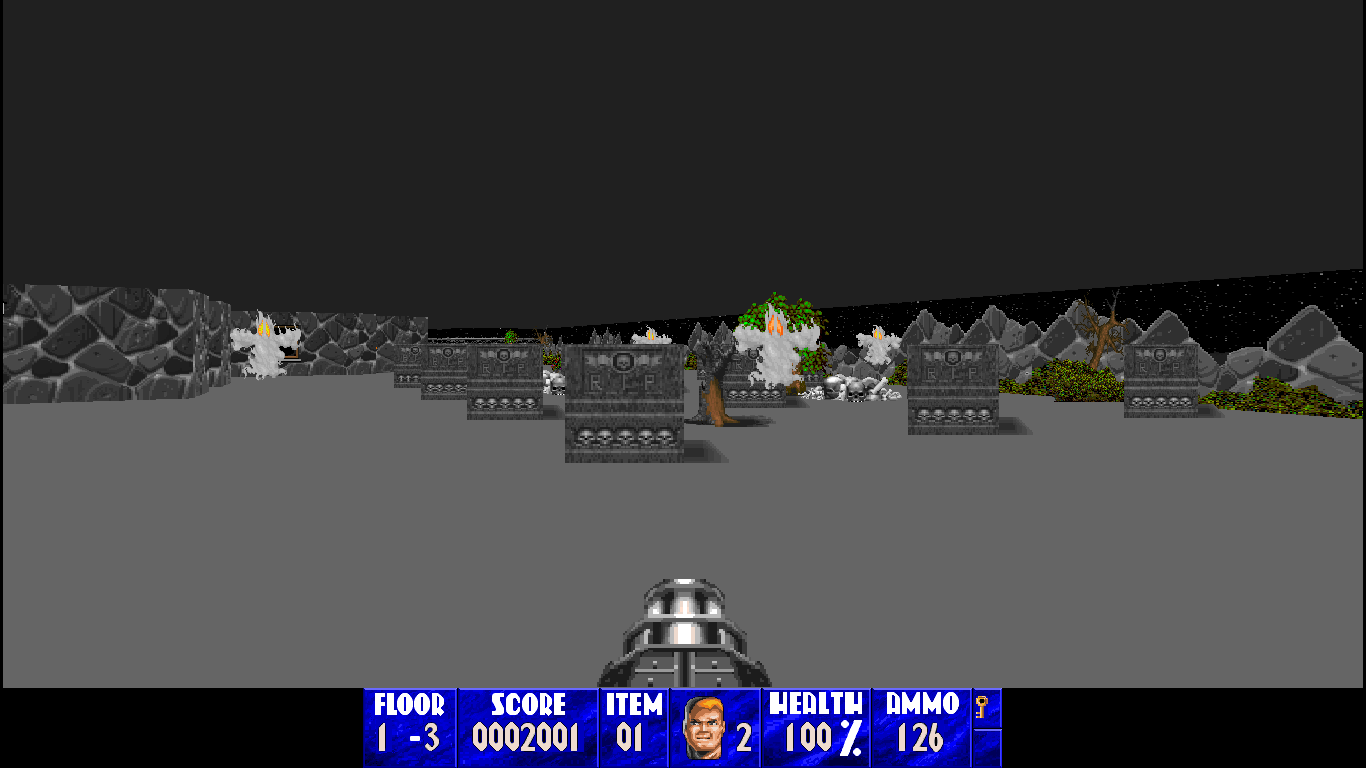 Download here... And let's hope I can release the next thing on time.

Hello, not sure what to download.. it says sdl.dll missing on this one. On what should I use this patch cuz u have many files? Is it MacenWolf Third Encounter??

If you don't have MacenWolf yet, you can ignore the patch and simply download Second Encounter or Third Encounter. They're fully patched.