You might be asking yourselves where we’ve been these past few weeks, and I really wish I could tell you, but the truth is: we’ve been working on some really exciting super secret stuff for Okhlos! We can’t tell you about it just yet, but rest assured that what’s coming will be really, really cool!

Unfortunately though, all this exciting super secret business has been taking up a lot of our office hours and leaving us exhausted, so we’ve been far too tired to keep up with updates here on the dev blog. That’s why we’ve been so quiet lately. We’re starting to wrap up Okhlos and as we’re getting closer and closer to the finish line we’re realizing that, sadly, there’s so much to do that we just won’t have as much time for updates as we did before.

/Brutal Honesty Mode: OFF
That said, there are still plenty of updates to come - and some very interesting ones at that! - so worry not, ye faithful reader.

As you know, in Okhlos, items are temporary power ups that you use in the heat of the moment to help you through tough spots.
For example:


Say you’re surrounded by cyclops – throw a bomb! Blow ‘em up to smithereens!You’re about to get hit really hard by a harpy – use an Aegis to make yourself invincible for a little while! Don’t put with that bird-brain!

In Okhlos, most of the humor - much like the rest of the game - hinges on the premise that you’re trying to control an unruly mob and that as such, things will get messy. We use the mob and its different units to poke fun at the nonsensical structures of society and social class and to make fun of how even in the midst of chaos and anarchy everybody sticks to their assigned roles and positions, no matter how hypocritical or terrible they might be. One of our units, in fact, is the slave, or servant. They are the only unit in the game that can carry items. (Because I’m sure the philosophers are too busy thinking to do any heavy lifting, right? Bastards.) They can each carry up to one item and if you run out of empty-handed ones then you won’t be able to pick up any more items until you’ve used one up.

By looking at your mob you should thus be able to see how many items you have, what items they are, and how many spots you have left for picking up new ones. The slaves aren’t particularly powerful units on their own, but they are essential to playing well and getting through the levels. You’ll definitely want at least a few of them around for those really tough situations.

Aside from holding items, up until now slaves have also been the only unit that’s been able to pick them up! This meant that in order to get an item you had to walk over it with a slave unit. (The slave itself didn’t have to be empty-handed – as long as you had one slave unit that was free to carry the item, any slave could pick it up and it would instantly pop into the free slave’s hands.)

This, however, was a bit of a pain. There is no way to manipulate units individually in the game, so getting a slave to walk over the item could take several attempts, wasting time and effort and frustrating the player with a menial task. Sometimes the player would try a couple of times unsuccessfully and just assume they didn’t have an available slave, when actually, they did! It just wasn’t intuitive; a lot of players took a while to clue in to the mechanic, and would naturally try to pick up items using the leader unit instead. This player behavior continued despite tutorials and the player’s level of experience.

After some thinking and a few helpful suggestions from our friendly translator and editor, Pablo, we decided: What the hell? Why fight it?

So we’ve changed things around! Now the leader unit is now able to pick up items and pass them on to available slaves all on their own!

Now if you see an item and you have an available free slave, you can grab it easily and without any hassle!

And if you don’t have any available slaves, now the game will tell you so!

What do you guys think of this change? It’s definitely less ‘realistic’ than picking up items with slave units directly, but it’s a lot more intuitive!
(And thankfully for us we were never aiming for realism in the first place!)

The first draft of this post was banged out quickly by @Roketronz and then slowly and lovingly groomed to beautiful adulthood by @pfque_. That poor unlucky sod.

(He also makes games, you know? You can try out his latest one here – it’s a tiny twine game about a faucet that was made for Twiny Jam.) 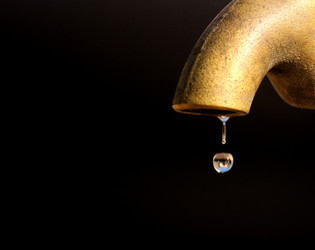 I prefer it this way, even when i was reading it at the begining i was saying WTF, it could simply pass hand to hand up to the slave, and the guy carries all the weight.