Airships v6 will be out on February 25, on Steam and elsewhere. Meanwhile, I do some worldbuilding.

I've been hard at work on Airships dev 6, and have now fixed upon a release date for it, and for Airships on Steam: February 25. So unless anything goes majorly wrong in the next two weeks, that's when you get the fancy new version of the game.

Speaking of fanciness, I did a short video of the new heraldry that's now in, with a whole bunch more layout and symbol options:

There's still a fair list of things I want to improve before the release, mostly on the visual side. Right now, I'm working on making the strategic map screen nicer. The idea with that screen has always been to make it look like a desk you're looking at, plotting your empire's path. To make it look less bare, there's going to be some pieces of paper at angles half-beneath the map, and probably some coffee stains.

Of course, the pieces of paper are an irresistible opportunity to do some worldbuilding: 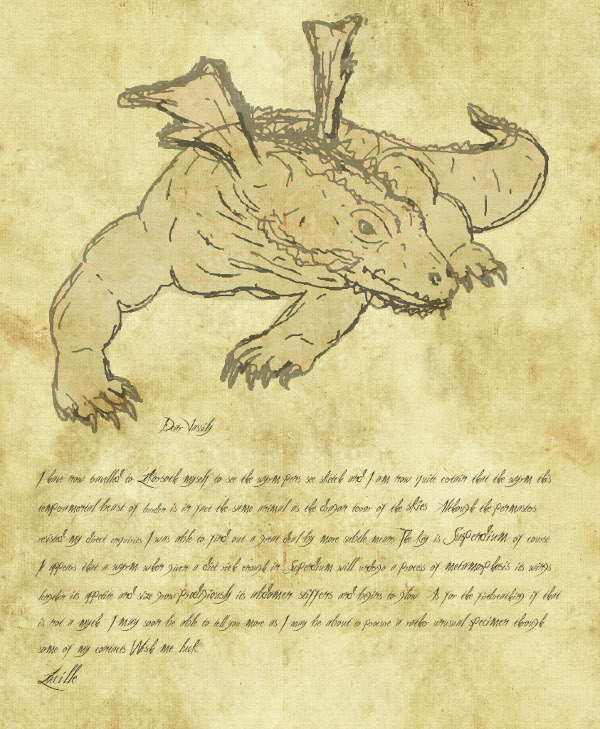 Can you decipher the scrawled handwriting to discover the terrible secret of dragon-rearing? 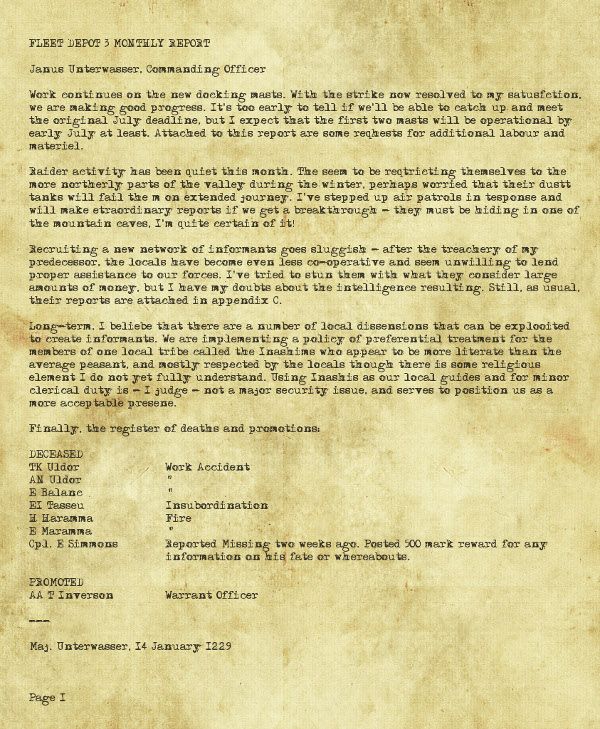 An important part of any imperial presence is maintaining positive relations with the natives. 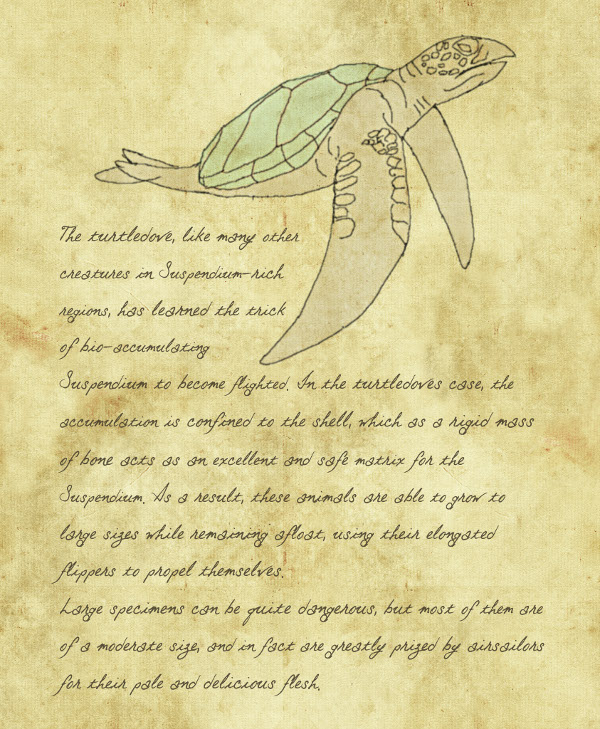 To be fair, airsailors will eat pretty much anything that's not even more hardtack.

Can't wait? Want to get the game at $5 instead of the $10 it will rise to when dev 6 comes out? And get a Steam key upon release anyway?