The community developed patch for Hell Unleashed has been released. Only currently available for the multiplayer version, not the solo edition. A new season of Hell Unleashed begins!

The community developed patch for Hell Unleashed has been released. Only currently available for the multiplayer version, not the solo edition. You can read about the changes here on the community site... 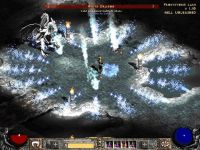 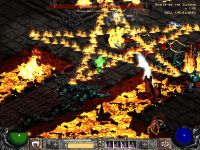 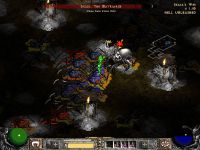 OVERVIEW
In short this is Diablo II vastly enhanced with many new surprises, challenges and features! Diablo as it was meant to be!

This mod is focused towards group multiplayer in a manner of which a group of friends or players can start fresh new characters and fight through the forces of hell side by side, although there is a solo edition available.

As multiplayer is the prime focus here, Solo play in the sense of progressing onward is not recommended. Solo play is used mainly as a means of treasure hunting, catching up in experience or refining gear and skills… Those purely interested in solo play will find a huge obstacle in bosses, as they were designed mainly for multiplayer combat…

I recommend 3-6 players for this mod. If you don’t know many people that play Diablo, I recommend trying to find others who are trying to assemble groups on either the official Hell Unleashed forum or the battle.net forums. Or if you have no interest in multiplayer download the solo edition!