Well, its been a fecking half year, no progress has been done until two days ago and...

Well, its been a fecking half year, no progress has been done until two days ago and well, about 25 new mods popped up since the hiatus began.

So why come back now? why not 3 months ago, or hell, why stop modding?
well school, then Skyrim, other assorted RPGs. Honestly i could have finished this over the summer, but my computer had some issues with making edits to XML that i didn't resolve until two days ago.

But the main reason i'm back is this:

now, i have nothing against Packy21, but when i see RIPs going on, my eyes turn a particularly violent shade of crimson.

So that's why I'm back

Now onto the Things I've done over these few days: 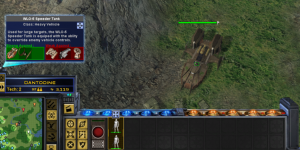 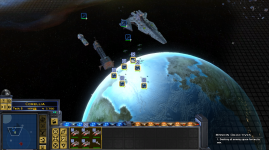 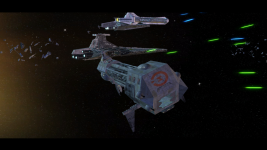 Basically I added a few new units, and I'm making it so that every unit in game has some sort of special ability. Even if it is so mundane as "Hunt" or "Take Cover"

Also a little aside to my other mod Lost Hope (Moddb.com) I do actually think that it is a lost hope. At least for now.

I've Also amassed a large collection of music that i'll be using in the Mod. I Think i'll have to do some clearing and "soul searching" as in finding what direction the mod should take- Cartoon Violence with many easter eggs or serious Commanding game with no jokes.

Glad to see your back!!

I tried this mod for the first time about two weeks ago. I am truly astonished at the level of detail in this, as well as the scale of play. I would really enjoy seeing this mod stay a serious command game, but I also think it's your mod, and you can do with it whatever you want.

serious command games can have highly amusing jokes too, it gives the game a lot more replay value

I don't mean to nag but i've noticed that when playing as the CIS Rearment on galactic conquest mode, piracy battles just dont work. This makes it impossible to unlock black-market, thus no new tech. I know you are busy so ill let yo get back to work. (p.s. by far my most favorite mod ever! )

any plans on inputting this into game any time soon?