This article brings some crisp science about the space agencies’ protocols related to alien encounters by astronauts. With the further studies that question divided into several branches: What are the real astronauts’ protocols for potential alien encounters in space? What are the really possible alien forms do/might exist on/aboard the space station? What are exotic but realistic forms of life might exist? 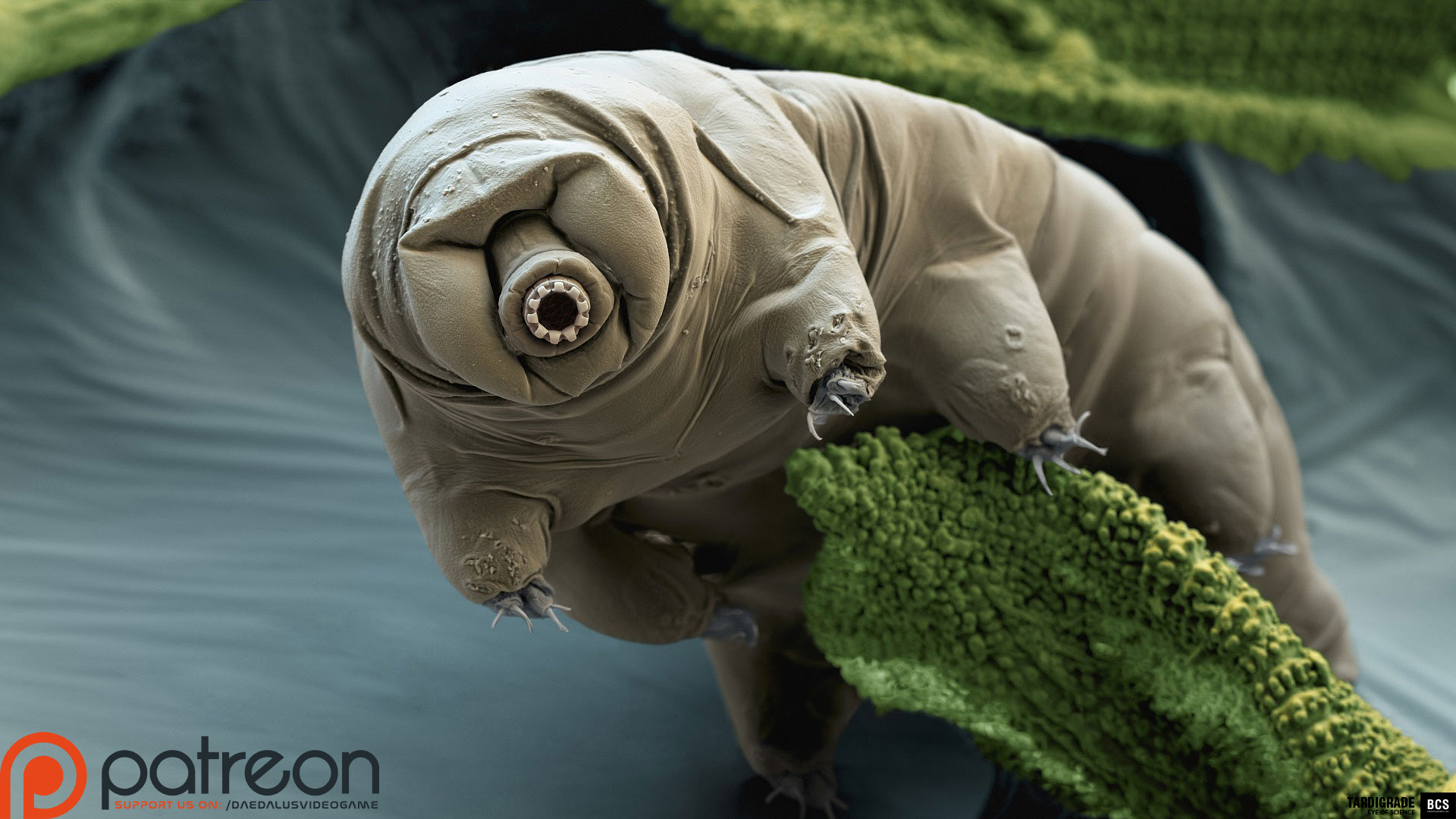 As I announced in the previous update on Patreon, I intended to dug and bring some crisp science about the space agencies’ protocols related to alien encounters by astronauts. With the further studies that question divided into several branches: 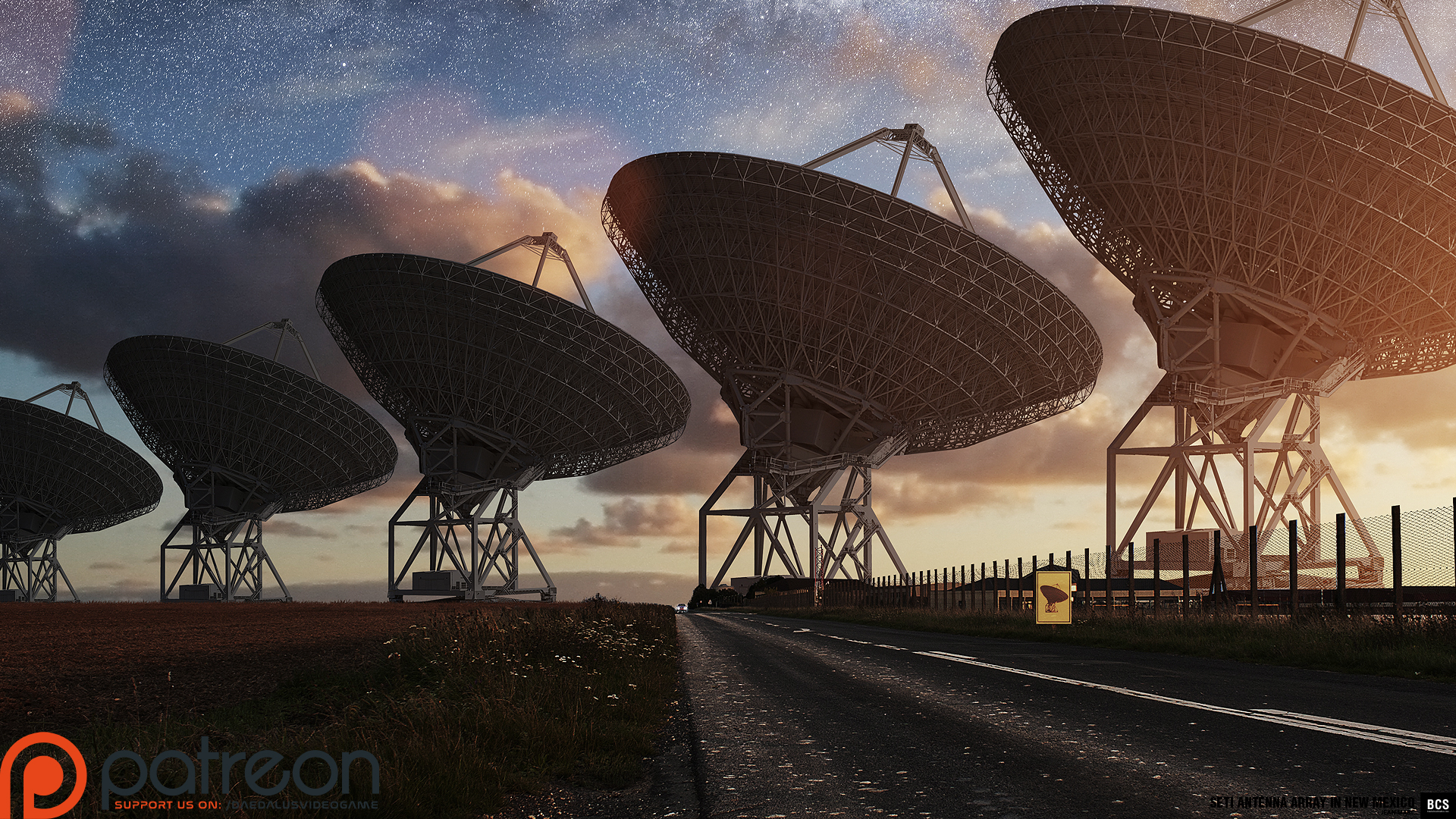 First of all I aspired to know if astronauts had even trained for potential alien encounters.

Well, as far as I learned: no, NASA’s and ESA’s training programs do not involve any training for this scenario. Though, such protocols are under construction for future human Mars missions .

Such future protocols will be based on existing SETI’s Protocols for an Extraterrestrial Intelligence Signal Detection:

2. Prior to making a public announcement that evidence of extraterrestrial intelligence has been detected, the discoverer should promptly inform all other observers or research organizations that are parties to this declaration, so that those other parties may seek to confirm the discovery by independent observations at other sites and so that a network can be established to enable continuous monitoring of the signal or phenomenon. Parties to this declaration should not make any public announcement of this information until it is determined whether this information is or is not credible evidence of the existence of extraterrestrial intelligence. The discoverer should inform his/her or its relevant national authorities.

4. A confirmed detection of extraterrestrial intelligence should be disseminated promptly, openly, and widely through scientific channels and public media, observing the procedures in this declaration. The discoverer should have the privilege of making the first public announcement.

5. All data necessary for confirmation of detection should be made available to the international scientific community through publications, meetings, conferences, and other appropriate means.

6. The discovery should be confirmed and monitored and any data bearing on the evidence of extraterrestrial intelligence should be recorded and stored permanently to the greatest extent feasible and practicable, in a form that will make it available for further analysis and interpretation. These recordings should be made available to the international institutions listed above and to members of the scientific community for further objective analysis and interpretation.

7. If the evidence of detection is in the form of electromagnetic signals, the parties to this declaration should seek international agreement to protect the appropriate frequencies by exercising procedures available through the International Telecommunication Union. Immediate notice should be sent to the Secretary General of the ITU in Geneva, who may include a request to minimize transmissions on the relevant frequencies in the Weekly Circular. The Secretariat, in conjunction with advice of the Union's Administrative Council, should explore the feasibility and utility of convening an Extraordinary Administrative Radio Conference to deal with the matter, subject to the opinions of the member Administrations of the ITU.

8. No response to a signal or other evidence of extraterrestrial intelligence should be sent until appropriate international consultations have taken place. The procedures for such consultations will be the subject of a separate agreement, declaration or arrangement.

That data should give more background to the Daedalus’ crew sensible behavior about the possible alien solar communications and activities in case of alien encounters in space around the DSS, Venus or aboard the space station.

Aside from that when developing the Daedalus story we should take into consideration such department of NASA as Office of Planetary Protection. In general, its objectives summarize and reflect all the worldwide planetary protection of the humanity:

Yes, nowadays we do really have something like X-COM :) 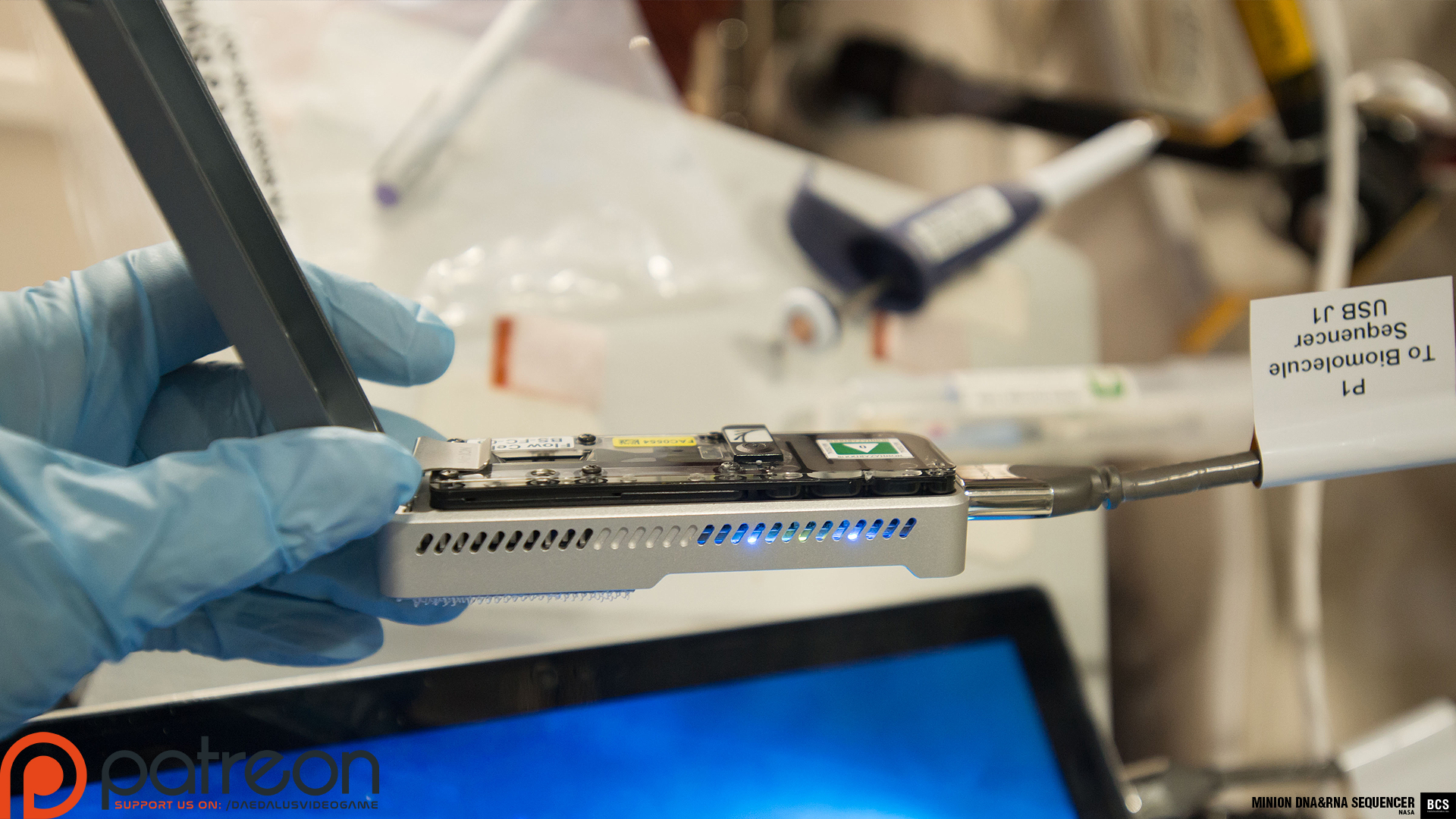 Well, the fact is that there are a decent amount of microscopic live already exists on the surface of the International Space Station (ISS) as well as aboard it.

In 2014, during a spacewalk intended to clean the ISS, Russian astronauts took samples from the exterior of the station for a routine analysis. The results of the experiment were quite surprising. Astronauts expected to find nothing more than contaminants created by the engines of incoming and outgoing spacecraft, but instead found that living organisms were clinging to outside of the ISS. The astronauts identified the organisms as sea plankton that likely originated from Earth, but the team couldn’t find a concrete explanation as to how these organisms made it all the way up to the space station — or how they managed to survive.

NASA was quite careful in confirming that the Russians truly did discover sea plankton (as they classified it) clinging to the exterior of the station. The major mystery is not that the plankton survived, but how they made it all the way up there, 205 miles above Earth. The scientists have already dismissed the possibility that the plankton were simply carried there on a spacecraft from Earth, as the plankton aren’t from the region where any ISS module or craft would’ve taken off. The working theory is that atmospheric currents could be scooping up the organisms then carrying them all the way to the space station, though that would mean the currents could travel an astonishing 205 miles (330 km) above the planet.

According to the "careful" version that microorganisms were some kind of Tardigrades. Tardigrades, water-dwelling microscopic invertebrates, are known to be able to survive a host of harsh environments. They can survive extreme temperatures (slightly above absolute zero to far above boiling), amounts of radiation hundreds of times higher than the lethal dose for a human, pressure around six times more than found in the deepest parts of the ocean, and the vacuum of space. The organisms found on the ISS aren’t tardigrades, but the little invertebrates show that some living organisms from Earth can indeed survive the harshness of space. 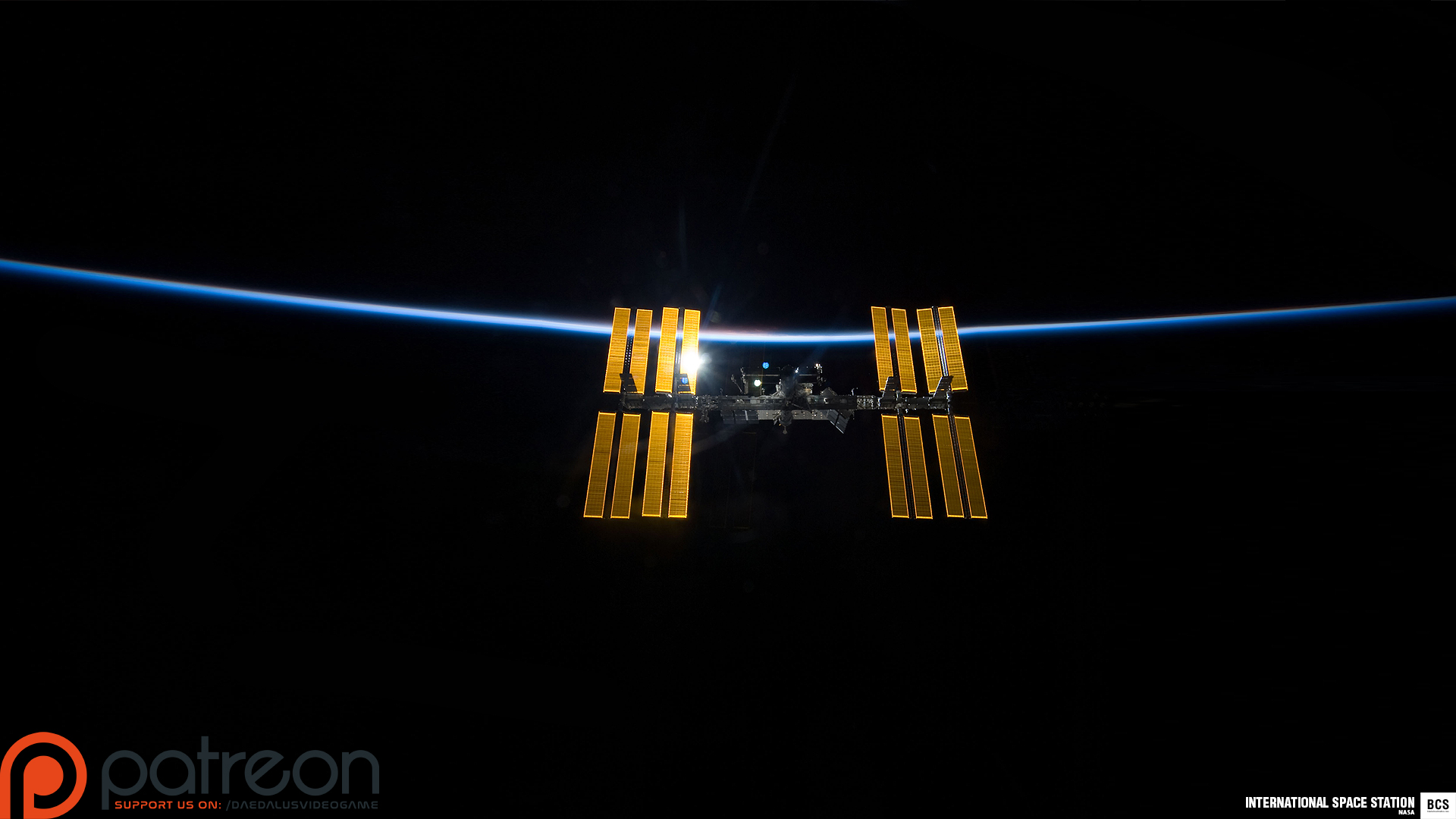 Beyond that, there’s a little known, dirty story about the ISS environment: it’s filled with bacteria, microorganisms and fungi. In 2015 a study has found compelling evidence that microorganisms from human skin are present throughout the station, and some of the bugs could cause serious harm to astronauts.

NASA and its partner agencies go to extraordinary measures to reduce the likelihood that microbes will sneak a ride to ISS, requiring that payloads move through "clean rooms," which are outfitted with high-powered air filtration systems and thoroughly mopped and scrubbed with disinfectants. But then ISS itself serves as a home to six microbe-filled humans who stay in orbit for as long as 6 months each and routinely shed skin cells when they exercise, comb their hair, eat, and do other activities that potentially can contaminate their isolated "built environment."

Concerned about the possibility that astronauts might unwittingly be exposed to pathogens that lurk in a spacecraft’s surfaces or in air filters— biological contamination has been found in both the ISS and Russia’s MIR before — NASA asked researchers at its Jet Propulsion Laboratory (JPL) in Pasadena, California, to assess the problem. In the most comprehensive hunt for bacteria and fungi ever done of the ISS, the team sequenced genetic material plucked from dust found in equipment that returned to Earth: an air filter used for 40 months and two used vacuum cleaner bags. Kasthuri Venkateswaran, JPL microbiologist who led a collaboration wrote: "We need to know what we’re breathing in a closed environment. That included investigators from two NASA space centers, three universities, and a biotech company. It’s always better to know before things get out of control."

The researchers compared DNA sequences derived from the ISS with vacuum bag dust collected over several months at two JPL clean rooms, which have about 50 people in them each day who inevitably leave behind bacteria. The most concerning finding was from the "high-efficiency particulate arrestance" (HEPA) air filter used in the ISS: 99.65% of the viable sequences they retrieved came from Actinobacteria, which, at most, accounted for only 25.25% of the viable sequences found in the JPL clean room vacuum bags.

The Actinobacteria phylum includes Corynebacterium and Propionibacterium; each genus was found in the ISS samples at a high level, which is "problematic," because they both have species that are opportunistic pathogens. Astronauts who live in microgravity for prolonged periods also can have compromised immune systems, he notes. The graphic below shows the relative proportions of different bacterial and fungal sequences the researchers found in the ISS HEPA filter and the vacuum bags from both the ISS and the JPL clean rooms. 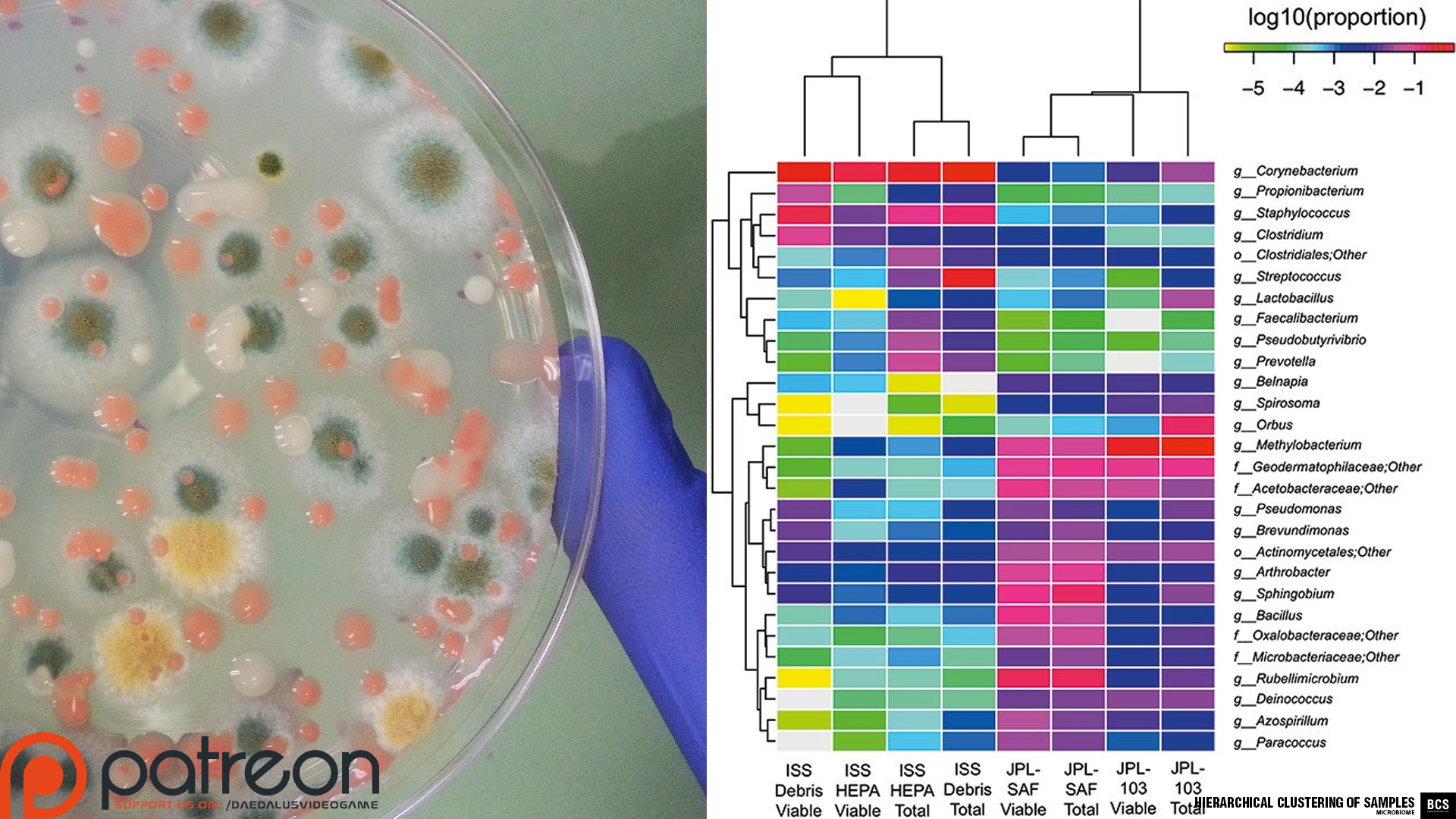 The good news is they didn’t discover any pathogens. And the differences with the clean room were "not remarkable". Though, if (or when) NASA is going beyond the moon to Mars they will need an automated biosensor. As the first step in such space biosensor development, in 2016 NASA’s astronauts got Biomolecule Sequencer.

About 85 percent of the drinking water on the International Space Station has been recycled. How can astronauts be sure it’s sufficiently free from microbes? When strange fungi grow on the walls inside the station, how can they make sure it’s benign without sending samples all the way back to Earth?

Who ya gonna call? - Biomolecule Sequencer!

That small DNA sequencer and the Biomolecule Sequencer investigator is set out to study how well sequencing works in microgravity. E.g. previos year ISS astronaut Kate Rubins successfully sequenced samples of a mouse, bacteria, and virus, establishing the MiniON sequencing device as a valuable new tool for space science. That device (miniON) is only about 9.5cm long and weighs 120 grams – the same device on Earth is similar in size to a microwave.

This year the device has been uses to monitor astronauts health, but the expectations are that they will one day be able to use the device to detect alien life in the universe. Hence, such thing will be definitely required aboard the Daedalus Space Station (DSS). 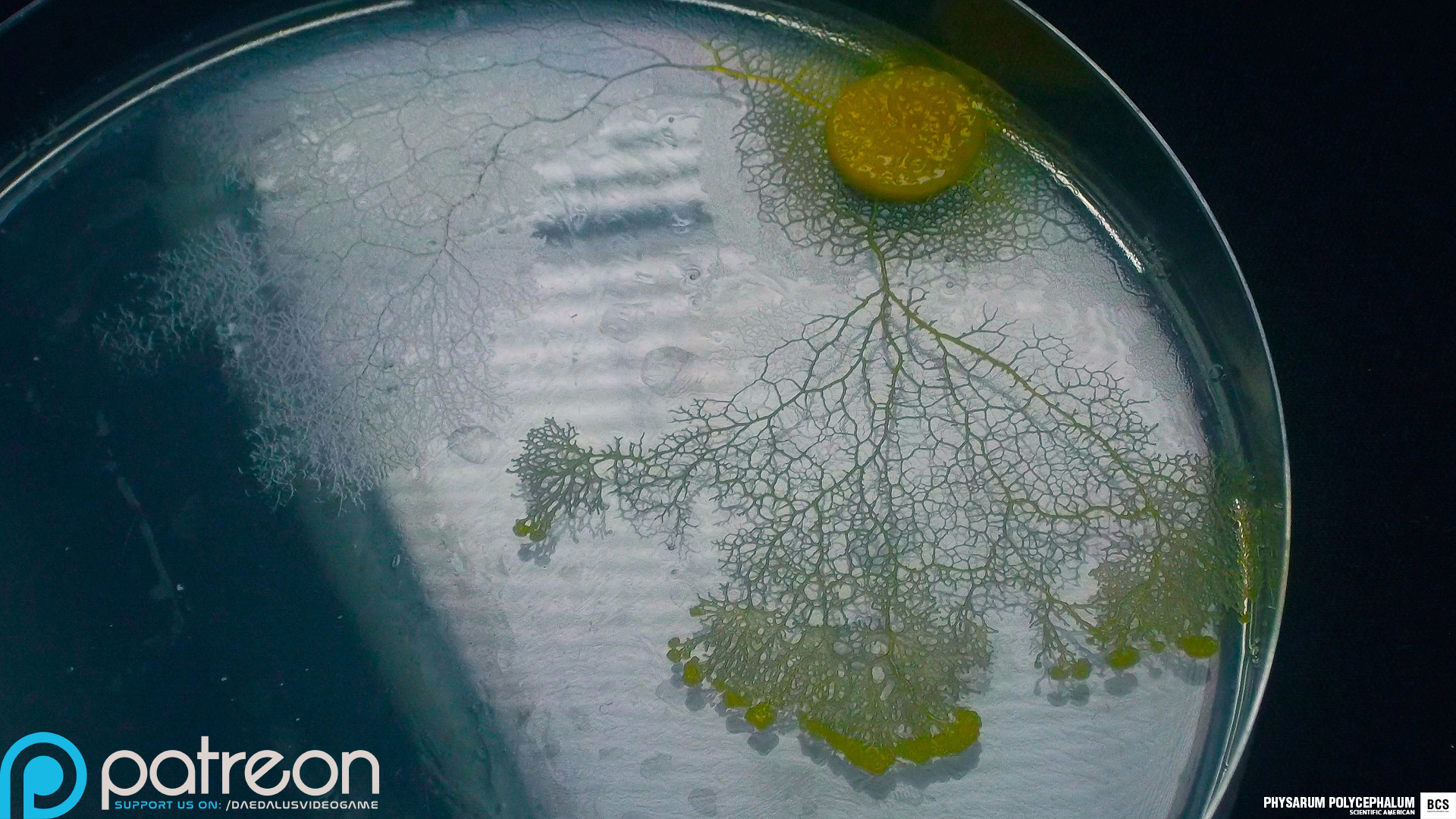 The story and hard sci-fi setting of the Daedalus will require all following types of extraterrestrial life leads:

• Microscopic life form that dwells on the surface of the space station [no intellect; no consciousness]. Real life examples: Geobacter Metallireducens that feed on electricity;

• Microscopic life form that dwells on inside the space station [no intellect; no consciousness]. Real life examples: Cryptococcus Neoformans that dwell inside the Chernobyl Nuclear Power Plant and feed on radiation itself;

• Microscopic life form dwells aboard or outside the station manifesting signs of intelligence but no conscious [presence of intellect; no consciousness]. Real life examples: Physarum Polycephalum that demonstrates signs of semi-intelligense or evolved unconscious intelligent micromachines from the "Invincible", novel by Stanislaw Lem;

• Microscopic life form dwells aboard or outside the station manifesting signs of conscious but no intelligence [no intellect; presence of consciousness]. Real life examples: hmm... don't know any proper examples but may be the sentient ocean of the planet Solaris from Lem’s novel would fit.

• Undetermined type of energetic alien life form with undetermined neither intelligence nor consciousness [intellect?; consciousness?]. Real life examples: ball lightning or any other phenomenal life form made from Rydberg Matter.

It is also important to bear in mind Phosphenes from cosmic radiation when we consider the last two extraterrestrial life leads above. Just to be sure about the real origin of that physical phenomena (not a figment or imagination, nor cognitive bug or perception bias.

Well, I suppose, that is some marvelous lore to ponder about and to take into consideration for the DSS mapping and story writing. I’m going to devote next hard sci-fi update to contamination/decontamination spacecraft issues as well as real space mission’s quarantine facilities as the DSS will, definitely, need them.

Thanks for your patronage and stay tuned!

The thumbnail of the "water bear" aka tardigrade is priceless =)