It's that time of the year when we embrace all that's spooky and scary and let ourselves slip into a frightened bliss. We want our game to be no different! For the next week or so Oak's Corral will be the embodiment of Halloween. Happy and spooky jack-o-lanterns lurk about the map, as well as a few new pokepals for you to catch and battle with. Yep, that's right now you can play with your very own Zubat or Gastly! 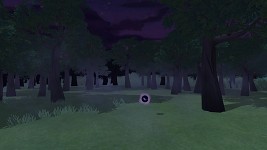 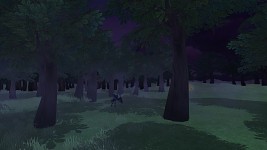 You can catch these guys down the river by the lake in the forest. While the other Halloween content will disappear in a week or so, these two guys are here to stay! The compliment of attacks you can find on these guys are similar to the starters, tackle, dodge, guard, but with their own special attacks:

We've also added a small minigame. As part of Halloween festivities you can collect candies. For collecting 21 regular candies you will get a pumpkin head as seen below. There are also golden candies hidden around the map. Collecting all these tricky treats will grant you an extra spooky cosmetic surprise! 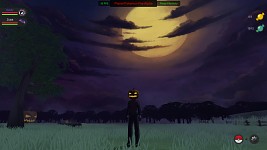 We hope you guys enjoy this festive and spooky update to the prealpha. Grab the download on our forums here: Forums.planetpokemon.net We've generally planned to keep prealpha changes to a minimum but we thought Halloween was too fun so we had to make an exception. And remember, after Halloween passes and Oak's Lab goes back to normal, you'll still be able to find Gastly and Zubat roaming through the woods.

This is so awesome!! you guys are the best

It is a really good game,but i'm asking;are u going to fix a little the pokemon's attacks??? it's a little lazy,awesome,but lazy(I love it anyway).

The pre-alpha version that is out now won't get too many significant changes, so the attacks will pretty much stay how they are. However once the alpha comes around everything should work/be better.

Like legiticism said alpha will see completely revised combat system. We've learned a lot from play testing the prealpha and plan to take those changes to good use in the alpha.