Big Summer Update #1 is here, including new characters Jack & Jill, AI cars, and more! PLUS, pick up the game at a discount during the Steam Summer Sale bebe!!

Steam Summer Sale! Pick up Guts and Glory on Steam now and save!

Earlier this month, you guys voted for the new content you wanted to see in Guts and Glory and now it’s here! 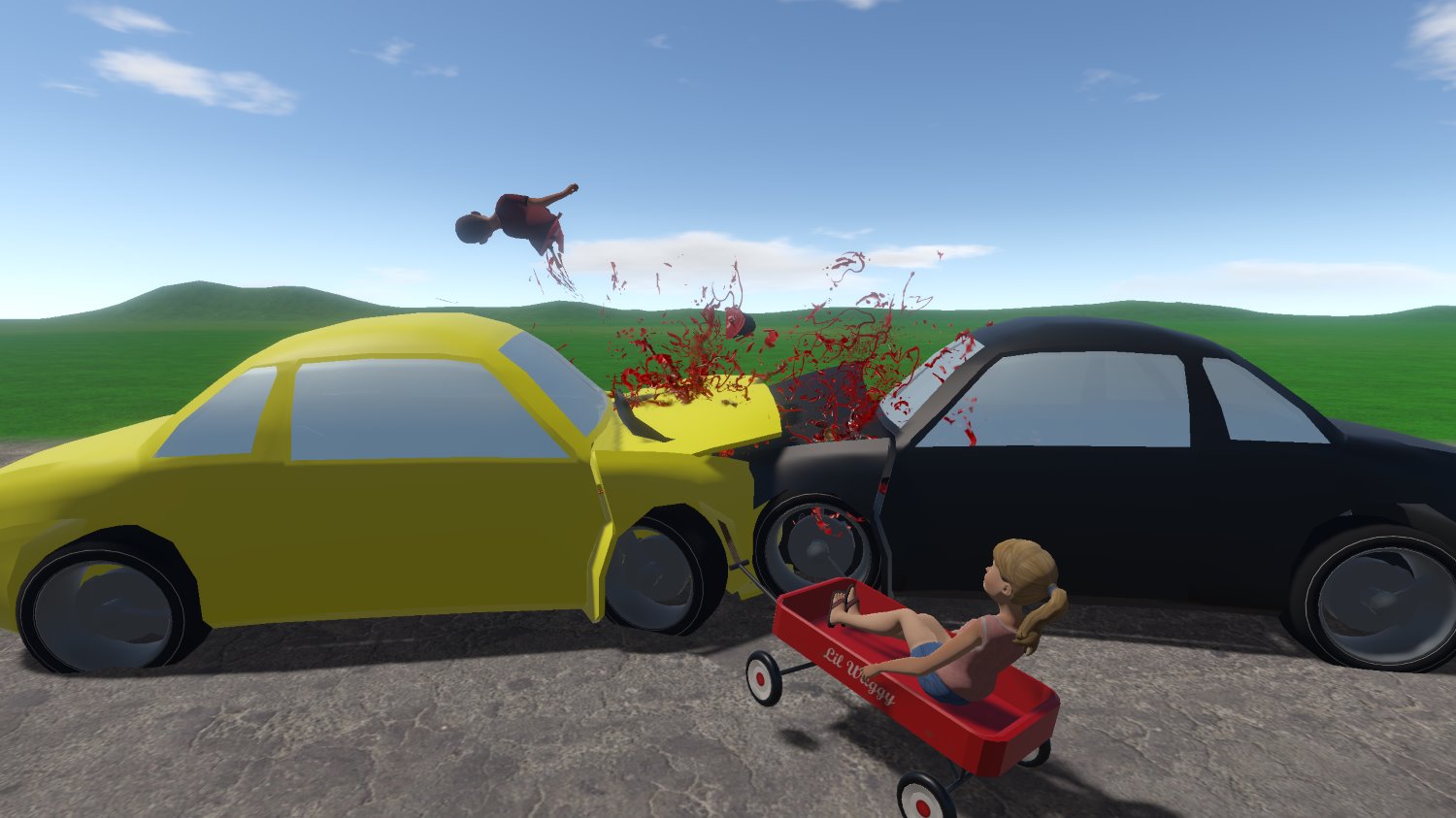 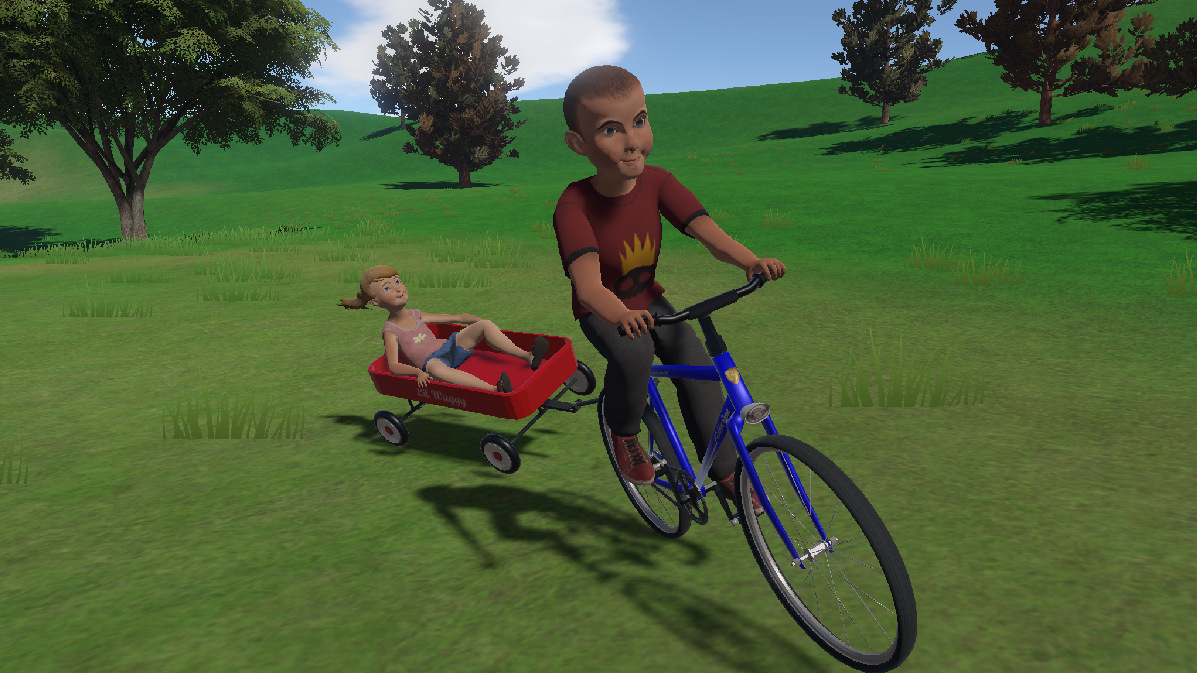 Jack and Jill went up a hill… and then they rolled down in pieces.

This week Guts and Glory gets a brand new set of Class A characters! Trying to make it to the finish line with sister in tow can be a real challenge… but if you just get tired of her you can disconnect the rope at any time! (Just press the new Eject button once.)

Jack and Jill are just two fun-loving kids. Brother and sister, actually. Unlike most siblings, they get along well together (most of the time) and love to go on adventures any chance they get. As long as they’re back home in time for dinner, their parents pretty much let them do anything they want.

While getting slushies at their local convenience store, they saw a poster for The Guts and Glory Games and signed up the same day (there’s no age limits, after all). Now they could go on “the ultimate adventure” and win a ton of money! Great idea, right?

Jack rides a child’s version of the popular Golden Goose brand of bicycles, and generally tows his sister around in a small “Lil Waggy” brand wagon. They’ve gotten pretty good at doing jumps and stuff, so they're totally ready for this. 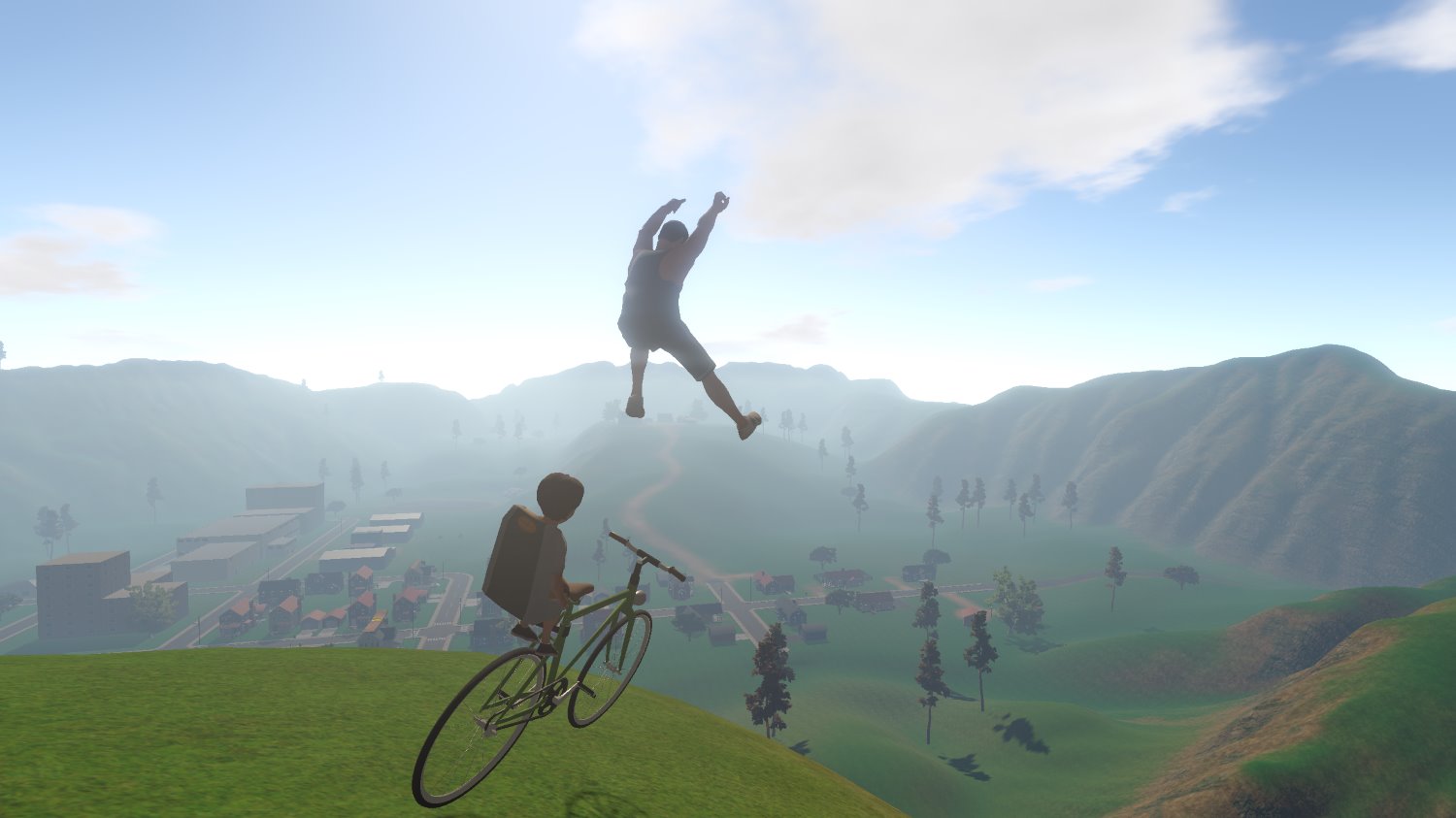 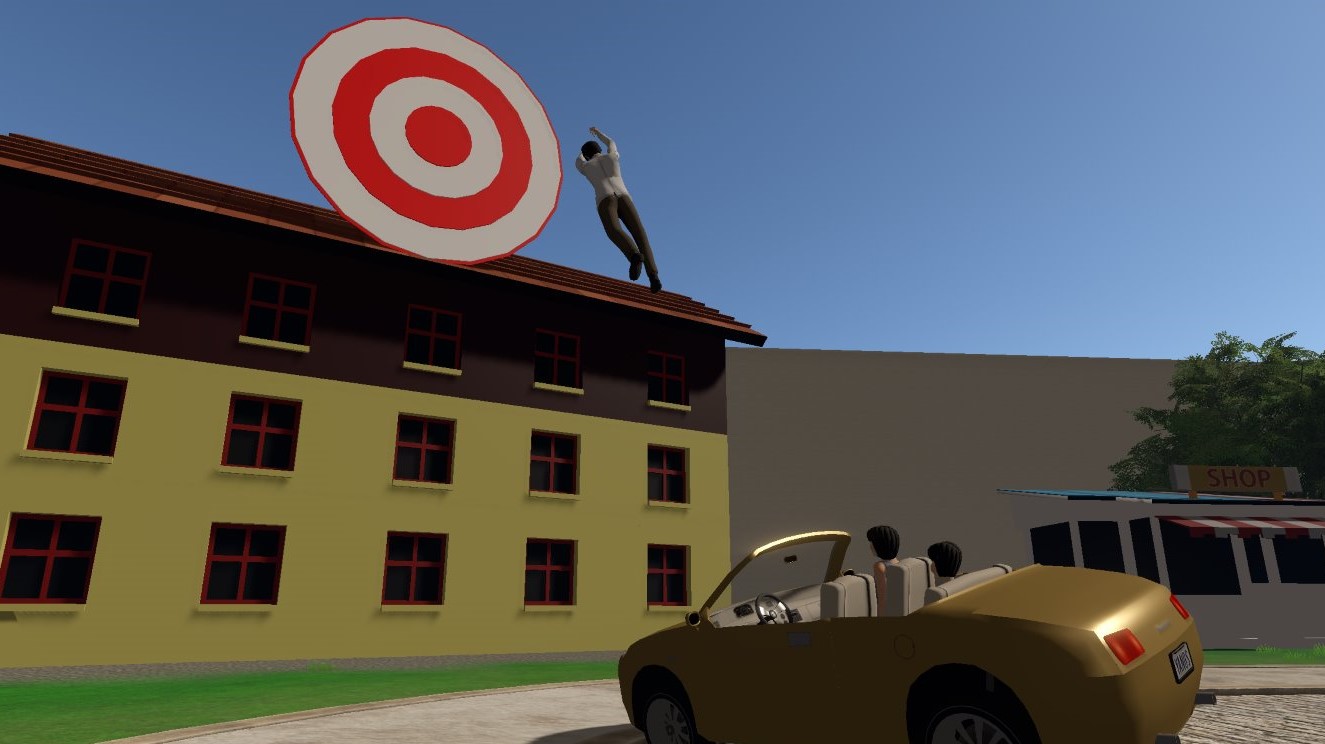 At last! You can now manually eject the driver at any time.

Just press the “Z” key to launch your character from their seat (“B” button on Xbox controllers | “Circle” button on Playstation controllers).

They’ll go flying in whatever direction the top of your vehicle is pointing, so lots of creative level design potential here!

If you’re using Jack and Jill, the first press will disconnect the wagon. Second press will eject Jack.

I also removed the need for the main character to actually be alive to finish a level. This means you can even complete a track by ejecting yourself across the finish line!

What kinds of tracks will you make with this new feature? 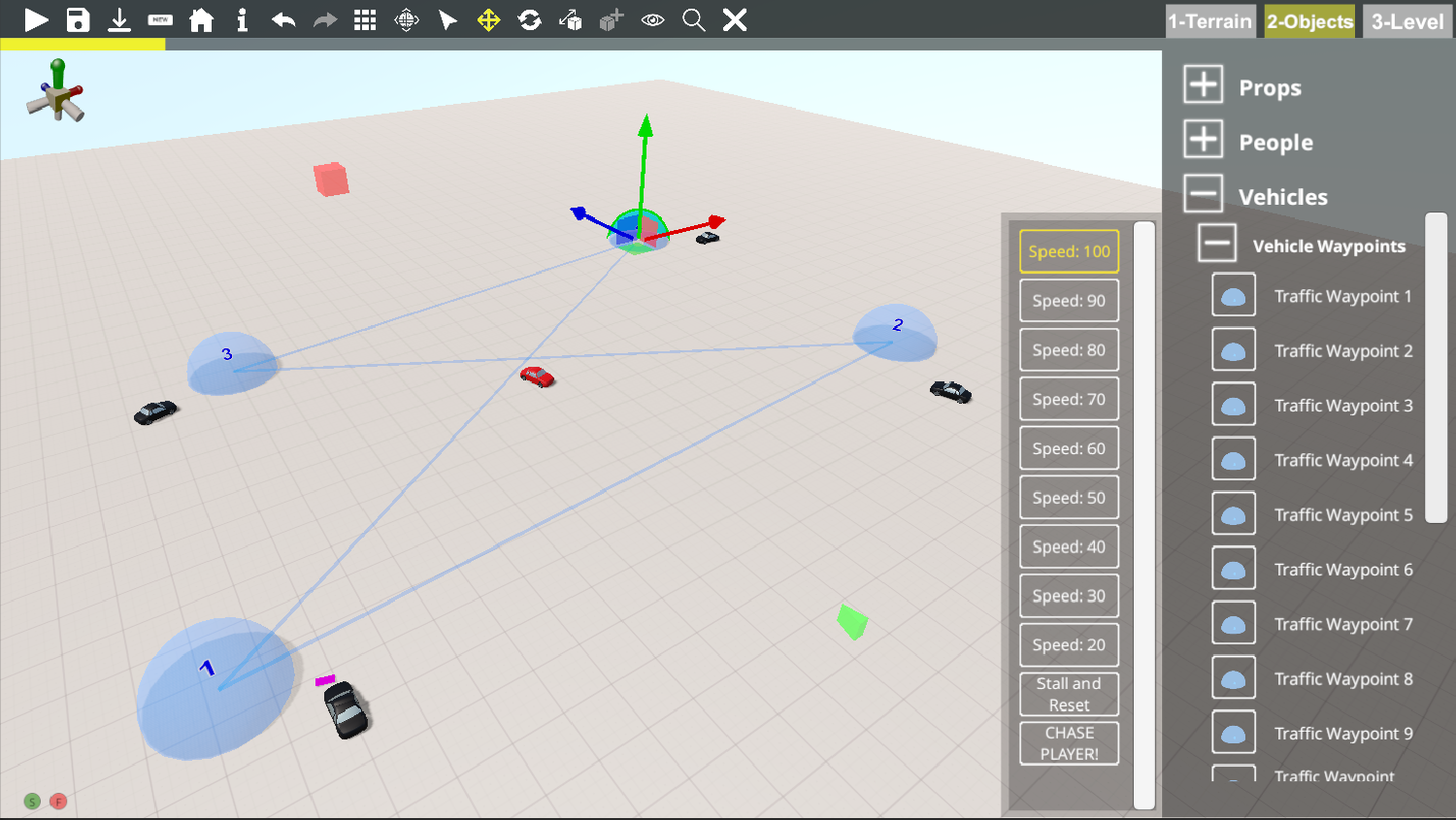 You asked for it, you got it. AI Vehicles are in the game and they’re even destructible!

Like almost everything else in Guts and Glory, these vehicles are physics-based. They’ll be affected by ground traction, wheel slip, collisions, broken parts, etc. They’re currently in an early stage, so the 3D models and textures are basic. After they get battle-tested in this update, I’ll convert to final graphics and add more vehicle types, based on future community votes.

Each AI Vehicle also has 10 different paint options, to add variety. These simple skins will be replaced by final versions later, and more vehicle types will be added too! 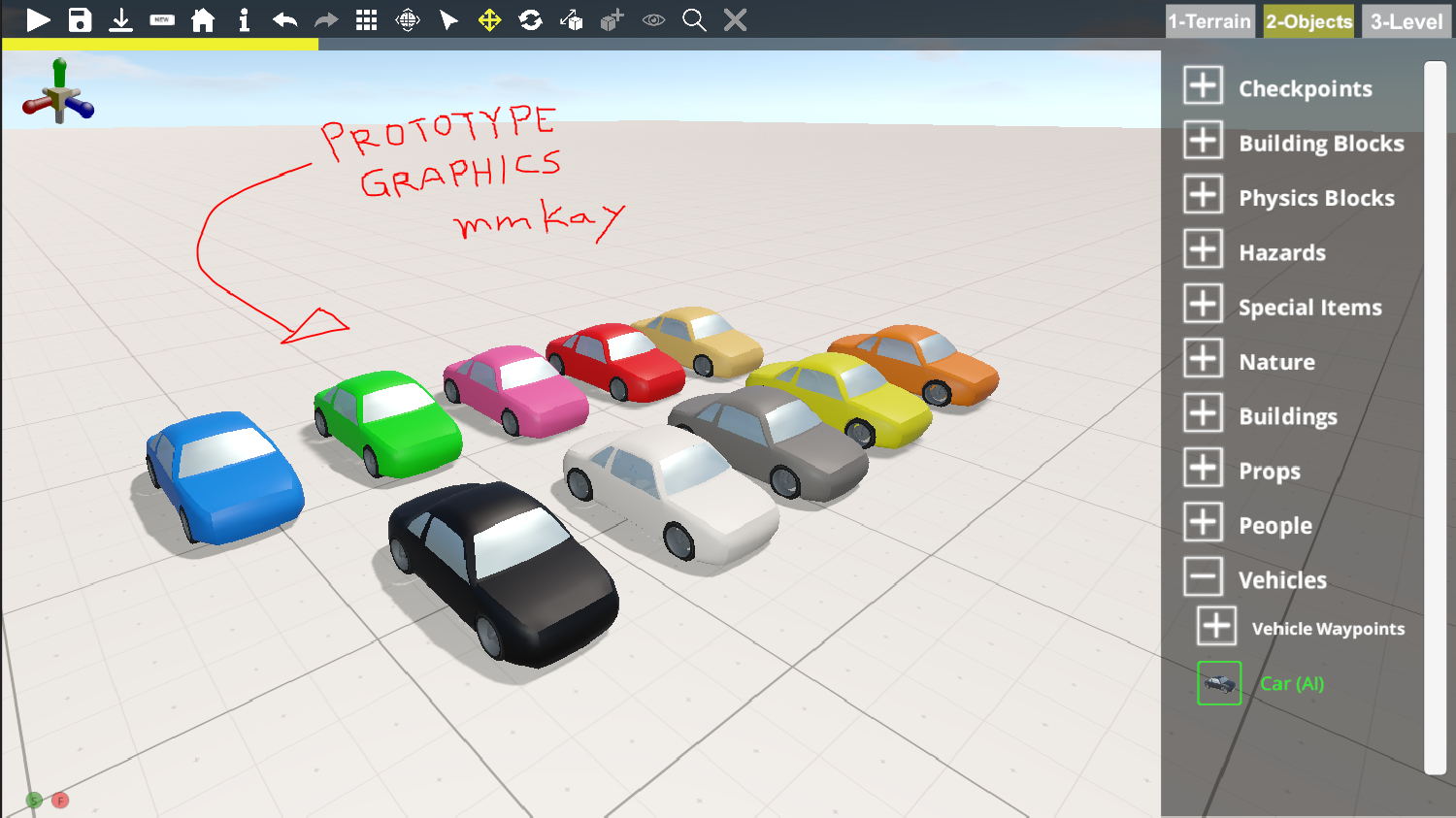 Using AI Vehicles is super simple:
1. Drag-and-drop Vehicle Waypoints. They’ll be auto-connected as you add/delete them.
2. Tweak Waypoint Options. You can set Approach Speed, Stop, or even Chase Player per Waypoint!
3. Drag-and-drop AI Vehicles wherever you want them to start. Anywhere! They will automatically find their closest Waypoint and start following the path.

I also just finished porting a bunch of content from Larry’s levels over to the Level Editor. You can now make your tracks even more epic with these fine additions: 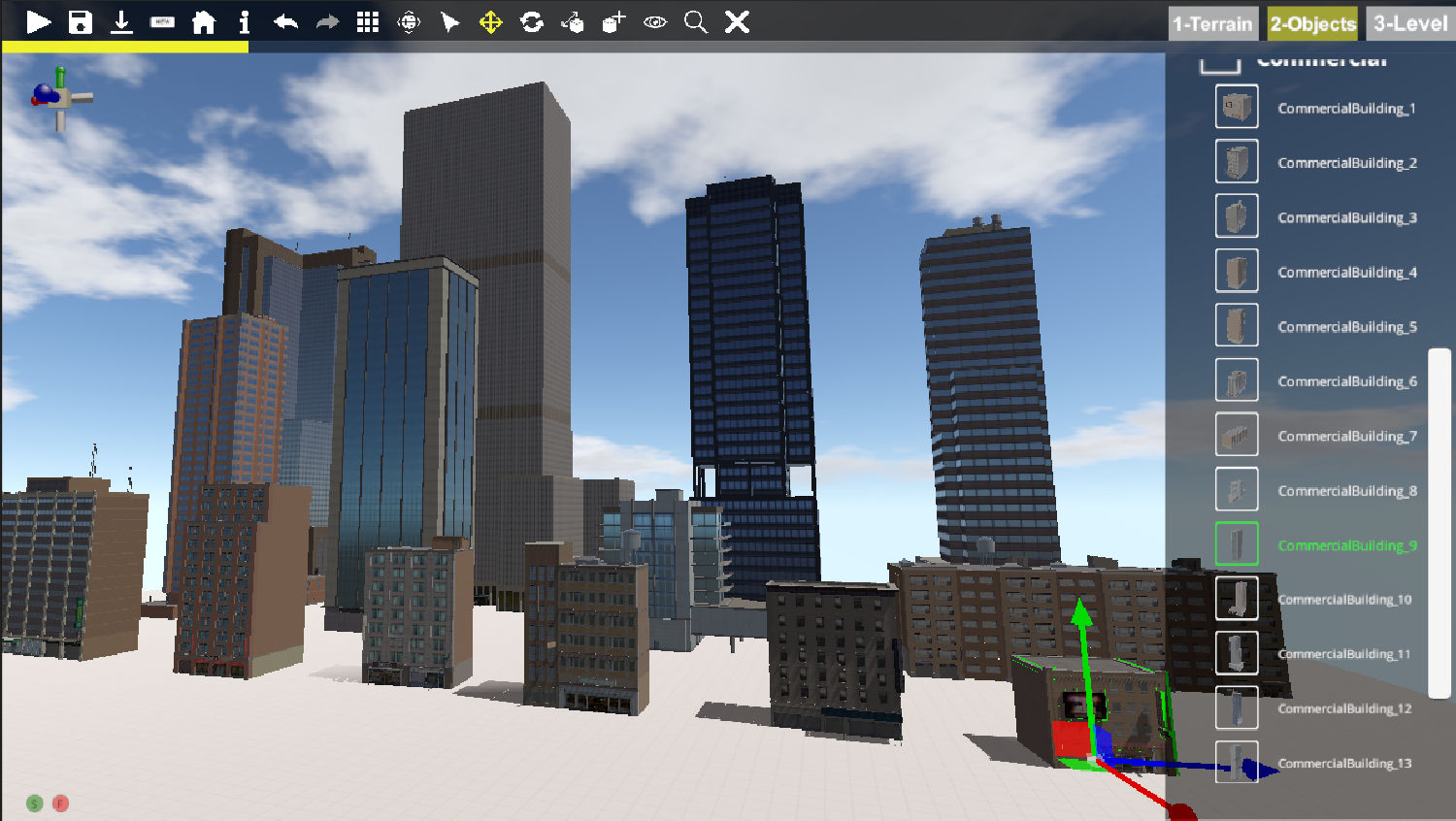 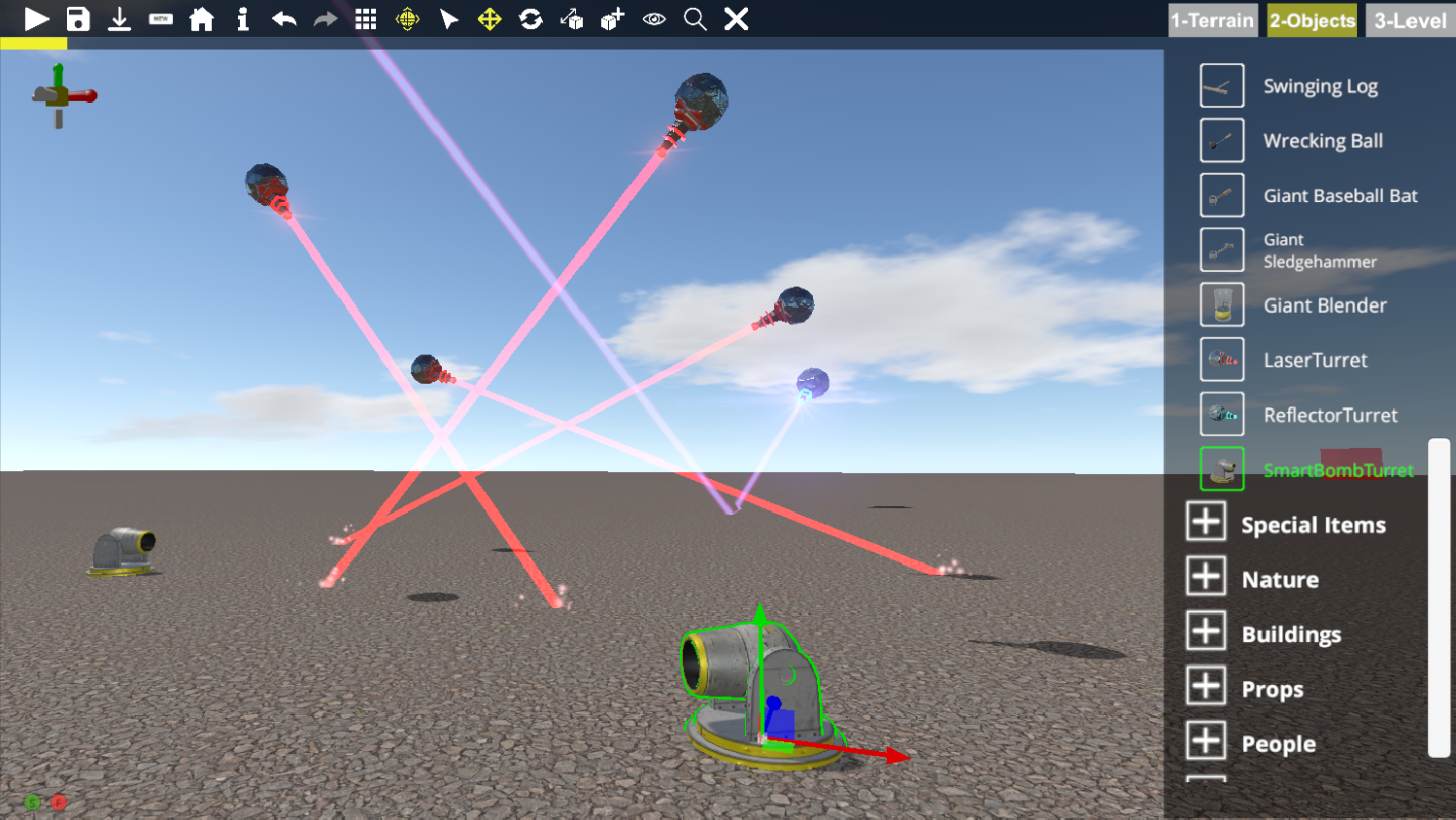 As usual, I’ve made several other improvements and bug fixes during development. These include: 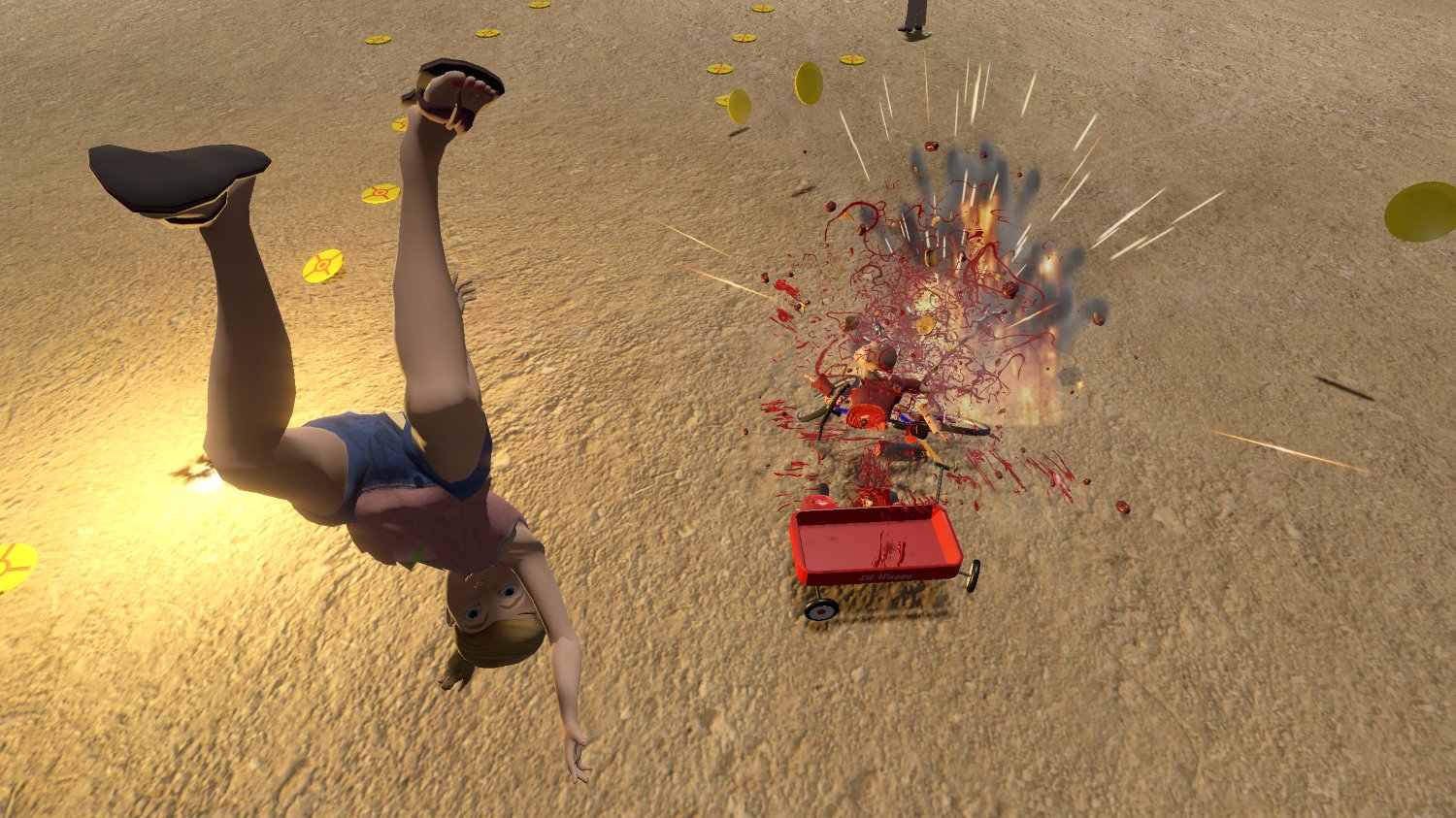 You can pick up Guts and Glory for a discount this week during the Steam Summery Sale!

This is absolutely fantastic! Really glad you guys are still putting a ton of effort into this game and now that we have a workshop the possibilities are endless!

Thanks! Yeah, I'm putting a lot of focus on the workshop and community content throughout the summer.