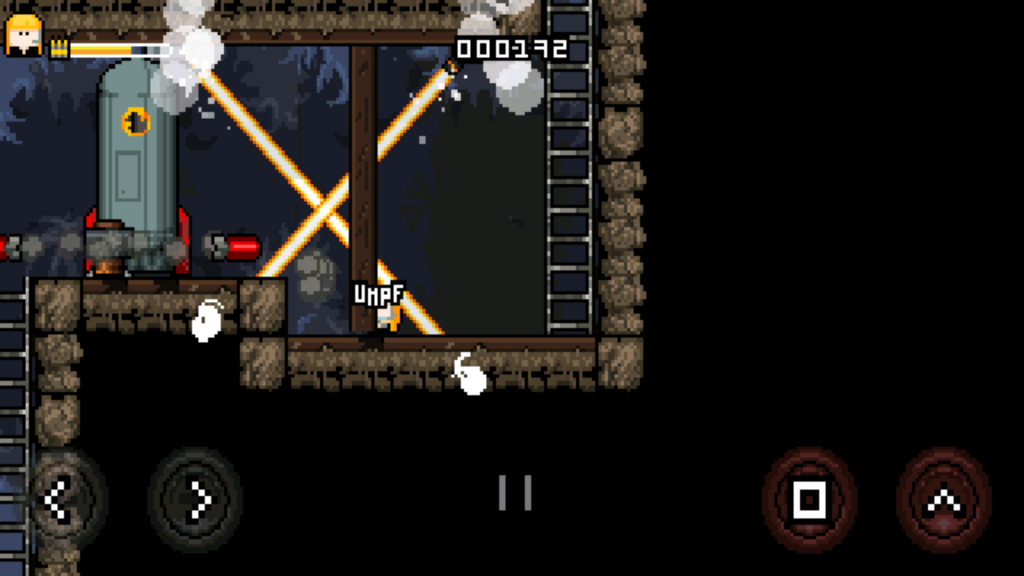 After last weeks "week of bosses" this week was all about the small stuff. The little details on basically everything in the game. Graphical effects, sound effects, balancing and bug fixing!

I've also been working on the 2 player co-op mode. This is mostly doing a lot of testing to make sure the environment and monsters all interact with both players. For example, the first few runs all the enemy bullets just ignored player 2, and doors didn't function for player two when player one was near (the door would notice player 1 and thus completely ignore player 2!).

Most of that is all minor stuff and easily fixed, and sadly for you guys, it's not interesting enough to make screenshots or video's from! 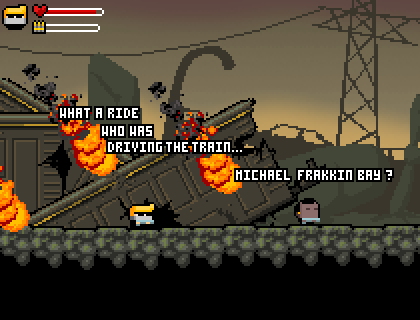 Luckily, on top of all that, I've been adding short animations/cut-scenes to the game to make it all even more epic and action packed!


I also finalized on how the process of your energy and rescued hostages works. Every building in the game has one of the Gunslugs locked up in a cage (only those you actually unlocked game wise). When you rescue that Gunslugs, you become that character and your life energy is refilled.

Each character also comes with his/her own weapon and possibly some other statistics need tweaking (running speed, or how enemy bullets react to you to name a few).

All in all I'm very pleased with the progress made the last few weeks. I've managed to play a co-op game, and also did a solo-run lasting well over an hour and only just passed the half-way point of the game.. not bad!

Some things on the ToDo are: creating the graphics for the area six outside and inside levels, creating the two (or three) final bosses, improving the weapons and keep play-testing the game!

Wow, that pixel art style is beautiful! It's cute and cuddly, but gritty at the same time, and it has an unique feel to it. I'm gonna track this game. I'd love to play this when it's done.

PS.: I actually like Michael Bay, but the reference was really funny. :P

haha well I also like Michael Bay, just thought this was a funny way to reference his cool explosions and stuff ;)

and thanks on the art style! glad you like it