Part 2 of our Early Access Roadmap. Topics include the Rune system, our views on DLC and its place in Grimoire, and Art & Sound. 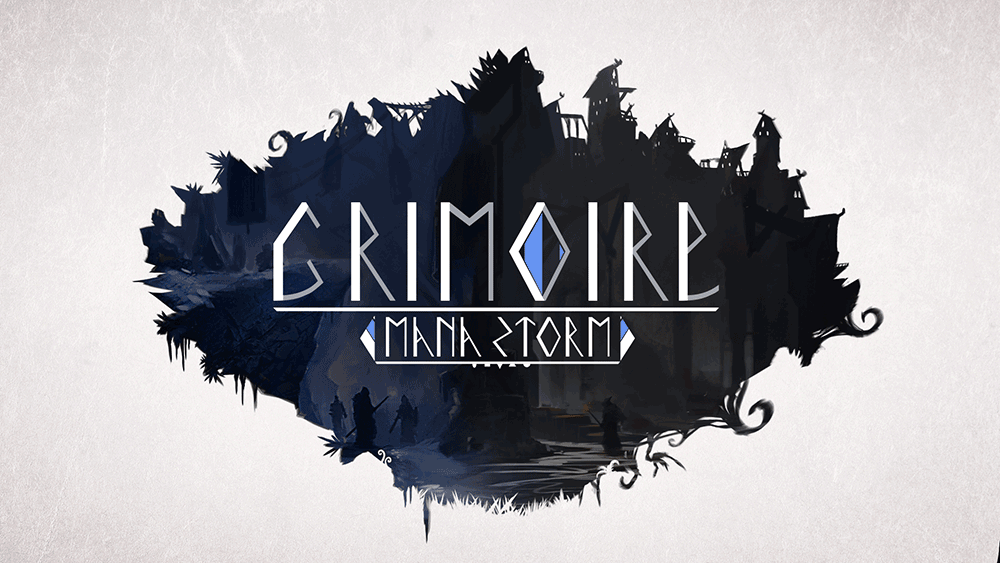 Rune System
Sooner or later every gamer wants to customize something. Whether it’s changing your costume in Street Fighter or building a world in Minecraft there is something wonderful about setting things up just the way you like them. For Grimoire: Manastorm, the rune system is your creative tool. Each and every spell (including passives) will have unique customization options that enable you to create custom class builds. There are a few key design values driving the Rune System:
1. Runes are a meaningful change, not an upgrade.
2. Runes push classes into new roles (i.e. support) or specialize them into existing roles.
3. Runed spells are different yet familiar.

The first value is simple; we don’t want runes to give veteran players a significant advantage over new players. The changes are meaningful because they are more than +5 damage or +1% projectile speed and runes will be “lateral progression” rather than a straight bonus in power as you level up. 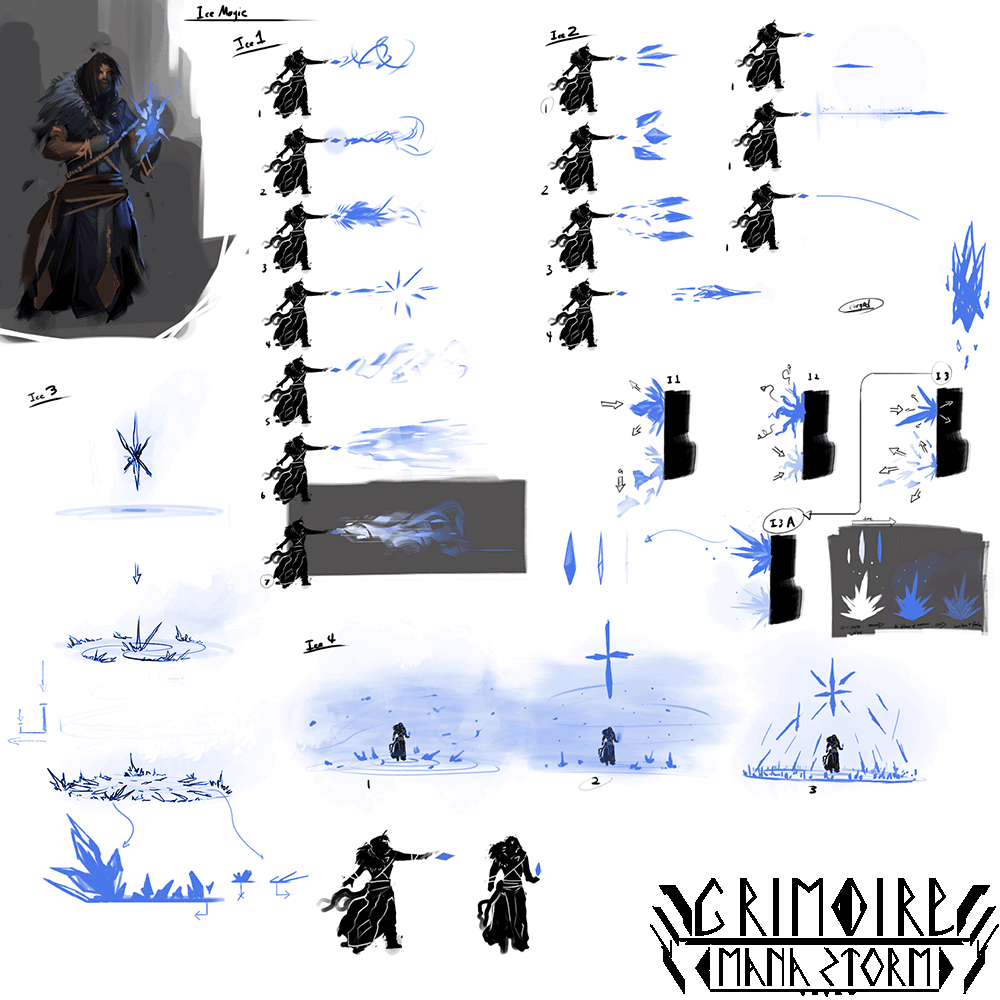 The second value focuses on the variety we want to achieve with runes. For example, the Ice wizard is specialized in rushing down enemies at close range. A Rune could change the Ice ultimate to something you can target and leave at a location (rather than something that follows you around). Another Rune might lower the damage and increase the number of projectiles Ice Spikes (Ice right-click) creates. Combined, these spells would allow an Ice Wizard to easily hamper any attackers moving through an area- effectively shifting Ice’s role from aggressive close-range to area control and harassment. You can also mix and match runes from different styles to make your own custom kit.

The final value may seem odd, but it is critical. If runes change spells too drastically they won’t be recognizable from their original form. This creates a problem known as “burden of knowledge”; which forces new players to learn every variation of every spell in order to play effectively/intelligently against them. If you look at the examples given for Ice, you’ll notice those spells aren’t being drastically changed- they’re simply being applied in a different way.

In a nutshell, the Rune System is a way to reward veteran players with more styles of play, rather than more power.

Articles of Conflagration
‘The heck?’ you say. Well, it would have been dull to say “Art and Sound” so a bit of wordplay later and… Aww, forget it. The point is: we are putting a lot of work into making things go boom. Tons of new spell effects have been pouring into the game week after week but they are far from the only art being added. We’ve got new stuff to blow up (environment art) planned for four of our five Conquest maps, and both FFA maps. Along with the environment art the conquest maps are getting special map-specific weather effects and NPCs. We expect the maps, aside from general layout, will be nearly unrecognizable from their current look three to four months from now.

On the player side of things every wizard is getting shiny new animations. Each wizard will have unique spell casting animations that better represent their element (think Avatar... not the blue people one). And what would new animations be without awesome new character models to go with them? Not nearly as cool as the new models that are currently in production. Soon your in-game character will look like the one you choose in the class selection menu (shocking!). Even better, our Nature wizard is being roughed out right now: 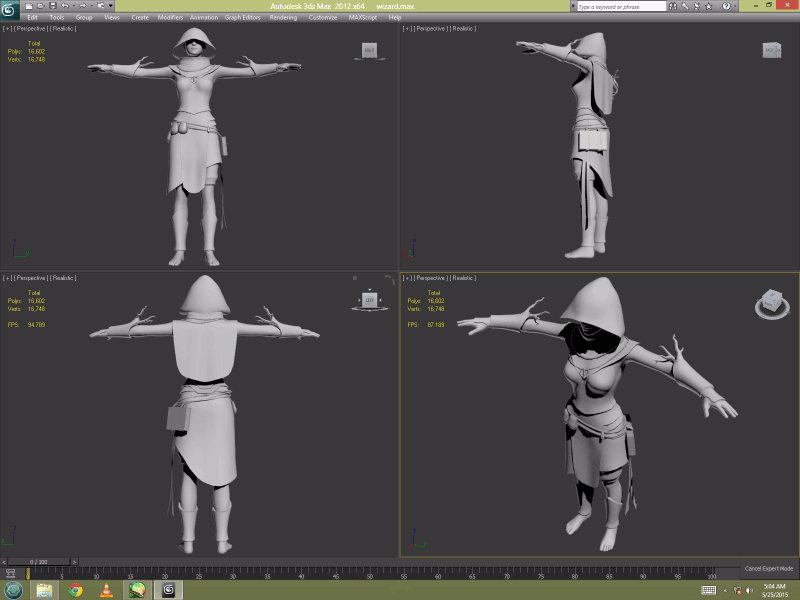 Beyond art, many new sounds are on the way. New spellcasting and explosion SFX are being made for most of the spells, and new ambient effects are coming for the maps. Perhaps most exciting are the voices planned for each of our six wizards, but more on that in a future blog post. Finally, most menus have been updated in the last couple months and you can expect to see the final menu updates arriving by the end of June.

Tightening Up The Graphics on Level 3
After months of rigorous training with Mr. Miyagi our wax on-wax off skills are ready to be applied in a frenzy of polishing. Grimoire is getting ragdoll and element-specific death animations, lighting effects on explosions, stereo sound for first person spell casting, better menu animations, a death recap screen, tons of decals and texture painting, and a host of other polish-related things too numerous to mention. Our polish kung-fu is strong, check out this crane stance: 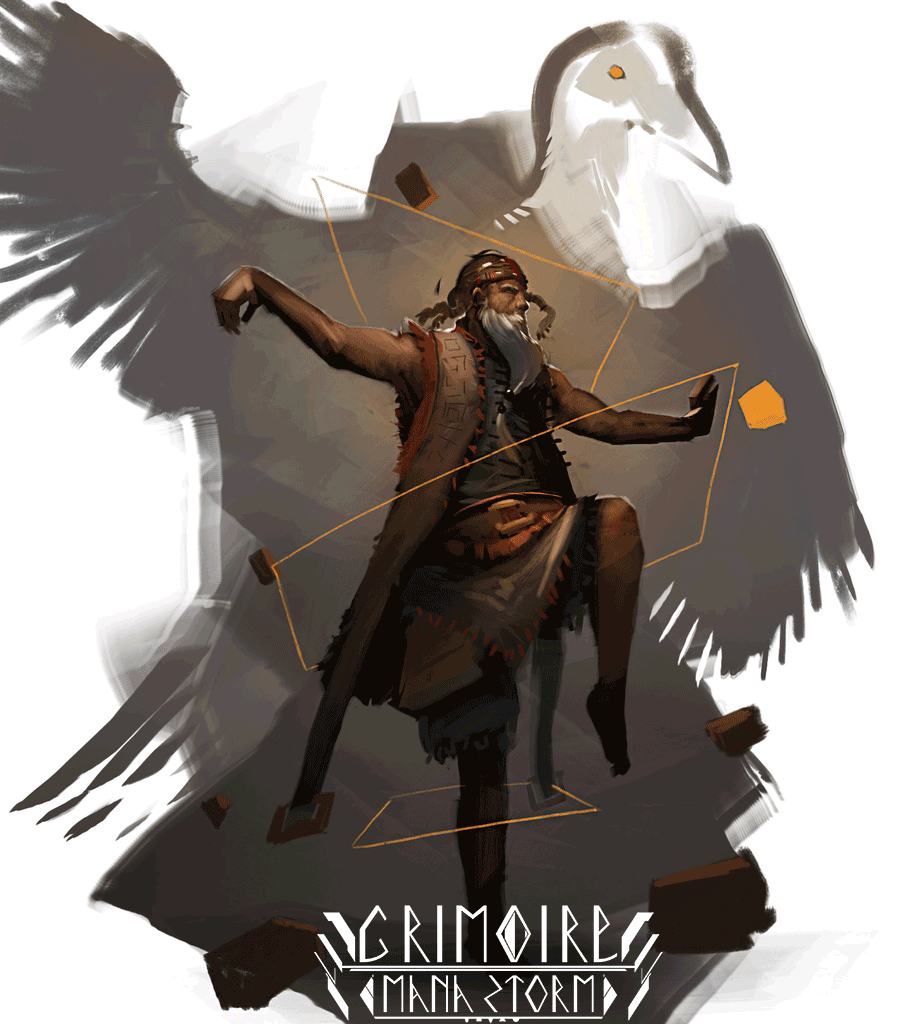 Deliver Less Content
The acronym DLC has become a curse, an epitaph, a really crappy thing developers do to gamers. It often means “Deliver Less Content”, where content that should have been in the base game is taken out and turned into paid DLC. That isn’t happening to Grimoire: Manastorm, but something that looks similar on surface might be.

Throughout development we’ve tracked populations on Indie multiplayer games and the verdict is in: its hard to build multiplayer communities. Really hard. In combatting that difficulty one option stands out: free-to-play. It’s not a silver bullet, but if you have a good game you’re going to get players, and if you have a good game that is free: you’re going to get a lot of players. We want to give Grimoire: Manastorm a chance to build a thriving community and that means making it accessible to the greatest number of people possible.

This is our plan: make two classes free to play and switch the rest to a DLC/Content purchase model. But don’t be alarmed, everyone who buys Grimoire in Early Access will get this DLC for free- even the content we make later on. You guys, our Early Access players, are responsible for helping us create this game and we have no intention of ‘milking’ you for DLC dollars. On the contrary, we believe that a free-to-play model will help provide fans of Grimoire with people to play against for years to come.

However, this is only a plan. We have not yet taken major steps to achieve this aside from making it a programming consideration so that adding the system isn’t a huge headache later on. Because this is such a major shift we wanted to hear from the community. What do you think about Grimoire: Manastorm as F2P game?

We hope you enjoyed getting a peek at what’s in store for Grimoire, and we’ll see you in the playtests!

I understand you guys are focusing more, which means less content but higher quality, which I think is good. What is the likelihood of modding support, and are dedicated server tools for users planned (which would be needed for modded servers) with extensive customization options for host; such as game mode options (tweaking time, score) to stuff like gravity, movement speed etc.

We are planning on adding as much modding and customization options as possible. This will most likely be one of the last things added or patched in after final release though. If the game gains a larger audience before then though we may add it sooner.