Lately I’ve been really busy and had not much time to write detailed reports, so this time I’ll talk less and show more.

Valve‘s announcments about Greenlight is about to close are forcing me to push the development even faster. No one knows how this story will end up, but I think it’s much better to make it through before the $100 doors will close:)

First of all I’ve prepared all the tools I’ll need to create long-awaited animations. Also a lot of changes have been made to character rendering code about animation and about their look in general. I’ve made a system, which generates all the citizens variety: clothes, faces, hats etc. There’s also different clothes for different seasons.

Here’s how my animation tool looks: 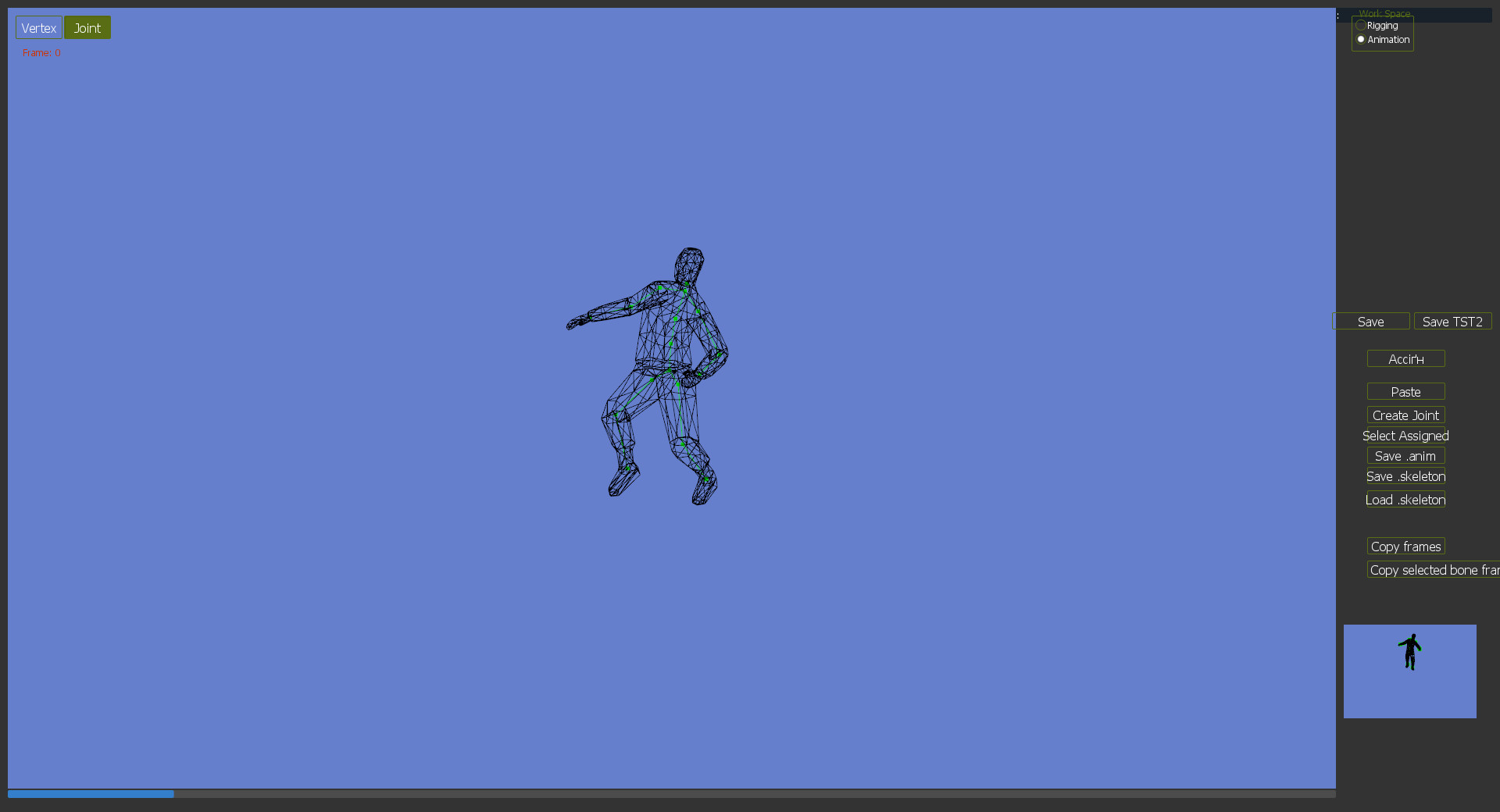 It may seem too simple, but with it’s help I’ve made the first animation, that I’m satisfied with in my entire life:

Now in short about my advances since the last report:

2. A concept of persistent and temporary workers (laborers). Laborers are only getting payed when doing their jobs. It is handy for seasonal work on farms or resource transportation.

3. Added resources models to be shown while storing or transporting: 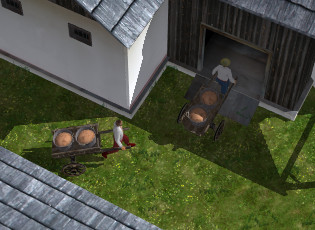 4. Added a WIP model of tavern as well as basic AI for citizens to visit it: 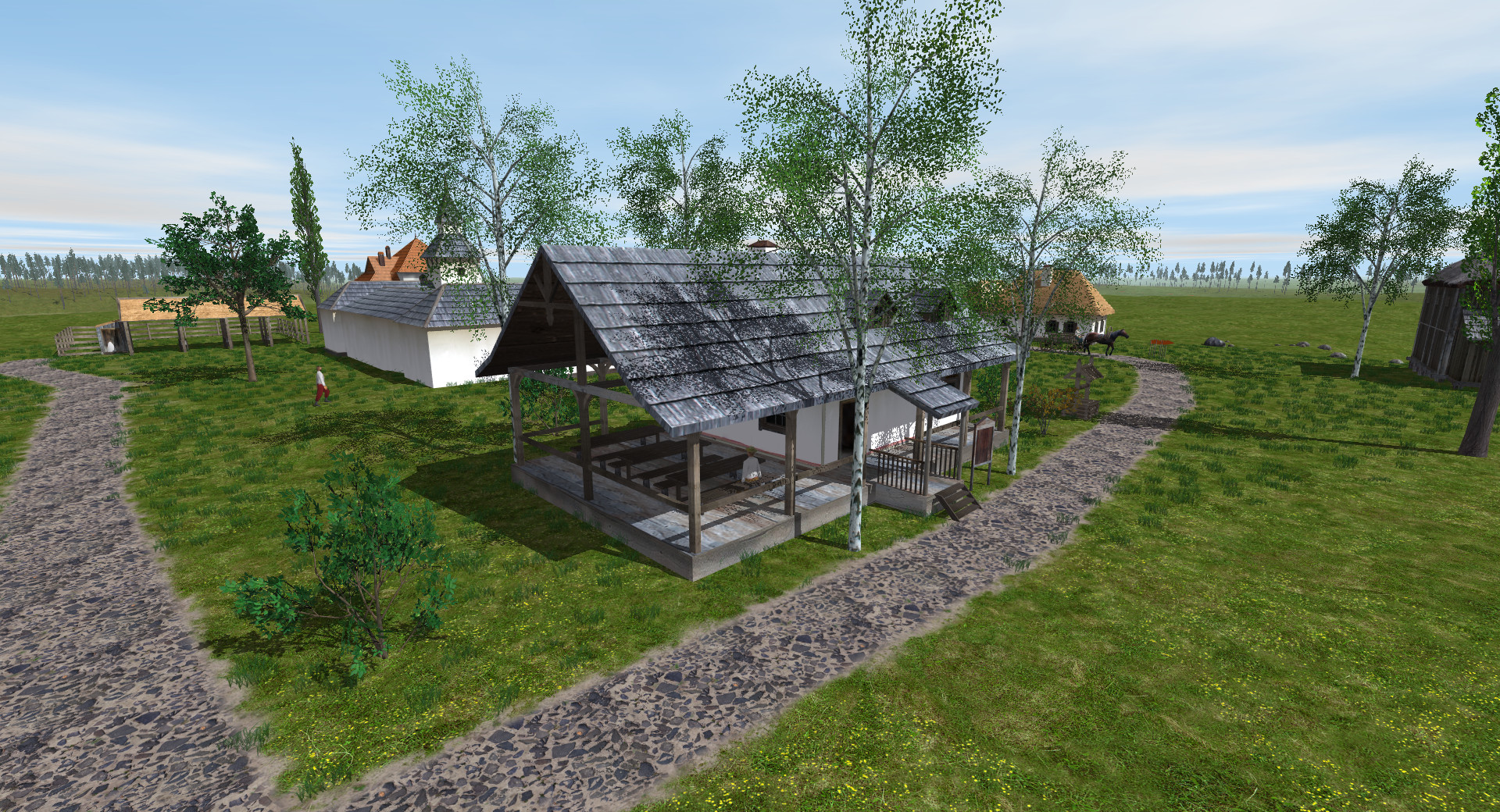 5. Added a tree, which is an essential part of Ukrainian landscape, along with all required season-change data: 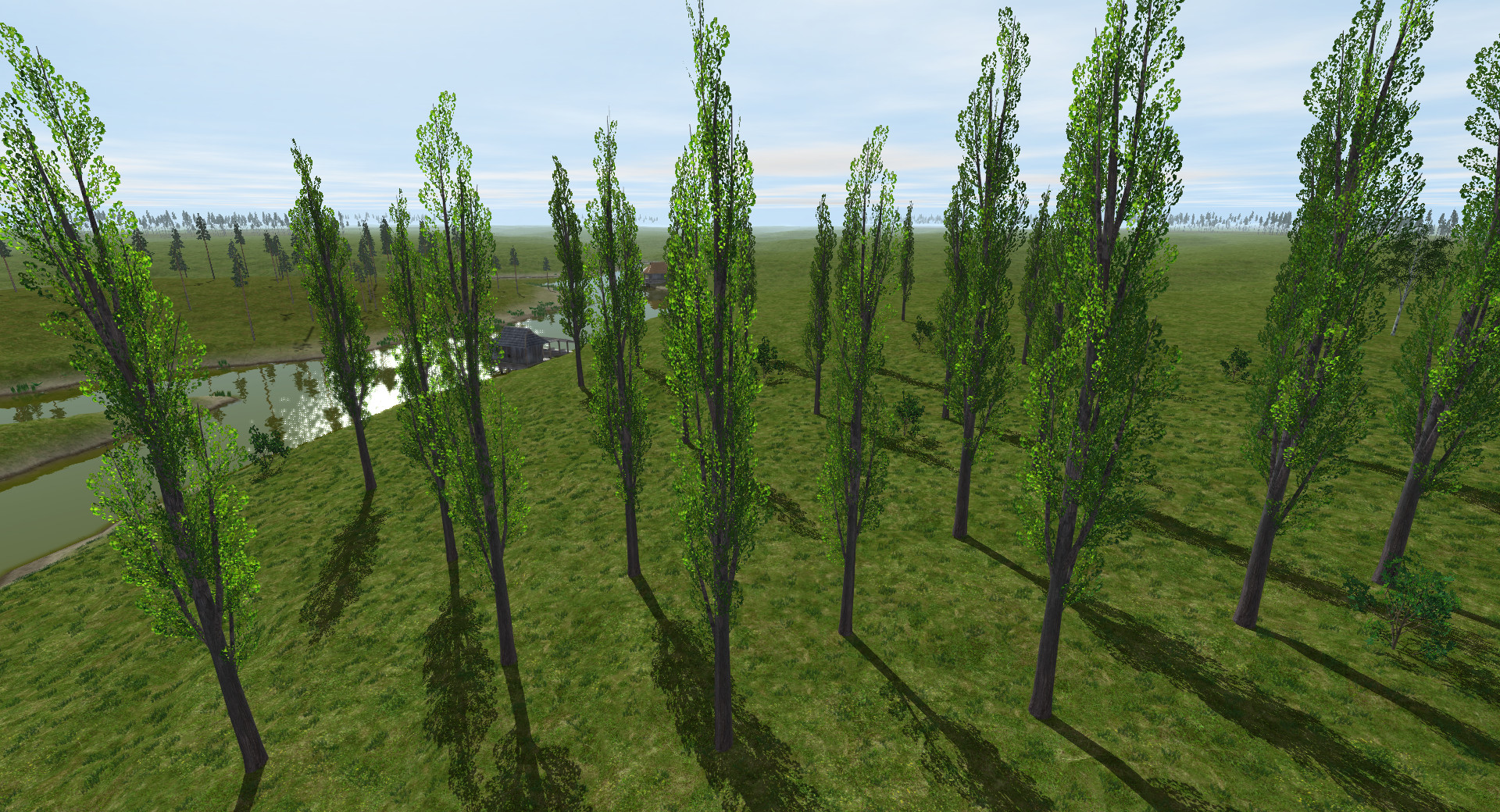 6. A lot of important but invisible work on save-load code. 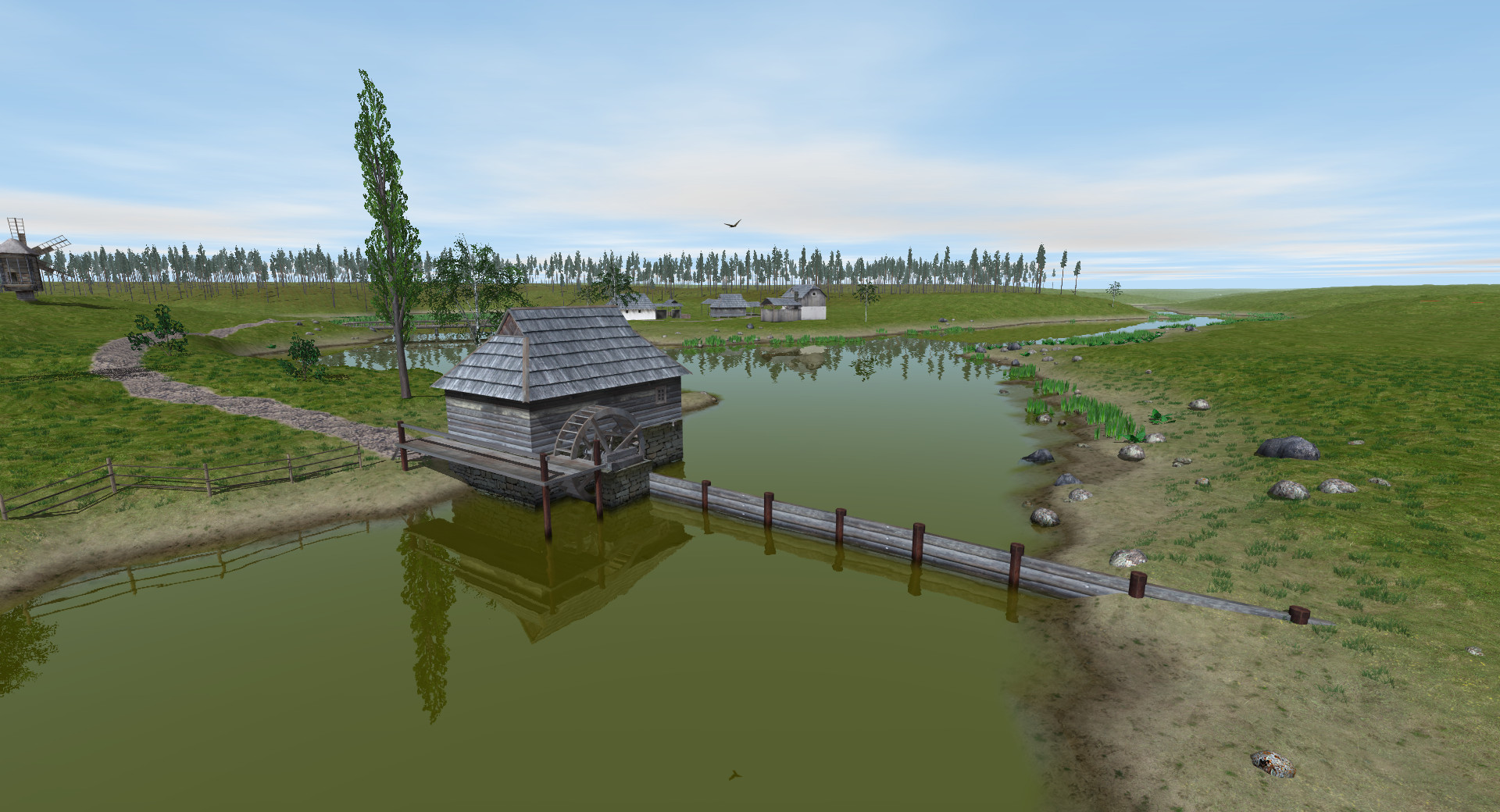 10. Last couple of days I’ve been working on new landscape modification technology. It seems to be simple enough and have decent performance. Currently this system is applied on the clay pit simulation, so it becomes deeper as workers dig more clay from it. Maybe if I’ll have time I’ll describe it in more detail. But now I’m just showing how it looks: 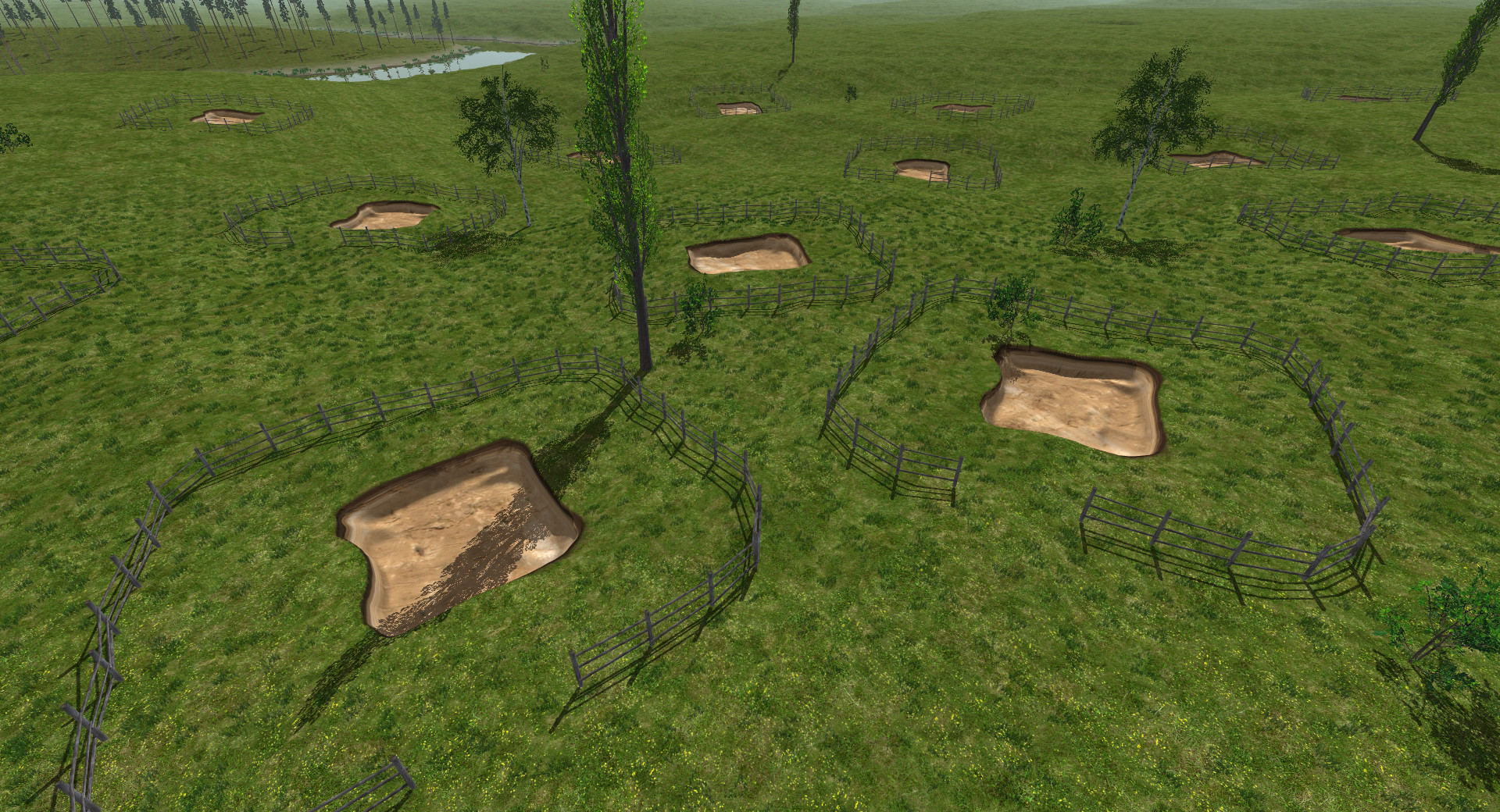 That’s all for this time. I hope next time I’ll be announcing my Steam Greenlight campaign. If not, we gonna still have a nice trailer:)