During the last 10 days I was working on some sounds effect and I decided to bring them into GS. That also led me to fix some of my mistakes I made before. In result the mod should now be in a more stable condition. Also good guy Simcardo was good enough to share his cool looking HUDs for armored vehicles with GS. And with help of the Neo82 , GS now has a multiplayer support. There's a dedicated server on which you can play GS against other players. In order to play on this server you'll need to download a "BF2ModLauncher". Start it and ingame you'll be asked to make a new online profile.

There are 2 cool things about BF2ModLauncher:
- First, the profile that you'll make there, can also be used to play other mods (AP,PR,FH2 and so on).
- Second it won't make any changes to BF2 files, which means you could at the same time have e.g. BF2Revive installed and play it if you wish on their supported servers. The profile that you make with BF2ModLauncher is different, NOT connected with e.g. BF2Revive, GameRanger and so on. 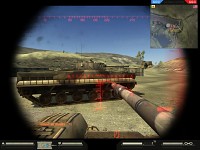 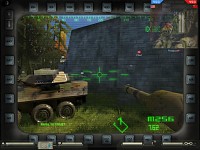 Sample of the new sounds effect:

I like new crosshair ! How do I could design something smilar for SOW3.0 ? Any tips would welcome.

I'll send you a PM

We can see the unlocks switch... Is this possible to use in singleplayer?

Unlock switch is ONLY for SinglePlayer. Multiplayer works differently.