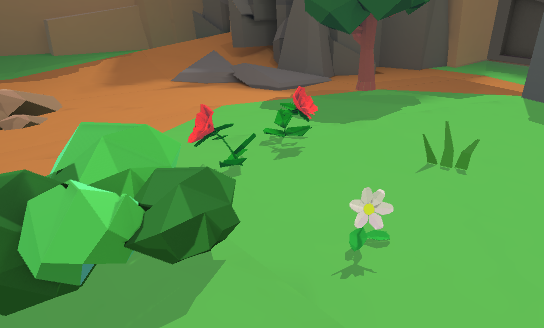 Img 1 : Flowers and plants in the ground, eventually bear will be able to pick these up. 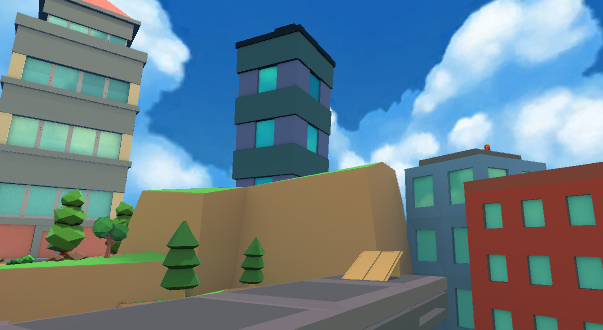 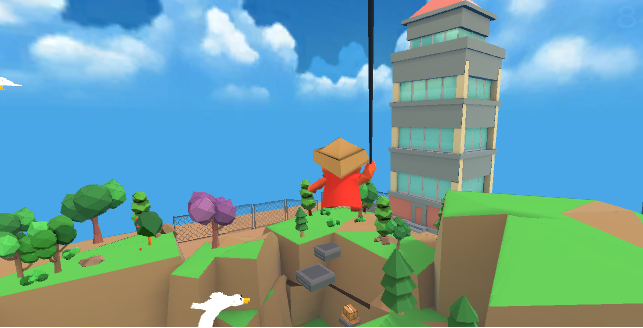 Img 2 : Swinging still-shot, eventually I'd like it to resemble spiderman swinging mechanics.

Img 3 : In engine gif just showing how it works, by lerping between two calculated vectors.

Img 4 :Lowering to the ground to the top of a building.

Img 5 & 6 : The two above showcase grappling from grapple to grapple, forward and backward.

Img 7 : Claiming a stall for bear to sell the items he finds..

Img 8 : Sprinting and running off ramps to gain height.

Thanks again for reading! Just a quick summary, the game has recently shifted direction to focus on shop mechanics combined with platforming and looting to sell items. The game overall will be fairly small, likely to be constrained to one city map initially as I'm the only one currently working on it. If you guys had any ideas for mechanics or general additions to the game feel free to drop a comment! Hoping to improve the grappling soon, as its not very user friendly at the moment. The dog character will also still be in the game as a playable character.. but I'm mostly focusing on having the bear complete for a demo!

when will the demo be out?

you should add an upgrade system in the game where you can use the points you get from selling things to upgrade the characters abilities or buy new abilities like a jetpack,double jump, wall running, and extended grappling range. Also will there be enemies and if so will there be weapons? If there are enemies then I think it would be cool if you could use the grapple to fling them into other enemies. can there please be a insanely huge boss that you have to swing around avoiding its attacks and climb on? (sort of like shadow of the colossus) well those are my ideas for what should be in the game. I know some of them are a bit over the top and probably difficult to make in games but those are my ideas so enjoy.